How could you not ship FitzSimmons after that huge (!!) reveal in the series finale of Marvel’s Agents of S.H.I.E.L.D.?! Of course we’re referring to the portmanteau of Iain De Caestecker’s Leo Fitz and Elizabeth Henstridge’s Jemma Simmons, an on-screen couple that even co-star Jeff Ward admitted to being a huge fan of. Prior to the airing of the finale on CTV and ABC, we got the exciting opportunity to speak via Zoom video with the trio of performers and the following is a condensed and edited version of that fun chat.

Can you talk a little about the big reveal at the end for FitzSimmons and the end moment for Deke?

Iain De Caestecker: There was a connection with our showrunners and co-creators, Mo (Maurissa Tancharoen) and Jed (Whedon), they have a young daughter, and she, in herself, was a certain kind of miracle and there was a similar thing with the show. So it’s a very fitting thing, but also for the evolution of those characters it seems like that’s the…you said a nice thing, Elizabeth, that was like it was a fitting end but also the beginning of another life for them. [to Elizabeth] I’m just stealing your stuff.

EH: [laughs] Everything you said was right.

IDC: I stole your stuff, so yeah.

EH: No, it was a lovely ending for them and it helped to explain why Fitz was away – it had to be something bigger than them, and for them, that would be their daughter. It was just so lovely to get to play characters that, at the start, were doing everything they could not to think of each other romantically to an ending, in season seven, of having this daughter that they both laid their lives on the line for, as an actor that was just amazing.

As an actor, I was just so happy to have Iain back, so I was happy he would show up at some point.

EH: But it’s been such a joy to play these characters and to be in a double act. We were the comic relief at the start. There was so much pressure on the show when we first started filming, and to be in a duo and to go through that experience with somebody else was so wonderful on so many levels. Our friendship, in a way, as we got to know one another, Fitz and Simmons started to see each other in a different light. It’s just such a wonderful journey to have been on with someone and I don’t know if either of us will be in this position again where we get to experience that.

IDC: I agree. I couldn’t imagine that experience without Elizabeth.

Jeff Ward: I always tell them this – I started watching the show and I became a big FitzSimmons fan, I just loved their scenes. It was funny because I would have weird times where Deke would be in the first half of a scene…there’s one scene specifically, I think it was season five, I was in the first half of the scene and the second half of the scene was just the two of them, and I walked out of the scene and I was with my friends Iain and Elizabeth, and we were messing around, talking. So I walked out and I walked past the monitor, and I was like “[gasp] ooh, it’s FitzSimmons!”. [laughs] As a viewer, I grew very attached to them.

EH: Remember when you came on, Jeff? Iain wasn’t there. I can’t remember where you were, Iain, and all we would say on set was “oh my God, Jeff, just wait until you meet Iain De Caestecker. You guys are going to absolutely fall in love and be best friends.”

JW: And everyone says that, and you know that doesn’t really happen. But then he came back and my, oh, my, did we sort of get along. [laughs]

EH: We were bonded as a family.

JW: One thing I am very grateful for, because I grew quite fond of Deke, was the writers giving him this fun alternate, infinite timeline where he gets to rebuild S.H.I.E.L.D. by himself. I thought it was really cool too, I was actually thinking about it this morning because Elizabeth and I were texting about it, it was cool having gone through this episode with Mack (Henry Simmons) where it’s a lot of goofy antics, but it’s cool that Deke really learned something from Mack about what it meant to be a leader. He really picked up on that, and I think that’s indicated by the decision to stay behind. I think, also, for such a selfish character to have come around to do that for these people that…you know the only thing he ever wanted was a family, and saying goodbye to that family is the most selfless and good thing he could have done. It was pretty cool, I feel, to get to leave him with that and for him to be strong enough to do that by himself and to say goodbye and sacrifice himself for those people, it was really cool.

EH: Also, what you said to Daisy (Chloe Bennet), “I just want you to be happy”.

JW: That was a really cool thing too because Chloe and I were talking about it and it feels like there are so many of us that you don’t get the girl. You can have this huge journey with a person and really be in love with them, and most of the time it does not happen that way. So I thought it was a really cool indication of the heroic moment for the guy that doesn’t get the girl. I thought that was a cool thing to illustrate.

IDC: It was also cool with that character…what season did you come in, Jeff? Season five?

EH: Let me check my tattoo.

IDC: It was season five but you probably didn’t do all the episodes of season five?

IDC: I think it’s emblematic, using the word of Elizabeth’s, of what a big impact that character had. In that timeline now, he is the director of S.H.I.E.L.D.

JW: I felt very honoured in that way because it’s such an incredible show with so much mythology and such a legacy, I felt lucky that they gave Deke that. And it’s interesting because I liked that the original core got to end it together. EH: Well I’ve never laughed so much. Just the laughter we had on set was amazing. We had some scenes that were emotional but so many of our scenes were running and looking at a green screen and acting afraid. You do such stupid things on a sci-fi show that when you get to do that with people that also find that funny and see how ridiculous we look, just the laughing…which is so annoying for everybody else on set, when actors just can’t stop laughing, but that’s my favourite.

JW: It was the laughter that went with the experience. Coming in, being a fan of these two and their characters…I mean the two of them are two of the most spectacular actors I’ve ever worked with. Truly watching them, they’re spectacular. I loved scenes with either one of them because it was always such a fun dynamic – Simmons always took care of Deke, and I loved the way Deke and Bobo, as he often insists I call him personally, as we butt heads, it was such a fun experience. As much as it was some of the most fun I’ve ever had in my life, it also was so artistically satisfying every time the three of us were together. They take such good care of you, as actors, they’re inventive, there’s nothing they can’t do. It felt like playing tennis with just the greatest tennis players in the world. It was really cool. Elizabeth, what was your experience like directing an episode this season?

JW: Best episode of the season.

EH: Aww. It was amazing. I’d never worked so hard in my life. I had shadowed for so long and directors that are brilliant make it look so easy and I have only shadowed brilliant directors. So it was a bit of a shock to the system, that first day of prep, there’s just so much to do, but I loved it. I was so grateful for the opportunity because ABC really foster new talent, they have a brilliant directors program. We had a lot of people that shadowed on S.H.I.E.L.D. and then got to come on and direct, so it felt like a culture that really cultivates new talent across the board in all departments. For them to give me that opportunity on a show like S.H.I.E.L.D. where we have a big budget and there’s a lot of moving parts, and 709 had a lot of moving elements in it, for them to trust me with that, and they really trusted me…I felt like they’d let me direct but have me on a bit of a leash, but they treated me like any other director and I’m forever grateful for that opportunity. I’m so happy with how it turned out and so proud of everybody. The cast were just incredible. Everybody supported me and were so excited. It was the chance of a lifetime, for sure.

JW: It is hard to step in like that and I cannot stress enough how much every single person on the crew, in the cast, everyone was just really taken aback by the confidence and the immediacy with which you just stepped in. And acting in it too? Having breakdown scenes! My favourite thing was there was a shot that pushes in on her, it’s when the implant is removed and she remembers what’s going on and she starts breaking down hysterically crying, and the camera pushed in, and I was sitting there and was like “oh my God, she’s like really devastated”. [laughs] I was like “oh my God!”, and she’s like weeping, and I’ll never forget, she goes “[crying] cut”. It was amazing! I love Elizabeth so much and to see her…I felt proud and often quite nervous, I didn’t want to waste any time.

IDC: Elizabeth also worked on it for a long time, as well, very quietly, didn’t she? She shadowed for a long time without really mentioning it to anyone, really.

EH: A long time. One of my favourite things was Jeff being so nervous. You should have seen it.

JW: [laughs] The first scene we were in the Zephyr and I was standing there with my arms folded like “stand me however you want me.” 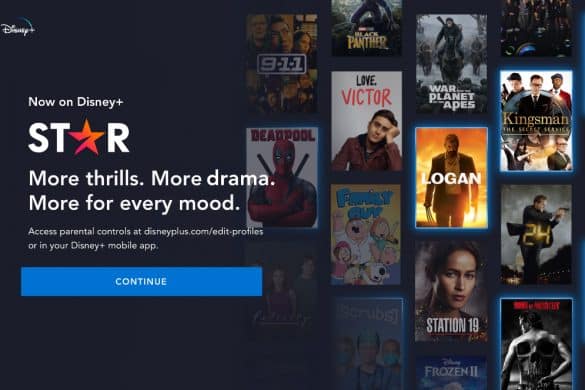