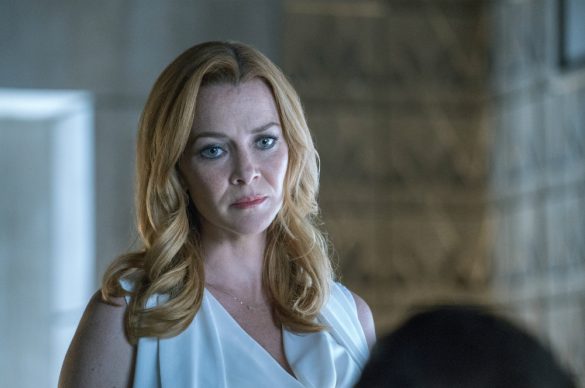 Befitting her nature as an athlete, sports fan and yes, Irish dancer, Annie Wersching comes across like the quintessential team player. She’s a delight which whom to speak (having given birth to her third son not long beforehand) as we chatted about her roles on two of the most anticipated projects coming out this year, which also happen to be coming out back to back!

Her role on Marvel’s Runaways as Leslie Dean, one of the leaders of The Church of Gibborim and the villainous Pride, is best viewed to get a sense of her incredible chemistry with her daughter Karolina Dean (Virginia Gardner), something I found funny now that she has three sons in real life (fora change of pace she did play a mother of two boys, the Salvatores, quite memorably in The Vampire Diaries). She is also a standout and fan favourite as Emma Whitmore on Timeless, which has its two-hour finale tonight on NBC. When I mentioned the show, she spoke of her deep admiration for co-star Abigail Spencer and of the Timeless team.

The following is a condensed and edited interview with the kind Annie Wersching.

Brief Take: How does it feel to have your two exciting projects being released back-to-back?

Annie Wersching: It’s funny because when a whole series drops, like Runaways with all 13 episodes, and you’re discussing the first couple of episodes, I sometimes am like “wait, what happened in episode 4? What happened in episode 2?” Because the thing I remember the most is how it all ended. [laughs] But yeah, I am excited. Both shows have such intense, committed, strong fandoms. Runaways coming from the comics, there’s already a huge Marvel fanbase there with which to begin. And then Timeless has these, they call themselves the Clockblockers, these fans are just amazing, the stuff that they’ve done. They’ve raised money to carry a sign with a helicopter over Comic-Con and they raised money for two billboards in Times Square! I mean the two part finale, it’s really unbelievable. When I was at L.A. Comic Con for Runaways, there was actually a Space Time booth that I went and visited and met a lot of the fans, so it’s really incredible. In general, I’m excited to bring to a character over a certain season, an arc, that starts somewhere and actually goes somewhere, as opposed to playing the whole thing the whole time. So I feel like people can invest in the character’s arc and journey throughout the season. And it’s a lot of hard work. I was pregnant in both of these shows! [laughs] I was pregnant for the entire season 2 of Runaways, and I was really super pregnant for the Timeless movie, so there is some sort of strange, special connection to these seasons in particular. [laughs] Knowing that my little Archie was involved in all of that, and it wasn’t the easiest, there were certainly some hard nights, and for Runaways in particular, we had an episode that had six night shoots in a row, until 6 a.m. [laughs] and I was like “wow, this is difficult when you’re not pregnant”, but it’s super fun. [laughs] 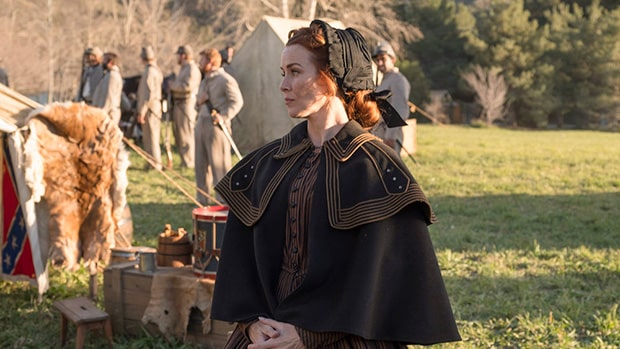 BT: What about the fact that each series has a pair of co-creators with a clear vision?  Does that enhance the experience?

AW: Yeah, definitely! Josh (Schwartz) and Stephanie (Savage) have obviously worked together so much and have had such success with their shows. In general, it’s really nice knowing that you are in the hands of a pair of a couple of showrunners that have been here before. Even when I had to tell them that I was pregnant, and I was pretty nervous about it, instantly they were like “look, we’ve done this before, we’ve done it both ways. We’ve had shows in which we’ve hidden an actress’ pregnancy the whole show and we’ve had where we have written it in. Don’t you worry, we’ve got your back.” Instantly you’re at ease, knowing that they have so much experience. And especially with The O.C., they’ve worked a similar show, that’s had an adult cast and a younger cast, and you feel safe and in good hands because they have done it before. Then Shawn (Ryan) and Eric (Kripke) are just powerhouses in terms of the shows that they have done, mostly separate, but they’re just great. They’re just so fantastic and we had a lot of fun. They’re great guys. Shawn’s a Midwesterner like me and sports fan, and we go back and forth because of the Cubs / Cardinals rivalry. [laughs heartily] So yeah, we’ve had a good time.

BT: Do you think that there is a Midwestern mentality as an L.A. transplant?

AW: Oh for sure. There’s a certain down-to-earth quality that comes from my upbringing, and just being from the Midwest in general. I feel like that’s a quality that’s been nice to share. Offscreen I feel like I’m very easygoing; I’m not a demanding actress in terms of needing things or requesting things. [laughs] So yes, I feel like this suits me well, and you keep a level head on your shoulders and not let anything get blown out of proportion and keep things realistic. It’s been great! When the All-Star Game was in St. Louis in 2009, I was in the celebrity softball game with a bunch of other actors from St. Louis. So that was really fun and cool to see, and just to be together with other talent that grew up there, because there’s this St. Louis question, that any time you meet somebody from St. Louis, you say “what high school do you go to?” But anyway, it’s fun commiserating with other folks that grew up there and went on to L.A. 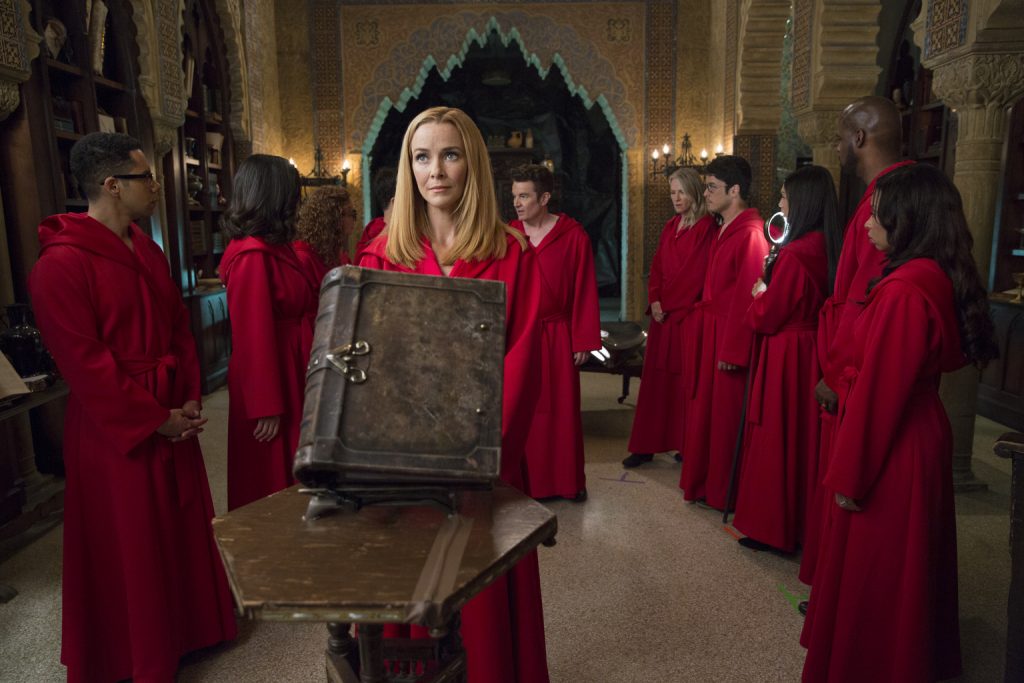 BT: What is your favourite way to watch a show?

AW: Sometimes I feel like I annoy my cast mates, like in regards to Abigail (Spencer), I’m very into taking pictures behind the scenes because I know that the fans love it so much. So once an episode aired, I love sharing pictures. It’s a little harder with Marvel, but I feel like they’re a little bit more open to it this season for whatever reason. As far as watching shows, in terms of how I prefer it, I think that both are great. It’s so great when you get into a show and you can’t wait for an episode to start, then it’s like four or five hours later and you’ve watched five episodes. There’s something to be said when an episode is over and you’re like “Oh God, I can’t believe that I have to wait a whole week!” I mean that was the thing with 24, you’re so obsessed when an episode ended and you couldn’t believe that you had to wait a whole week. If you ever had two recorded, like you missed a week and were able to watch two at once, that was very exciting. I feel like that was one of the first shows that people really binged, once the box sets came out, but obviously that’s the way of things now. Hulu is really on top of it. With Runaways, it has a younger audience, and I feel like dropping all at once is a better format for that younger audience.

BT: Speaking of Abigail, what do you like best about playing the on-screen rivalry between Lucy and Emma?

AW: I love the Lucy-Emma dynamic. I love all the scenes from season two in which she calls her princess, and the fighting stepsisters kind of vibe. I love that whole dynamic between the two of them on the show. I think that Emma in general is someone who, if she had more people around her who were more supportive, she might not have turned out to be quite as villainous. Of course she doesn’t see herself as villainous at all. Obviously, knowing some of the things that happen in the wrap-up movie, there’s obviously a little bit of respect that Emma has for Lucy. She’s seen her sort of come from this weak, in Emma’s eyes, weak little girl [laughs] into a braver, and a little bit more, leaning towards the way that Emma can take care of things. So I think that she has a little more respect for Lucy. I just love the two of them together, I think it’s an interesting dynamic. 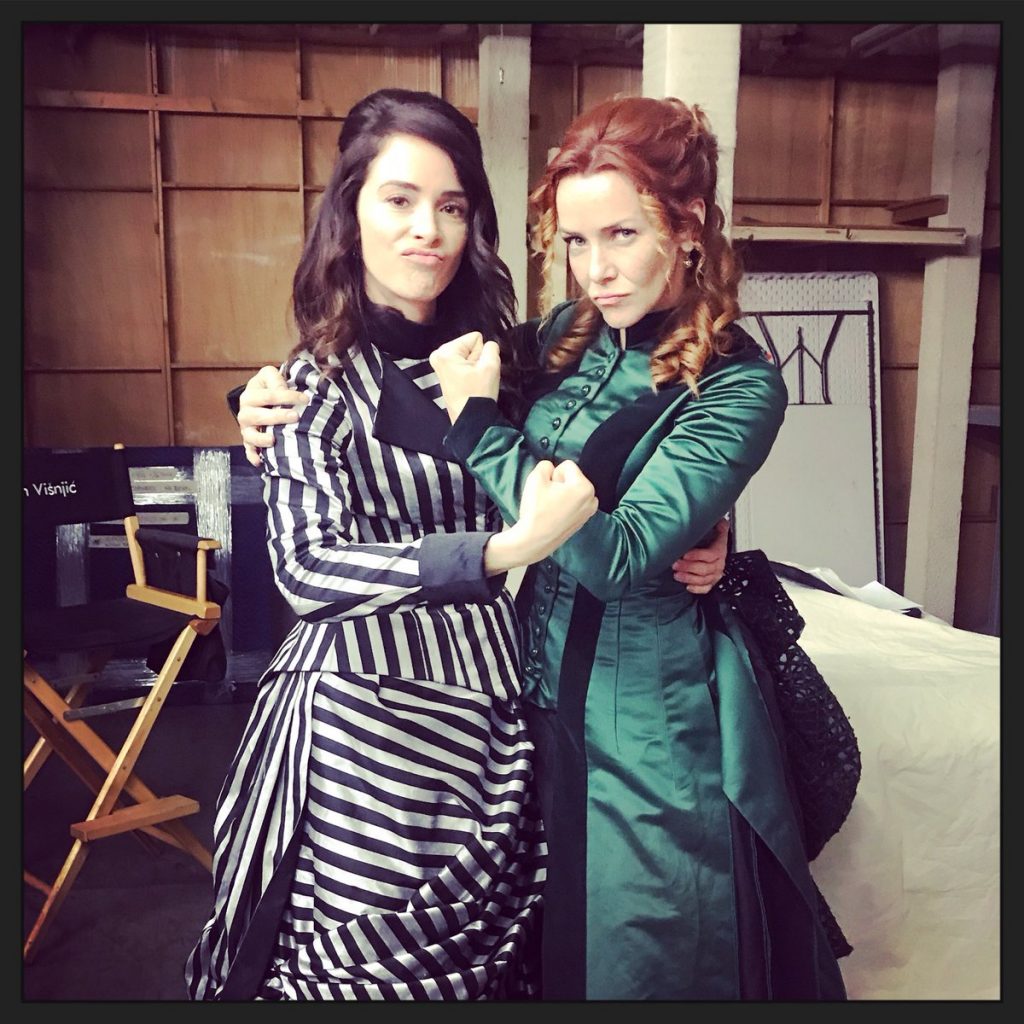 BT: How about off-screen dynamic between yourself and Abigail? It looks like the two of you have a great time working together.

AW: Oh it’s so much fun working with Abby! She’s one of those people in which you feel like once you’ve worked with her and once you know her, you’ve known her forever. I feel like I knew her before I worked on the show, and I was like “wait, no I didn’t”. [laughs] We both certainly have a very silly side to us, in terms of off-camera, which is fun. She loves to do silly videos and silly pictures, and I love that kind of stuff. [laughs] We have fun with the behind the scenes footage for the fans. And my oldest boy is a year younger than her boy, so we got to have some very common Mom talks. [laughs] It was such a blast and the entire cast is like that really.

BT: What do you like best about the Marvel’s Runaways group?

AW: We were so lucky to have everyone not only be so talented, but also to be so kind, generous, everybody is just a gem.

The Timeless 2-hour finale airs tonight at 8pm ET/PT on Global and NBC and season 2 of Marvel’s Runaways is available on Hulu on Friday December 21 and begins airing on Showcase on January 2, 2019.