Dedicated viewers that caught on quickly to Marvel’s Runaways latched on to Ariela Barer and her confident portrayal of Gert Yorkes as an immediate fan favourite. As the second season is set to launch on Hulu on December 21st, fans will be eager to know that Barer has done even more for Gert in season 2 and her performance alongside a dinosaur named Old Lace (not to mention Gregg Sulkin’s Chase as well), has been something of a revelation to behold.

We spoke with the talented actress on the phone recently and she shared some fascinating insights on the acting process, and she revealed that she is extremely excited to watch the episodes along with viewers as Marvel’s Runaways expands its universe.

The following is a condensed and edited version of our chat with the affable Ariela Barer.

Brief Take: What should the viewers expect coming into season 2 of Marvel’s Runaways?

Ariela Barer: I feel like season 1 was exposition for season 2. By the time that we ran away in episode ten, it was so emotionally involved that it was a much more impactful moment than it would have been if we had run away in the first episode. But now with all that behind us, season 2 is where we have all the action and things are really happening. And because we have season 1 behind it there’s a lot of weight to everything we do.

BT: How do you feel in terms of your personal journey?

AB: For Gert, I enjoyed being trusted with a real plot line, and specifically about her struggle with anxiety in the midst of a superhero show. It was very nice and I felt honoured to do that. Then for me, my personal journey was learning to get enough sleep [laughs], and learning how to be rested and how I do my best work.

BT: Speaking of, how much do you lean into this series as metaphor?

AB: It is really interesting how all of our powers and everything reflects what’s going on with our characters personally. I think everything can be read into in a deeper metaphor, which makes it a lot easier as an actor, I think, because a procedural superhero show would be so hard to do because it would be hard to invest yourself fully in these characters if it were superficial like that. So it’s really nice to get to explore these themes through metaphors and through fantasy and sci-fi, and it also makes it easier to lean into these themes because there’s this fantastical element. So no matter how dark it gets, there is levity and humour throughout all of it. 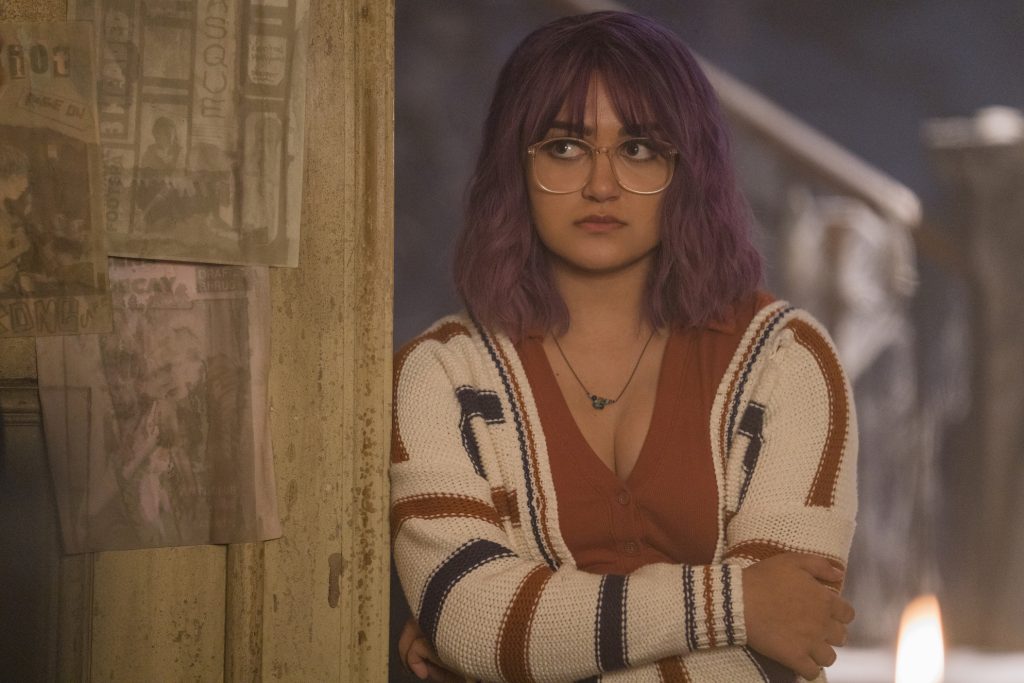 BT: It’s not hard to imagine a world in which parents are making things difficult for a younger generation.

AB: Absolutely. And that’s why I think that the writers are very careful about how everything is handled. One thing I like about the show is that there is a lot of action but not a lot of violence, which I think would be really heavy with this plot line, and children doing this to promote a violent world would be really scary. So I like that it’s done through this fantastical element and we can show that this is a really difficult situation which these kids are going through. They are total underdogs and have had every privilege in life stripped away from them, and they still find family and hope within all of that.

BT: In your opinion, what brings together this group of runaways so well?

AB: I think that our casting director, Patrick Rush, and Josh (Schwartz) and Stephanie (Savage) did something so genius with the cast, which was to, I think that every person with whom I work is extremely talented and I love working with them, but also everyone is so deeply their characters, in a way that not a lot of us realized until later on in the series. I think that when we first started, I was most obviously like my character. If you asked someone in episode one, “who was most like their character?” they would have said me. But I think that if you asked them now, it would be a lot more difficult to say, and that throughout time the writers have been writing us more into our characters. Even when you are having a bad day, it’s great because there is such a part of you that is ingrained in this character that the work is never going to really suffer. At this point I can drop deeper into Gert than I can into any other character, and it’s almost instantaneous. The second I try to get into character, it’s happening. That makes the chemistry so much easier because any bond we form on-screen carries into our day to day. 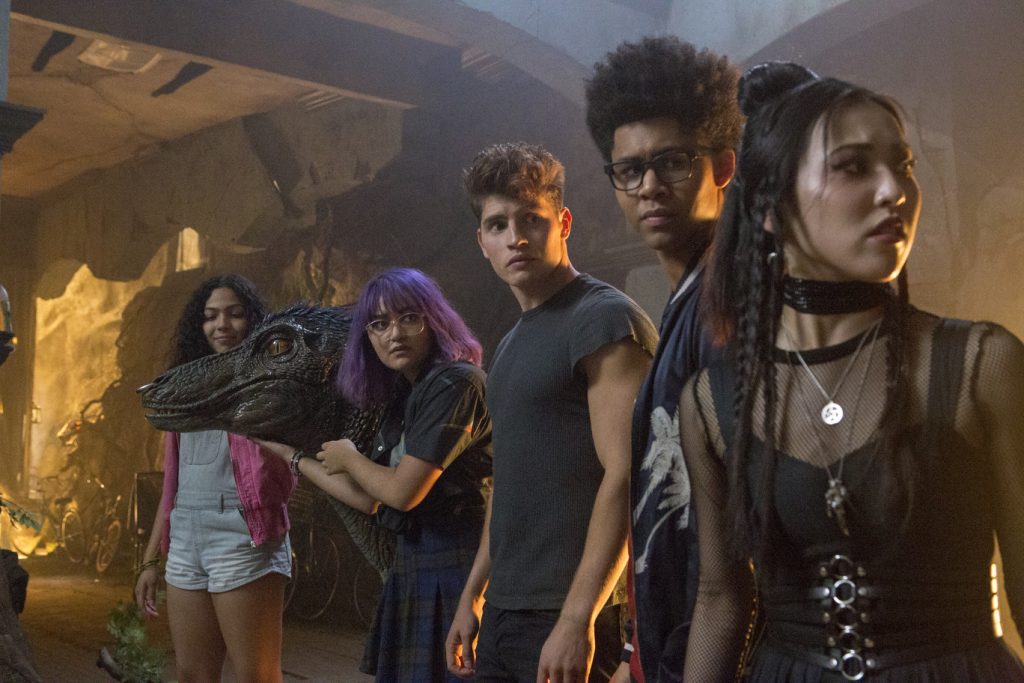 BT: How much of Gert feels like an extension of yourself, especially considering that you wear very specific clothing and glasses?

AB: It’s interesting because I don’t know if there is a distinct line between myself and Gert, but it’s nice to have things like the wig and the glasses to help me remove myself at the end of the day. It’s a problem that I definitely have as an actor, which is that if I think too deep into a character, I will take it home with me, so the wig is a nice barrier especially when we are doing really intense stuff with Gert’s anxiety or anything too crazy. It’s nice at the end of the day to take the wig off and breathe and remind myself, no, I get to go home to parents who are not trying to murder me [laughs], which is nice. In the first episode, I did actually dye my hair, and a lot of the wardrobe, I had talked to Josh and Steph and our costumer designer, we had a different one for the first episode, but I definitely was very vocal about what I would wear or not wear. Because I was the closest to being in high school of all of us, and my best friend is very much Gert. We both even had purple hair at one point and they tried to start a feminist club at their school and everything, so I was definitely like, “I could bring a grounded element to this if I could bring in my real life examples”.

BT: Where do you think that the series fits within Hulu’s spectrum of shows?

AB: That’s a good question! I feel like Hulu doesn’t have a distinct tone, they explore a lot of genres and tone, which I appreciate and they really let each show do its thing. I haven’t heard anything other than total support from Hulu in regards to the show, which is nice especially because they go full out with everything that they do. I think that they put most of their money into production, which you see in the final product, and I watch The Handmaid’s Tale. I watch everything on Hulu, basically, I range from The Handmaid’s Tale to Future Man, which is this very broad comedy. They’re not afraid of not being an award-winning platform, if they have a comedy or a superhero romance, and they’re not afraid to go fully into the award-winning drama that is The Handmaid’s Tale. I don’t know if watching these shows affect my work for Hulu, but I do appreciate the free rein Hulu gives to artists. 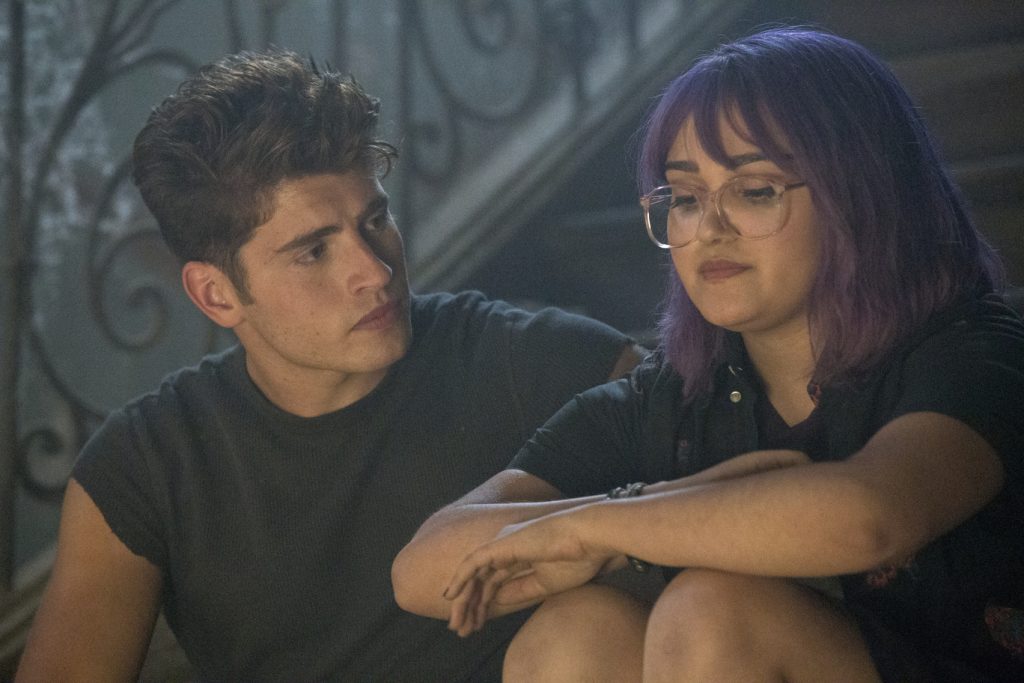 BT: How do you look at the conflicts on the show?

AB: It’s interesting, because until I watch it, I don’t really know what’s going on with Gert because when I’m working on my character, my circumstances, I don’t try to focus on “What is Janet Stein up to today?” But it is really interesting, especially season Two, we get to work with the parents a lot more, at least I got to work with parents I hadn’t worked with before, like Janet Stein (Ever Carradine). It’s really interesting being with them in the moment because everything they do has so many layers behind it that we could never understand with our characters. And they are of course so talented that it was almost a treat watching season one because I didn’t really work with the parents, and I didn’t know what was going on with them, and then watching it back I got to watch as a fan and feel the emotional conflict with them [laughs.]

BT: What sense of personal responsibility do you feel toward fighting injustice?

AB: It’s very interesting juggling the activism that I have been involved in my whole life and now the platform that I have been given through this show. I feel pretty confident in what we are putting out into the world. Even with something like Gert’s feminism in season one, I feel like they really showed a young feminist coming into her own. Even if she said or did anything that wasn’t a perfect person, it was so real and human. She grew from everything and everything was set up with a payoff, so I really appreciate the messages that we’re sending out on the show.