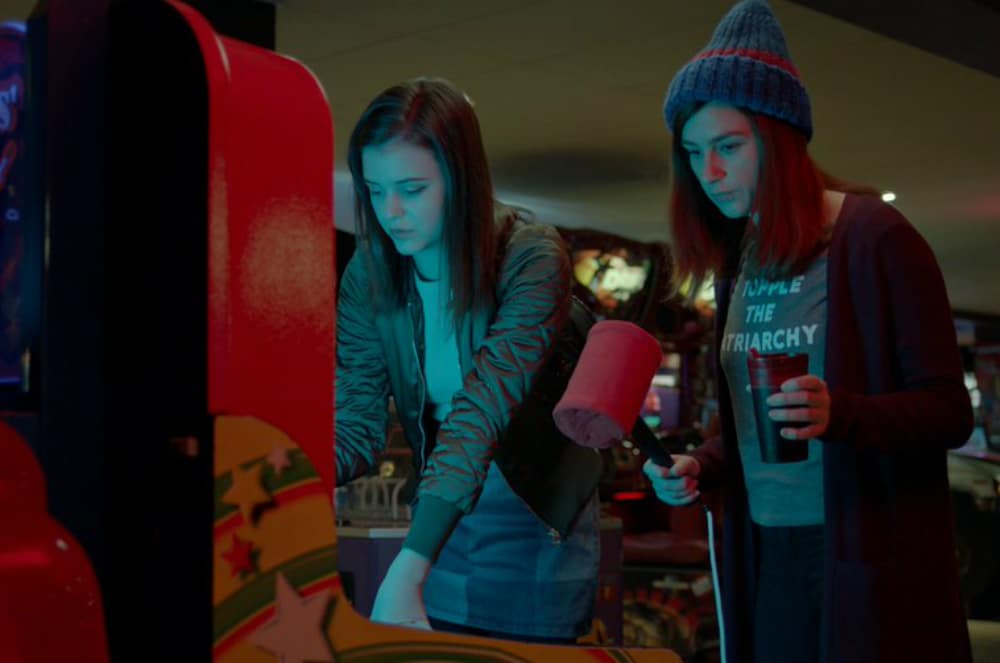 Having the opportunity to speak with the popular Sara Waisglass about the film Mary Goes Round is an opportunity we have been seeking for a fair bit of time. We first heard about Molly McGlynn’s feature at the TIFF Canadian Press Conference, which Waisglass attended, and we championed the film at the festival. Finally, upon its Cineplex theatrical debut on Friday, March 29th, we sat down with the mega-talented and wise-beyond-her-years Waisglass and she was very congratulatory of her writer-director Molly McGlynn as well as the titular Mary, actress Aya Cash.

Brief Take: What was the highlight of screening Mary Goes Round at TIFF?

Sara Waisglass: Being in the theatre and seeing it come to life like that was unbelievable, like I’ve never had that experience before. It was magical. *laughs*

BT: What was the best thing you learned from Molly McGlynn?

SW: That everything is a group effort. She is not one to take credit individually. She is always so attentive to everyone else’s needs. She was so creative and she went the extra mile. I remember that before we even started filming, she sent me multiple emails with songs that reminded her of my character or different thoughts that she wanted me to keep in mind about the character. But she went out of her way, above and beyond, to make sure that everyone had such a clear idea of the vision that she had, and it totally helped in the end because I feel like her vision came out perfectly. The film’s whole tone is so bang-on. *laughs* She’s incredible.

BT: How does the film balance for you, tonally?

SW: For Molly to take this really sad, dark story and be able to keep it light in the same way, I mean, it’s brilliant. I was not sure that I was going to be able to pull that off because it’s difficult for an actor to have to balance that line. But Aya was unbelievable at it. She had this way of turning any moment, no matter how heavy, and just turning a spin on it and making it light, but in a very natural way, and I learned a lot from her about that and having her around was really helpful for me. I think Aya played Mary in a way that was so very relatable in that she was trying her best and nothing was going right, so she had to take a look at her own life and say, “it’s not working, I have to make a change”, and that’s such a good thing to watch on screen. I think people are going to love it, those who haven’t seen it.

BT: Do you identify with your character?

SW: The cool thing about Robyn is that she is someone different on the outside and someone very private within. Throughout the film she lets Mary in, which is something that she never would have thought of doing in the beginning, and it’s so integral to her character growth. I feel like in high school, I definitely had those moments where I was like “I don’t know who I can let in”. I chose my family and that’s how I grew as a person, and I was able to connect to her in that way. Also, Robyn loves her Dad, her Dad is her everything, and my Dad is my everything.

BT: Walt, your father in the film, is almost like the villain of the piece.

SW: Yeah, isn’t that cool?! Both the protagonist and the antagonist, so cool! John [Ralston] also played my Dad on Degrassi when I was working on that. It was helpful because we had a pre-existing relationship before going into the filming for this, so it was really easy to jump into that.

BT: How do you balance going from your earlier work to a role like this one?

SW: One thing for which I have to thank this industry is helping me mature. It’s like going from Disney to HBO. Working with the crew, they were always adults, no matter what show I was on. I was forced to grow up quickly. A lot of people wouldn’t like that, but I did. I feel like it helped me and made me smarter. I feel like it’s given me a newfound confidence and that will help me a lot in this business.

BT: Taking on a role like you did on The Good Doctor, wouldn’t be the easiest if you didn’t have that maturity?

SW: Exactly! I felt like if I had confidence, it would be really hard to walk on to that set and do what I did, because it was really awkward. But it was also really fun and everyone was so nice, so…

BT: And now you’re writing your own roles, correct?

SW: I am in screenwriting! I’m in second year. Yes, this film has changed my perspective. First of all, I’ve never had a real tangible female role model when it comes to screenwriting, so to have Molly around was so important, because it gave me confidence and hope. The films that I’ve already wanted to write are the character-driven films, the ones that explore human relationships, because there’s really nothing more beautiful than human relationships and the natural narrative of life. So to have Molly bring this story to life and let me in on how important it was to how the different characters weave into one another, it was just eye-opening, and gave me incredible information on how to structure my scripts in the future, so I’m very thankful for that.

BT: I bet you had a lot of takeaways from this experience.

SW: Yeah, I was in a feature film when I was six but I haven’t been in a feature like this ever, and I also never had this big a part in anything. So it was fantastic to really get to take on this experience at such a good age. It was only last year, so I was 18, which was great because I wasn’t too young to understand how important it was, and I was at the perfect age because I was taking everything in and I was so attentive to what everyone was doing. I was watching Nick do the cinematography and I had my eye on Molly at all times, to see how she was talking to people, and what was going on, and for me, I’ve always tackled girl-next-door, maybe not very layered roles, but Robyn is so intense and there’s so much to dive into there and it was such a challenge but it was so rewarding as well. Everybody who saw the movie said I did a really good job, which was very nice. *laughs*