Caroline Dhavernas is remarkably “herself” and, as such, Mary Kills People is a wonderful showcase for the actress, who is familiar to some from Passchendaele, some from Hannibal, and is a gifted performer overall.

We sat down with the multi-talented Dhavernas at the Corus Building in downtown Toronto. The actress remarked upon the wonderful view, and was fast on the scene for snacks and beverages, (we took a veggie for the road and didn’t even get a chance to sip our water, as we were locked in to what she had to say). This season of Mary Kills People is the final one and Dhavernas shared with Brief Take what that means.

The following is a condensed and edited version of our sitdown with Mary Kills People‘s candid Caroline Dhavernas.

*This interview was originally published on May 12*

Brief Take: The opening scene of the first episode in the church looks incredible!

Carolina Dhavernas: It looked really good, didn’t it? When I walked in, I thought “Wow!” When our DP is done with this place, it’s going to look fantastic, and it did. 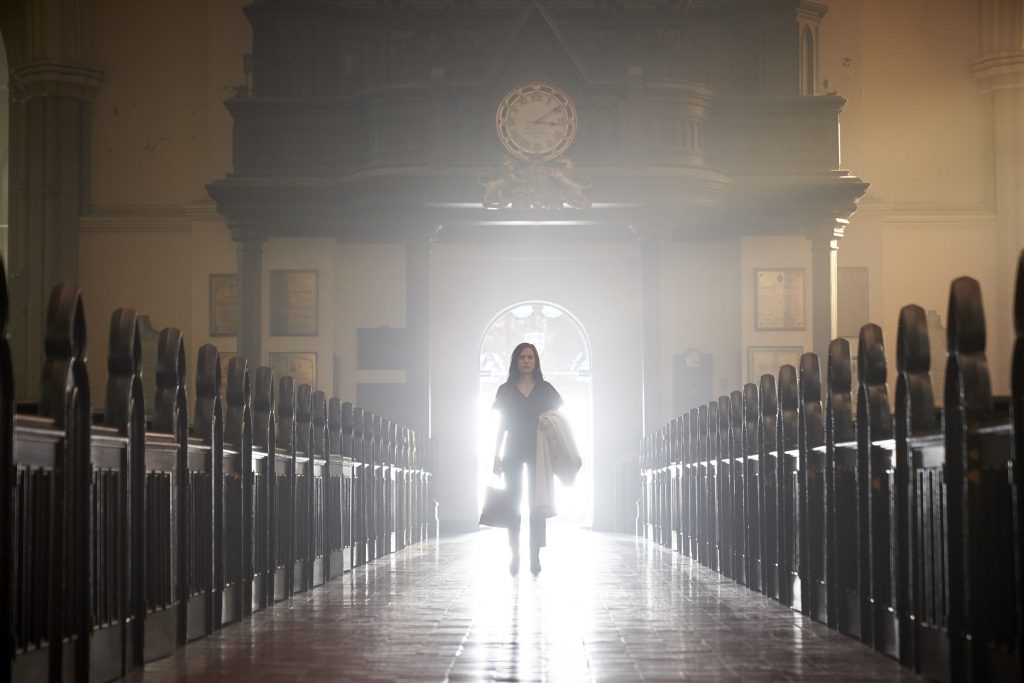 BT: What is something that you would like an audience to look out for this season?

CD: We’re helping people die with dignity in a death retreat this time, so it’s quite different. Dez and Mary will butt heads again this time, because this was his dream, not really Mary’s dream. I think that she is doing it because she needs to thank him for sticking around through everything that’s happened that’s so complicated and difficult, and he’s been very loyal to her. My daughters are also getting a bit older and still doing their own thing and trying to understand what I’m doing, so that’s another cool part. Ben will be back, but I can’t tell you much or how involved he will be, but he’ll definitely come back to us, so look out, there’s that.

BT: Steven McCarthy winning a Canadian Screen Award for his performance on the series was a revelation.

CD: We’ve had such amazing actors on the show, but he left the biggest mark in my heart, I think, because he just came to set with this honest, brutal energy for the part that was so spot on. And also it was the scene in which Mary confides in him, because he’s dying and she can tell him pretty much anything she wants, he’s going to take the secret to his grave-literally. It was an important scene for Mary because the authors had saved the reason that she was doing this for the longest time in season one, and she finally told him the whole story in that scene, and what a beautiful way to go.

BT: It’s great that the men revolve around you in the series.

CD: Yeah, and also the relationship between Mary and Des is quite fascinating because they could have easily authored a way to make them fall in love and they didn’t, and that was always what we thought was strong about this relationship, a man and a woman, friends, and there’s no sexual tension, or love tension. They’ve been friends forever and they have this partner-in-crime relationship, and that’s it. And it’s quite rare on television as well, I think. 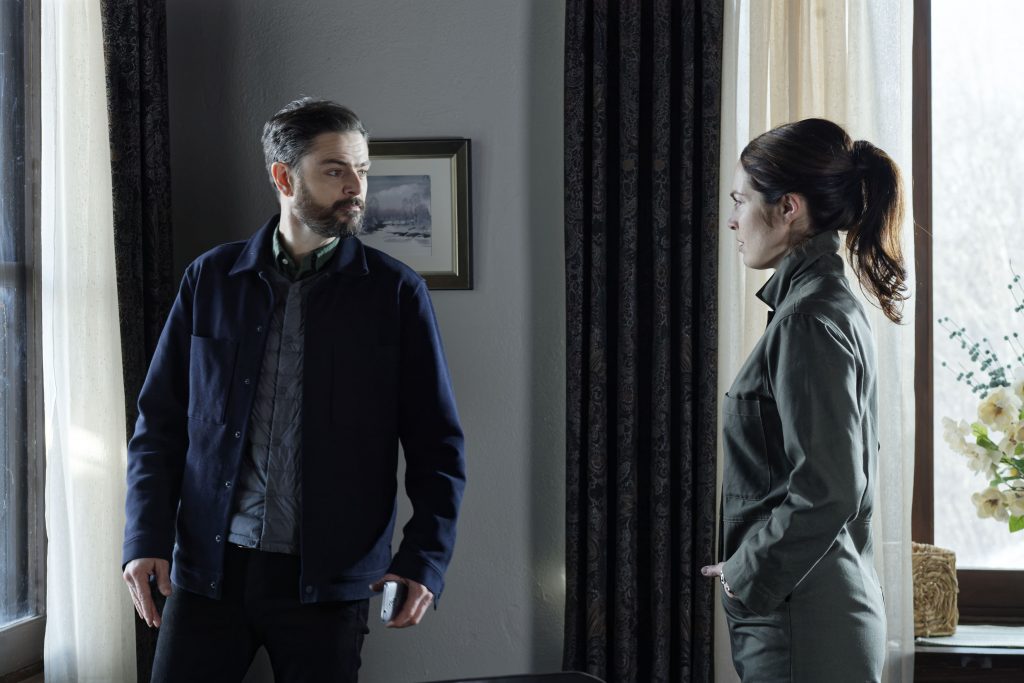 BT: You have a great presence with Jay Ryan and Richard (Short), actors from outside of North America.

CD: It’s funny because with Jay and Richard and I, we’re all from different backgrounds, different areas of the world, and I feel like it must always show up on screen somehow. But Jay’s amazing, he’s a truly wonderful acting partner and human being, and to play someone who is falling in love with him, it’s quite easy, he’s so nice and good-lookin’ so to shoot with him, it’s been a blast. I would do another project with him in a heartbeat!

BT: You also dub your own voice in the French version of the series which must be fascinating.

BT: How did it feel to come back to this character?

CD: It took me a couple of days because I had been away from work and Mary for the duration of my pregnancy, and going back to work with a young baby at home, it was a big step. The first scene that we shot, I kept thinking about her. Her little baby face would pop up in my mind, and I was like “Ahhhh, not now!” [laughs] I need to concentrate on the scene, and I’m like “I’m screwed”, because it’s going to be like this for two months and a half. But after a couple of days, I was able to concentrate on my work and not have my daughter pop up in mind all of the time. 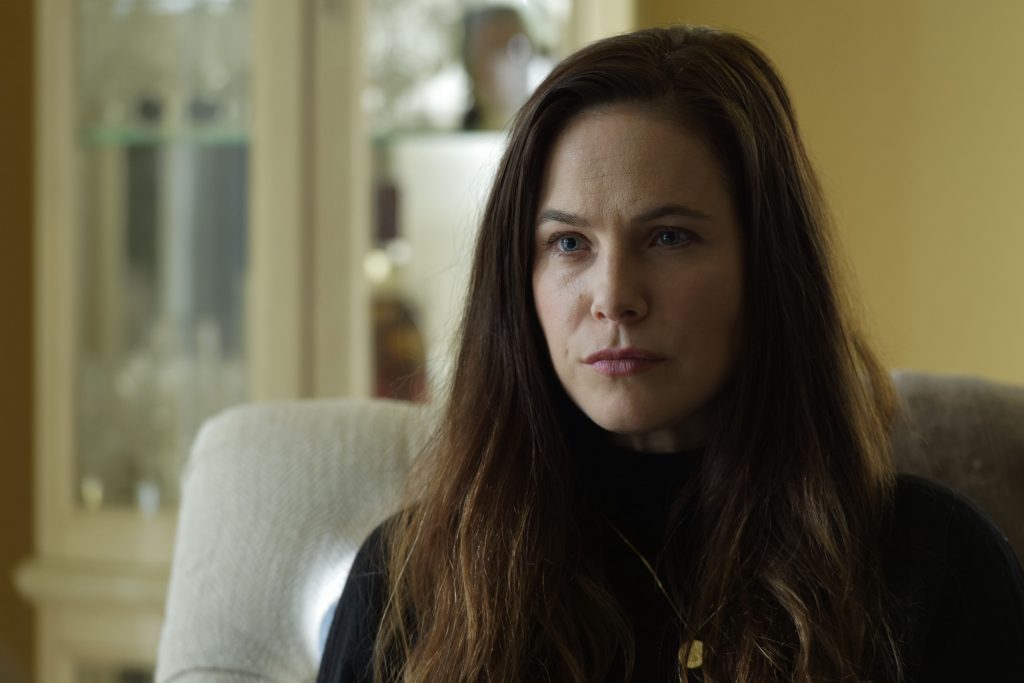 BT: This series is female-driven, top to bottom.

CD: We let the men in also. [laughs] We have a couple actors and we did have one producer during seasons 1 and 2, but yeah, it is a rare thing. It’s a first for me to see so many women in top creative positions. We’re very proud of that and hopefully it will happen more and more. Well, I know it will.

BT: What does that mean in terms of the clarity of Mary Kills People?

CD: It’s very hard for me to answer that question. I understand why you are asking and I think that it is important to talk about it, I’m looking forward to the day when we don’t have to talk about it any more, because it will just be normal. They happen to be amazing and talented human beings, period, before them being women or men, so I think that’s why it was such an interesting project and a beautiful project. But I guess that a lead female, which was written by women, there must have been maybe more energy put into the fact that they wanted her to talk about something else than love, to be discovering her worth outside of love and outside of men. I remember the first season we were doing a scene, Charlotte Sullivan and I and one of the writers said “It’s so rare to see a scene in which two women are discussing something in a scene and it’s not about men”. It’s something that we have been talking about more and more in the last couple of years and it’s amazing to know that it took us all that time to get there. [laughs] But finally, here we are.

BT: You famously do not use social media.

CD: I’ve always said that there’s nothing wrong with a bit of mystery, because when the audience believes in you, as a character, if they’ve been going to your Instagram page and know that you’ve been doing this and been doing that, and this is what you ate, it’s hard to make a difference between the actor that they know through social media and the character that they’re seeing. I think that’s interesting to have this anonymous, I guess, vibe. [laughs] And why not, I want to offer myself this freedom, life is short, and I don’t want to be on screen all the time, and we’re so busy, all of us. Even finding time to read a book is difficult, even though I’m not on social media, I want to travel, I want to see my friends. I’m blessed with amazing friends that I try to see as much as I can and I now have a daughter in my life. I’m not a snob about it, I know what social media can bring in terms of getting people together to fight about things, like #MeToo wouldn’t have happened without social media, probably, so great that it’s out there, but I think that we need to give ourselves the opportunity to decide what we want to do with it. 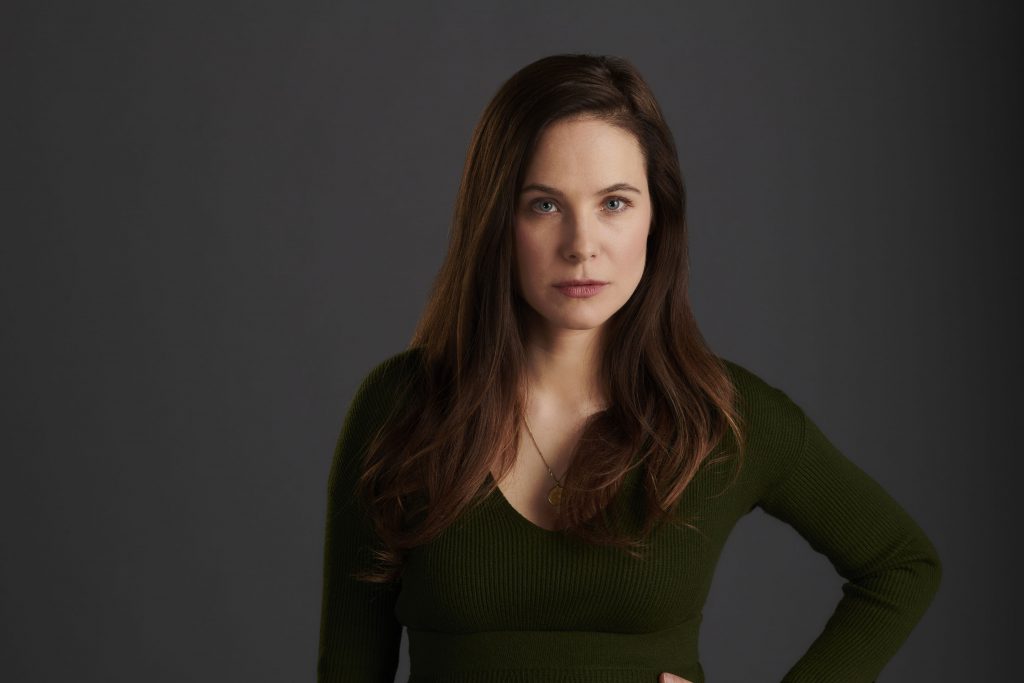 BT: How does it feel that the series is concluding this season?

CD: It’s been amazing to know that it is the end while we were making it because it gave us the opportunity to write an ending. Often that doesn’t even happen because you’re in between two seasons and you’re told that it’s over. And so it was a very empowering way to conclude the whole thing, and knowing that we were going to have the opportunity to say goodbye to each other and the characters that we’ve been playing, it’s a wonderful, wonderful thing.