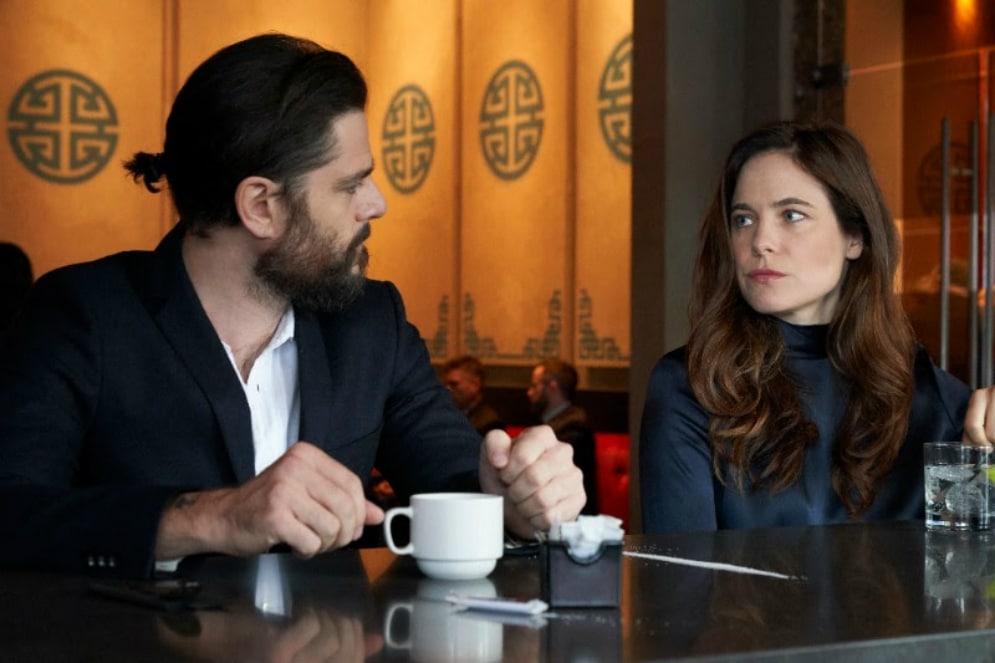 Caroline Dhavernas is a great actress that first came to our attention as one of the best parts of the Paul Gross film Passchendaele. In 2013, she re-teamed with creator Bryan Fuller on the cult favourite Hannibal (one of our favourite shows of all time). Now, she fronts her own show, created by Tara Armstrong and produced by Tassie and Amy Cameron, called Mary Kills People. The show was renewed for a second season and features an incredible performance by Dhavernas as the titular Mary Harris. This season will see the addition of Rachelle Lefevre to the cast as the cloaked in mystery Olivia Bloom as well as Ian Lake as Olivia’s husband, Travis.

We spoke to Dhavernas by phone from the Corus headquarters and the following is a condensed and edited version of our lively conversation.

Brief Take: What does it mean to be on a female-led show?

Caroline Dhavernas: Yeah, it was a first for me, I had never been part of a show that was mostly female. I mean, it was written by women, (we had one male writer though on the team), produced largely in part by women, edited, and also the lead, so yeah, it was wonderful! And also, seeing so many women in positions of creative power is not always the case. I really embraced it. I hope that one day we don’t have to talk about it. I hope that it will be just a given.

BT: Do you see a lot of parallels in working on Hannibal and Mary Kills People?

CD: Completely different experiences. Hannibal’s world was very cerebral, very intellectual at times, very operatic, the world was very heightened as well. Mary Kills People is set in a more realistic environment. I have more with which  to play as Mary because she’s a mother and because she’s a doctor and she has this side business and she’s a friend. Dr. Alana Bloom, I don’t know how to describe her, she was a Shrink, she had her love life with Will and Hannibal, Mary is more anchored to my reality…not that I go around killing people. *laughs*

BT: And in this show you put Kills right in the title.

CD: You can’t go halfway. If you’re going to talk about death, you might as well say it in the title and say it bluntly. I love that title. I think it’s  very intriguing. It intrigued me when I read the script. I wanted to know what that was about and it’s pretty funny, too. It’s dark humour but I think it’s pretty funny.

BT: How much do you enjoy working with new cast member Rachelle Lefevre?

CD: I was really happy to be working with Rachelle again. We worked on an ABC show, maybe seven or eight years ago in Hawaii called Off The Map and we did not have any scenes together, so in this one it was really a blessing to be working with her again because she’s a wonderful human being. She’s an astonishing actress. She’s exactly the person we needed to play this part. Mary comes from a place of compassion and Olivia comes from a place that is a lot darker. They are very different forces of nature. My guess is they’re going to root for me. *laughs*

BT: What is next for you?

CD: The series is coming out in French in February and in fact, I dubbed myself. Eventually, we’ll know if we’re back for a third season.

Most Anticipated Books of January 2018

Win a Run of Engagement pass to The Commuter!