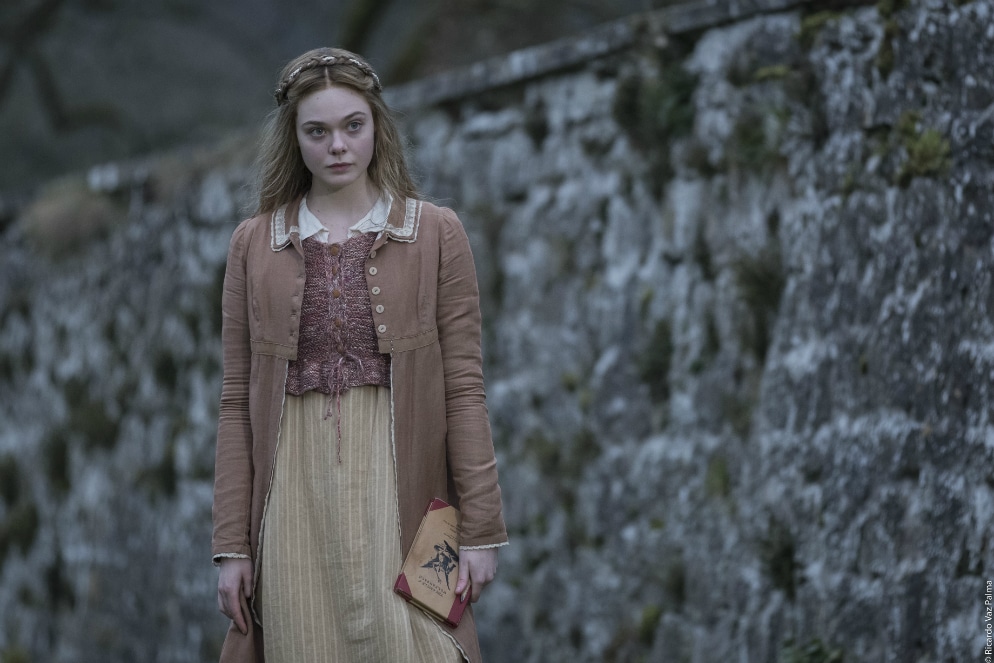 The film Mary Shelley deserves your time and attention, not the least of which is because of the incredible performance delivered by its titular star Elle Fanning, who is radiant on screen opposite Douglas Booth as her husband Percy Bysshe Shelley, as well as Maisie Williams and Bel Powley. By chance, we had interviewed Elle’s sister Dakota Fanning at the previous festival and both sisters are consummate professionals (and incredibly sweet people off screen).

We were fortunate to sit down with Elle Fanning at a very intimate roundtable during TIFF and found her to be so kind and generous in her answers and even in the way that she addressed our questions, in particular.

The following is a condensed and edited version of our conversation with the lustrous Elle Fanning.

Would you classify Mary Shelley as a coming-of-age story?

Elle Fanning: Such a big part of it is the love story that’s involved, which is not your typical love story, but a romance to which a lot of people can relate, of complicated relationships and very tumultuous. And it’s a historical movie; we’re all wearing the corsets and it’s in the 19th century,  but we’re trying to make it to reach a younger audience as well, especially young girls. I think there’s a modern-ness to the film. There’s so much more to Mary Shelley that people don’t know. I think that there is also a modern-ness in the way that Percy (Douglas Booth), Mary and Claire (Bel Powley) lived. It was very Bohemian and almost like the 1960s in a way, and all with each other, which was very scandalous at the time. But they were such rebels and such rule-breakers, which is so important, especially now, and so spirited, which I loved. 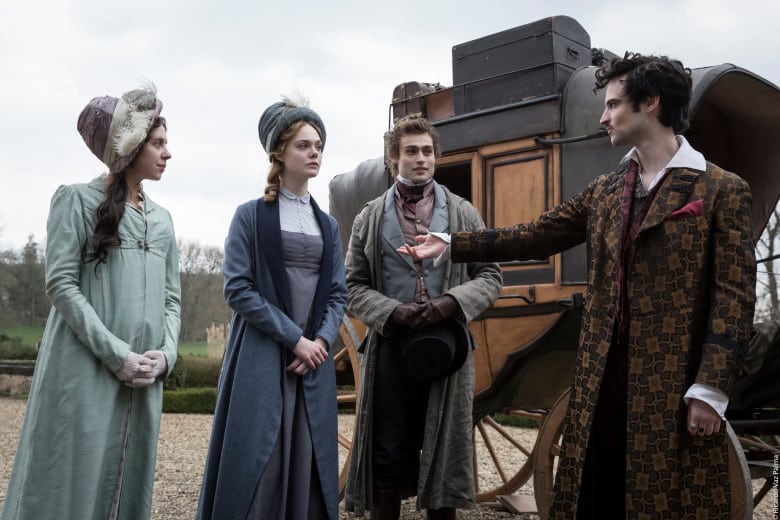 Can you talk about working with Douglas Booth and establishing your on-screen relationship with him?

EF: Yes! I was so excited when Doug said that he wanted to do it and that they had hired him, also I think that he looks like…Percy was really handsome and attractive and this romantic poet, and Doug is so tall and he looks perfect for it, so there’s that part. [giggles] But we also knew that we had to have this love story that’s unbreakable, because she stays with him until he died and had their son, named Percy, after him. I had never really done a love story before, I never really had that before, so that was a first for me as well, in addition to playing such a big, historical figure.

There’s a part in the movie about how Victor Frankenstein is Percy and he’s created this monster, which is her. She feels torn apart and then pieced together of all these different beliefs. 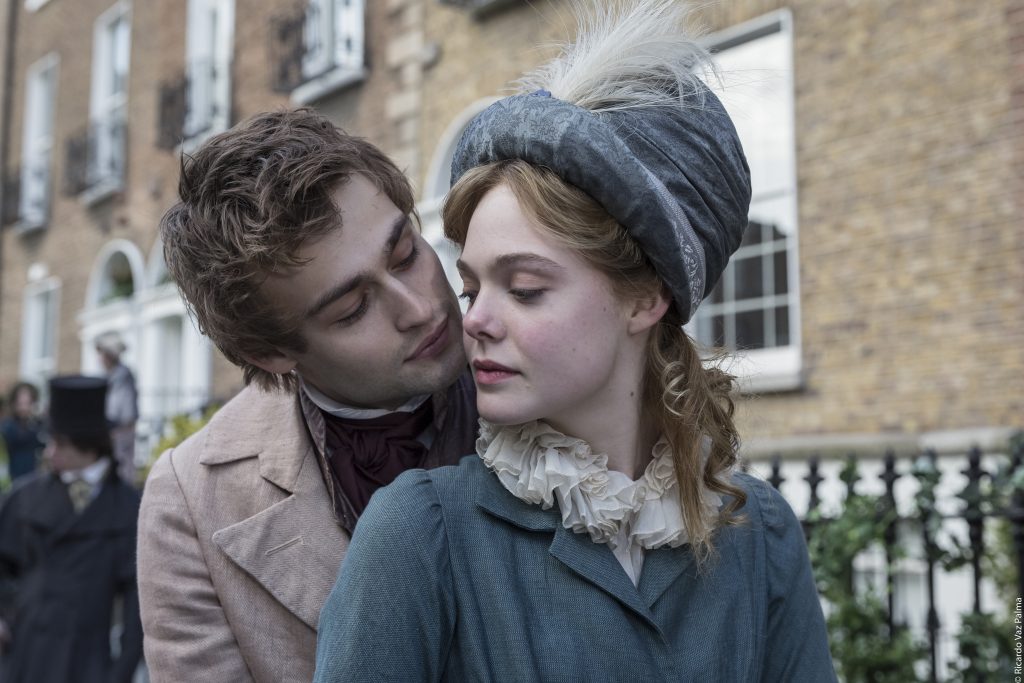 I love the fact that you’ve worked with female filmmakers for your last few projects. Why is it important for you to work with female directors?

EF: It’s so important! It’s not a strategic thing that I think about. If I love the story, and the director happens to be whoever the director happens to be, it kind of falls that way. Without realizing it, I’ve now worked with three women directors, no, [happily exclaiming] four! Four female directors in a row: Haifaa (al-Mansour) included in that, Sofia (Coppola), and Reed Morano and Mélanie Laurent, and that was back to back. I didn’t realize it and I didn’t think about it. [laughs]

But I think that the way women tell stories about women – it’s real, they get it. And it needs to be shown for all types of women, especially for young girls. I don’t think that female characters have to be strong either. We have all different types of emotions. Mary (Shelley) is strong, but she’s sensitive and she feels things, and she has emotions and it’s complicated and confused, and I think that’s important. To have female characters that are true to how women are, and female directors get that and that’s important! 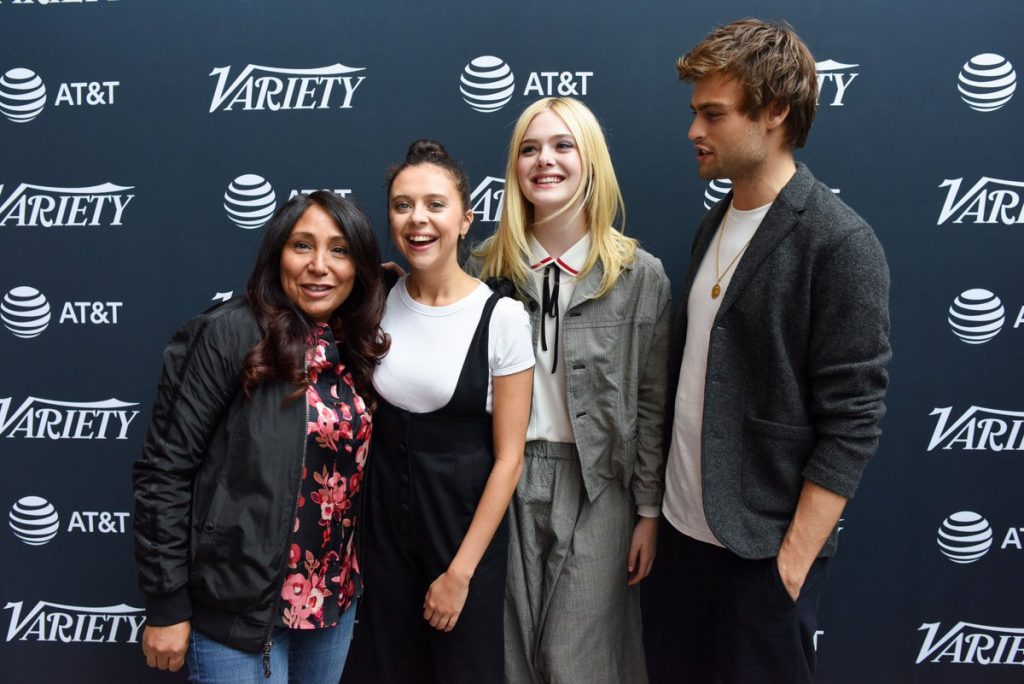 Can you talk a little bit about what you learned from Haifaa?

EF: I think that Haifaa was very connected to the story right off the bat. When I met her she was just so in love with Mary Shelley, what she had been through. I think that she related to it a lot. She grew up in Saudi Arabia and her first movie was Wadjda, which I had watched before meeting her, and then later learned that she had directed it from a van, and was never actually on her film set. She wasn’t allowed to film there, it was astonishing! She had never been on a film set. Working with her was very nice because she was supportive in that way. She got it and was very sensitive to it and very invested. I’m very happy it was her and a woman had to tell this story, for sure. I think that it’s a movie for women.

Mary Shelley’s story is such an inspirational one. Who inspires you, Elle?

EF: Oh! [surprised] Who inspired me? I have a lot: my mom, my grandmother, my sister, three women in my life, and my aunt. All the women in my family are huge inspirations for me! My grandmother turned seventy a few days ago, she’s the best. She’s a rodeo queen and she grew up on a farm. She’s pretty cool.