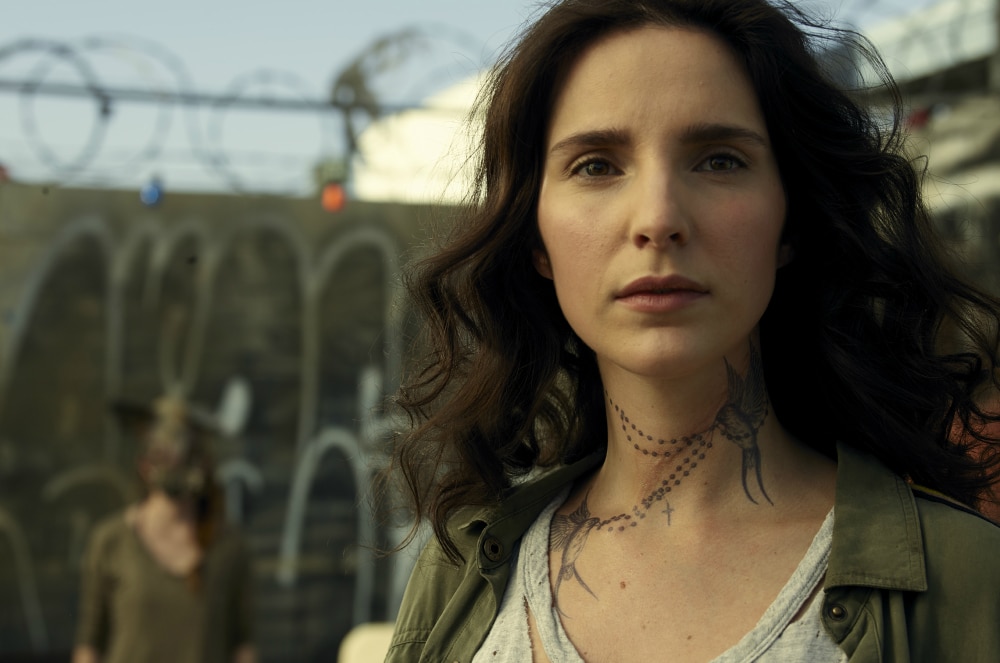 Carla Baratta, a relatively unknown actress at the time of her casting on Mayans M.C., has taken the role of Adelita and run with it. In fact, Mayans M.C., created by Kurt Sutter and Elgin James, is the highest-rated cable series debut in over two years (!) and a huge part of the success is Baratta’s fearless  and compulsively watchable performance. Though the series is primarily about men, it is Baratta’s captivating presence (along with that of Sarah Bolger as Emily Thomas), that makes the show so irresistibly compelling.

We requested to speak with Baratta prior to the season finale on November 6th (yes, the night of the election, so go and vote and then watch the explosive finale of Mayans M.C.). To our surprise, the actress, so steely and determined (and intimidating) on screen could not be any kinder off screen, speaking about a number of subjects but ultimately coming back to themes of family and loyalty, just like the series. In fact, the only time that the actress blanched was when we accidentally asked about filming the next season, as Baratta couldn’t say for certain if her character will be back past tomorrow night’s episode. The finale sounds totally bonkers and we can’t wait to see what is in store on the FX series!

The following is a condensed and edited version of our conversation with the Carla Baratta, who, like Adelita, will go all in for what she believes in.

Brief Take: What’s your journey been like with Mayans M.C.?

Carla Baratta: It’s been a craaaazy journey. To be honest, I didn’t know what I was getting into until I started shooting, and then I was like “Oh! I think that this is going to be amazing!”. It’s been an amazing journey. All of the people working for the show are just incredible people, talented people, and I think that you can see that on screen. Everyone gives one hundred per cent and it’s amazing to be a part of that. It’s just unbelievable.

BT: What was your experience like promoting the show at Comic-Con?

CB: We’re really proud of it. When we were at Comic-Con in San Diego, and also because of Sons of Anarchy, it was really exciting to watch the final result of the show. And it was really crazy at Comic-Con because the show wasn’t yet on TV, but people were already screaming our names, our characters, and I was like “how do they know?”. [laughs] Now that the show is airing and doing so well, I think that fans are so happy with the result. And at the end of the day, that’s the most important thing, you know? To be able to make all these people happy and to continue the legacy in some ways.

BT: What do you think when the fans say “I cannot wait until next week!”?

CB: Even me, who knows what happens in the show, I can’t wait either! I’m like “Oh my God, how many days until Tuesday?”. It’s just so amazing to have to wait, so I think that’s really cool, the waiting and imagining what could happen, and then having to wait for another week, and then finally you have to wait for another week because you never know what’s going to happen next week. The writers are doing an amazing job. Every time I see a new script, I’m like “No! You’re not doing this!”. It’s beautiful to see the turns of the characters, the colours that all of these characters have, it is so beautiful. 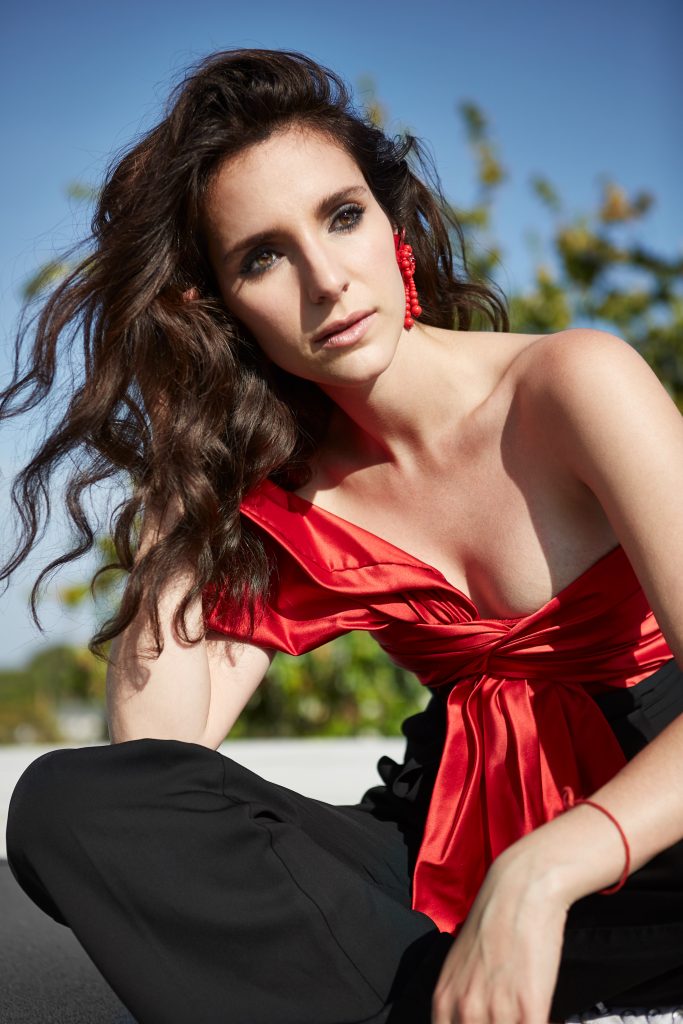 BT: Are you surprised by how the audience coming to the show is so diverse?

CB: Totally. You see that there are a lot of different people watching the show. I see it on Twitter, everyone that tweets me or the guys, they’re all different people, and you see the pictures of them and how they talk, and I think that it’s beautiful because it shows the human side of the show that we all can connect to. I think that’s so amazing. People are connecting to the show and seeing the truth of it. You don’t have to be a Latino to watch the show, you don’t have to be a specific type of person to watch the show and relate to and connect to the brotherhood type of feeling. I think that’s beautiful.

BT: What is it about this cast that clicks so well?

CB: I think that from the casting process they knew what they wanted. They wanted people who had experience of being hard-life and people who had that real feeling of struggle, of looking for something for survival. And I think that they just chose the right people. Everyone in the cast, I love each and every one of them. I’m not just saying it because I’m talking to you, I truly do, and we’ve become a family, and that’s something that I wouldn’t trade for anything. I’m not from here, so I feel like I belong, and now I have family, some people that I can trust and who can understand what is happening to me, and that’s wonderful. It’s just a big, loud family. [laughs]

BT: Are fans starting to recognize you now?

CB: A strange thing happened to me. I was at the Lakers game two weeks ago and I was going to the restroom, and this guy screamed and was like “hey Adelita!” to me up the hallway. [laughs] I was scared, not because of the scream and because of the guy, but then he was like “I’m so sorry! I’m so sorry!”. And then after the scream he started asking me questions like “What’s going to happen?” and “I thought that you had a tattoo”. [laughs] It was pretty fun, and I think that it was the first time that someone screamed at me like that. But I really enjoy it. It was cool. 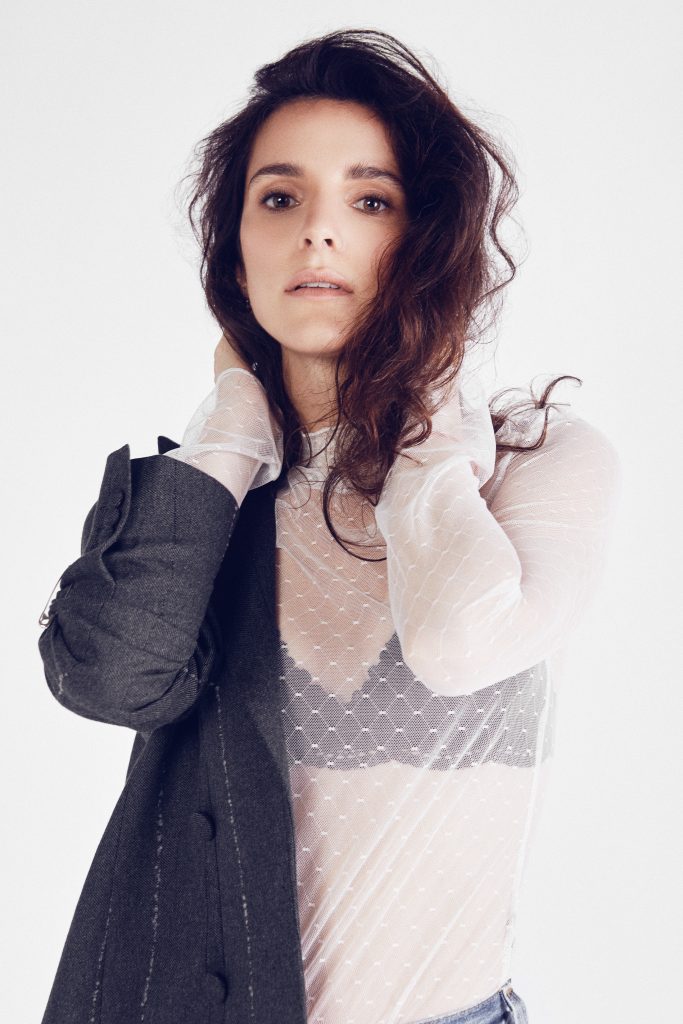 BT: How do the costumes and the neck tattoo affect your portrayal of Adelita?

CB: I thought that is was important to understand her voice. I think that I’ll never dress the way that she dresses, that’s a good thing because it keeps me away from the character. Also, the tattoo, every time they put it on, it’s like a switch. And I’m really grateful for that because sometimes, as an actor, I need something that changes me into the other person that I’m playing. And I think that the tattoo and the clothes really work for me to just switch and be this wonderful warrior. But at the core it’s always me, so I had to find that little point, to honour her, but at the same time to be grounded and to be myself. It’s an amazing process. It’s just so magical to be on set.

BT: What should people look for in the finale?

CB: [pauses] To be prepared. People are going to be waiting for a second season, because the end of this season is going to be soooo interesting! I can’t wait for season 2! I hope that I’m in season 2. I don’t know what’s going to happen but I’m really happy for the pick-up and I think we deserve it, and all the people working on the show deserve season 2 because they’ve been amazing. So, I don’t know? Let’s see what happens. 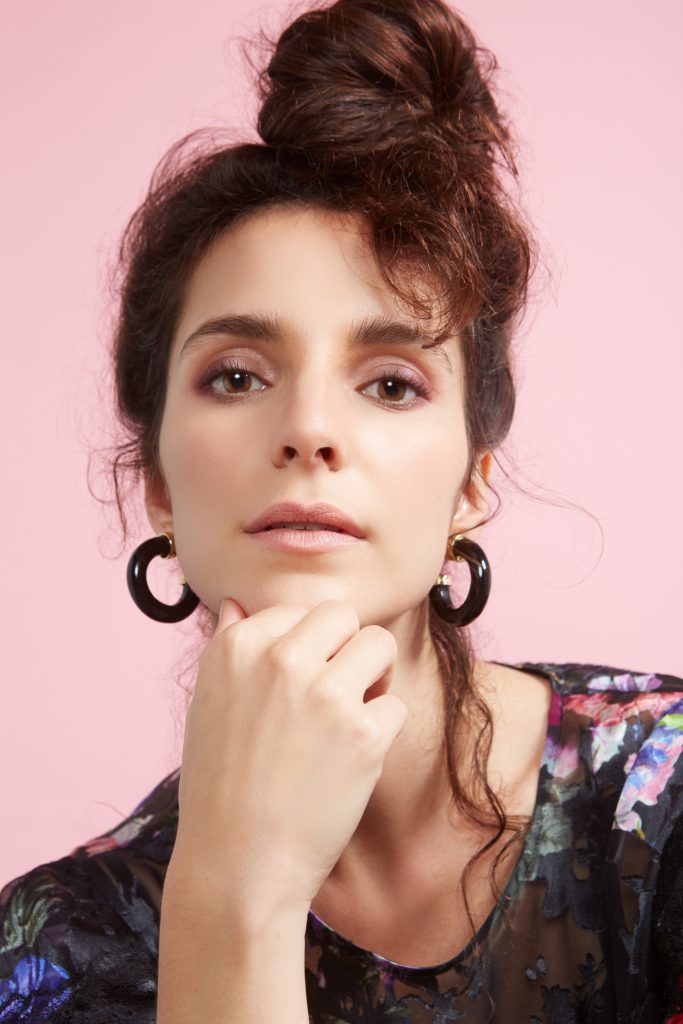 BT: From your perspective, why is it important to tell diverse stories?

CB: We have to hear about issues of violence and kidnapping and all these things, I think that it’s mentally important, to change people’s minds. It doesn’t matter if you’re white, you can start writing a show with a Latino partner and you both create something amazing because you both have different experiences and different points of views about the world. So I think it’s really important because we all have something to say and we all experience such different things in life. I think that the magic happens when you put all of these different people together. It’s about diversity but it’s also important to understand that we are all the same inside.

Mayans M.C.’s season one finale airs on FX at 10/9c on Tuesday November 6