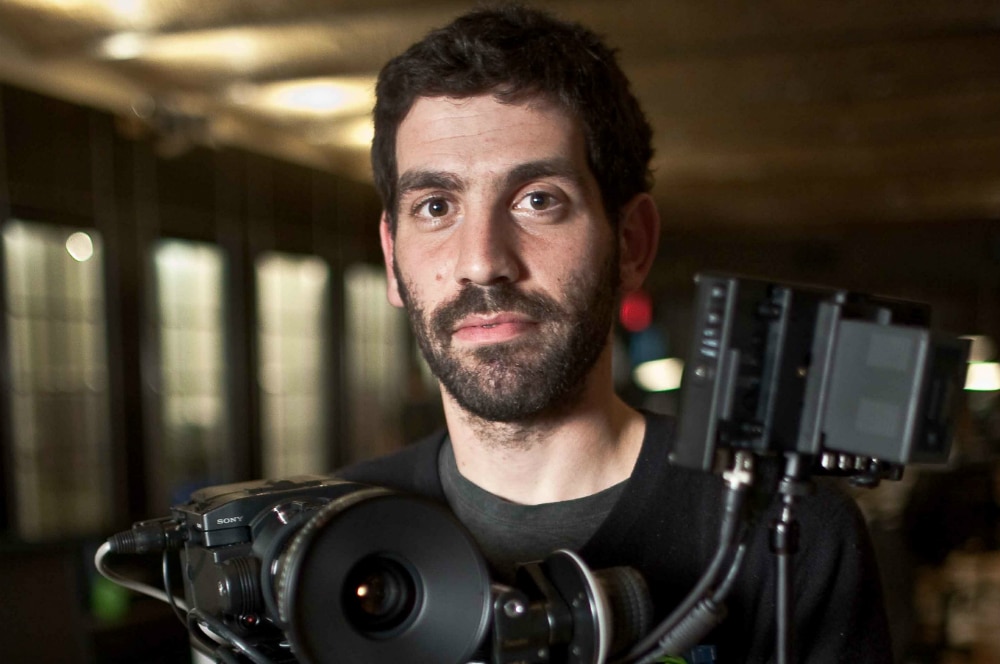 Joshua Z Weinstein is a singular person. He did our interview barefoot, in the second floor of the Gladstone Hotel. He said to me when we started the interview, “Do you think that I can move to Canada?”, and when I asked how serious he was, he said, “about 25 percent”, (or was it 75?). His film Menashe was unlike any other film this year, is shot in Yiddish, and stars a non-actor in the lead role. Weinstein brushed off my joke about the Weinstein Company, but he laughed a lot at the idea that he “changed the game” with this film. He has a big, braying laugh and will now put “Change The Game” on a t-shirt. We met with Weinstein the day after the Toronto Jewish Film Festival shuttered with Menashe as the closing night feature.

Brief Take: At the heart of your story is a tale of a man and his son, from which hopefully people can relate?

Joshua Z Weinstein: I find that I am always brought towards stories of parents, and even if my life is not exactly like their life, there’s so much of me and my sister, and my parents and everyone else, that we put in these characters.

BT: Can you tell us how the bonfire scene came about?

JZW: That was actually my favourite scene to shoot in the whole movie. Two guys being annoyed about their wives having too many kids. So many things shoved into a day, that people just love singing and drinking and having a party. There are literally so many moments that I go, “I made this film just to have that really amazing moment in the movie”. Menashe Lustig, in real life he is a widower who lost custody of his son. Those are truths, and this film is one hundred percent the emotional truth of him, so I wanted to convey how he felt during that experience. Everything else about it, there was no Problum Law, there was no one year memorial dinner. That whole narrative is an artifice I created just to be with him, and to understand him emotionally.

BT: How has this film affected you personally?

JZW: It does make you appreciate ritual. The rituals of Hasidic Jews are so spectacular. It also makes you question why people in our society seek out things like Yoga and meditation, or Twitter posts. There are so many ways people find meaning in this world and it is really comfortable to know that people find meaning through religion. It’s not how I govern my life but I definitely have such an appreciation for it.

BT: What have the different distribution and publicity teams brought to the experience?

JZW: I mean, it’s been incredible with all the support. Chris Columbus – who did two Harry Potter films – Chris and Eleanor Columbus have been incredibly supportive. I say it’s like the Yiddish Mrs. Doubtfire. To work with Mongrel Media, who has released and sold some of my favourite films of all time, A24 the same way, it just seems like there is a zeitgeist for this movie that people are excited about and it is just such an honour to have all this support. I never started this thinking that it would have such a big reach as it does.

Menashe is now playing in select cities and theatres.