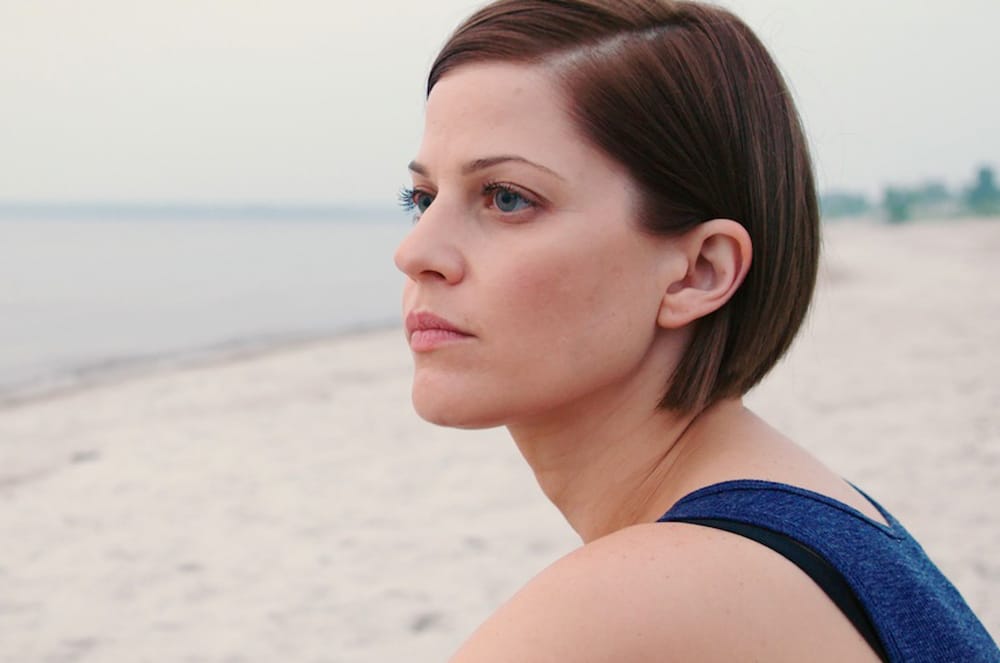 Canadian actress Tammy Gillis is an influential #girlboss and my new role model. While sitting down researching her online, I became exhausted and then invigorated while reading her extensive list of accomplishments. Director, producer, editor, actress, mentor, and, if that wasn’t enough, she fits in time for a hardcore workout session every day (I may or may not have gone down an Instagram rabbit hole while conducting my research).

Gillis appears next in the dreamy yet provocative new film Menorca, where she plays Claire, a frustrated wife and mother who embarks on a sensual (and quite literal) voyage to achieve inner peace. I spoke with the dynamo on the phone recently to chat about the film, her favorite Canadian films and her impressive filmography. The following were the conversation highlights.

Brief Take: Let’s talk about Menorca. I was chatting with a friend who’d seen the film and they described it as “a Malick film if Malick was from Canada”, and I’ve heard it being described as Lynchian. How would you describe the film?

Tammy Gillis: *laughs* Oh that’s very interesting! I usually say that it’s this weird, dark movie that you’re really not sure what’s going to happen next. It’s also a bit of a love story, I think, between a mother and her child and also, I think, it turns into a love story between Claire and Jenny (played by Sheila Campbell). I feel like Claire doesn’t really have any friends.

BT: And what was your favorite aspect of playing Claire? Depending on who you talk to she’s either the worst mother ever or the most relatable mother.

TG: I was going to say that she does things without apologizing, but that’s not true. I think she holds onto a lot of guilt. But she also does it, you know? Even though she knows it’s not right, even though I think she feels badly about it, she still goes wherever the road leads.

BT: This is probably the only film that’s ever been shot in Winnipeg and Spain. How was your experience filming in both cities?

TG: *laughs* I don’t think many come to both those places in one film together. I’m originally from Manitoba so it was fun to shoot in Winnipeg. I had my start acting there so it was nice to work with people that I hadn’t seen or worked with in awhile. That was really great. And I always like working with John [Barnard]. On the flip side of that, going to Spain was pretty amazing. It’s just absolutely stunning there and the food is incredible and the people were just so kind and welcoming to us. It was pretty amazing.

BT: And what did you like best about working with John? This is now your third project that you’ve worked on together.

TG: Well John has this easygoing, laid-back attitude that I really appreciate in a director. We trust each other so we kind of stay out of each other’s way so we let each other do their own thing, which I find to be really great.

BT: You’ve now brought the film to several big cities, including the recent Whistler Film Festival. What’s the reaction been like?

TG: We’ve had incredible Q&As afterwards because it’s such a different movie. People usually have so many questions and it’s exciting to see people become so invested in knowing more about the film. A lot of people ask what I did to prepare for the role or if I’m a Mom and would I do that if I were a Mom. I’m not a Mom and one of the challenges for me was being able to show the audience that I truly did care about my son in the film, so people wouldn’t hate me. I’m a kid, I’m someone’s kid, I had a Mom…I lost my Mom a few years ago so having gone through that loss really is what helped me go to the dark places that Claire went to.

BT: In honour of the recent National Canadian Film Day and Canada’s sesquicentennial anniversary, what are your favorite Canadian films?

TG: Ooh, One Week just popped into my head. Such a great movie! I also really love The Five Senses. I saw it at a film festival in Winnipeg I think, but that’s Jeremy Podeswa who directed it and starring Molly Parker. Oh! Goon! Goon was excellent. I still need to see Goon: Last of the Enforcers because my friend, Jonathan Cherry, plays the Goalie in it. I ran into him a couple of weeks ago so I definitely have to check it out.

BT: You have an incredibly impressive CV, I have to say. You’ve done acting, producing, editing, directing…you’ve really done it all! Where do you go from here? What’s the dream for you?

TG: The dream is to have my own production company, for sure, and to be making features and television series. The big dream is to be a series regular and then piggyback that with a production company. Or it can take me doing the work with some amazing people and creating our own thing. I’ve written a couple of feature films and I have one right now that’s sort of getting a little bit of a polish before I push it off to some producers that are interested in it. So fingers crossed! Maybe in a year or so we’ll be talking again and I will have shot my first feature.

Menorca opens today in Toronto and Winnipeg. Tonight’s special 7pm screening of the film at the Imagine Carlton Cinemas in Toronto will be followed by a special Q&A with the film’s director John Barnard and star Tammy Gillis.