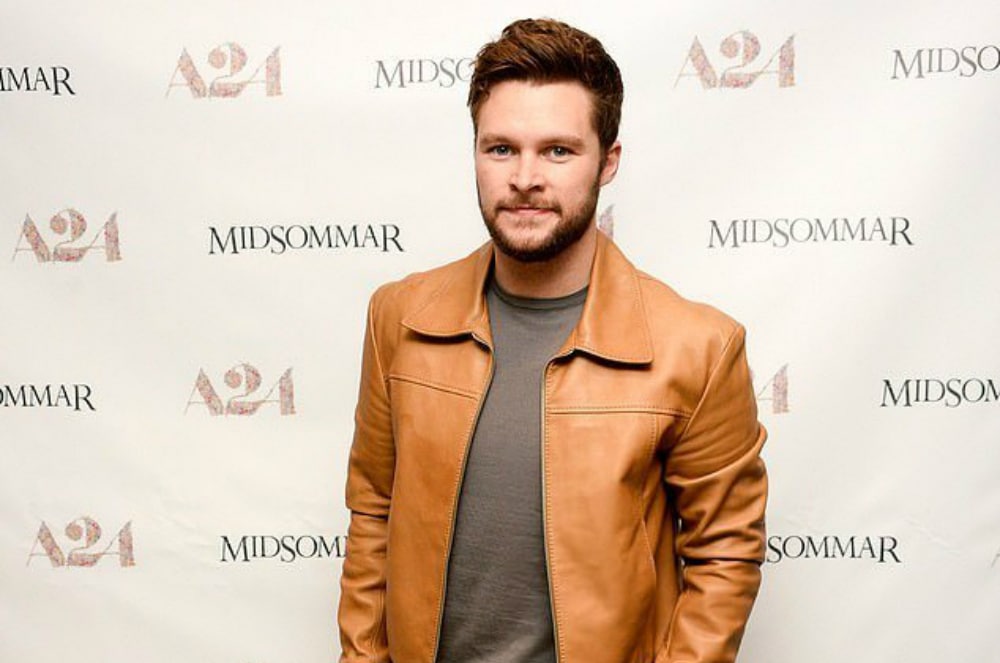 We have been fans of U.S.-born, Ireland-raised Jack Reynor for awhile now, as he delivered standout performances in two of our favourite films from the past few years (both of which, coincidentally, were released by the same distributor in Canada) – Sing Street and Free Fire. Completing this sort of unholy trinity is Ari Aster’s Midsommar, in which Reynor stars as Christian opposite his real-life pal Florence Pugh (who is brilliant in the film as well).

In addition to being an awesome interview, Jack Reynor is an educated lover of cinema, and provided an unprompted shoutout to his friend Ben Wheatley (who directed the aforementioned Free Fire). In a similar vein, Reynor wrote and directed his own short film that was announced recently to be world premiering at the upcoming Galway Film Fleadh. Reynor impressed us most by being authentic and well-spoken, easily leaving his imprint upon an esteemed group of local journalists (including Brief Take).

The following is a condensed and edited version of our interview with the charismatic and formidable Jack Reynor.

*This interview was originally published on July 3*

Tell us about stepping into the visually immersive world of Midsommar.

Jack Reynor: Well when I read the script, Hereditary hadn’t actually been released at that time, so I hadn’t seen it. But I read the script and I thought that this was obviously an ambitious film. It’s going to be very challenging for an audience, and it feels like it could be a definitive break-up movie. But it wasn’t until I watched Ari’s short films that I could kind of see in my mind visually how this was going to play out. I felt that he was a very unique, skilled, and cultured filmmaker, even from his short films. So then when I sat down with him, we got into talking, and he and I are both cinephiles. I’m real lover of Japanese cinema, and we found that we both had a common admiration for directors like Masaki Kobayashi, Nagisa Oshima, and Akira Kurosawa, obviously, and then also for other directors like Bergman and Ken Russell, people whose work was very visually oriented. He spoke to me about the vision for this film in the context of some of those references. I don’t think that the film is a knitting together, it’s not a tapestry woven together out of references to those directors’ work. I think it exists on its own and is Ari’s unique vision, but I do think that visually, it operates in a similar space to those things. But for me, as an actor going into that, and having that understanding of how he was going to achieve the visual element of this film, that was encouraging and I really felt that this could be a very special thing.

So when we arrived in Hungary and we were dealing with the tribulations of having three different languages on set, and two people who spoke all three languages, not to mention the issue of continuity with sunlight, and a heap of other things… I knew that it was going to be worth it. It was going to be worth all the frustration that we were dealing with, and it was going to be worth our patience and understanding that we were doing this so we could have this beautiful visual spectacle through this refined cinematography. Long takes, wide angles and lots of moving pieces in this vibrant, vivid world that was created  by the production designer. So it felt special when we were doing it. 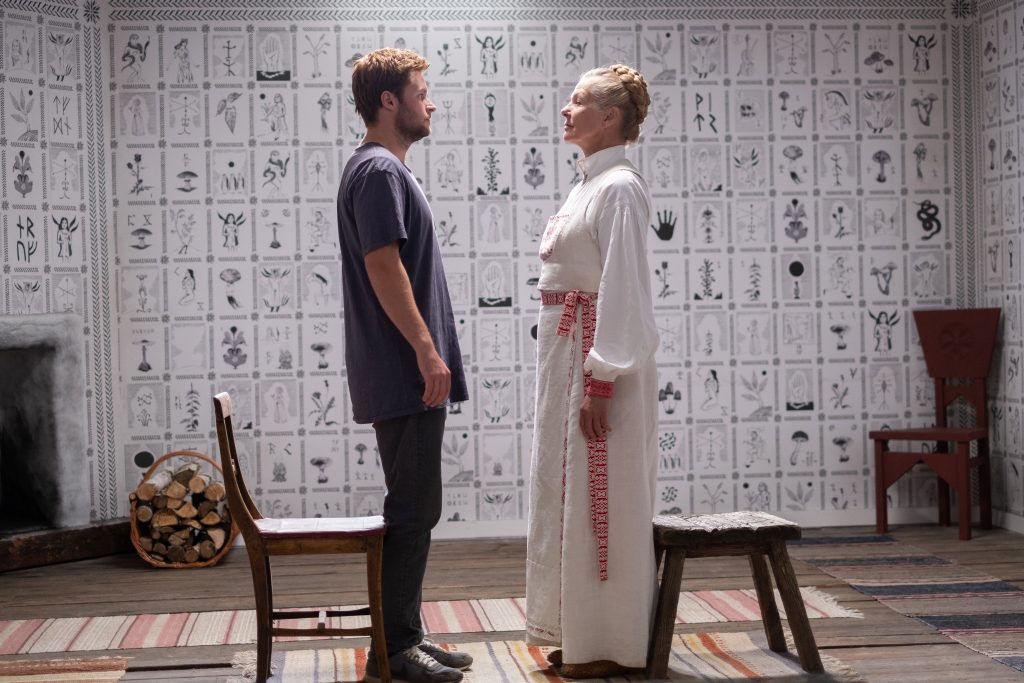 JR: As a director, I go back to those same directors, people like Ken Russell and Bergman. Werner Herzog, I absolutely adore. I’m a big fan of Fellini, Jean-Pierre Melville as well, so those are the kinds of directors and writers who I turn to for creative references when I’m trying to figure out how to frame a contemporary issue.

For this role in this film, to be honest with you, whenever I’m working on a film as an actor, I’m usually trying to draw from my personal experiences and also the experiences of the society around me. In this instance, we’re dealing with a character who is the antagonist of the film. I think the use of the word villain in the context of this film isn’t really right. I think that in order to be a villain, you have to be setting out to cause harm to someone else, it has to be an intentional thing, that’s what makes you a villain. You can be an antagonist by merit of being ignorant and insensitive and lacking in empathy. So I think there’s a distinction between being a villain and the antagonist, but I definitely think that my character in this film is the antagonist. However, there are so many things about the character that I can relate to, and I think that everybody can, so it was more of a case of drawing on my own experiences in relationships, and not just romantic relationships, but the demands of family and friends as well and sometimes coming up short when people need you. So that was where I was rooting the character.

Outside of that, I know Ari said that it’s a fairytale horror, so there is an archetypal vibe of a young, ignorant American kids going on a road trip and getting picked off one by one. So there’s a culture of film to draw from as well – Texas Chainsaw Massacre, obviously, and the whole slasher genre really. Those archetypes are there to be incorporated and to be played with, but hopefully we’re finding something more substantial within the subtext. 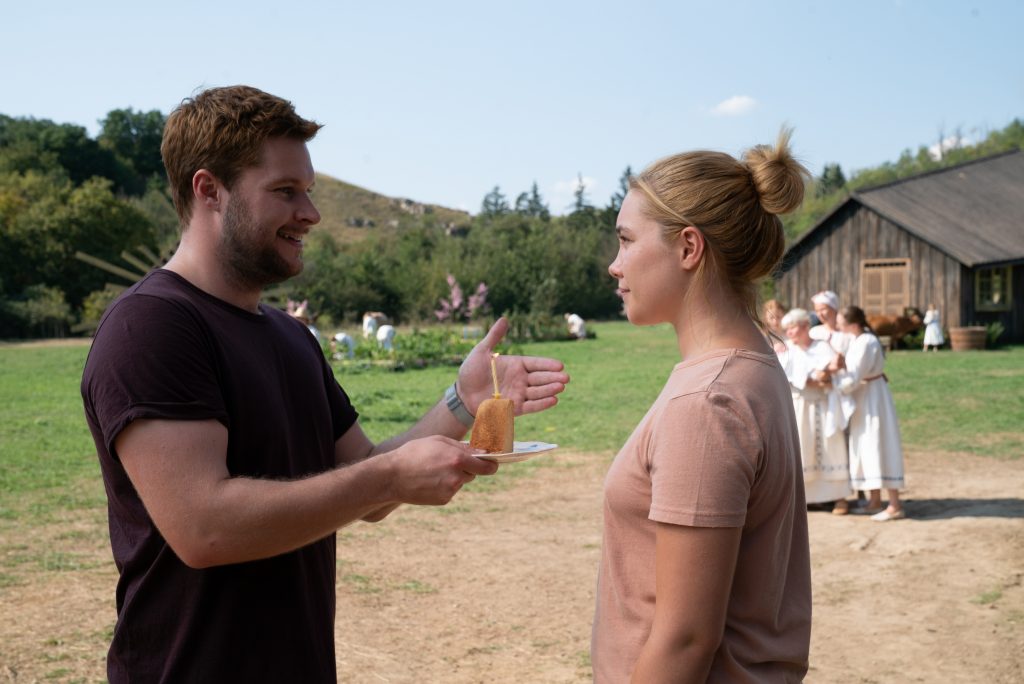 Tell me about the rehearsal and preparation period with yourself and the other key actors on the film.

JR: There was definitely a period where we sat around a table like this and had conversations about the characters and how they related to people in the real world, and relationships, dysfunctional relationships, all kinds of things, and that was very informative for all of the relationships that play out in the movie. We also did, for instance, one afternoon, Ari, Florence and I one afternoon decided to do a little improv exercise where we designated Ari as a relationship counsellor and we spent an hour having a counselling session with him, which was really interesting. That really opened up the relationship for me. I really do feel that to have that time to have those kinds of conversations and to do some improv exercises right before you go into a shoot, that could make or break a film. It’s so rare to have the opportunity to do that, but if it can be done, it’s vital for lending authenticity to relationships in a film, so we were really blessed to have that. 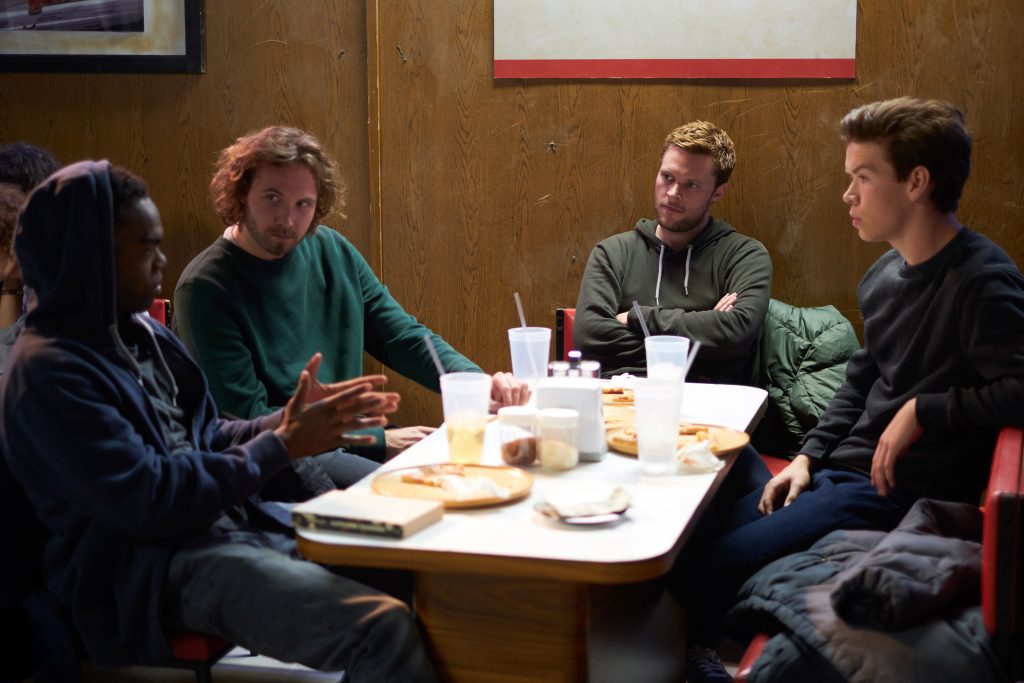 You’ve worked with Will Poulter four times now, including this film, and it’s obviously been a rewarding working relationship because he’s the lead in your short film as well. What have you liked best about collaborating with him?

JR: He’s one of the most gracious and generous people I’ve ever met. He’s one of the most conscientious people I’ve ever met. He’s one of the most talented actors I’ve ever met, hands down. He’s such a good friend. The films that we’ve done together, each one of them has presented its own unique challenges, none of them have been easy to make, including the short, but the support that Will gives me as an actor and as a creative person and as a human being is just…I’ll put it this way, we have no designs on stopping working together. We’re going to continue working together. I just think he’s brilliant and an amazing collaborator too. He’s such a ferociously creative person and he’s a funny bastard as well. 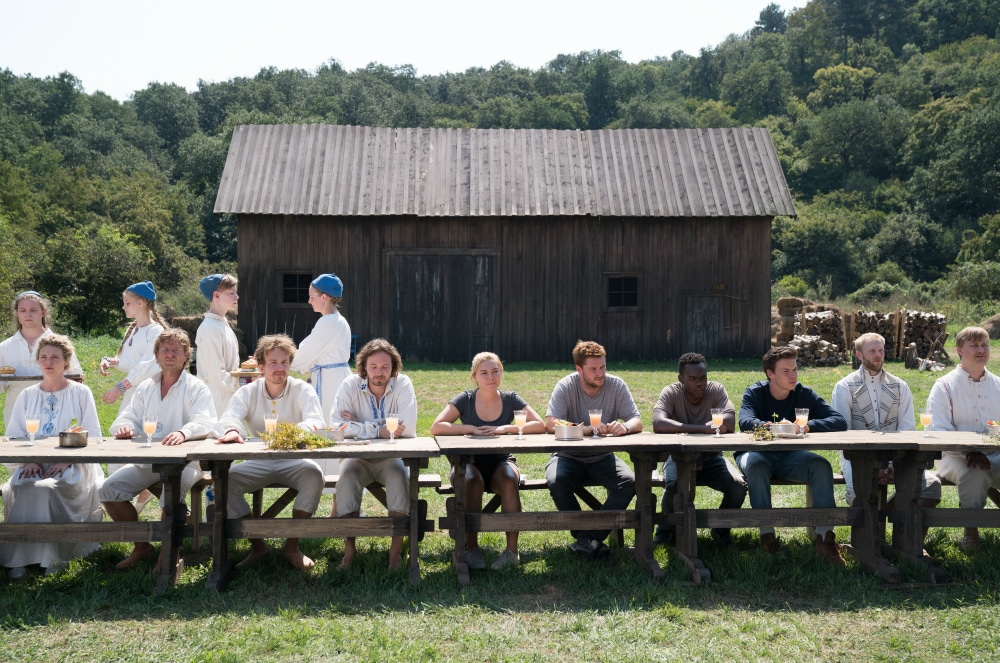 What was the hardest scene to capture on set?

JR: You know the scenes where there were dinners happening? Those were very difficult for us for a multitude of reasons. Those tables were mirrors. It was boiling hot every day but it was direct sunlight both ways. The heat made everyone very uncomfortable and the food that was out on those tables, it was not sprayed with glycerine, so it was rapidly deteriorating. There were maggots everywhere all the time, there was a swarm of wasps for the entire shoot. The glasses are filled with basically sugar water so at any given moment you’ve got three wasps crawling on your skin, and you just had to be OK with wasps. I didn’t get stung, thank god, but some people did.

Midsommar is now available on Blu-ray and DVD