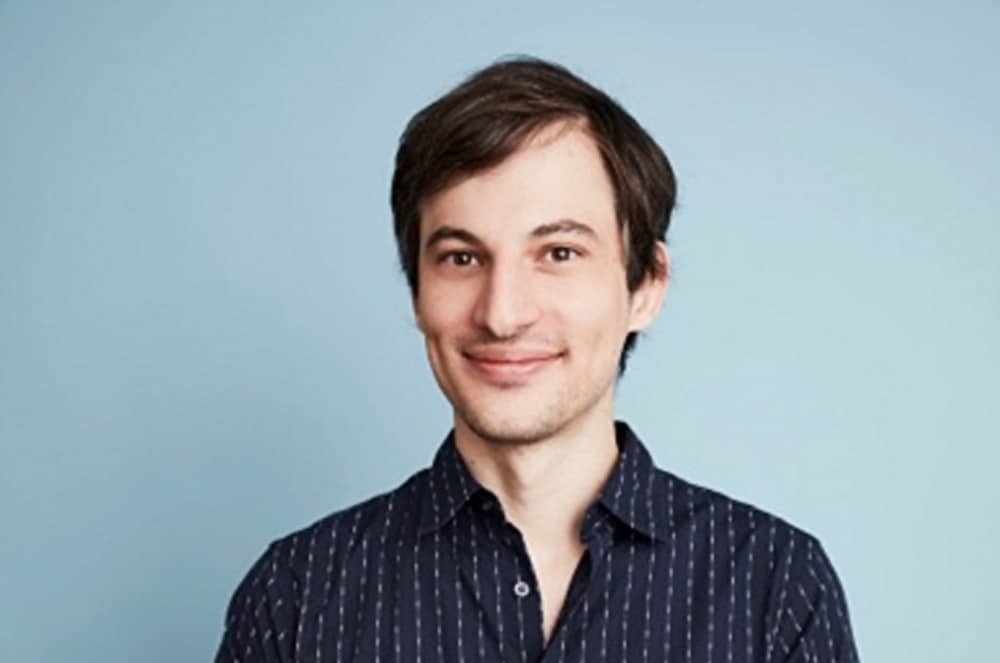 Though it is an unwieldy title, Dash Shaw’s My Entire High School Sinking Into the Sea was one of the big success stories of this past September’s Toronto International Film Festival. The animated film arrived without a distributor and was bought by GKids, making Shaw the first American director to be represented by a company that is famous for handling the Studio Ghibli movies. Now, months later, the trailblazing film is being presented at the TIFF Bell Lightbox (which is one of the few places that can expertly exhibit the film). We recently spoke to Shaw by phone, and discovered that he had much to say about the film festival and about Toronto, even though it was his first trip to TIFF.

Brief Take: Your film is very much a “New York” story and yet you premiered it in Toronto, why is that?

Dash Shaw: (laughs) (pauses) Well, I mean it was really cool to debut at TIFF. I was really excited to premiere in Toronto, because Toronto is a super cool town. A lot of comic book writers I know live in Toronto, and Toronto is actually a much better city for comic book artists these days than New York. I mean, you have Jillian Tamaki and Michael DeForge and Benjamin Marra, some of the best comic book artists in the world are coming from Toronto. My joke is that Canada doesn’t have the quote unquote Pursuit of Happiness. Cartooning is staying indoors and vibing into your own world. But also I think about The Beguiling and the festival that they run, TCAF. I mean, The Beguiling is one of the best comic book stores in the world, and TCAF is one of the best comic festivals in the world, and you have Koyama Press and there’s just a lot of energy in Toronto right now in cartooning. I mean there was a lot of great music coming from Toronto. I was thrilled to have it play in Toronto.

BT: Did you have previous experience working with the voice cast?

DS: In 2014, I had the movie drawn, but I didn’t have any actors to sound stuff or record stuff and I didn’t know how do it. So I met these two producers at the Sundance Lab, Kyle Martin and Craig Zobel, and Kyle had done Tiny Furniture and Craig had done Compliance (and Homestar Runner!) and so I saw that they had done two movies inexpensively that were really great and they both lived in my neighbourhood, and this was when I lived in Bed-Stuy in Brooklyn. So we got lunch and I said that I have this movie and it’s eighty percent drawn, and I want to get some actors, and they both suggested Jason Schwartzman, and I said “I know him”, because he liked this comic I had done called Bottomless Belly Button, and we had kept in touch over the years and we would walk around New York. I didn’t think that he would do it, it honestly didn’t enter my mind until they said to email him, and I was like, “am I really going to be the guy that emails this actor and you know we’re friendly but it seemed..”, and Kyle and Craig were like, “just email the guy and he can say I don’t know, I’m too busy”. So I emailed him and he said yes, which was amazing. John Cameron Mitchell, I had drawn the comic in Rabbit Hole and Thomas Jay Ryan, I had gone to the Sundance Labs with him and I really liked him as an actor. When we went to people that we didn’t know, like I don’t know Susan Sarandon, we approached her when I had the whole comic drawn, and she said that she wanted to do it. Surprising that we got such a great cast. The movie’s strange, and it looks strange and the characters are reacting to things in strange ways, and so I feel like the human voices are the one thing that’s shooting through this strangeness. They’re really the soul of the cartoon.

Brief Take: What do you think of the fact that your comic book Doctors has been optioned?

Dash Shaw: I don’t know, I’m not involved in writing the screenplay or anything.

Brief Take: You had a nice shoutout to your publisher  in the movie as well.

Dash Shaw: Yeah, Fantagraphics. I don’t know how many people will get that.