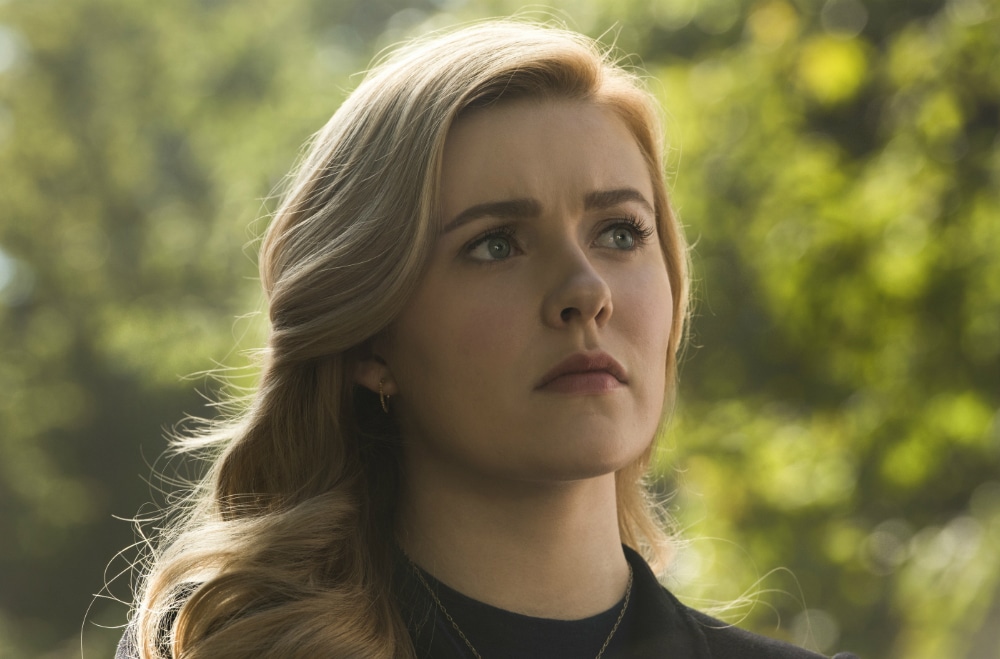 This fall, our two new major TV obsessions have been created by the powerhouse team of Josh Schwartz and Stephanie Savage, ie. Looking For Alaska and Nancy Drew. We were enamoured with the limited series Looking for Alaska on Hulu, and when Brief Take was invited to an exclusive pre-screening of Nancy Drew by W Network, we knew right away that we’d be all in on the series (also created by the fabulous Noga Landau). As the titular Nancy, the mega-talented Kennedy McMann is captivating, and it’s just a matter of time before “a star is born”.

We were super excited to chat with McMann on the phone the week after the season premiere, (after she had returned from a cross-country trip to NYCC), and the following a condensed and edited version of our very candid interview with the delightful actress.

Brief Take: What’s it been like for you since the show premiered?

Kennedy McMann: It’s been a lot of things, it’s been really crazy. I think that it really hit me though when I started getting messages from friends from New York and L.A. and Chicago, which is kind of where key things pop up, that it got more and more and more and more and more, and then it kind of became a bit of a game between me and my friends, like where they can find me. I went to New York this past weekend, and I went to my old subway station, when I would go to my nanny job. But instead of going to my nanny job, I would look at my face on the wall! [laughs] It was truly one of the most surreal moments of my life. It was really cool.

BT: What has it been like working alongside Scott Wolf?

KM: It absolutely has been so great. Scott really reminds me of my real Dad. From the moment we first met, it felt like we already have this…he already has three children, but I think that there was something that clicked from the first moment that we met. Especially when we do press together, we’ll say the exact same word at the same time, it’s become very weird [laughs] but we’re just on the same page. He’s been such a great person to lean on for me when things get crazy or puzzling or challenging, he’s been through it. He’s such a lovely, kind and generous person that he really has felt like a Dad for me in my real life. No replacement for my actual Dad, but he’s a good surrogate Dad, for the time being. 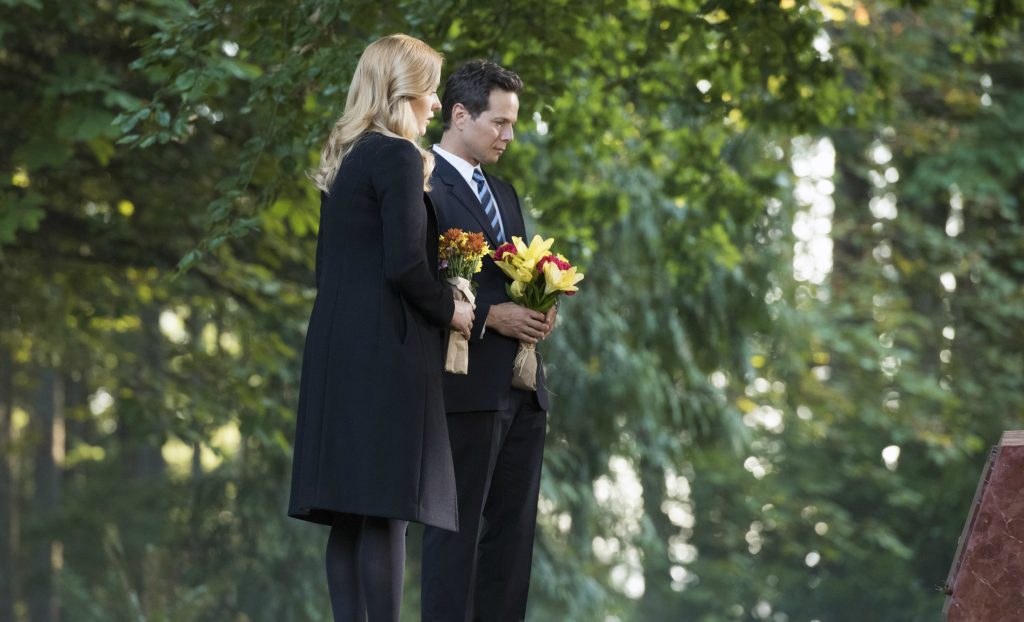 BT: What did this really great cast bond over right away?

KM: I think that we got extremely lucky right away to have a cast that was made up of people who really have their feet on the ground, that are humble and passionate about their work, and we don’t have to struggle with anybody’s ego, which is rare [chuckles] and something that I’ve been through before. It’s a bunch of people who love the show, love their characters, and want to give it their best shot, and I think having that on the ground, we felt the bond really quickly. We are all people who are very passionate about taking care of ourselves emotionally and really mentally and encouraging that to come out in each other. At the end of the day, we’re making a tv show, we can’t take it too seriously, it’s supposed to be fun, and everybody’s really good at staying grounded and not taking themselves too seriously.

BT: What kind of shows do you like watching?

KM: You know, typically, as I work so much in the world of fiction, and it’s my job to work in storytelling, so when I get home, I’m like: “I have to turn this off in some other way”, and I turn a lot to reality competition shows. I watch shows like Survivor and Big Brother and The Amazing Race and things like that. That’s always helpful to binge a few episodes in my defined way of not feeling like work. But when it comes to fictional television, Gossip Girl is one of my favorite shows of all-time. The shows that are funny and smart and have a lot of heart I’m finding are my kind of shows. 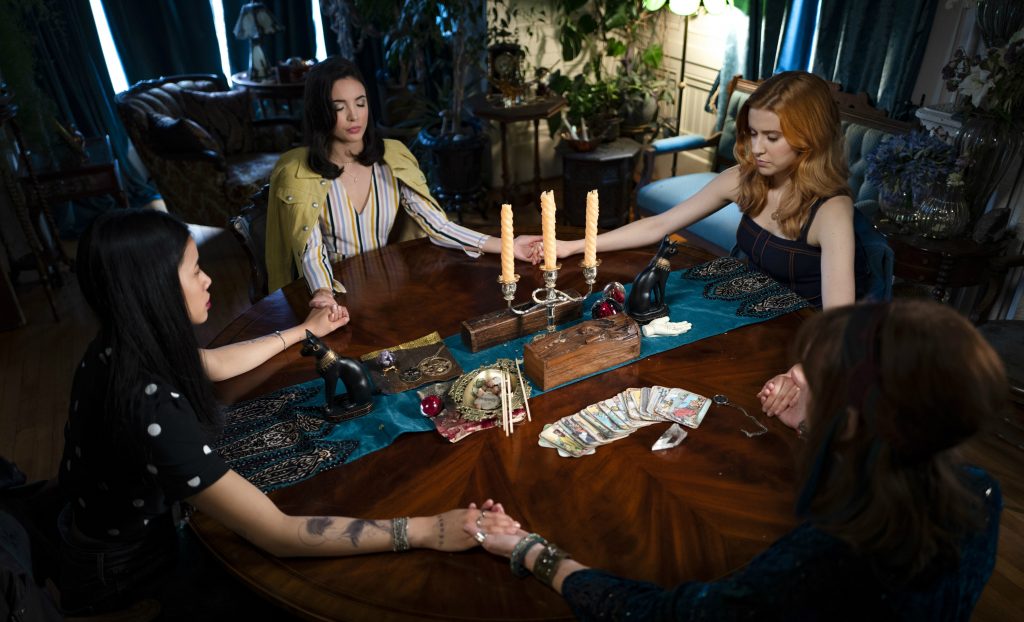 BT: What’s it like to flow naturally from Riverdale as your show’s lead-in on the CW?

KM: I think that we all feel extremely lucky that we were entrusted with that time slot. When I found out, I was like: “Oh my God, that’s a real vote of confidence”. The Riverdale fanbase has been so kind and excited about our show, and hopefully, we will be up their alley and they will enjoy it. But yeah, we hope to keep their ratings up as much as we can, and in my opinion, as it goes on, it only gets better and better. But yeah, we have our own little watch parties on set. [laughs] Every Wednesday, there’s a back porch in The Claw and we set up a little viewing party on a projection screen, and the cast and crew watch it. We admire everyone’s work with a whole bunch of us all together.

BT: The series has a message that there is not one true morality. Who are some of your role models?

KM: I’m so glad that you picked up on that, by the way, because that is one of my favorite parts of the show – that grey area – and I think that it’s important that we find that, what is good and right for you. Current role models? I’ll take a page from Nancy Drew’s book and say Pamela Sue Martin (who played Nancy Drew, Fallon Carrington Colby on Dynasty and recurs on Nancy Drew as a medium) as she is a visionary toward starting the path toward our self. Yeah, that is someone that I really admire. 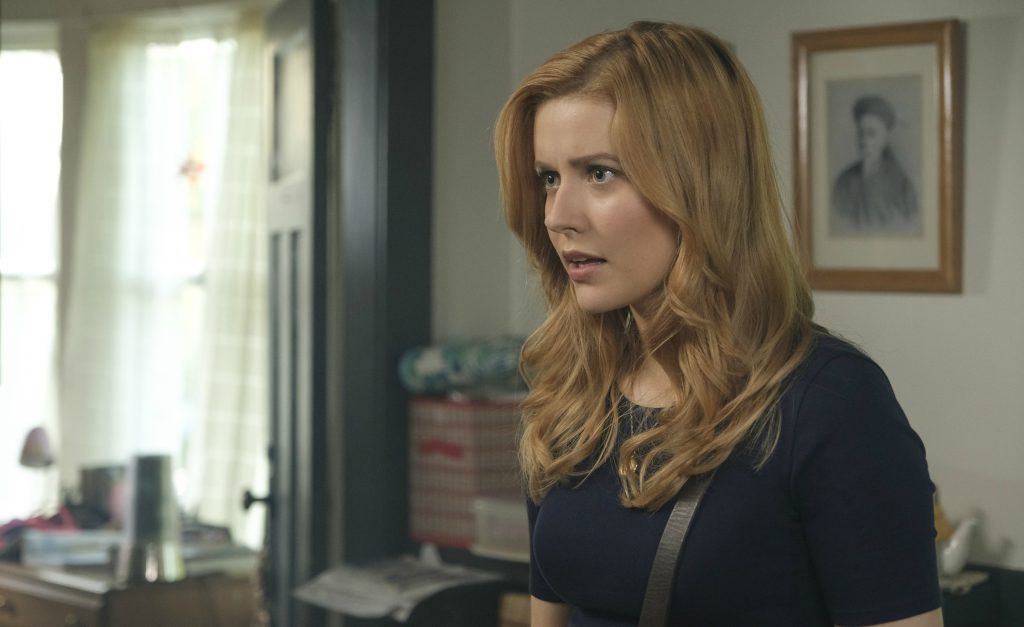 BT: How has leading this series changed your perspective on the industry or on your future trajectory in it?

KM: I never really know what to expect for the future, or when I get a role like this one, especially when you are as new as I am, there’s this element of responsibility in the production as a whole that I take very seriously. I’ve fallen in love with that aspect and I would really hope to protect the whole thing in the larger future, of all the moving parts. I’ve really, really fallen in love with analyzing all of that and what changes make aspects of the production better. It’s been very interesting because I never necessarily expected that of myself. I think that I expected myself to have a love for the leadership quality of it and the sort of responsibility to set the tone in a positive way, when people are on set looking at you. But I certainly never expected to enjoy so much all of the moving parts and how to make everything as it should be as quickly as possible. I would really love to see myself in a producer role in the future, I think that’s something that I never knew that I wanted to do, but I think that in my future, that whole aspect is something that I would want to achieve. But obviously I am an actor first and foremost, and my focus is on the character. I would love to explore that in all details, whether it is film, on stage, and hopefully to be able to do this show for quite a long time. [chuckles]

BT: How do you feel when you’re filming this series and portraying Nancy?

KM: Honestly, it’s refreshing. I think that you hit the nail on the head. I love playing a character that’s flawed, we all love playing characters that make mistakes and that have consequences in their relationships, and have to learn how to navigate these, but also to be real and raw and genuine. I think that there’s nothing more satisfying than living in a world that has this sort of complication. 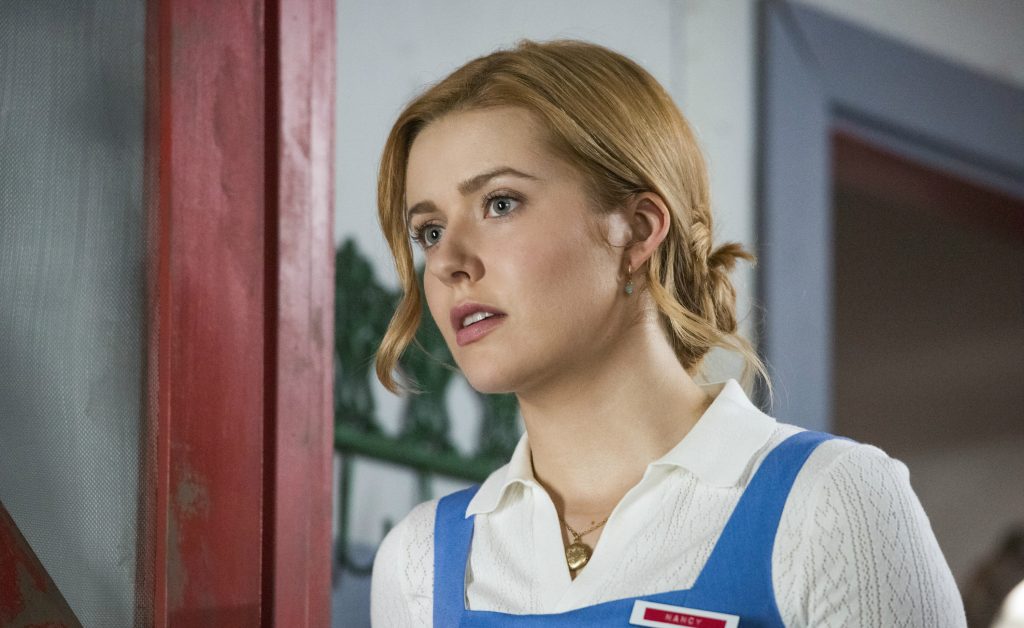 BT: What would you like fans of yours to know about you?

BT: What’s coming up in the series that we should look forward to?

KM: There’s much to look forward to, that’s for sure. A lot of meddling kids getting themselves into big messes, that’s for sure. [laughs] Then our lovely ghost that you see in the pilot, that’s certainly not the last that you see of her, she becomes quite an important character as we go along. A lot of interpersonal mysteries, which will delight, and a lot of consequences of Nancy digging into the past lives of those around her. It’s getting a little heated, but very, very exciting. 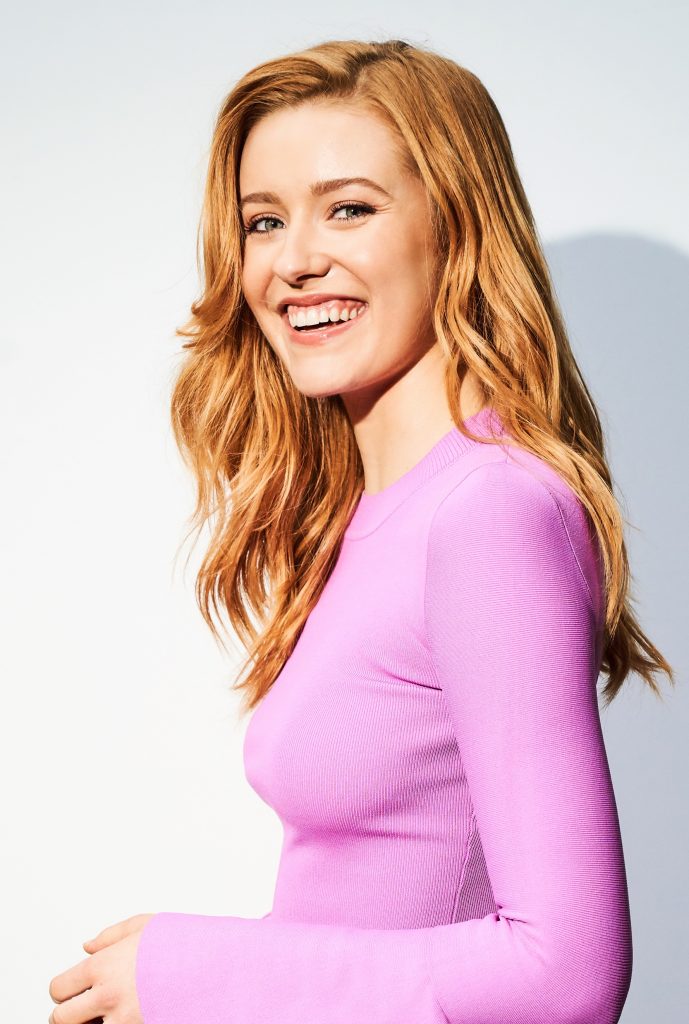