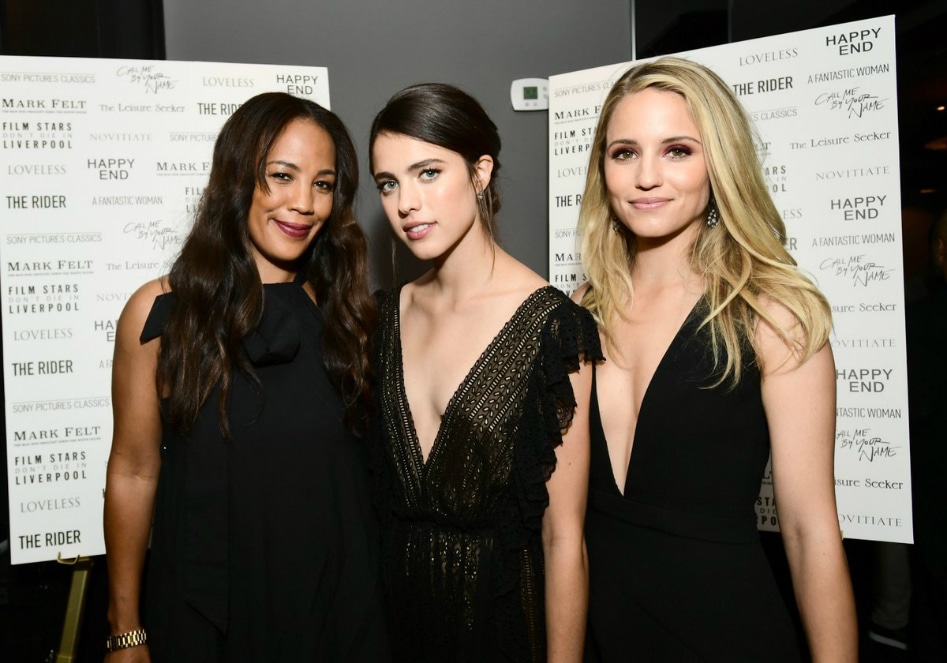 The film Novitiate by writer/director Maggie Betts and starring Margaret Qualley as Sister Cathleen is fascinating. Part of the reason is because it focuses on a group of young women striving to become nuns in the Catholic Church in the 1960’s. Instead of feeling like such, it is almost like a story of an initiation, into, say, the army, or a football team. In fact, it resembles the Sony Pictures Classics and Mongrel Media release Whiplash in a number of ways.

We sat down with Betts and Qualley at an intimate roundtable during the first weekend of the recent Toronto International Film Festival. The words of both were extremely impactful and it’s a beautiful film that’s definitely worth a look. Here is an edited version of our conversation.

We thought Melissa Leo was exceptional in this movie as the Mother Superior. Could you tell us a little about working with her, Margaret?

Margaret Qualley: Yeah, obviously she is such a wildly talented actress and it was intimidating to work with her which I think worked in my favour for our relationship within the story. Not that she was unkind to me, she was very generous and very kind, but she’s so revered and I respect her so much that I think that it was likely helpful for our onscreen dynamic.

What do you think about the fact that your film debuted at Sundance in Park City and that there were women’s marches taking place that very day?

MQ: We both marched in Park City.

MB: Our movie premiered the day of the inauguration. I would unabashedly say that it has very strong feminist undertones. That’s not by accident. *laughs* And that seems to be a more and more prominent conversation because of Donald Trump. So yeah, I do think in that way that a lot of the under the narrative themes do reflect…

MB: Why does this enormous institution that’s there have to regulate the most intimate thing inside of yourself? That’s so weird to me. What I find most fascinating is when sexism is so entrenched in an institution, that’s it is almost like the institution’s own self-conscious.

I find it so interesting that your film is about a repressive religion and then along comes Donald Trump’s inauguration at the exact same time that your film premieres. The recurrence is almost prophetic.

MB: That’s so nice of you to say. It comes from a historical event in the sixties so I don’t know if it’s prophetic but I deeply appreciate that it felt that way.

When I was in school, we would always study any work of art and its relationship to its time period. Even if making a story that takes place in the sixties is coming from your head at this particular time, I think that art is heavily influenced by the period of which it comes out. I will be so fascinated to see what kind of art emerges now.

Novitiate opens in Toronto (Yonge-Dundas) and Vancouver (International Village) this Friday, November 3rd and will open in Montreal on November 10th.