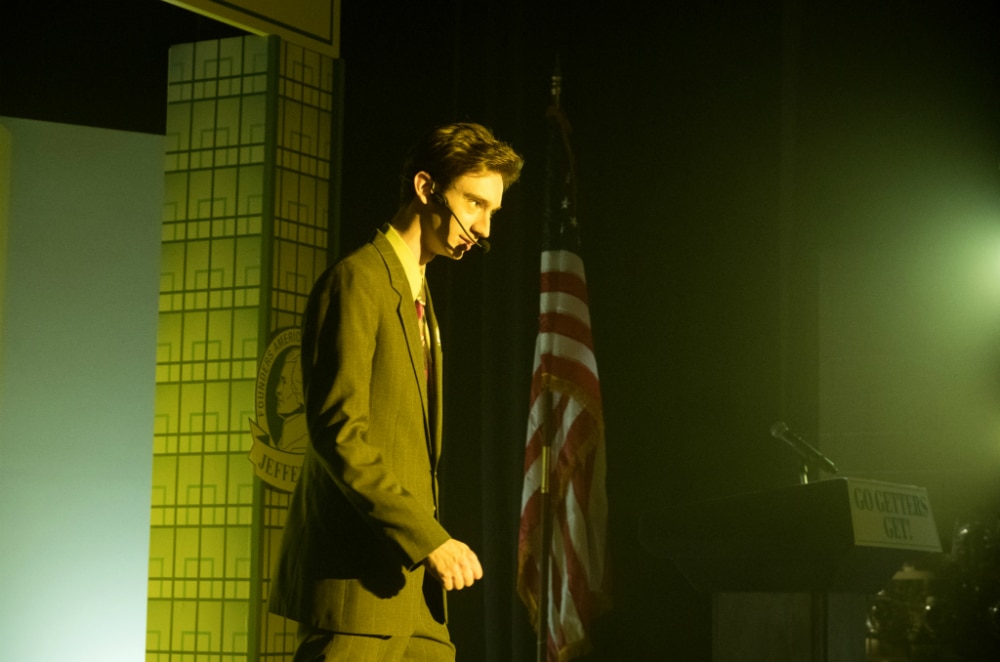 On Becoming a God in Central Florida is one of the most anticipated shows of the year, and it was very exciting to discover that the lead role of Cody, opposite Kirsten Dunst’s Krystal, is the French Canadian actor and TIFF Rising Star alum Théodore Pellerin. We’re thrilled to see a performer of this calibre appearing in diverse films and shows such as this one, and we became determined to contact Pellerin to hear a little bit about how he made it to this point in his acting journey.

Brief Take spoke exclusively by phone with Pellerin from the set of a tightly wrapped project set to film in Vancouver, and the performer disclosed some of what makes the quirky On Becoming a God in Central Florida such a passion project and some cool facts about his method.

The following is a condensed and edited version of our conversation with the charismatic and enigmatic Théodore Pellerin.

Brief Take: Congratulations on your brilliant performance on this show! Your character Cody is multifaceted and perhaps not entirely heroic. What do you make of him?

Théodore Pellerin: It was one of the first things that the creators and writers and Robert (Funke) told me, which is that Cody was made to follow. I think that was interesting to me because he truly believes in the system and he truly believes in FAM as a way to success and mostly as a way to happiness, and that was really interesting. For Cody, FAM is sort of a religion which has rules and a working system that whenever you have a doubt, whenever you have a problem or a question, there are answers available for you that still keep you in the system. And yeah, he’s a true, true believer. And I love that about him, he’s definitely looking for something. He’s definitely looking for approval and adoration, I think that adoration is the only sort of love that he has so far experienced. Him adoring Obie or people who are examples of success, and I think that throughout the series he’s going to discover something else, a different form of love, definitely that’s what he’s looking for at the beginning of the series, and also to help people and to be the one, be the saviour.

BT: What helped you craft your fascinating dynamic on screen with Kirsten Dunst?

TP: I feel like we got along pretty quickly, Kirsten and I. She’s very easy to work with, very funny, incredibly pleasant and generous when you’re acting with her in a scene, and we have a lot together throughout the show, we were partners in that. The relationship between the two of them really evolves, there’s something different that happens in episode 4, and it’s sort of a sub/dom relationship. They have a very specific dynamic that’s funny at times and at times, very dramatic, and it was nice to go into that. We had a really good time, we had fun doing it. 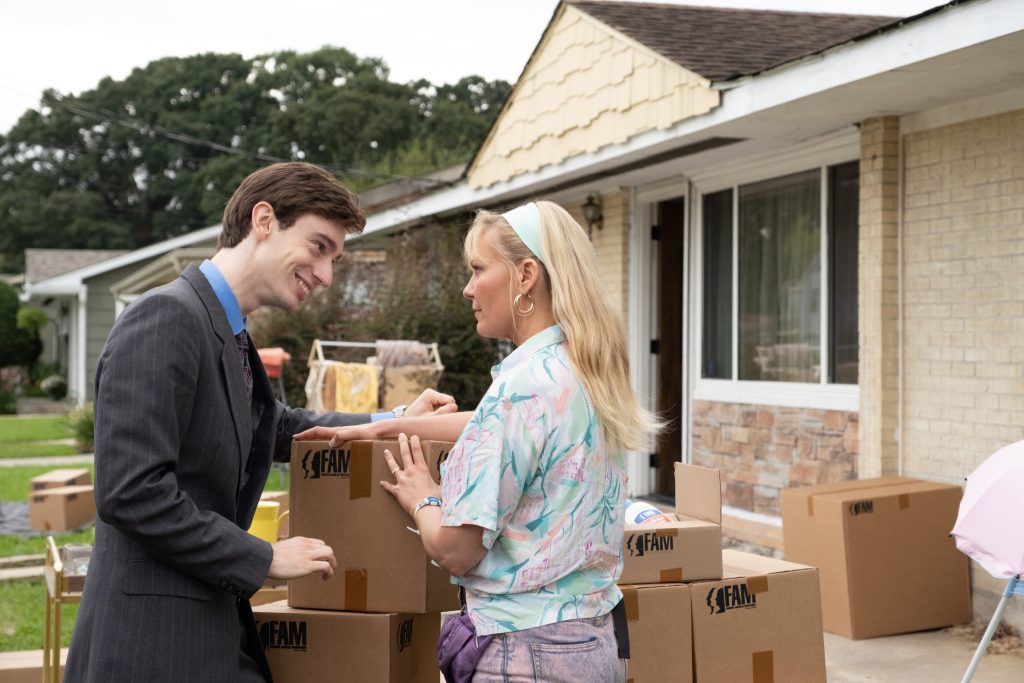 BT: How do you find a strong chemistry in your projects with your scene partners, such as with Stefanie Scott who spoke very highly of working with you?

TP: That’s something that I like about acting, it’s not just the moment that you are acting, first of all, everything that comes before: the preparation, the research, discovering character, discovering a story…entering someone else’s reality. The whole relationship that you develop with people on set, and with the actor and with the director, you’re trying to tell a story together, and the relationship that you develop with people is very crucial for me. Part of the pleasure of doing what we do, I think, is all of these people that you meet and get to know, so I think that I have been very lucky in working with good, talented, intelligent, funny, loving people, and I hope that it keeps going that way. [laughs] It’s definitely more fun to work with people like that.

BT: What did you enjoy about working with the series creatives as a part of this experience? 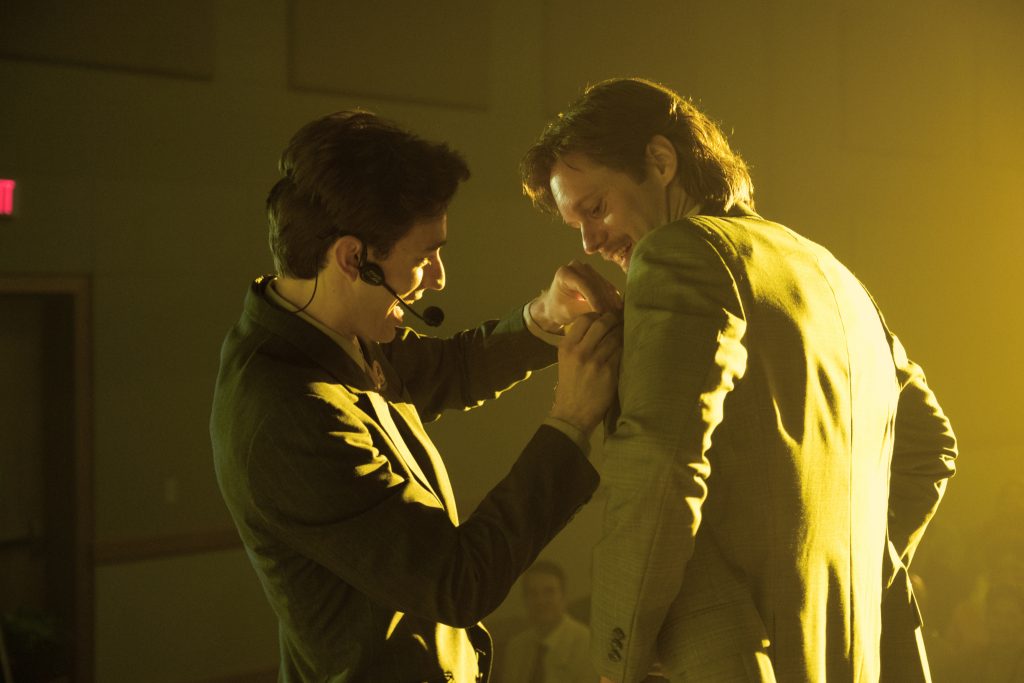 BT: Did filming a 90’s-set series feel like a step back in time?

BT: Did you take any of the costumes?

TP: No! [laughs] I loved them when I was shooting, but when I’m home, I’d rather not wear one of these suits, I’m good. But Stacey Todd did a great job on this show, she’s the costume designer, and it’s so great, but it’s also very much what it is, which is strange and it belongs to the night and in Florida. 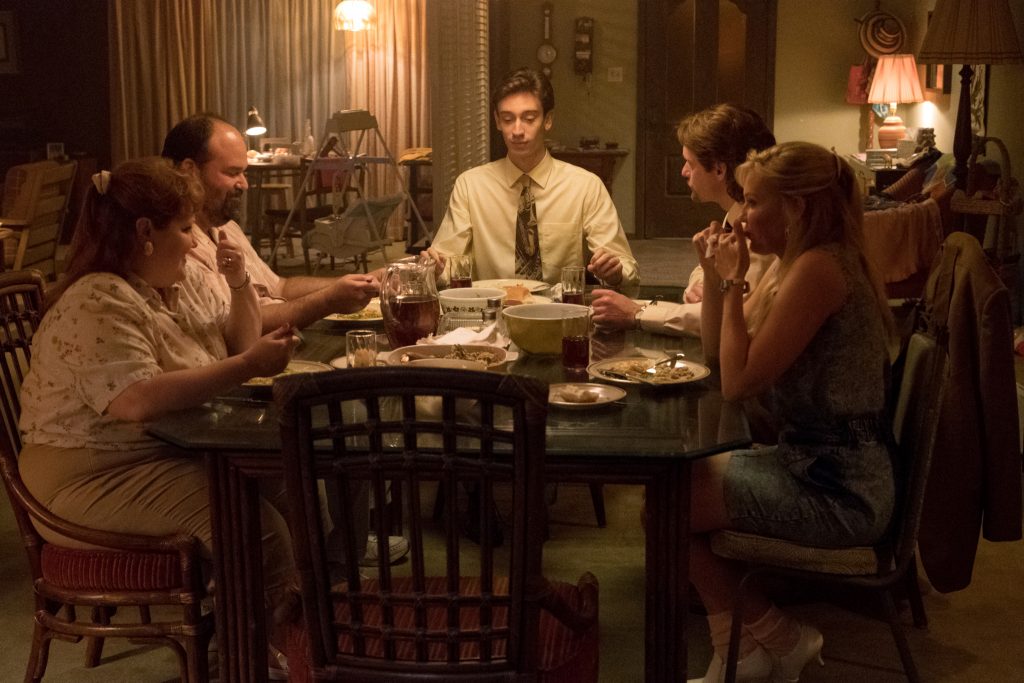 BT: What did your experience in Boy Erased bring you on your acting journey?

TP: I mean for me, the character was very interesting because he sort of reflected Lucas (Hedges)’ character, Jared. I think that he came from a very similar background, but he was at a point in his life in which he had taken himself away from that and he was at a more healthy place with sexuality and spirituality and religious life. It was very interesting to experience a character like that. Boy Erased also really revealed to me the reality of these conversion therapy centres and all that’s happening in America. I had heard about it, but I really didn’t know truly, and also to work with Lucas, who is such an amazing actor, and Joel, and to be a part of this story, I felt very privileged.

BT: What shows and movies have you enjoyed lately?

TP: Lately I’ve really enjoyed Chernobyl. I think it’s incredibly made, I think it’s really, really, really well made. A French film that came out earlier this year as well, which is called Shéhérazade, it’s a beautiful film. I mean there’s so much! I loved Fleabag, I think that it’s brilliantly written. Also theatre in New York and Montreal, I love theatre and so whenever I have the chance, whenever I’m not working too much, I try to go and it inspires me. 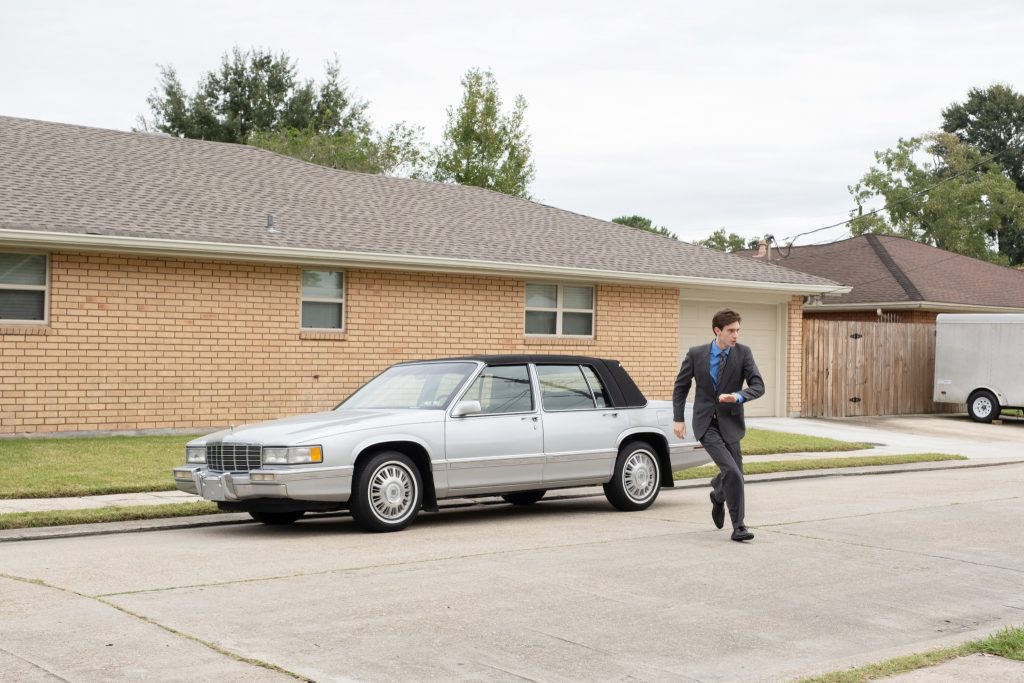 BT: What do you have coming up that you can discuss?

TP: There’s Never, Rarely, Sometimes, Always from Eliza Hittman, who did Beach Rats. I mean talking about great directors, she’s an outstanding director. She’s great and her script is sort of a masterpiece. We shot that in New York in February, I think, and I’m really excited for it to come out. There’s also Sophie’s (Dupuis) film, who did Family First or Chien de garde, I worked with her on that, and we did our second feature which I’m also very excited about. Now I’m in Vancouver shooting a film for Netflix by Patrick Brice, which might be fun, too, and we’re starting that soon and I’m very excited about it as well.

BT: Which sort of arc do you look to follow in terms of the projects that you select?

TP: I want to be drawn to something. I want to feel like I have to be a part of something; I want to be in love with the script, I want to love the work of a director. I really enjoy being able to work in French and in English and to be able to navigate through that. I think that’s a real gift for me because I’m allowed to explore different cultures and different languages and a different way of working. That’s really nourishing, I feel like I’m really learning doing that and I want to keep doing that.