written by Charles Trapunski May 7, 2019 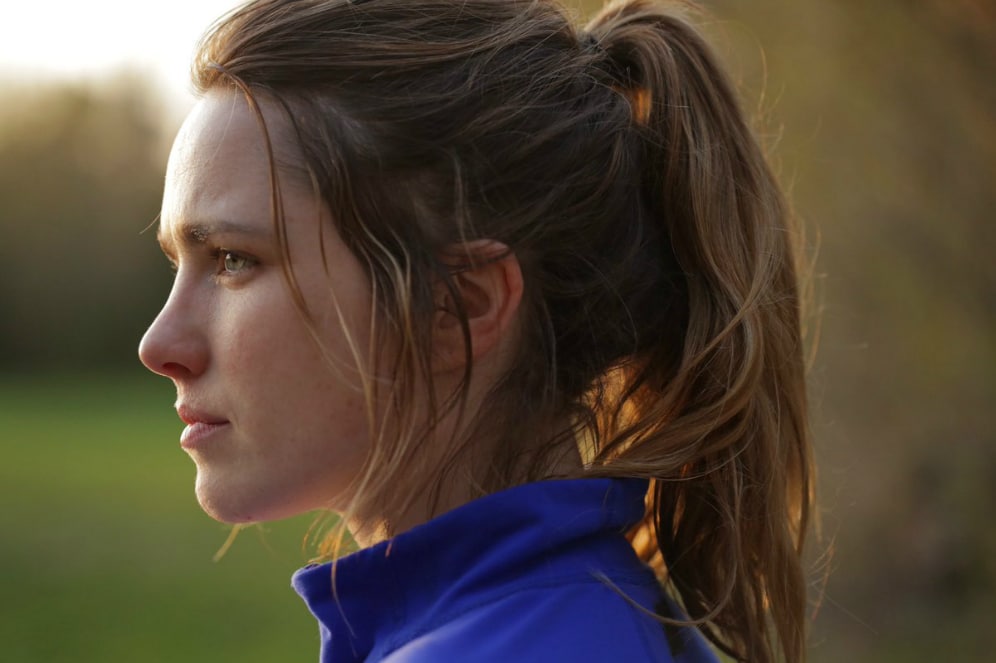 We wanted to speak to Jacqueline Byers after watching her incredible performance in the film Ordinary Days, which is unique in its structure as it is directed by a triumvirate of directors: Jordan Canning, Kris Booth, and Renuka Jeyapalan. Byers’ Cara Cook is the main character of the film, and though it takes until the third part before it is revealed to the audience what has happened to Cara, the result is quite shocking.

We were lucky to connect with Byers by phone from NYC, and she provided some remarkable insights into her acting process and character development. The following is a condensed and edited version of our interview.

Brief Take: How did you find the experience of working with a trio of directors?

Jacqueline Byers: It’s very cohesive for having three different directors come in and even visually. I also think it’s nice to have a difference and different stories because it feels more intimate to the characters, but I think that the techniques that they use and the choices that they make benefit the film.

BT: Did you have an interesting schedule?

JB: In the first section, for a screening, and the second one I worked on for a day. It’s really done by chapters and the directors were in charge of each specific character and their stories, so I basically only worked with Renuka [Jeyapalan]. We shot it straight. The one nice thing is that we shot in order of the scenes, and you don’t always get the privilege of doing that. When you’re going through something that is as tumultuous or as gruelling an experience that my character goes through, it’s nice to know exactly what happened directly beforehand to get you to the exact place that your character is. It also helped with makeup and all of that stuff, because [Cara] gets worse and worse and worse throughout. *laughs*

BT: Do you disassociate during filming of such a gruelling scene?

JB: I try to stay in that moment as much as possible. *pauses* I did a lot of sensory work when I was filming so using your imagination or feeling like the deep sense of cold on your body and any pain that I had experienced in the past, and try to turn the volume up on that, and using mostly those tools, because there’s not much dialogue. *laughs* I think that I have maybe five lines or less than that, maybe one line in the entire film, so it’s more about the physicality and trying to get through just her surviving throughout the whole thing. I didn’t want to rehearse it because I wanted it to be truthful and I didn’t want to have to repeat and go to different places a lot. *laughs* So it’s mapped out and there’s a struggle in this scene, and then let’s see where it goes. And I always say that the best performances come after when they call cut and you have no idea what you just did.

BT: There are some small victories that are expressed.

JB: Thanks. Actaully Renuka and I went through this kind of…if it’s just her in pain the entire time then it’s not much to the story, what you want to see is her fight and her struggle, and the ups and then it’s like”ugghhhh”, like she can’t get to her phone and her phone’s dead, and then finally getting to it, and finding little things in her bag, and it keeps the hope alive, which I think is a huge metaphor for living, you know? It’s important to have hope. *laughs*

It’s nice to know that you’re a part of something that affects someone’s life. I was an athlete and I have been injured, and to get to work on a piece that, if it means something to you, I think that you might be the right person to play it. Sometimes I read scripts that are great, and I’m not the right person for it, and I think it’s just always prioritizing the film, and the story in particular, as the most important thing. We’ll make the best movies that way.

BT: How did you feel about being a part of such an important episode of the show Timeless? And would you choose that particular time period from that episode to travel to, if you had the chance?

JB: It was one of my most favourite experiences that I’ve ever had, actually. In that situation, though, oh God no, I’d probably choose the sixties or something and go to a great concert, or listen to Nat King Cole play. With Timeless, I got really lucky with the person who played Clyde [to Byers’ Bonnie, Sam Strike, also from Leatherface and Mindhunter]. Also you’re shooting guns, you’re wearing costumes. Mari-An [Ceo], who does the costumes on Timeless, I think is the most talented costume designer with whom I’ve ever worked.

BT: You were also great on the show Roadies.

JB: That’s nice of you to say. The D.P. for the show I’m working on now, Salvation, worked on Roadies, so it’s been lovely. I did a sci-fi show when I first started, but this just seems like…I’m in a different place as an actor, I think. So when you first walk into the business, not that the nerves ever go away, but to feel confident in your ability and what you can bring to a show is empowering.

BT: What can you tell me about your upcoming film Bad Samaritan?

JB: It is directed by Dean Devlin, who produced Independence Day, and it’s a thriller. It’s an absolute privilege to work with David Tennant, and to watch him work. I suppose that this is the same thing as on Salvation, and Santiago Cabrera is on the show and he plays a character called Darius Tanz, and watching him work as the number one…it’s so useful for young actors to look at the people that are the number ones and seeing how respectful they are to their craft and the hours that they put in and how they handle the pressure. And I think learning how to handle that pressure is much needed.

BT: Ordinary Days is playing the Canadian Film Fest. What does it mean to you to have grown up in Canada?

JB: I take a tremendous amount of pride in where I’m from and where I grew up, and I think that Canada is such a beautiful place. I’m so happy with my childhood. I think it’s created the actor who I am today and the person I am.