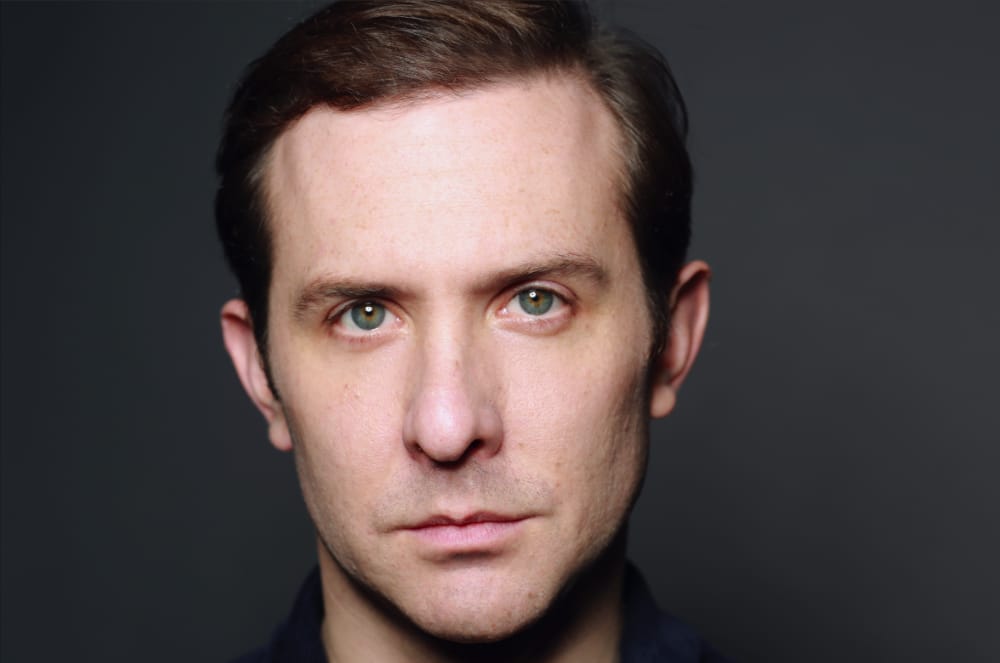 Speaking with Tim Downie is very familiar, the type of interview which is prefaced by saying “Hello, Governor!” and instead of confusion, he picks it up and runs with it. We fell into an quick familiarity talking about his role as Governor William Tryon, a real historical figure, in the series Outlander. After a long drought, the beloved series at last began its fourth season recently, based on Diana Gabaldon’s Drums of Autumn.

We made a special request to speak with Downie and were pleased to hear him provide fascinating anecdotes about a number of topics. His appearances on the show going forward are going to be greatly anticipated, even if they are done without his familiar moustache. Tim Downie is the kind of person from whom I would definitely try a beer. We spoke to the talented actor on the phone from the U.K., and the following is a condensed and edited version of that rollicking conversation.

Brief Take: Where does Outlander fit on your acting journey?

Tim Downie: It’s really good. It’s really, really good! I do quite a fair lot of period stuff. I spend a lot of time in wigs and very heavy brocaded jackets. So it fits in very nicely. It seems to be in my oeuvre, if you will. But it’s nice to do something that I can get my teeth into. I do a lot of comedy so it’s nice to kind of get under someone, really get into them and play someone who…you know, there’s a lot to him, and he can be quite dark. You don’t know where you are with him – is he friend or foe? What is he? There’s a lot to draw on, and he’s quite fun to play, and that’s great fun.

BT: What is your base for the Governor? Do you look to the book, history or the scripts?

TD: I’m led by the script. I do a lot of reading and it’s nice that I do play someone real, that you can kind of look back at him, or look back at the character, and kind of work out “okay, would this be some of the events in his life, what he did, where he’s from, where he was educated?”, and that would help to kind of colour how the character would work with certain people, with the echelons of life, that kind of thing. Especially at that time period, it was very class-driven, it would be very interesting to see how he would react to certain people of certain classes. I think that this is where some background reading really helps because that builds certain elements of character into it, which is fascinating. I got a fair bit on social media about when the hurricane came to Wilmington and actually flooded Tryon’s house. And that was interesting at a time when I just finished, it was like life imitating art, suddenly. Someone who I had never even heard of before until playing him, suddenly was upfront, it was very recent history and it was happening right at the time. It’s striking that we’re dealing with something that happened more than three hundred years ago, and it literally could have been yesterday.

BT: Has the Outlander fanbase helped a lot of people discover you?

TD: It certainly has, and it happened very quickly, which was great! And so far, everyone has been lovely, [laughs] which is terrific and I think that this says a lot about the fanbase–it’s very loyal and in love with the books, the world and the characters, and they’re very invested in it. So they’ve been very welcoming and very friendly towards me. I’ve been very well-received, which has been great, really lovely, you can’t ask for anything better than that.

BT: You and Sam Heughan worked together on a Tennant’s Lager ad. Did you stay close since then?

TD: Yeah, we’ve stayed close since doing that ad, which was, God, probably eight, nine years ago? So yeah, we have stayed friends ever since doing those ads. I mean we filmed that during the eruption of the Icelandic volcano, if you remember that. There were planes grounded and we were supposed to fly to the Czech Republic to film it and we couldn’t, so we had to get a coach. So we spent two days together, having never met, stuck on a coach, driving across Europe to the Czech Republic [laughs] and that brings people closer together. When you’re thrown together kind of like that, you know that you’ve met a good one. If you can get through all that and wake up and go “where are we? Germany? It’s three in the morning, a German road sign, great!” [laughs]

BT: Is it true that Diana Gabaldon didn’t even recognize you in character?

BT: What’s it like seeing parts of Scotland transform into early Colonial America?

TD: It’s amazing! I mean the design team on Outlander are extraordinary. In fact, every department on Outlander is extraordinary. The wardrobe department itself, all of the costumes are handmade and you look at the detail on those costumes and the braiding, even the braiding is real braiding, so it’s woven with metal and it’s heavy and you get that feel. Everything is as detailed as they could be and as real as it could be, so those redcoats are heavy, as they are meant to be. It would be a very different experience if it were a lightweight material. You do really feel, walking into Wilmington and seeing what they did with that, that you’re really there. It’s extraordinary. It’s an amazing piece of carpentry, of building. They do incredible stuff. It makes your job so much easier because it’s all in front of you. The buildings are there, you can touch them, feel them, see them, they’re weathered, it’s incredible what they have done.

BT: Your big arc comes later in the season. What are you excited for viewers to see?

TD: What I find exciting is the character arc in the sense that, at the moment, you know, Tryon’s very friendly with Jamie and wants kind of the best and wants to help someone out. And I think that what’s interesting is how that kind of turns and twists in the weight of empire is there, as this kind of brooding menace of the British Empire, you never get a free lunch. Nothing is just given for the sake of friendship or helping someone out. There’s always a sting,  there’s always something, but what is that something is always a surprise.

BT: What are some of the roles that people recognize you from? 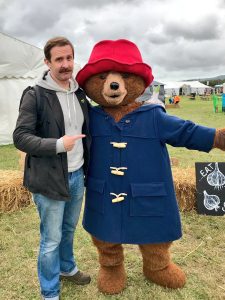 TD: Paddington, definitely. There’s a series I do which I believe is still on Netflix called Toast of London, which is a comedy series that we did that had a big cult following over here and it went onto Netflix, it was mentioned in The New York Times as being: “if you don’t watch anything else this weekend, you have to watch Toast of London“. I’m a master of disguise and people say “I recognize you. Why is that?”, but the moustache helps. I was in The King’s Speech, I get some recognition for that as well. That was serious moustache work in that as well.

BT: What is it like doing a Tom Hooper project?

TD: It’s great! It’s really good. It’s kind of loose in places, and I mean that in a very positive way, as actors can kind of find their stage, find the rhythm of the scene within themselves. I remember that when we did The King’s Speech that there was a huge snowfall when we were doing one of the sequences in which the maid comes in and says something like “father is dying”. That big table scene was snowed in, in Lancaster House, snowed in, couldn’t get in, couldn’t get out, so we were all stuck there. You’re doing crosswords with Derek Jacobi and Michael Gambon, things like that, so you get to a certain point. What was great about that is we all kind of bonded together. When it came time to actually do the scene, strip away everyone from the scene and play out the scene, find where you would be naturally sit in order to have these conversations, it was good. It was a very fluid way of working. It was a great experience.

BT: Could you talk a little about your charity work?

TD: Absolutely. I’m an ambassador for two amazing children’s charities, The Sick Children’s Trust who do incredible work making sure parents can stay near their children when they are in hospital and for as long as they need; and Blue Sky Autism who work tirelessly with children using pivotal response therapy across the autistic spectrum both in London and Scotland.