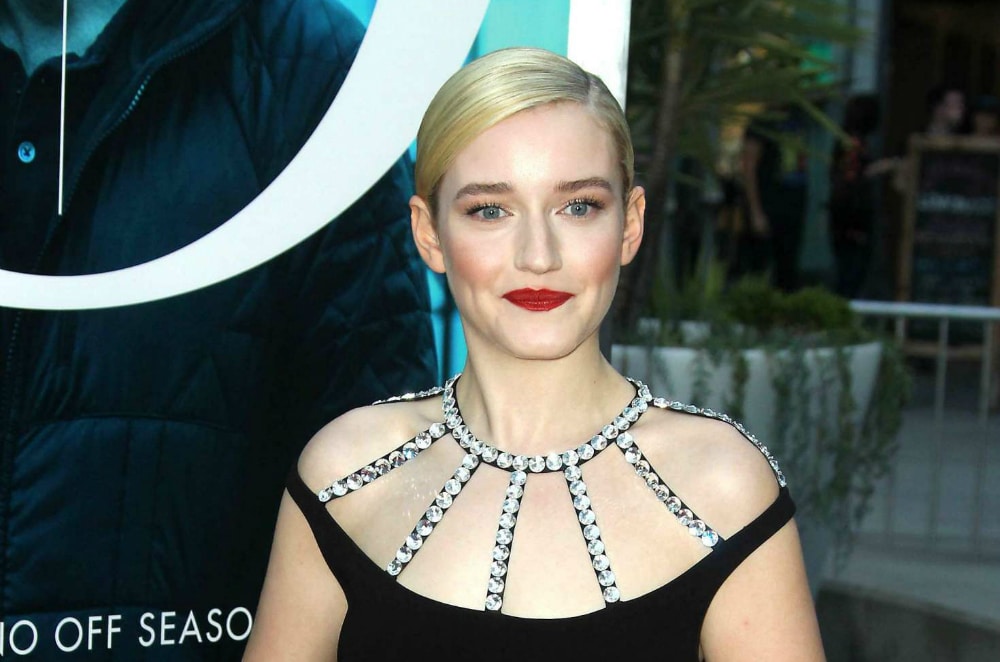 If you were a fan of Netflix’s Ozark season one, just wait until you watch the explosive season two. Without giving anything away, the new season sees Marty and Wendy Byrde trying to handle all the red tape involved in opening their casino, the sneaky Snells (played by the very memorable Peter Mullan and Lisa Emery, respectively), the Mexican cartel’s whip-smart legal counsel (played by the brilliant Janet McTeer), the Texas mafia and, the ones they can manage least effectively – their children. Returning are fan favourites Rachel (Jordana Spiro) and the Langmores, led by intelligent firecracker Ruth Langmore (played by Julia Garner). Garner gives a career-best performance this season (topping her already tremendous and highly underrated work in Grandma) as Ruth must come to terms if her allegiance is with her father (Trevor Long) or with Marty, and what her future holds if she chooses one paternal figure over the other.

We had the exciting opportunity to speak to the award-worthy actress and fashion icon at an intimate roundtable interview recently and the following is a condensed and edited version of that conversation. Stay tuned for the second part of our interview series with Garner as she talks about her role in the upcoming Netflix original show Maniac.

When I spoke with Liam Neeson and Amanda Brugel, they said that they begin crafting their characters from the shoes up because the shoes form an integral part of every character they play. How do you craft your characters?

Julia Garner: It’s interesting that you said the shoes because I know what they meant by that. I usually have a journal that I write for each character. I don’t have a journal, personally, but every character that I have does, and they write about how they feel about each person and how they feel about a situation. So it’s interesting about the shoes because I remember when I started, I always pick a characteristic that every character does, like with Ruth I picked that she walked a certain way to make herself look tougher, even though she’s not tough and it’s a complete facade. So with the shoes, I remember with costumes they asked “what kind of shoes are you looking to wear and what kind of outfits?”, and I remember saying “can you just get me wedged flip flops?” because that’s so trashy. You know something from a pharmacy, just a wedge flip flop that look a little off, or combat boots that make it clunky. [laughs] That’s funny with the shoes, it’s true!

On Ozark you have an embarrassment of riches in terms of the talent you have in front of the camera and also behind the camera, with Jason Bateman overlapping in those categories, as he stars in the show and directed episodes. What was your experience like working with him as a director?

JG: With Jason, it’s very interesting because he directs while working with you. He’s great. If Jason had any part for me, even a one liner, I would say “yeah sure!”. I love working with him. 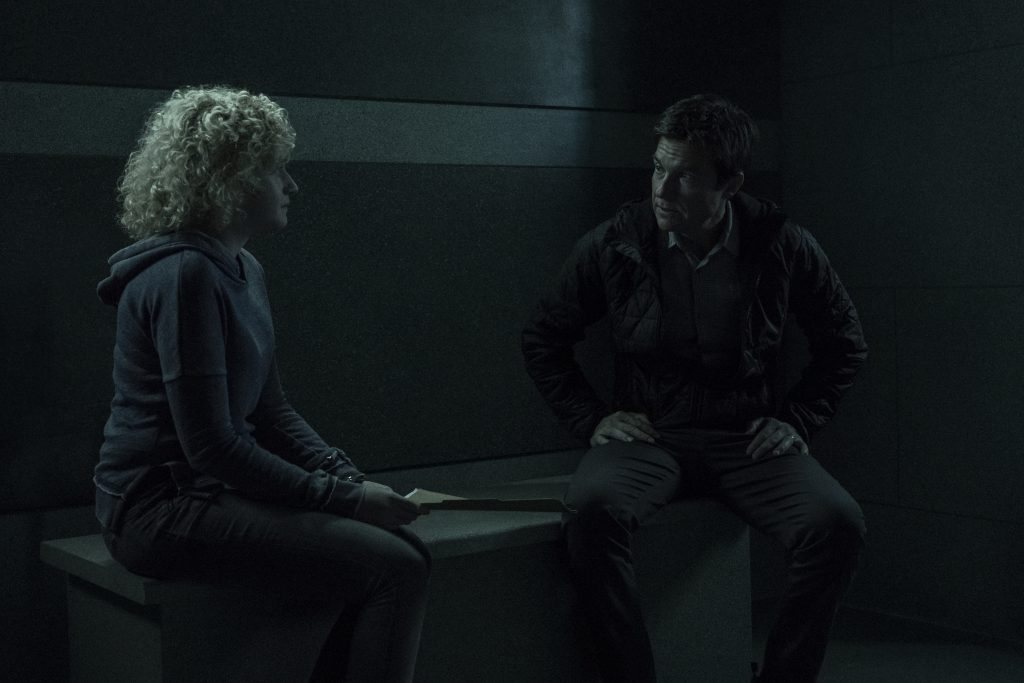 This season Ruth goes through a lot of physical, verbal and emotional abuse and turmoil. What was your experience like taking on those scenes?

JG: For six, seven months, however long we shoot,  I always feel stuck because Ruth feels stuck. She feels like she can’t get out of her situation, so I carry that through the six months. Not that I get depressed, but I think “why am I so down? I feel like nothing is moving on with my life”, but then I think “oh! it’s because I play Ruth 18 hours a day and I feel like I’m stuck because that’s the character.” [laughs] 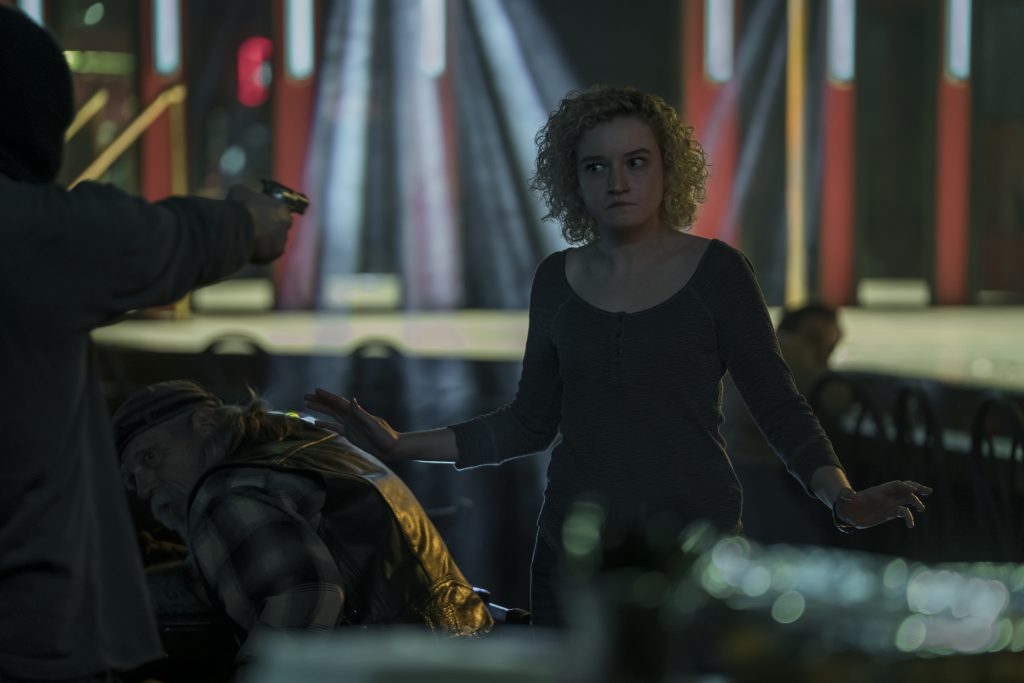 I love how on Ozark the women are really the ones in charge. There’s Ruth, Wendy (Laura Linney), Darlene Snell (Lisa Emery), Helen (Janet McTeer) and they’re all badass, intelligent women taking care of business. Who are some of the female role models, fictional and in your real life, who inspire you?

JG: Paul Thomas Anderson, obviously, he’s incredible. I like Lynne Ramsay a lot and I thought You Were Never Really Here was amazing. I’m basically just naming two Jonny Greenwood collaborators. [laughs] I basically want to collaborate with Jonny Greenwood! Any movie that Jonny Greenwood scores has to be incredible, because he only scores the most amazing movies. He’s just incredible. Also, I didn’t have any scenes with Jonah Hill in Maniac, but I’d love to work with him.

What’s next for you after Maniac?

JG: I’m filming this show called Dirty John. It’s based off a podcast from an article in the L.A. Times about this woman who falls in love with this professional con artist. I play the daughter who also ends up having a traumatic event with the boyfriend. You have to listen to the podcast! The podcast is great and it’s very different from anything I’ve ever played. Connie Britton plays my mother and Eric Bana is playing Dirty John, the boyfriend. It’s different because I play this girl from Orange County and I have extensions and a spray tan and [talking with accent] I have this Orange County accent. [laughs] It’s great working with Connie and Eric; they’re so sweet! She brought a lot of the same people from Friday Night Lights, which was funny because the photographer on this show, I worked with him on Waco because Taylor Kitsch brought him from Friday Night Lights. The Friday Night Lights production crew are just really nice.

Ozark seasons 1 and 2 are currently streaming on Netflix