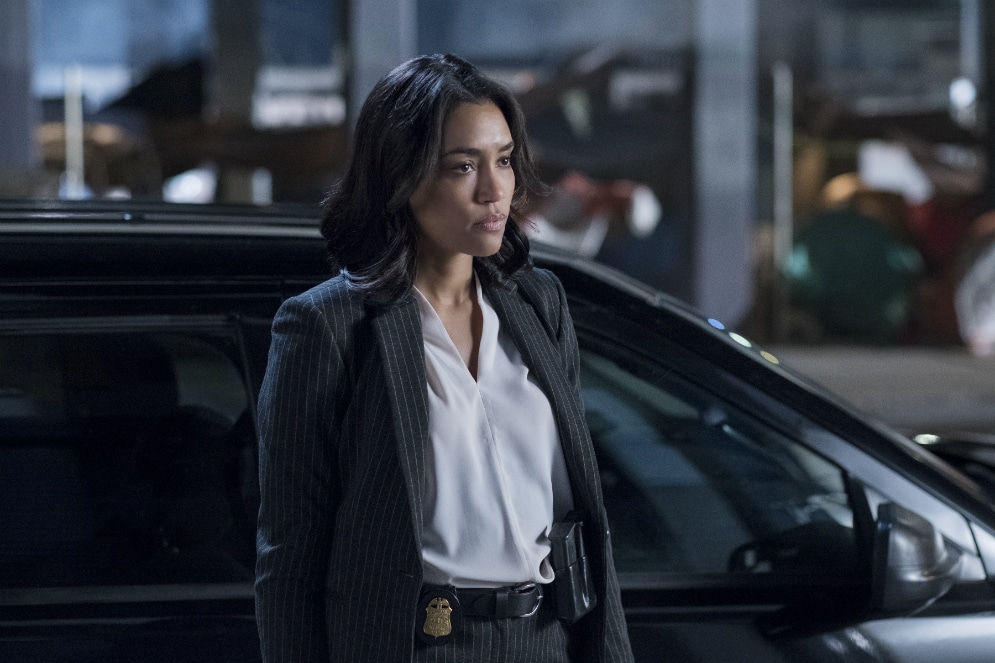 Annie Ilonzeh is a force of nature. She was kind enough to take some time out of her shooting schedule from Chicago Fire, in which she is recurring for the upcoming season as a paramedic named Emily Foster. She talked a little bit about how much he enjoys the vibe of the cast on Chicago Fire, a bit about playing Kidada Jones in All Eyez on Me, a lot about Charlie’s Angels, and about playing Lisa Inman, an FBI Agent in the upcoming film Peppermint.

Here is a condensed and edited chat with the incredibly forthcoming Annie Ilonzeh.

Brief Take: Let’s talk about Peppermint. What was it like working with John Gallagher Jr. and John Ortiz? 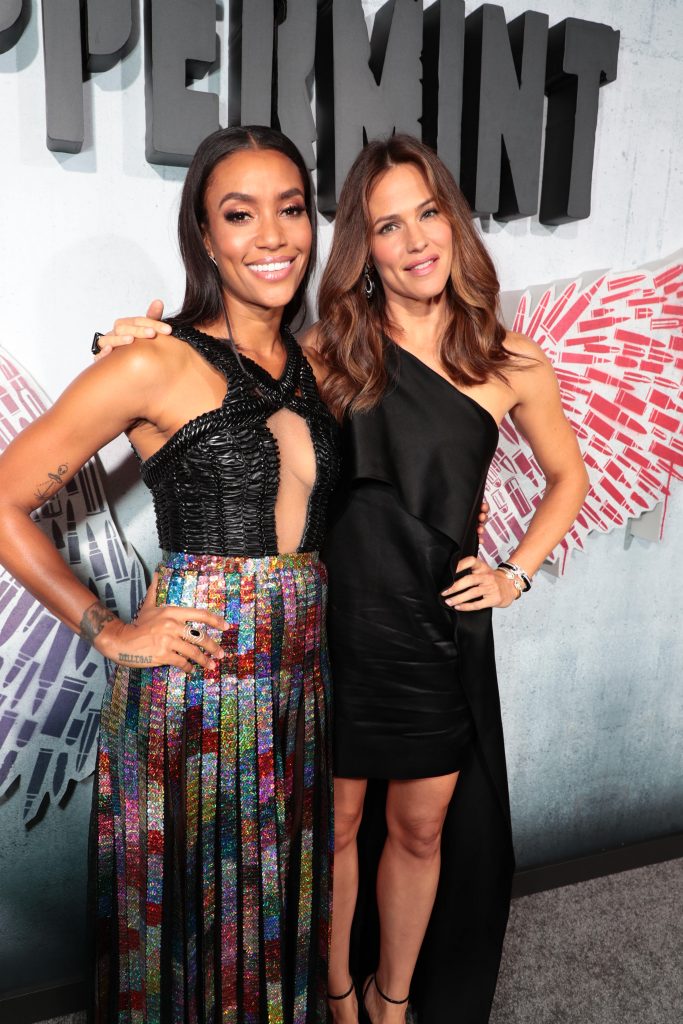 BT: Have you had to fight for a role that you didn’t think you had any chance of getting?

AI: Oh yeah, actually two of my favourite characters, Charlie’s Angels, in which I played Kate Prince, and Peppermint. Charlie’s Angels was six auditions. I tested a few times, which was kind of not normal, you test and you get it or you don’t, that’s usually it. I was attached to that one. I felt like if someone else got that they would have stolen my job. And Peppermint, too. I had to go to the producers, I think I had to audition three times. They were like “they gotta make sure that she’s tough enough, and I was like “they don’t know me, yet”. [laughs] I was the biggest tomboy. I’m rough around the edges. I’d rather get around and play with the guys, I guess, than have a kid. I play sports, football, all the sports that don’t have a woman’s league. When I was fighting for it, I’m like “they don’t think I’m tough, here we go. I gotta go to work sometimes!”. But my athletic mentality is like I gotta rev myself up sometimes.

BT: From which project are you usually recognized?

AI: Sometimes Charlie’s Angels, but it didn’t last long enough. The Charlie’s Angels reboot I felt was a little ahead of its time in terms of now, this tone in TV in which reboots are popular, and back then it was not as common, people doing reboots. I think that if now we were to do it how we did in 2010, I think it would have grown legs and people would have given it a chance, because people are giving reboots a chance. But then it was kind of new and we didn’t get it so…it was so heavily advertised, too. We were on sides of buildings that were 60 stories. I remember thinking “this is the coolest thing but the weirdest thing”. But a lot of the time, people will be like “oh, you were on General Hospital“, but it’s been so long that I didn’t think that people would say that, or remember, but people are really religious with their stories, as they say. They don’t miss their stories. [laughs] Playing a paramedic, it sticks with me I guess. I’m somehow associated with cops or lawyers or a doctor, medics, that world. Playing a paramedic, I thought would be a challenge at first, because I was like “hey, I don’t have a gun, or a gun hidden under my blazer”. [laughs]

BT: You must have really bonded with your fellow Angels: Minka Kelly and Rachael Taylor.

AI: Yep, sisters. And I don’t say that kind of stuff lightly. When you come from a big family of siblings, you don’t tack on extra people unnecessarily, just because. But yeah, those girls, we became each other’s sisters, and that will never change. 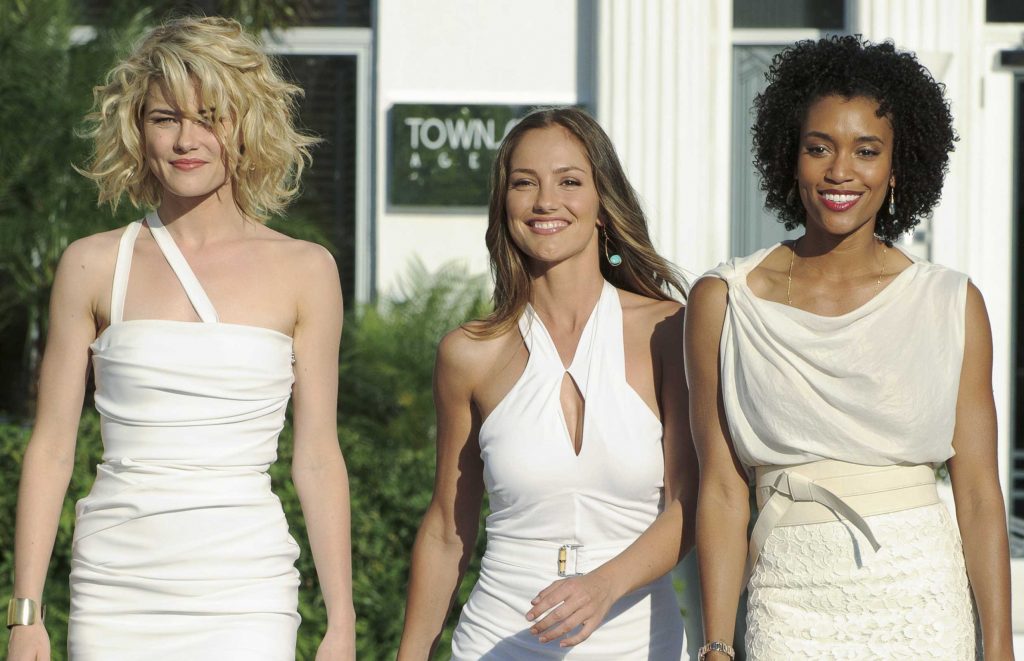 BT: Do you think that there is a problem of diversity in the film and television industries?

AI: Absolutely. It’s not even the images that we’re seeing on TV. I mean, it is that, but it’s not only limited to that, but it’s also who’s behind the camera, who’s writing the stories, and even who’s conducting and who’s directing that story and giving it to the public. Being a black woman in Hollywood, a lot of the characters that I play are written by white men. And recently there was a problem with the verbiage. And she wouldn’t talk like that. This is a person that 1. is a man, but also white. I wouldn’t say that! I would never say that!

When I turn on the TV, I want to see people who look like me! I do! Being a kid, I didn’t see people that had white mothers and black Dads, or even if their Mom was white and their Dad was black, I didn’t see that diversity in families, like being represented on television, which is actually something that I’m writing right now. I was like “you know what, I didn’t see it”. This is the time in Hollywood that we’re all calling it out, I need to write this! It’s not fair for me to just talk about it. I also don’t see it enough in the writers rooms and on sets in terms of crews.

BT: Tell me about your screenplay.

AI: It’s called Other. It’s about a thirty-something female actor that insists on putting things into a box and labelling it, and labelling you, and in society you have to claim something. So when I was kid and I was filling out forms, like financial aid, or even doctor’s forms or whatever, and there was no ‘other’. You’re African-American, Caucasian, Mexican, Asian, there was no ‘other’. I asked my Mom, and she was like “sometimes if you want to, write in ‘other’”. I was like “Where’s brown? I’m not just black, but I’m not just white. I’m not just African-American and I’m not just Caucasian ”. I’ve got parents who look opposite, different from each other, and they are. So, other. Even people’s sexuality, people are like oh, you’re either gay or you’re straight, or even gender, so other, other, and we should embrace other. Other as far as your gender, other as far as your sexual preference, and that’s okay, that should be our new normal.

Peppermint is available on Blu-ray and DVD on December 11