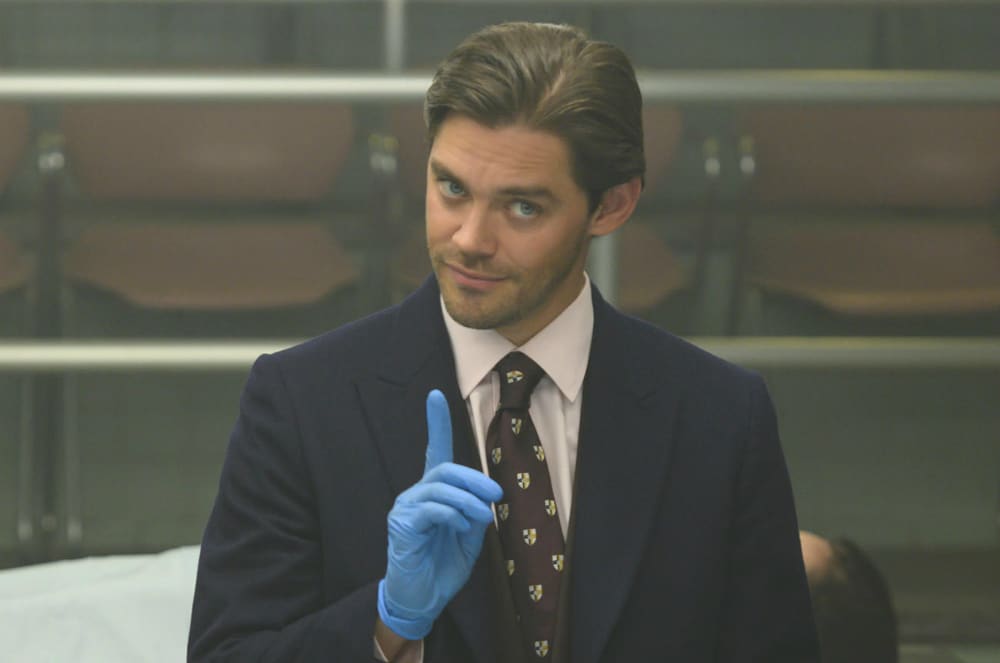 We were doubly lucky with this interview because not only is the Global and Fox series Prodigal Son a potential breakout show for the fall season, but actor Tom Payne, who recently portrayed Jesus on the series The Walking Dead, has gotten rid of the long hair and beard and is a rising star of the upcoming tv season as well.

Speaking to the talented actor about Prodigal Son, a series from producers Greg Berlanti and Sarah Schecter, in which criminal psychologist Malcolm Bright solves crimes in an unconventional way, was quite the experience. We sat down in a comfortable room during the Corus Upfronts Media Day in June and spoke one-to-one with Payne about the series and what viewers can expect to see on it. Needless to say, Payne is one to watch this year and the show is can’t-miss gripping television.

The following is a condensed and edited version of our chat with the affable Tom Payne of Prodigal Son.

Brief Take: I’ve seen the first episode of the show and it’s such a fun, campy and entertaining series!

Tom Payne: That’s great! The pilot checks a lot of different boxes. I’m happy and excited to go into the rest of the show and explore a lot of the dynamics that exist.

BT: Tell me about working with this tremendous ensemble.

TP: I think that we got really lucky with the casting. Everyone fits their roles so well. Not that Michael (Sheen) is a serial killer, [laughs] but there was a scene in which Bellamy (Young) and Halston (Sage) and me sit down for the family dinner and even behind the monitors, everyone was like: “Oh my God, they look like brother and sister and mum”, and it fits, which is really nice. And then I have my other family, the police department. And so much of the work is already done when people fit their roles and the dynamics are kind of already there behind the scenes. Then you translate and heighten it a bit more on screen and it flows and works, and then you can tell the stories.

I came in pretty late to the show and got thrown in at the deep end and…try to swim. [laughs] And it’s so nice to have that comfort blanket of “It’s OK”. Because if you play the scenes, the dynamics are there, you can trust in that. And to have those amazing one-on-one scenes with Michael which are a gift. I know that everyone behind the scenes were excited for those. We shot them close to the end of the shoot and I was definitely very excited! Michael was a huge reason why I signed on to the show, because when you have an actor of that caliber like this on a tv show, you know you’re in safe hands. As an actor, you want to work with the best, and I really think that Michael is one of the best actors that we have, so that was a real gift for me. 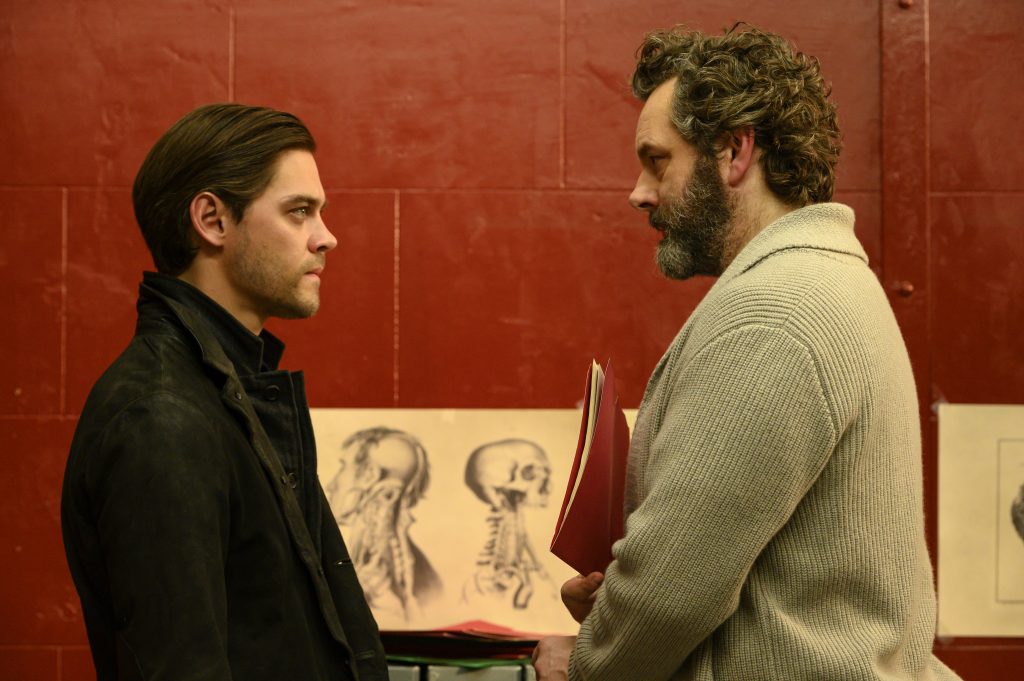 BT: And you have an incredible dynamic as well, too!

BT: Had you had a chance to work with him before?

TP: No! I mean, never. And as I said, I was super excited. Right now he has Good Omens coming out, he was just on The Good Fight, and now we have him, and each of those characters is dramatically different. I mean Michael’s been well known in England for a long time as an amazing actor. Just to have the pleasure and opportunity to work with him was a real gift.

BT: I loved your scenes with Bellamy, Halston and the rest of the key cast too.

TP: Bellamy, Halston, Aurora (Perrineau), Frank (Hart) and Lou Diamond Phillips. He’s someone I know from the convention scene, actually. I’d met him before a couple of times and I was familiar with him, and it was really really nice to reconnect on the set.

As I said, everyone’s wonderful and I’m looking forward to welcoming guest actors onto the show and having them come play with us. That’s going to be really, really fun to slot people into the dynamic. And I mean shooting in New York is a gift as well, because first of all, you have New York as a character on the show, but then there are so many wonderful actors there that I’m looking forward to having some people come and make some episodes with us. 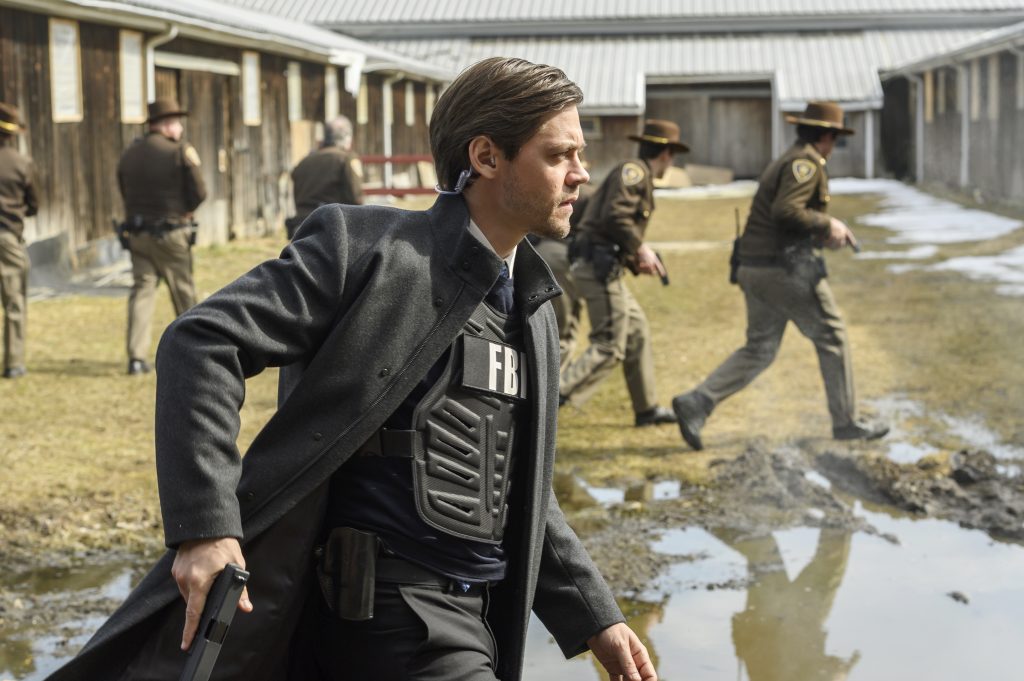 BT: Speaking of where you shoot, I watched an interview of yours in which you discussed The Walking Dead and whether they should continue to film in Georgia.

TP: Well I said that it was a difficult decision for them. I hadn’t taken a stance on what they should be doing. It’s not my decision.

BT: Speaking up and voicing your beliefs is such an important thing to do.

TP: Yeah, I do do that on Twitter and stuff. I mentioned about what I say, but I did get sort of doorstepped about that issue, and I wasn’t expecting it, but at the same time, I have obviously been keeping up on it and reading up, and having worked in the area for three years, I think, like I said in that interview, it’s a corporation decision as well, as well as a corporation, you have to look after your employees and you have a responsibility to do that. So if you’re filming in a place which removes certain rights that those employees have, then you have a responsibility to protect them. And so, just purely from a business point of view, leaving aside any sort of personal beliefs that anyone has, and it’s an untenable situation. If a work environment is hostile to your employees, then you can’t work there! And I would come at it from that direction because it takes away the whole liberal Hollywood and all these actors who think that they can do this, it’s like: “Listen, [laughs] if you’re making your state a hostile work environment, then corporations can’t work there”, and these are corporations that can travel and go to different states, so they will. And it’s unfortunate for the people who live and work in Atlanta, in Georgia, with whom I have worked a lot and I know that there’s movements in amongst those communities that are trying to help that situation. But yeah, it’s commerce at the end of the day and it’s workplace environment stuff. 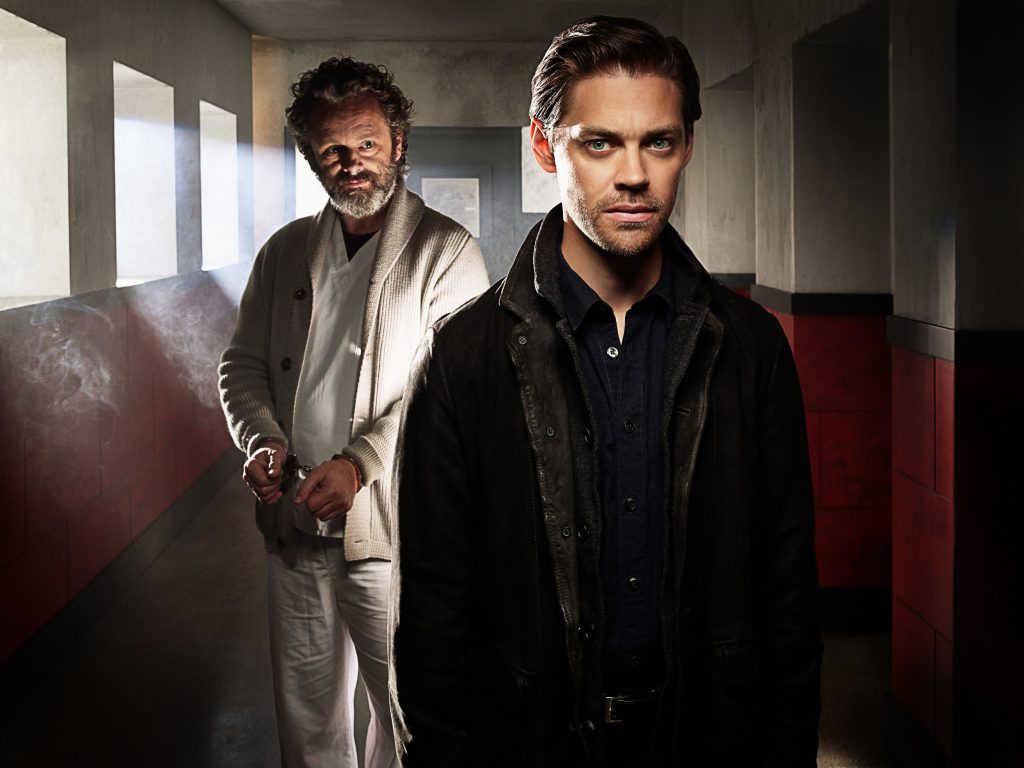 BT: It must be great to work with dedicated individuals such as yourself, like Bellamy, for example.

BT: What are you excited for in terms of this show’s potential and what an audience can expect?

TP: Well, first of all, it’s the first show which I have been a lead of. [chuckles] It’s one of those situations on The Walking Dead that I was like: “I love the show and it’s great, but I wish that I had a bit more to do”, and then around the corner was: “Okay, here you go. [laughs] Do work every single time and see how you feel about that”. But I’m super excited to do it and to be the lead and to marshal the troops and get it going. Then that means that the show rests more on my shoulders than other people’s and so it will be a test for me, but I’m excited to take that on. And yeah, I think that, as you said, it’s an entertaining show and I think with all of the noise of so many television shows being made right now, it’s nice to be on a network that we know will support it and push it out there. I love all the artwork that’s been happening around the show and I’m excited to see more of that. I’m excited to see how people respond. But I think that this show, we’re very sensitive to what people enjoy and what they will respond to with the show, and it’s nice to be in a situation in which you can tweak things along the way and make the show as entertaining as possible for the audience. 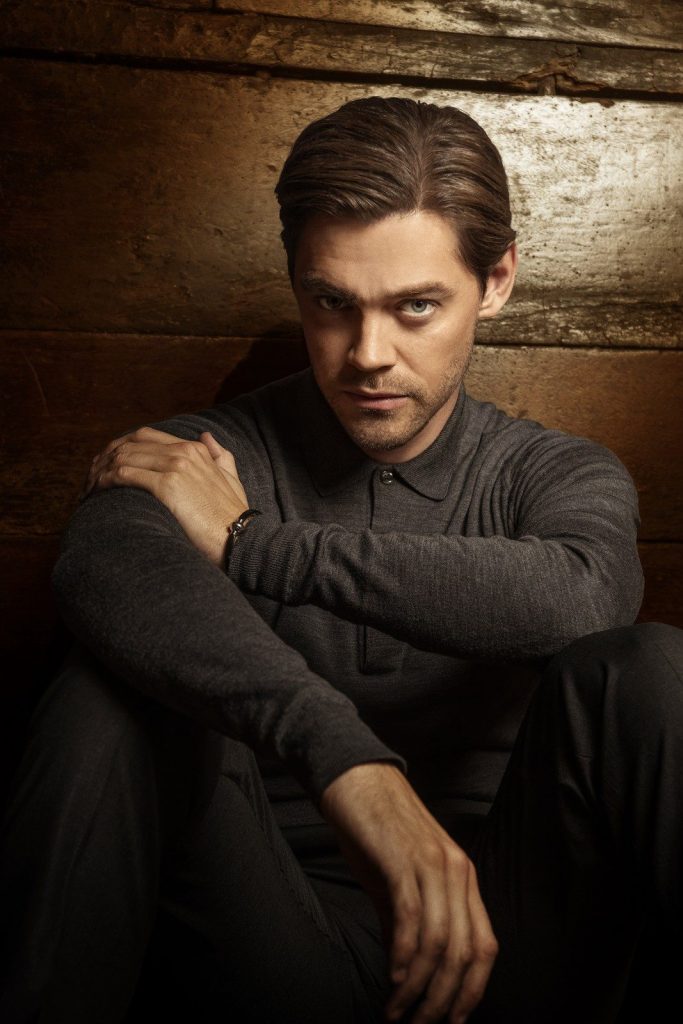 BT: Do you feel a sense of responsibility, being the lead?

TP: Well you’re there every day. And it’s a position in which people look to you, like if there’s any kind of issue, if any of the actors have an issue with anything to do with the show, then it’s up to you to bring that up with the higher-ups or get involved and make everyone feel like it’s, what I was saying earlier on, a good workplace environment. And that’s nice. I’ve never really understood people who are not nice [laughs] behind-the-scenes and don’t want to make it a good environment, because what’s the point? We’re very lucky to be doing what we do and we should make the most of it and have a lot of fun, so I’m looking forward to setting a nice tone and having a good workplace environment for everyone.