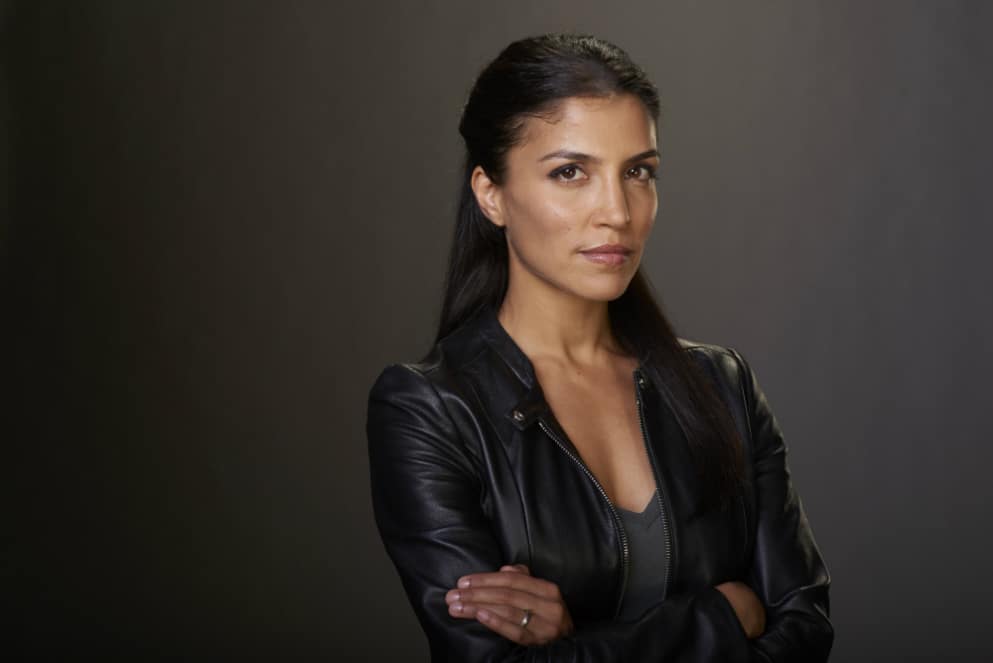 Due to very popular demand, the hostage negotiation tv series Ransom is coming back for a second season and will begin airing new episodes this Saturday at 8 p.m. on Global TV. One of the most interesting aspects of the show is that while the first episode is set to air, the season has yet to complete filming, so it was a pleasure for us to chat on the phone with the incredibly honest and self-deprecating Nazneen Contractor on location from the set of the show in glamorous Budapest, and Contractor shared with us all the ways that she loves the city (the show also films in Toronto and Hamilton, but Hungary is much more glamorous).

Here is an edited and condensed version of our lengthy conversation.

Brief Take: What do you think is the advantage of filming your show in Budapest, Hungary?

Nazneen Contractor: The conflict of our show is that every episode we shoot to make it look like different locales, so we’re about to shoot one scene that takes place in Canada, we shot in one to make it look like Berlin, we shot a stand-in for Paris, we’ve shot to make it look like the Netherlands, and Amsterdam is pretty specific, and in the first season we shot in Nice, France and Toronto, and we made it look like countries all over the world, in Europe and North America. I mean that works for our show. For the most part, we shoot in the town and the town is very diverse. You can cheat more within this location.

BT: What is something that you have learned from having a strong bond between yourself and your cast-mates Luke Roberts, Brandon Jay McLaren, and Sarah Greene?

NC: Oh, I love my cast mates! I think what we all take away is that we get on so well. And we know that this is not always the case. But we got on so well. We always want to see each other and run lines with each other and give each other long takes for other projects. We are very much there for each other and this is something that we all appreciate and we all don’t take for granted. My cast mates are so seriously talented and terrific, they always set the bar so high for work and they’re always there to make the job enjoyable.

BT: How do you find the balance in being a working mother?

NC: Yeah, I think that’s the challenge, so I’m like the old married lady on the show. *laughs* But I want to have it all, I want to have a really great career and family, and the only way I’ve been able to do it is with two immensely helpful people and I would be lying if I said I could do it without them. My mother right now is in Budapest with me, she came with me because I have a three month old baby, and my mother came with me to Nice, France when I had a then four-year-old as well. So I worked really hard to get where I am, but I am also lucky because I have my mother to help me, I have the most wonderful husband [actor Carlo Rota], and honestly, that’s what allows me to have it all.

BT: I imagine that working with Denzel Washington was inspiring. Was there any advice that he gave you or a particular method of work?

NC: What I found most interesting about working with Denzel was the rehearsal process. It was kind of personal, but he tried a whole bunch of stuff – he would improvise in the rehearsal or throw in dialogue and it kind of caught me off guard at first. I thought, “what is he doing here?”, but then I realized that he’s trying to find all the stuff he has in mind and how he wants to do it, and certainly what I am used to in the rehearsal space is blocking and determining where you’re going to stand and the camera. But he took it to a whole other level, and sometimes it doesn’t work and it wasn’t the right fit, but he wanted to try to make it the right fit. It sounds very basic but I learned a lot, and I thank you for the happy reminder of that.

BT: Ransom is such a timely reminder that negotiation and communication are so important. Do you take those lessons with you?

NC: Yeah, absolutely, and I think that now I use negotiation for more than just to get what I want, you know, performance is a negotiation, marriage is a negotiation, you know, I negotiate with my kids all the time. *laughs* The show has definitely helped me to better understand other people and to form some kind of agreement with them. And when I’m on the show I try not to negotiate with the people around me, but it has definitely helped me to become a better communicator.

BT: And then your international background surely helps as well.

NC: Definitely, coming from different countries [India, Nigeria, Canada], and being an immigrant wherever I go has helped me to be a better negotiator, and that has helped me become more of who I am now. I am not like Zara though, I mean that I am like her in that I am married and have children and work, but she leaves her family for lengths at a time, which I am not comfortable doing. She’s really devoted to her job and she has a suuuuper devoted husband. *laughs* She’s crazy devoted to her job, but I am too. She is the part of me that is very career-oriented, so I just have to take that part of me into my whole body and I can get there. She knows that she has a family at home, and she needs that. She’s calm, you know, and you can’t break that out of her. I love playing Zara though.