written by Charles Trapunski May 3, 2019 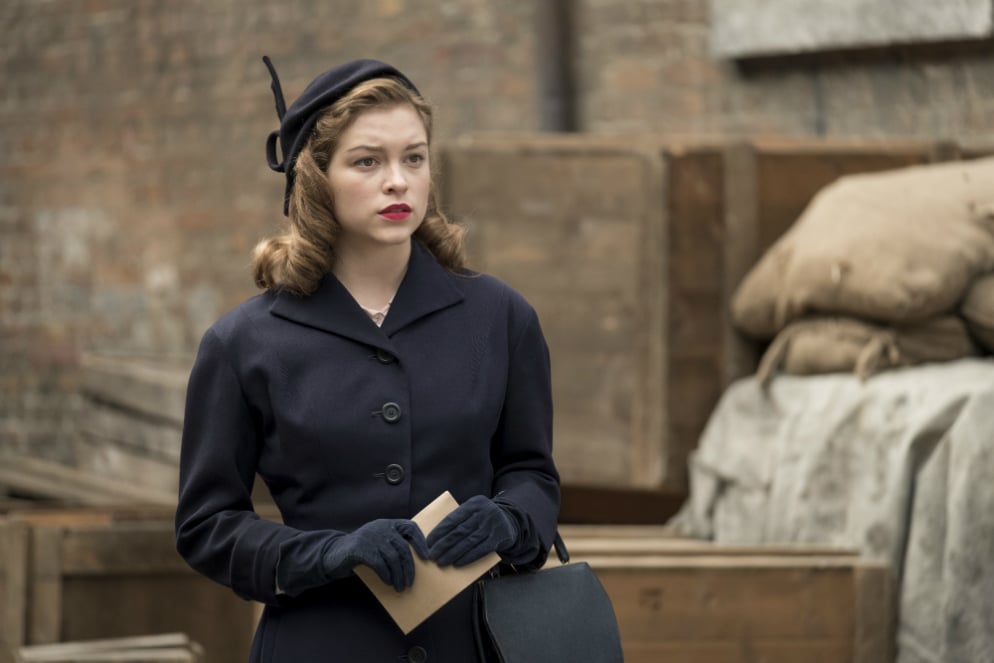 During this past year’s Toronto International Film Festival, the publicity team behind the movie Red Joan set up their interviews in a really interesting way. The stars of the film, Sophie Cookson and Stephen Campbell Moore, as well as the director, the illustrious Trevor Nunn, rotated throughout the makeshift interview suite in which a collection of journalists, including Brief Take, remained in one place. As my set-up was by the bar (sadly, not in use), the arrangement did feel a little different. I enjoyed speaking with Moore and Nunn, but the room was lit up by the appearance of Sophie Cookson, who spoke generously about Red Joan as well as a recent theatrical appearance.

The following is a condensed and edited version of our chat with the elegantly gracious and kind Sophie Cookson.

BT: I thought that your performance was great and I really liked the hats.

SC: (Without missing a beat) The hats are pretty splendid. I think that they almost upstage a lot of actors. The costumes are remarkable and it’s so informative when you have a costume designer as good as Charlotte (Walter). It really does help you develop that character, and we tried so many different things, because we very much wanted to make her still be feminine and her fitting into a man’s world, so first we played with more boyish outfits and it was like “No, I wanted to keep her very much a girl growing into a woman in a man’s field”. 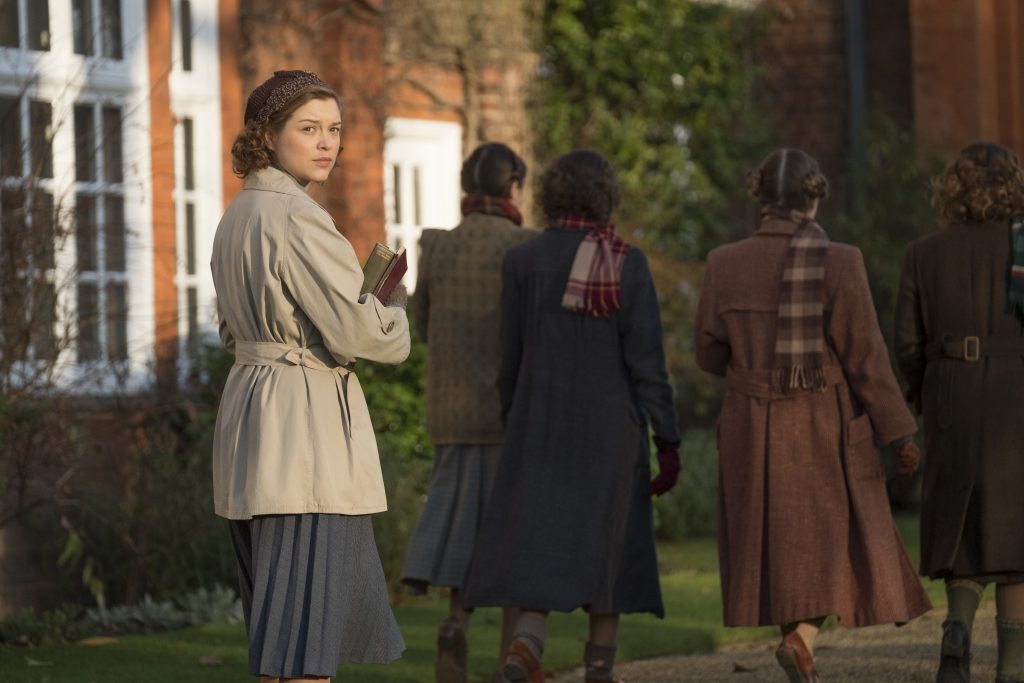 BT: Can you imagine a time in which men were thirsty for power and tried to cast women aside?

SC: Yeah, I can’t imagine what that would be like! [laughs loudly] Like such a distant concept. But the parallels are still there, there’s this woman that goes completely under the radar and it works to her advantage and she makes the most of her sex. But she is completely underestimated, therefore when she has a professor like Max, who is working in the atomic bomb facility, who really prides her on her work and on her intelligence and credits her for it, that’s another reason I think that she falls for him, because no one else has really valued her in that way.

BT: Your performing projects have been fascinating to watch as well: films, the Netflix series Gypsy, theatre…

SC: So I’ve just done Killer Joe in the West End with Orlando Bloom and that was an amazing experience, because I’d not done theatre since I had left drama school, so you obviously get crippling nerves and like “Can I still do it? I don’t know”. And it’s so nice because as hard as it is to get your first film job, it’s just as hard to get your first theatre job, and Killer Joe, Tracy Letts’ writing is phenomenal, and I think as an actor, all you can ask is that you’re constantly flexing different muscles. And it feeds into one another, things that you learn in theatre is often a transferable skill into film, so it’s good to have a refresher. [giggles]

SC: It’s gruelling. Especially my character Dottie, because she’s so vulnerable and could definitely be seen as a victim, but it was Arch and my job to make sure that she came across as making choices and owning her circumstances and coming to terms with what was going on in her journey throughout the play is astounding. 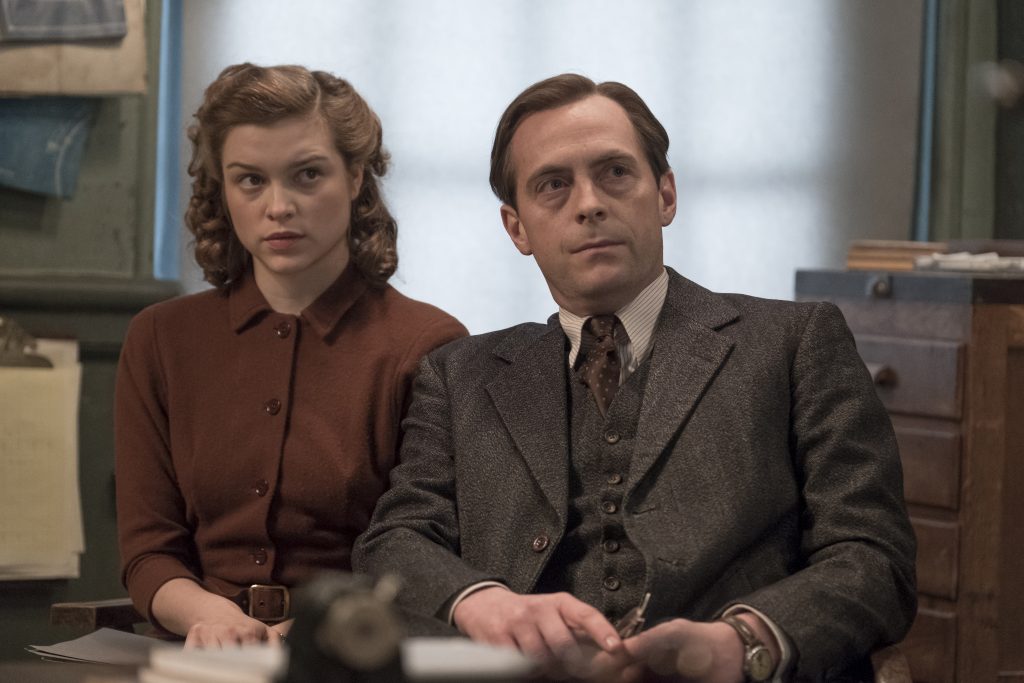 BT: In many of your roles, I’ve noted that people tend to underestimate your characters.

SC: That’s definitely something that Dottie has as everyone thinks that she is this innocent that knows nothing, but actually she is this all-seeing, almost omniscient presence throughout the play. And I think that it is important to be playing roles like that and whatever situation you are in, having that personal strength to overcome it and carve out your own path. It’s almost important to test yourself, and I think that playing a young Judi Dench, that in itself is terrifying enough. [laughs] And to work with Trevor [Nunn] who is so well-respected, it was a great challenge, but also great for me because this was the first project that I’ve done that’s based on a book. So you have all of that wealth of information and then knowing what I knew and researched about Judi, so I had so many pieces that could all come together. It’s an amazing story, because of the moral choices that she is having to make and it’s about sacrifice. There’s stuff that I try to fill in anyway, with all my jobs, it is our job to make a whole person, not just what you see on screen.

BT: Where do you see this film fitting in within your own journey?

SC: Gosh. Well it’s just so nice to be part of a project in which I am playing the lead, that’s an amazing thing – to get to hold the film like that. That’s such a really gruelling thing, being there on set all day every day, and you learn so much through that. It’s like when I was doing a play as well, you’re doing a run for such a long time, you go through these waves, emotions of kind of fighting what you believe and learning that’s just the way it is. It’s like having that balance, and I guess that I just want to carry on working with interesting stories and telling important stories, whether they’re based in truth or not, about important people who find a voice and that’s an important thing.

Red Joan is now playing in Toronto and Vancouver. The film opens May 10 in Montreal and throughout the spring in other cities.