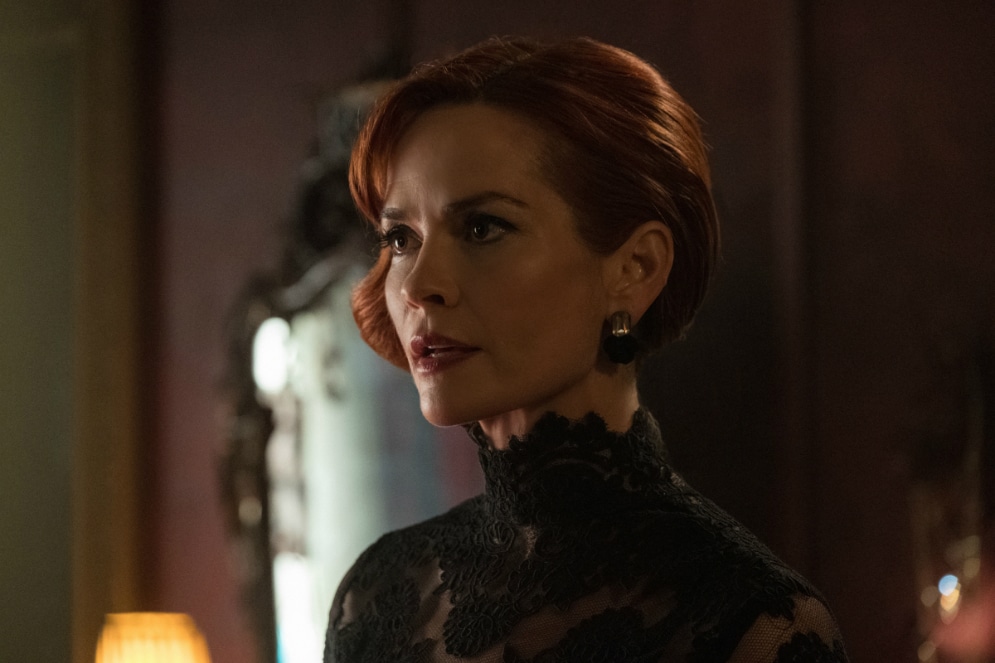 Whether you love or hate Riverdale‘s Penelope Blossom (and how can you hate her?!), you can’t deny the delight in seeing actress Nathalie Boltt chew the scenery every week on screen. From scheming with Hiram Lodge (Mark Consuelos) to efficiently running her kinky Maple Club, Boltt’s deliciously evil Madam Blossom is always captivating to watch. Off screen, the South African born actress-writer-director-producer is warm hearted, introspective, down to Earth and someone that I truly could have spent all day talking to (and learning from).

The following is an edited and condensed version of my phone interview with the lovely Nathalie Boltt.

Brief Take: Tell me about your recent trip to Bali.

Nathalie Boltt: That was an interesting one. I’m an ambassador for Palm Oil Investigations and we’re doing our best to stop the forest from being cut down and thereby saving many many species, but we’re focusing on the orangutans because they’re critically in danger, but also because of the red hair connection. [laughs] But if you save the orangutans you also save everything in the forest, so that species is the poster child that will also help save other wildlife there.

So the way that happened is I approached Palm Oil Investigations and just said, “look, I’m a red headed villain on Riverdale, maybe we can find a connection amongst the redheads”. [giggles] I wanted to shed some light on their plight because wildlife conservation is something very close to my heart. It’s actually crazy how people don’t know about this because some of the last indigenous forests in the world are being cut down. As I always say, and it really hit home when someone explained it to me like this – ‘forests are the lungs of our world’. It’s in all of our interests to look after the trees because they’re a way to get climate change back under control.

Goodbye Borneo, land of beautiful beasts, big smiles and… sadly, big problems. I hope we can help to save your heritage, your natural treasures, your trust. Thank you @palmoilinvestigations @theorangutanproject and @orangutano for taking us into the heart of darkness and showing us there is light. Thank you @adamcroasdell for documenting it so beautifully! (Check out his posts!) We need everyone's help on this. Please read ingredients and go #palmoilfree while we figure out a way forward. And look out for the #palmoilscanner app that you can help turn into the best tool to find alternatives! Thank you for coming on this adventure with me. Tons of love and gratitude. This world is still full of promise, adventure and life. 🙏🏼🌏💚xxx photo: @sassyjc48 @palmoilinvestigations #borneo #kalimantan #tajungputing #saveourwildlife #saveourforests #indigenousrights #orangutan #redape #redhead #indianajane #palmoilkills #deforestation #illegalwildlifetrade

BT: Thank you for using your platform to bring awareness to such important topics. Now I have a lot of questions about Riverdale. Firstly, I read that you have a dance background. When do we get to see Penelope dance at La Bonne Nuit?

NB: Exactly! When do we get to see Penelope dance, Penelope sing, Penelope play her ukulele? [laughs] Those are some big questions to ask Roberto Aguirre-Sacasa, our showrunner. I am ready and waiting.

BT: She has some free time in between all that scheming and poisoning.

NB: I know. Even the schemers have time to sing. [laughs]

BT: I love your scenes with Lili Reinhart. Aunty Blossom and Betty time is always fun to watch and I imagine fun to play as well.

NB: And there’s a lot more of those scenes coming! Those have been some of my absolute favourite scenes to do on Riverdale. Penelope and Betty haven’t had much to do with each other, really, but in last week’s episode and the coming episodes we really see Betty take Penelope on, but then Penelope has some really interesting tricks up her sleeve. The trick turning lady, the Madam, will be revealed in her natural environment so you can let the fans know that. I can tell you now that it’s not what people are expecting, it’s not what you think. She finally gets her own hilarious and mad gig, which is what I’ve always asked for for Penelope. All the parents are twisted, but I like her to be particularly mad and unusual, so I always encourage the writers to bring me their crazy, and they do. [laughs]

BT: Speaking of the younger generation of cast members, let’s talk about Cheryl and Penelope. She’s burned down your house, she’s water boarded you with maple syrup, she’s relegated you to the barn. Will we ever see some love or a truce between you two?

NB: Cheryl has definitely taken over Thistlehouse so she’s on top in that way, but of course Penelope shows her love by making things difficult in Cheryl’s world, and we’ll see that coming up in the next episodes as well. So I think she gets Cheryl’s attention by scheming, of course. Then it’s always a strange turn whenever Penelope does something caring. We’ve got some really good stuff coming up to do with the Gargoyle King storyline where Penelope does show some love again. But we continue that push and pull.

BT: What do you like best about working with Madelaine?

NB: I like how sassy she is. She’s a very interesting person. The funny thing is that we both actually come from South Africa, we discovered that in the second season. We actually were born very close to each other and she left early and I left a little later. How mad is that?! Two redheads from Africa! We have that in common. And I appreciate the fact that Madelaine is smart and is quite the businesswoman. She’s taken opportunity by the horns – she’s got a very popular channel and she’s very interactive with the fans. She’s incredibly smart for a young star. Young stars are notorious for not being grounded and then going completely mad and having real trouble settling down. But she’s really thought everything through and I respect that.

As far as working with her on set, I enjoy what they write for us. Madelaine always has these chunks of insults that she throws at me. [giggles] There’s some really good ones coming up. I think we inspire the writers to compose these venomous interchanges that are always hilarious.

BT: Fans also really adore your friendship with Mädchen Amick. Will we get to see more Penelope and Alice duking it out coming up?

NB: Yes, we’re all due for more Penelope and Alice. She’s still kind of hidden away on the farm or with farm business, so we don’t get to see enough Alice. There’s not enough opportunity for Penelope and Alice to attack each other. Actually, we’ve got a big town get together that I’m shooting tomorrow, so it’s quite likely that the parents will all be back together again. So that’ll be an opportunity. Mädchen and I are good buddies and we used to live in the same building together in Vancouver when I moved here, so that’s how we got to hang out. She’s got a great sense of humour and I love to tease her on social media and vice versa. 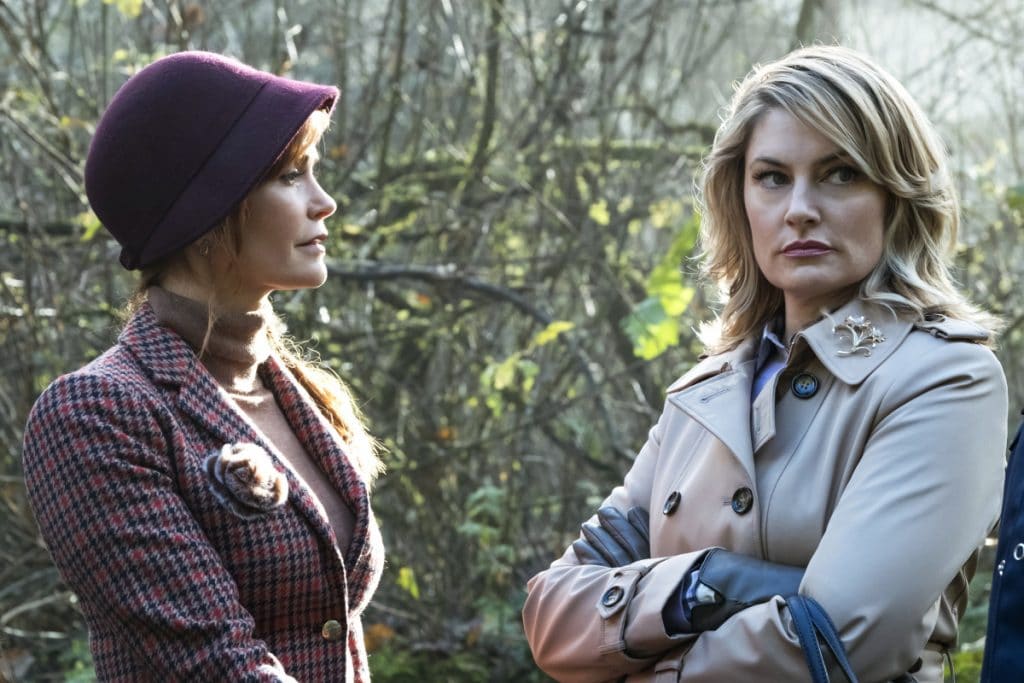 BT: You’ve written and directed a few projects now. Would you direct an episode of Riverdale?

NB: Oh yeah, at least one. I’ve made my own short film and web series so I did have a background in writing and directing before Riverdale. Since I got here, the Warner Brothers family has been incredibly supportive. I’ve been shadowing on it’s like a director’s attachment when you learn. So I’ve been doing that and working my way towards directing an episode of Riverdale or Sabrina, one of those in the family. That would be amazing.

BT: I read that you shadowed on the Deadly Class set.

NB: Yes, and that’s been doing very well. Lee Krieger is that director and he directed our pilot as well, that’s how I met him. It’s been amazing.

Deadly Class was a steep learning curve. Shadowing the unstoppable pilot director, @ltkrieger I had the privilege of watching him break down massive scenes into storyboards, shot lists stunt sequences, splinter units, magic, mayhem and all night parties. Also hanging with very talented and hard working cast like @benjamin_wadsworth Nice to see the show blowing up- thank you Lee, for my first official foray behind the camera and steps towards directing long form. Respect and much gratitude! #director #filmmaker #femalefilmmaker #directorslife #pilot #deadlyclass #russobrothers #Graphicnovel @rickremender @badashfemale

BT: What have you learned on the shadow directing program that you didn’t know before?

NB: The thing about directing tv, and especially on a hit show, is that you have to learn to work very quickly in order to get excellent quality work. You need to work with all of the teams involved – the set directors, art department, cinematographers, actors, etc. – and you’re there every single day. You have to come on as a director and you have to slot in very quickly and you have to get through an enormous amount of material in just a few days. Between eight and twelve days you have to shoot essentially a feature film, because that’s how much material is in each episode of Riverdale. So it’s about keeping calm and coming prepared and then shooting it beautifully. Plus you have to make all the actors comfortable, and then getting it all cut and getting it on air in record time. It’s a miracle, every episode is a miracle. [laughs]

BT: Who have been some of your favourite collaborators, in terms of filmmakers?

NB: Well Maggie Kiley, she directs Riverdale and Chilling Adventures of Sabrina, she’s been great. And then Rob Seidenglanz, he also directs both, they’ve both been amazing through the whole process. They’ve done nothing but encourage me and support me.

BT: Who are some people in the industry who inspire you?

NB: I love Russell Brand. I think he has a wonderful sense of humour, besides the fact that he’s gorgeous and is a great actor. He’s someone who’s really transformed himself, you know? I follow him and I follow people from Africa. I look at different cultures, I look at transgendered artists. I’m inspired by people who are calm and have actually lived life, the risk takers. I love the risk takers of the world.

BT: Do you consider yourself a risk taker?

NB: Oh yes. I mean I wouldn’t be here if I weren’t. I was born in South Africa and then took the risk of leaving the violent crime there to go to New Zealand, which is very far away. And then when Riverdale happened, I moved countries again. So having moved my entire life now twice, and moving around for my acting career too – I lived in London, I lived in Berlin, I’ve done shows in French and English and German, I’ve learned every accent – to promote myself and try and find my niche. I do drama, I do comedy…I don’t know if you saw, but I did an episode of a comedy called Happy Together where I played a crazy Australian, and that was hilarious. Whenever someone says I can’t, I say “I can!”. 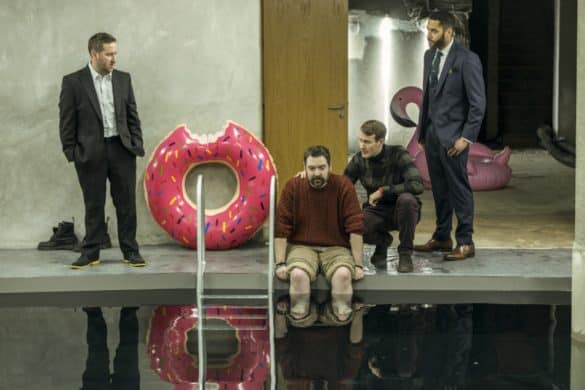 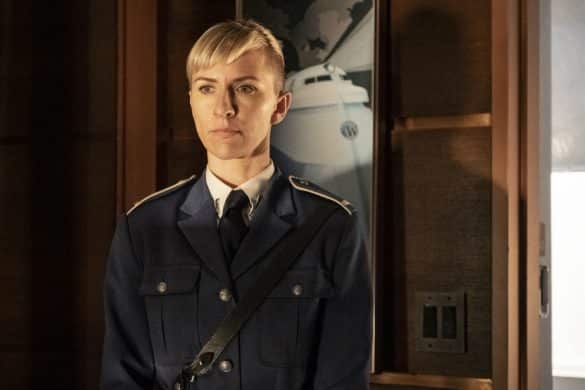 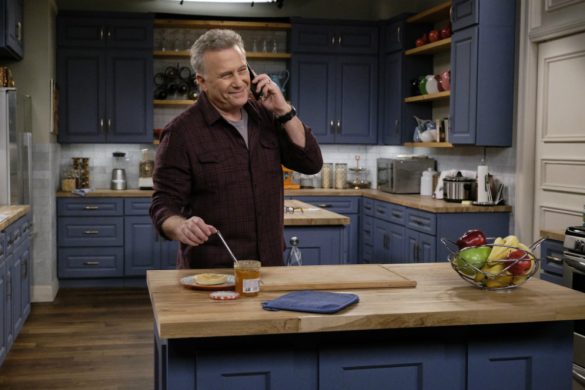 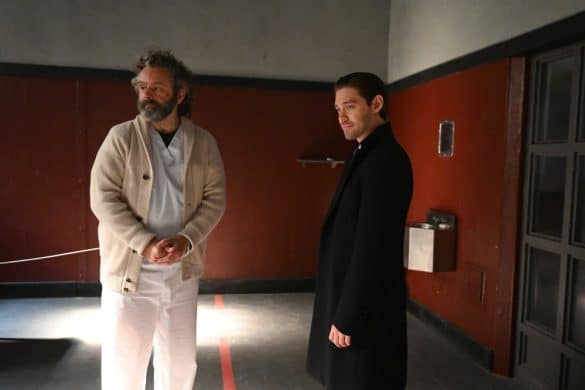