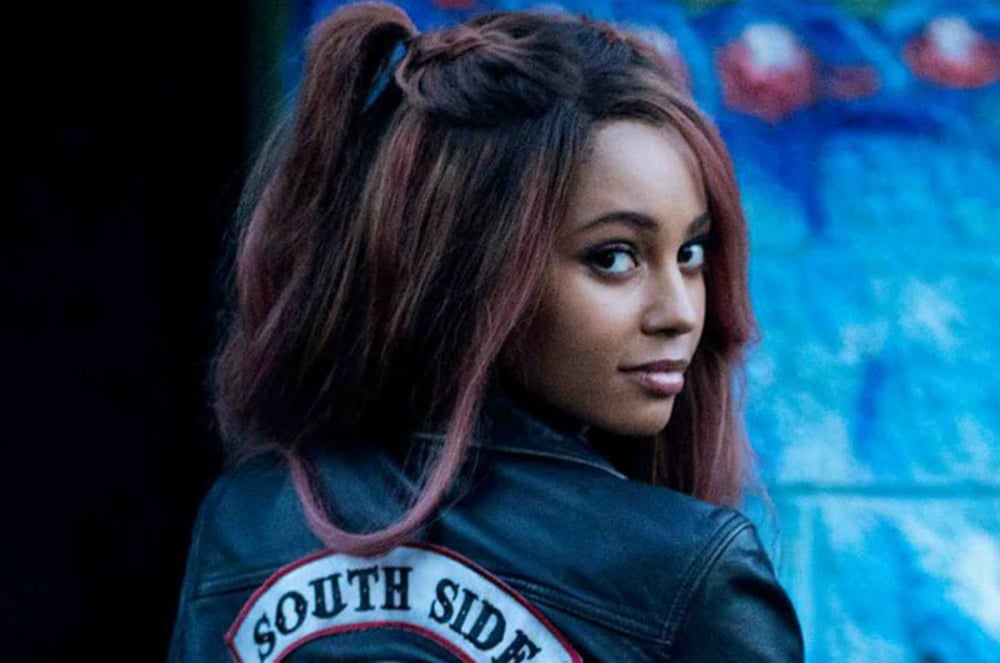 Vanessa Morgan is the true definition of a fan favourite. The Ottawa-born Morgan, and by extension her character on Riverdale, Toni Topaz, is everywhere these days. I started our lengthy phone conversation by telling her that the Netflix Canada Twitter account tweets out Choni (couple name for Riverdale‘s Toni and Cheryl Blossom, played by Madelaine Petsch) content on the daily and they’re not the only one. I then broke news to her, telling her that she is the first Canadian series regular on the Vancouver-shot Riverdale. (Hayley Law, Martin Cummins, Colin Lawrence, Lochlyn Munro, Emilija Baranac and Tiera Skovbye are great, of course, but are recurring cast members).

Brief Take spoke to Morgan on a rainy night after she had returned to the west coast from crossing the country to visit her boyfriend, Michael Kopech of the Chicago White Sox.

The following is an edited and condensed version of our chat with Riverdale‘s really sweet and fun Vanessa Morgan (*reprinted from its original publication date of August 10*).

Brief Take: How does it feel to be playing Toni Topaz?

Vanessa Morgan: I’m trying to represent to the greatest of my abilities, and playing a biracial, bisexual young woman is a lot of pressure because I want to do a good job of doing that. I find Toni to be super unique and I just love playing her! She’s a super badass chick, and now I love her relationship with Cheryl, it’s so great. Madelaine and I were best friends before the show too, so when I got cast for season 2 I really put that energy out there. We were like “wouldn’t it be nice if we were on a show together in Vancouver?”, and that was one year before it even happened! [laughs] So looking at it now, what are the chances that not only are we on the same show, but we’re also playing girlfriends on that same show?! So the relationship is even stronger now. 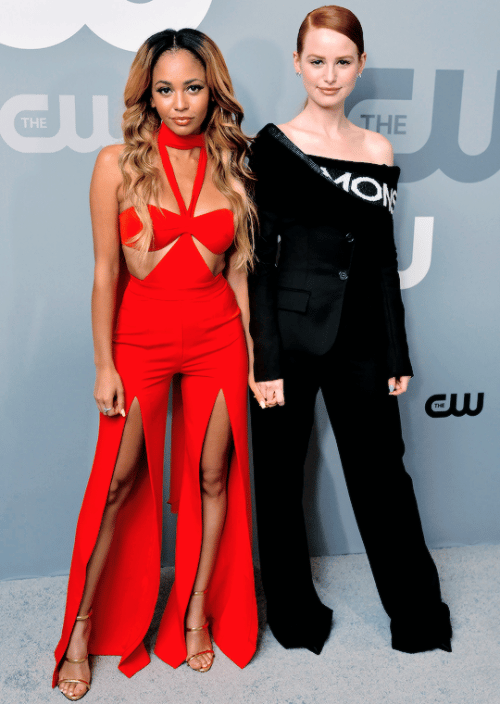 BT: And in a series with some campy elements, Choni is presented without bias. #loveislove

VM: And that’s exactly the whole point of it – that love is love. We fall in love with different people, regardless of their gender. I love how natural the whole Choni relationship is and I love how people are loving it. We haven’t seen the whole relationship yet, we’ve only seen little snippets, so I’m excited to see where that actually goes and how people will react once they see them in a full-blown relationship.

BT: How did it feel when you first booked the role as a Southside Serpent?

VM: It was cool to get to work with Cole (Sprouse) and the Serpents, and it was really exciting getting to meet the gang. I really do stay Southside Serpent strong. [laughs] 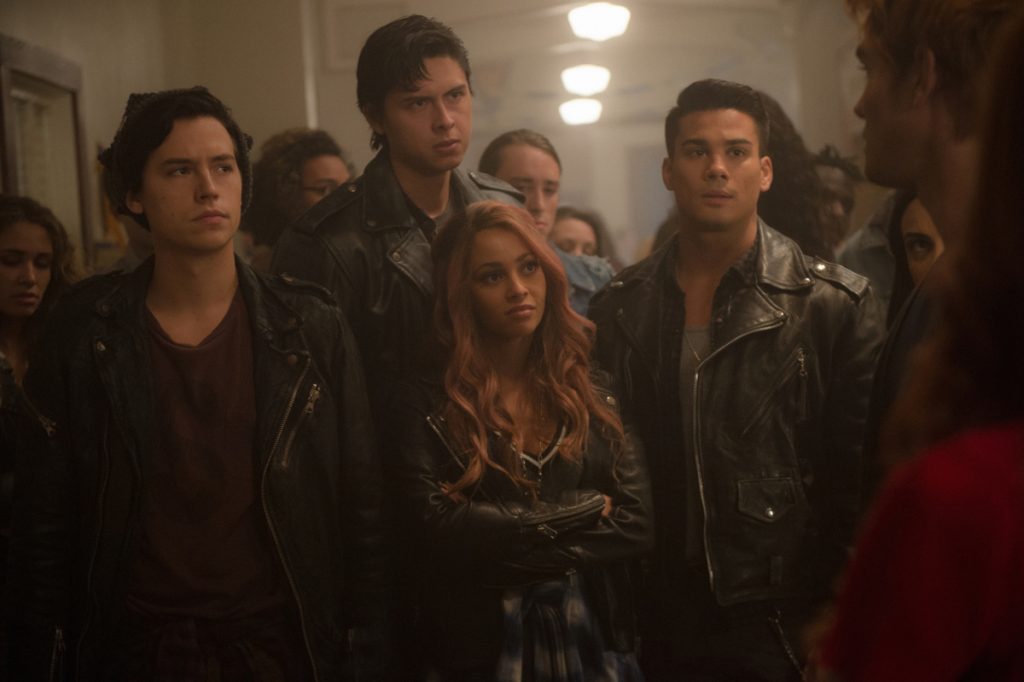 BT: You got to be in the amazing musical episode as well.

VM: Yeah, that was fun! One of my songs got cut so I posted it on my Instagram. That was definitely a fun experience with the cast. We’re all friends so we were all laughing and dancing. It was a break from the drama of the series that we’re used to, so it was nice to laugh and to be funny for a change.

BT: Are you the first regular, as opposed to featured, Canadian cast member?

VM: You know what? I think I am! I didn’t even know that! That’s pretty awesome. [laughs] The Canadians would have all been recurring, so I guess that I am the first Canadian series regular on our show, that’s really cool!

I was guaranteed five episodes when I got cast, then it was going to be eight, and instead it was seventeen or eighteen episodes for season 2, so that’s pretty awesome! And now I’m officially a member of the Riverdale family this season and I’m so grateful to the fans for that. I would like to thank the fans for accepting my character so well, and I would like to thank the fans because it comes down to their reaction for being the decision maker, and for welcoming me further.

BT: Is it starting to sink in now that you’re an integral part of the series?

VM: For sure, and the fan reaction has definitely made the experience even more special for me. It’s a great show and the writers and creators are doing such a great job! So yeah, it’s fun getting to be an actor and to love the material.

VM: I’m so proud to be nominated for the Teen Choice Awards! I grew up watching the Teen Choice Awards, so it’s so great to be nominated for not one, but two! I don’t even know how I got nominated for two, it’s crazy! I am so humbled by it. So a huge thank you to the fans for voting and, you know, for appreciating the work that I’ve been putting in to the character. I was jumping up and down and I couldn’t stop smiling when I found out! [giggles] It was just the best feeling.

Brief Take: I would have put you up for choice ship as well!

VM: Thank you very much. There is always next year!

VM: It was crazy! There were so many people, but there was one girl who came up and asked for my autograph and she was dressed up as Toni! Seeing all of the cosplay and people dressing up, it was definitely surreal, you know?

This warms my heart!!!! Guess which one is the real Toni ☺️💕

BT: How do you think the show builds on the comic, of which your brother was a fan, right?

VM: Yeah,  my brother was a big fan of it, even before I got cast. He was super excited when I got the part because he collects Archie Comics. I think that is why there is such a big fan base, because Archie – Betty – Veronica at Pop’s,  that recognizable comic book picture is an iconic scene, you know? I loved Josie and the Pussycats growing up so it’s cool to see our version of them as well.

BT: How do you feel about the pink hair? The Toni Topaz of the comic has a pink hat instead.

VM: She still has the hair! [laughs] She has the pink hat and the neon pink hair as well, but it was very short. Having the pink hair was a requirement for my character and now when I don’t have it, it sort of separates me from my character.

BT: It’s great that the universe is expanding with Chilling Adventures of Sabrina set to debut this fall as well.

VM: I know! I’m so so so excited to see what the show is going to be like! I know that it is going to be awesome because Roberto (Aguirre-Sacasa) created it.

BT: You’re a role model to so many biracial young women who now see themselves represented on screen in a prominent, positive way. Who is someone that has been a role model to you?

VM: When I was growing up, I loved loved loved Halle Berry! She was sort of my role model because I mean she looked like me and was someone to whom I could relate. (Fun fact: Vanessa appeared in Frankie & Alice as a young Halle Berry). 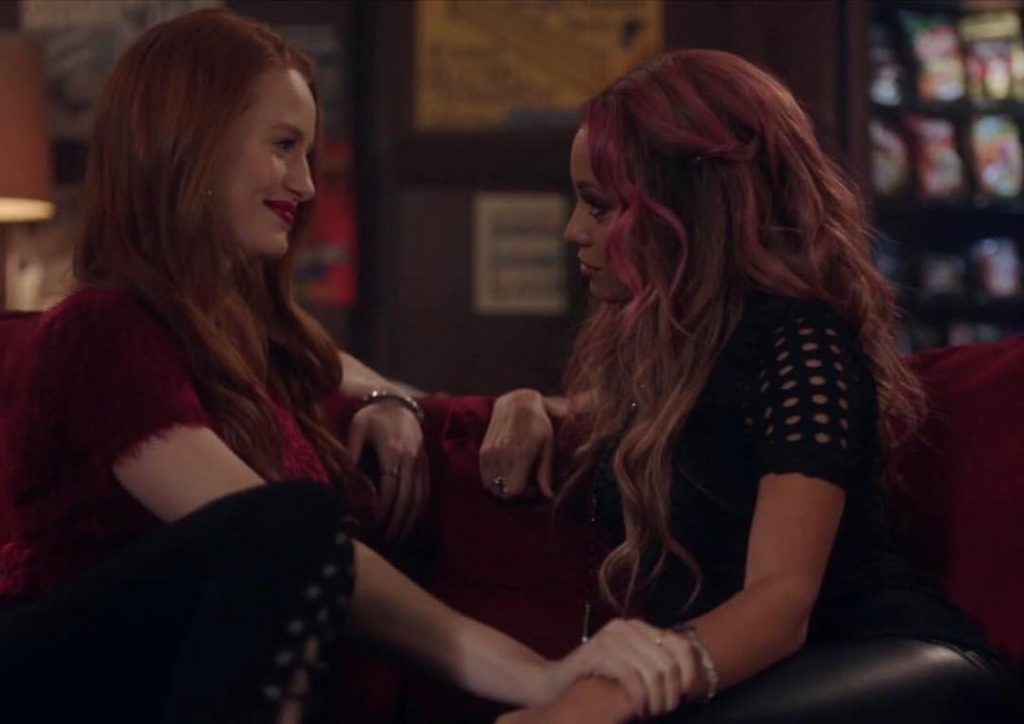 BT: Do you think that more diverse stories need to still be told?

VM: Oh, one hundred per cent! Now we have two biracial characters on our show, and one gay character, Kevin, so yeah, we have three now on our show and we’ll hopefully get to show more soon, and other shows need to follow the Riverdale train. Once Choni were an official couple they got more screen time, so the more that bisexuals are on TV and the more screen time that they get, people will have people like them to relate to.

BT: What can we expect from the upcoming season of Riverdale?

Riverdale season 3 returns to The CW on October 10 and to Netflix this fall. The first 2 seasons of Riverdale can be currently streamed on Netflix.