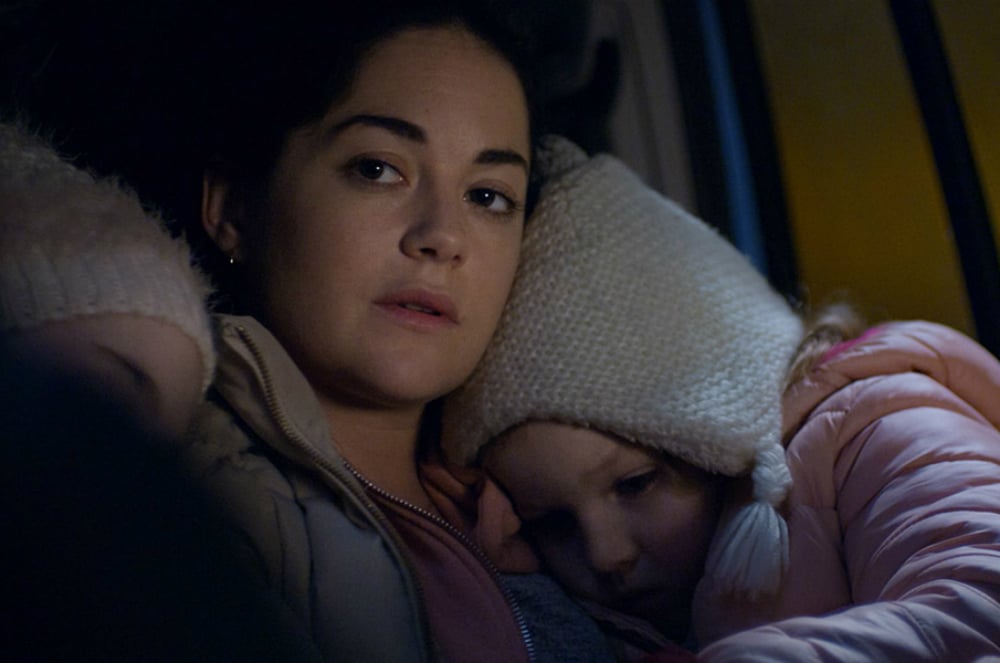 Speaking with Sarah Greene is a unique delight because the Irish actress tends to be very honest and pronounced in who she is and how she approaches a project. Having the opportunity to sit down with her in a downtown Toronto hotel restaurant for the TIFF film Rosie, in which Greene is incredible in the role, was an opportunity that we were happy to receive. It was a wonderful chat, but Greene answers in a way that suggests that she is very clear and open in her attitude and behaviour and has an incredible presence.

The following is a pared down version of our exclusive interview with the amazing Sarah Greene (who was attending TIFF for the first time!).

*This article was originally published on September 12, 2018*

Brief Take: This film leads its audience to wonder why the wage gap is so pronounced.

Sarah Greene: Exactly! We’re not a third world country, and yet we’re putting people into this situation. This family is doing everything right – he’s got a full time job, they’re working their asses off, they don’t smoke, they don’t drink, they don’t curse, they are good parents. And they just are having the shittiest luck. We’re all just one pay packet away from winding up in their shoes, you know? Of course you take for granted having a home, I have always taken for granted having a home, a roof over my head, shoes, by the time I go to sleep, night shoes, the food I eat, if I can cook for myself, and all that’s been taken away from them, because there is no option – you lose your identity. It’s really hard. It’s hard not to blame yourself.

SG: The camera was up in my face as you could tell. [laughs] It was claustrophobic. But we wanted it to be as real and honest as possible, so we did a lot of long takes. I just thought it gave a sense of tension and an underlying sort of foreboding. She’s much more patient than I would be, kind of keep having to hold me back, she’s snapping at people on the phone. It’s like “could she be patient?” She’s asking for people to help her.

BT: Kind of an irony in the title, not everything is so Rosie.

SG: Oh, I never thought of that! No, she’s named after a bridge in Dublin. [laughs] That’s where he got the names from.

BT: What a creative team you had working on the film!

SG: To work with Roddy Doyle! And I am a big fan of both of them [screenwriter Roddy Doyle and director Paddy Breathnach]. It felt very collaborative. It was a challenging experience, but really special. We knew that we were making something special. We could kind of feel it. And having kids on set, we could all be better versions of ourselves. They made us be better. I think it’s really impressive what they did, just beautiful performances. It’s very real and honest. I think Roddy’s voice is quite universal, like The Commitments. He’s got a great reputation. 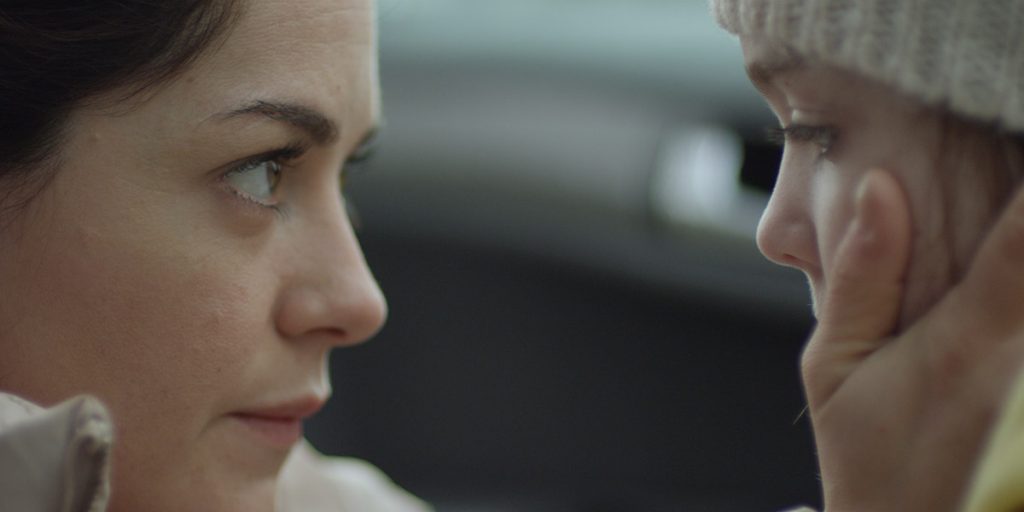 BT: Can you talk about working with Sam Mendes on The Ferrymount?

SG: I took over for an actress called Laura Donnelly, the play was written for her. She’s actually gone to Broadway with it. So if you get a chance to see it, do it, it’s a fantastic, fantastic show. So I just wanted to get back on stage, and this opportunity came up, so I worked on it from September to January and flew the next day and started working on Ransom in Budapest, and then flew back and started working on Rosie the next day, so it was full on. I was pretty exhausted by the time I got around to filming Rosie, which was perfect.

BT: What was your experience like in The Cripple of Inishmaan playing Helen McCormick?

SG: I’ve always wanted to play her. She was just so bold. It’s just such a brazen character. [laughs] She’s a lot of fun. His language is just delicious, a joy. That’s why I like theatre, distance is my friend. [laughs] It’s a different show every night because of the audience, they bring a different energy every night. You bring them on a journey.

BT: How about working with “Cripple Billy” Daniel Radcliffe?

SG: Very nice. He was a great guy! I’d love to work with him again. He’s really talented. It was a really lovely experience, we all had quite a special time. Rarely do you get to bring a whole cast from London to New York. It was really special to experience that and it was just nice to be in a hit show, you know? [laughs]

BT: Do you think that movies need to be socially aware and challenging?

SG: Yeah, of course they do! I don’t have much choice in deciding what gets funded. I read a lot of scripts that you wonder how they got the money. For instance, for Rosie, it was like “yeah, this is a story that needs to be told”. We have an opportunity here to reach a wider audience and open a conversation about the housing crisis and what is happening in Ireland. People are so quick to place the blame on the families, that they’re cheating the system. They’re not, the system is messed up and the system is broken, and there’s not enough houses there to support and house people in the situation. So I think that we do as actors has a responsibility to reflect on our culture. 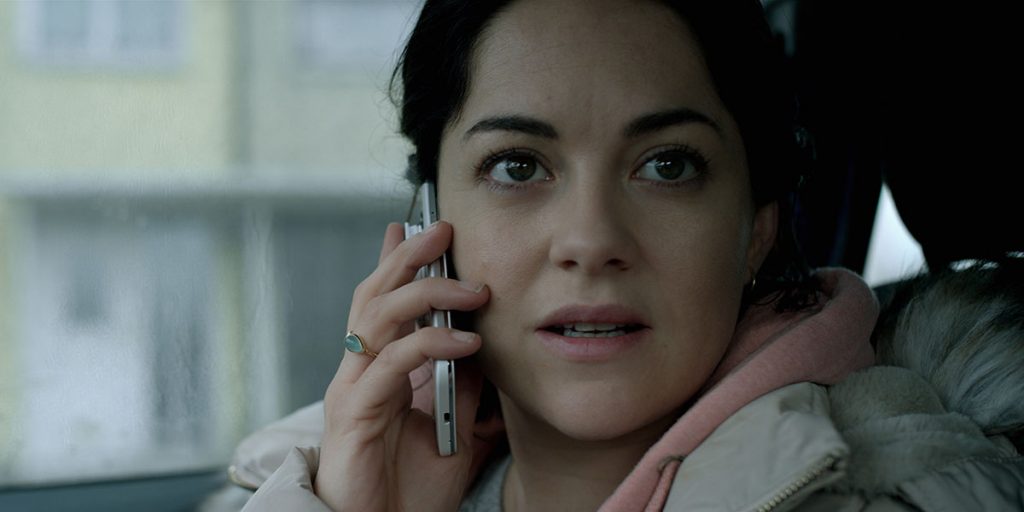 BT: When you’re looking at roles, and you see a project like this one…

SG: Yeah, you jump on it, of course you do. I was like “please please please please cast me!” [laughs] Black 47 as well is about famine, and it’s never been told before. I am so proud of the fact that I am part of the first film telling that story, or a snippet of that story. A TV show a few years ago called Rebellion, that was about the 1916 riot. My dad would be very proud and my granddad would be very proud of telling this story. So yeah, you make your parents proud, it’s the best thing, right? [laughs]

BT: What do you think your role is as a public figure and someone with influence?

SG: Oh, just be socially conscious and aware. I was heavily involved in the Together for Yes campaign about repealing our eighth amendment (along with Saoirse Ronan, Catriona Balfe, Andrew Scott, Liam Cunningham, Cillian Murphy, Aisling Bea and Brian Gleeson among others). I’m always afraid to be political because people would kind of be like: “What would you know? you’re an actress”. But I do have a voice and I have the responsibility to use it in the best way possible. We use our voices for good, like climate change awareness and save the bees. Just be better people.