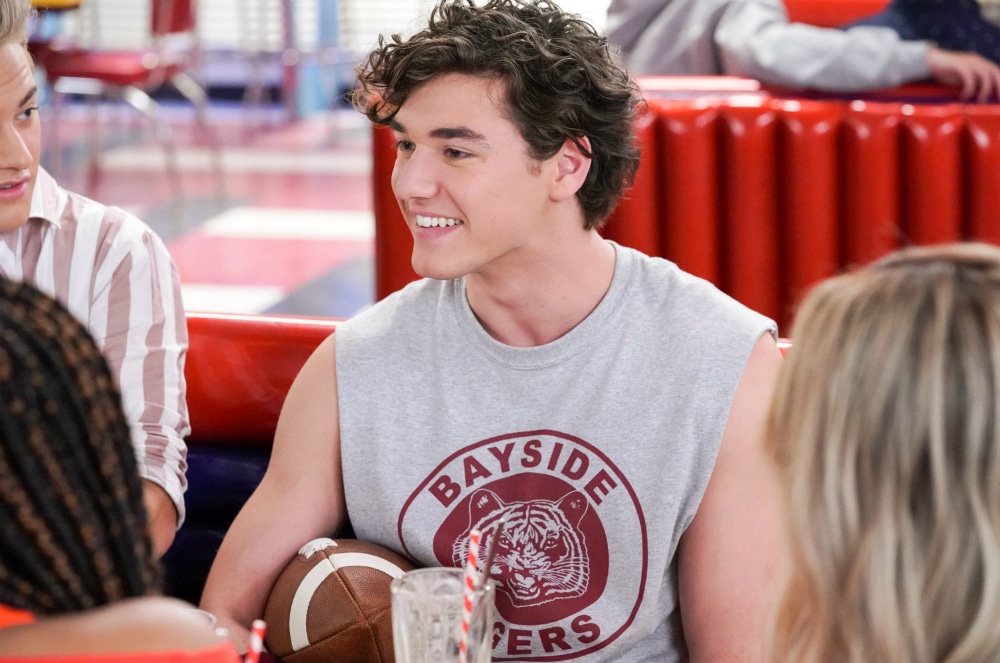 On a recent snowy morning, I had the wonderful opportunity to chat over Zoom video with Belmont Cameli (speaking to me from his family home in Chicago) and the following is a condensed and edited version of that lovely chat.

Brief Take: Hi, Belmont! I thought you were fantastic on Saved by the Bell. I thought you brought so much heart and great comedic timing, too, which is incredible because this is your first series regular role. Does this all feel surreal to you?

Belmont Cameli: Uh yeah, it totally does. This isn’t really something I thought I’d be doing at this point in my life because I only switched my career choice to acting two years ago and I moved out to Los Angeles a little over one year ago. So to get booked on this show so quickly, so soon after moving out, was such a gift. Then to start working on it was surreal, and then to wrap season one was crazy, and now that the show is coming out, every step is more unbelievable than the last. It is pretty cool. And thank you for saying that! Jamie is a real sweetheart. [laughs]

BT: You’ve said that the character brings emotional intelligence to the group dynamic, which is very true.

BC: Yeah, he definitely does and he gets it from his Mom, Jessie Spano, who’s such a rock in his life. He has this weird balance between total lack of common sense and a really firm grasp of what it’s like to be at this school in 2020. And yeah, he’s a really loyal friend so he’s the good guy sometimes. He’s there to help mediate through all the trying high school times at Bayside. 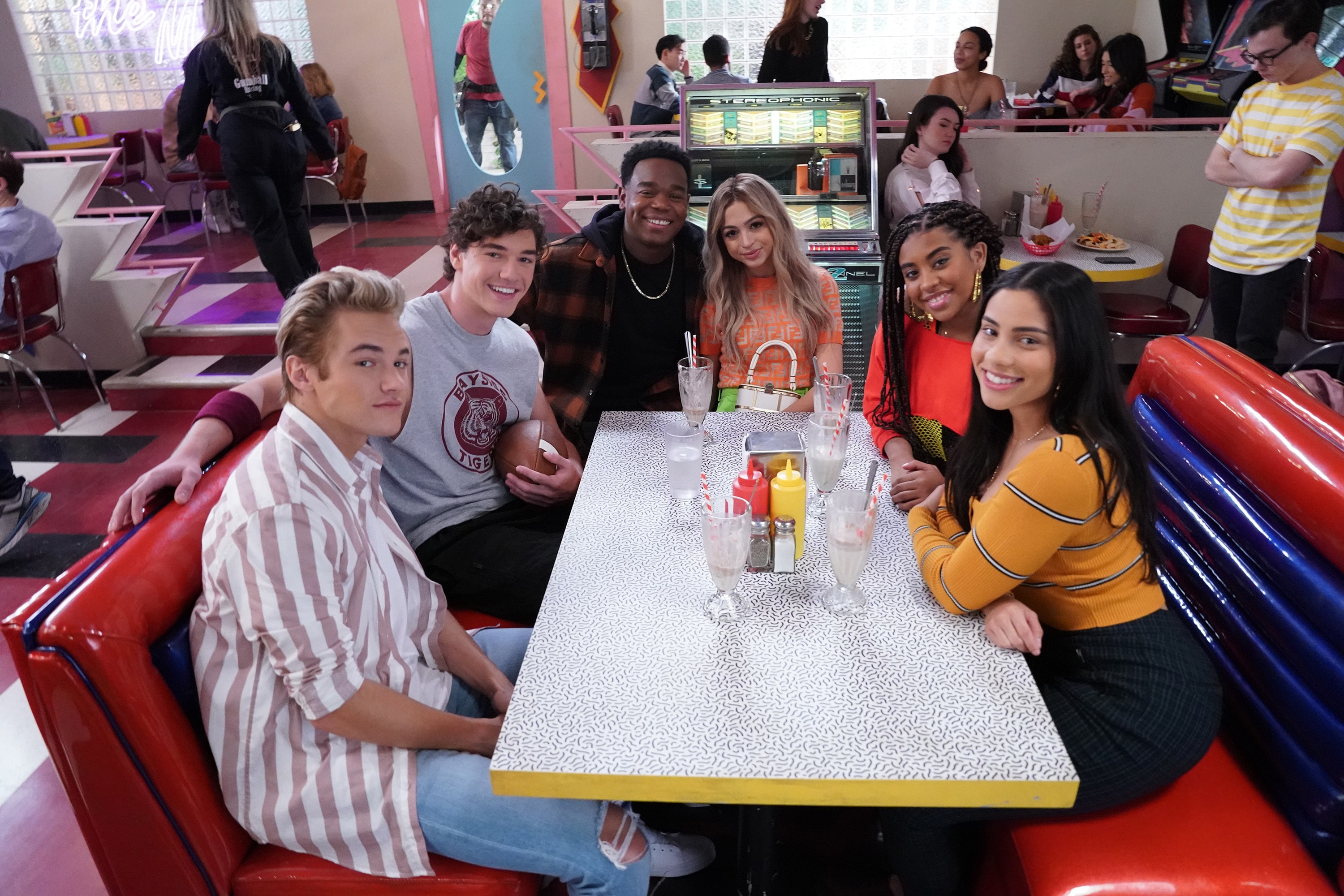 BT: So from the self tape in your basement to filming to bonding with Elizabeth (Berkley) and her family to now, having the show out there on Peacock and W Network. Take me back to some of your most memorable moments from these past few months.

BC: There’s a ton. First, meeting everyone was cool, but then getting to know everybody was exceptional in a lot of ways. The cast, at least the new cast, the six of us, we’re vastly different and these are people that have been in the business a lot longer than I have. So I was able to learn from them about life and just to get good perspective, so to watch them work was a gift. And then also, I learned so much about television itself. I was never formally trained as an actor, I didn’t go to film school, so I really got to use season one as a boot camp, essentially, and absorbed as much as I could. We had so much fun on set constantly. There was one day, we filmed a flashback scene where Jamie and Mac (Mitchell Hoog) are…it’s freshman year but they look much, much younger. [laughs] Mitchell and I had so much fun. We were just staying in character all day. We wanted to have a Mac and Jamie spin-off called “Mac and Jamie babies”. [laughs]

BT: And I know Elizabeth really took you under her wing. You spent a lot of time with her and her son off set just bonding. Did she talk to you about her time on the original Saved by the Bell and give you some advice in terms of your career?

BC: Yeah, absolutely. Elizabeth and the whole original cast that came back were super welcoming to us. They shared all of their experiences from the original show with us very candidly, which was so cool to hear because they literally did go to high school at Bayside. Those were their four high school years. Elizabeth was super gracious from the beginning. I met her at my first in-person audition at Universal and then also in my second, and she was so welcoming. Then once the show started shooting, she was always there for me if I had any questions. Same with the others – they kind of adopted this mentorship with us and wanted to make us realize that this was their baby, but it’s also our new show, so the combination of forces was really a beautiful thing.

BC: I look back on high school pretty fondly, I would say. I was really involved. I played three sports in high school – football, wrestling and volleyball all year round. I worked a job every summer between camps and yeah, I was a pretty typical kid. I liked hanging out and playing sports. It wasn’t until I left college that I went back to acting, which is something I did as a child. 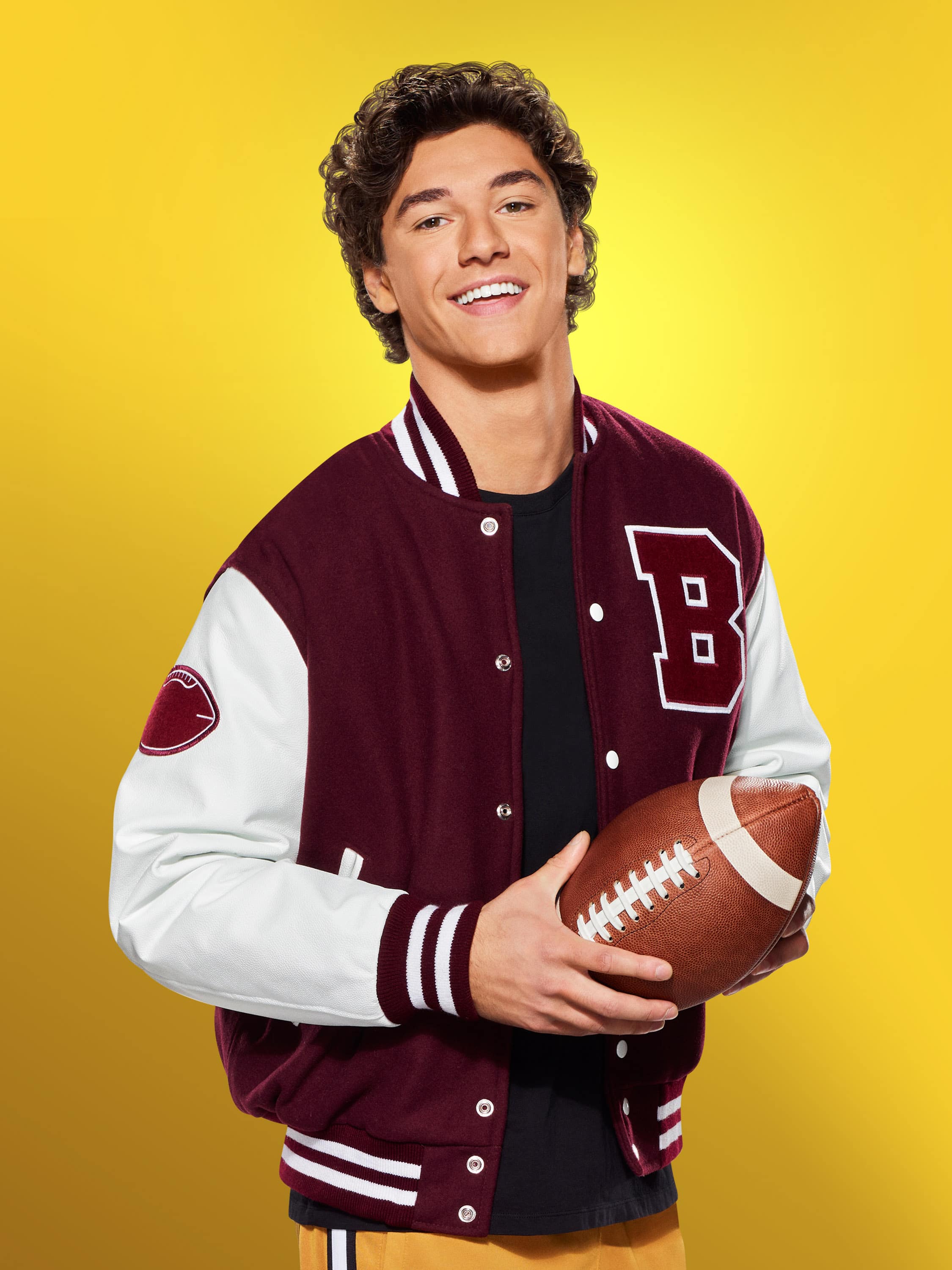 BT: You talked a little before about working with the main ensemble. I know Mitchell and Dexter have talked very highly about working with you and had a lot of fun doing so. Tell me about some of your down time memories of hanging out with them.

BC: Dex had us all over early in the season to his place and the guy is just a Jack-of-all-trades. He cooked us some phenomenal salmon and we bonded super quickly, everyone together. It’s always fun because everybody is so talented in their own regard and so I felt like I kinda got to sit back all the time and just watch and enjoy all these wonderful personalities just meshing. When Dexter and Alycia (Pascual-Pena) would get going singing or dancing, I would just count my lucky stars to be in that room because they were so much fun to watch.

BT: Have you heard anything about a second season?

BC: I haven’t heard anything but I would love to do one. I had so much fun doing the first season! The idea of a second season is so crazy already. I’m just very grateful to have done these first ten episodes and have these under my belt. I think if we did a second season, it would be so much fun. There’s a lot of really great directions that we could take. But no, I haven’t heard anything yet.

BT: If they did announce a second season, where do you hope to find Jamie in the future and are there things that you’d be hoping to do, as a performer?

BC: Yeah! I like the way that things are going. I think that Jamie is set up for a bit of a crossroads. His Mom, Jessie, and René (Cheyenne Jackson) are having some bumps in their relationship towards the end of season one, so I think there’s certainly some conflict and they’ll have to swallow some uncomfortable truths. But as a performer, especially on the show, the absurdities that take place at Bayside are bountiful. [laughs] All of the scenarios are very fun to play off so I’d be very happy with whatever the writers came up with. 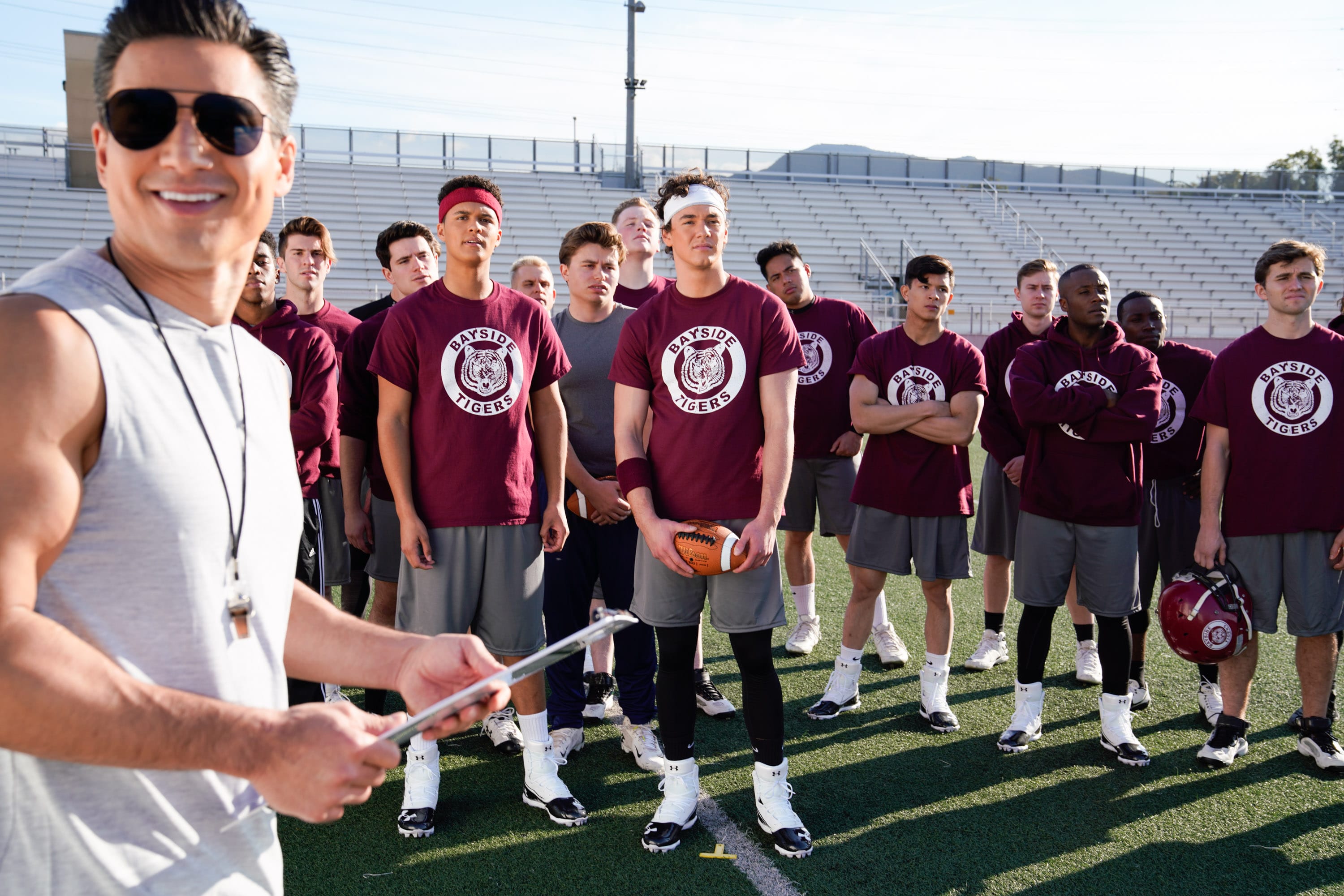 BT: Everybody in the States are busy binge watching this show on Peacock and in Canada, viewers are loving it on the W Network. What have you been watching lately that you’ve really liked?

BC: Well I will be watching the show here with my family. We’ll get a tight little viewing party, you know, because of COVID rules. But it’ll be fun to watch! My brother pretty much decides my music and television taste for me. I’m really bad at facilitating playlists or new shows for myself, so I pretty much go with whatever he recommends. So now that I’m back home, I’ll just give him the remote and let him run with it.

Saved by the Bell airs on Thursdays on W Network and you can watch the entire series on STACKTV.