Searching is unlike any movie you’ve ever seen before. The nail-biting thriller tells the story of loving father David Kim (John Cho) who, soon after his wife’s (Sara Sohn) death, must try to locate his missing teenaged daughter Margot (Michelle La), meticulously retracing her steps using her laptop and digital footprint. Almost every scene shows Kim (looking more and more harried as the time passes from when Margot first disappeared) looking at a screen (usually a laptop or iPhone), and yet, thanks to Cho’s naturalistic performance and a brilliant script by Aneesh Chaganty and Sev Ohanian, it’s one of the most unforgettable films of the year.

We had the wonderful opportunity to speak on the phone with the film’s talented lead actor John Cho and the following is a condensed and edited version of our engaging conversation.

Brief Take: Congratulations on the film! I saw it a few nights ago and the audience was on the edge of their seats the entire time. I loved how the film isn’t your typical thriller in that it had a lot to say about technology and our unhealthy relationship to it.

John Cho: That’s right. In some ways it is and it isn’t a typical thriller. In some ways it’s making a big statement in using technology to tell this story through screens. On the other hand it is a very traditional thriller that’s really about a family trying to become whole again. So it feels new and old simultaneously.

BT: I’m curious how the film was shot, because it’s so unlike any other film, with showing all of the characters’ actions on screens the entire time.

JC: We used GoPros and there’s some stuff that was actually shot on iPhones, and for some of the family memories we used old devices such as camcorders because we wanted to be authentic. In the scenes where I’m on a laptop, that’s using a GoPro. We mounted the GoPro to an iPhone sometimes too.

BT: How familiar were you with the technology and web apps used in the film prior to shooting?

JC: Well I will say that I’m not great with technology, but all of it was believable and all of it was very true to what people are using today. I think YouCast was the only thing they made up because there’s some dark plot points around it, but they wanted to make accurate interfaces because in the history of movies, computers have been pretty inaccurate. Having said that, I was surprised by how much I got and how computer literate I was. Even my in-laws who are in their 70s have kept up with it. We couldn’t have made this movie 10 years ago because our collective vocabulary when it comes to these things is very full. In the opening sequence, it plays on our nostalgia with computers, which tells you how far we’ve come along.

BT: What did you like best about working with the film’s director and co-writer Aneesh Chaganty? 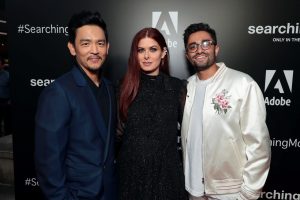 JC: I leaned on Aneesh more than I leaned on any director in a long time. [laughs] It was so unusual acting in this film because of being on a single webcam and being in extreme close-up most of the time and not really talking to people because I was looking at a dark screen for the whole movie. So I just leaned on him a lot, but I liked him a lot. He was sharp and focused. We just had a great relationship and I think he’s one of very few people who could have possibly made this movie, in the sense that he had a handle on technology, had a love of cinema and then could work with the actors to guide them through a situation that they were very unfamiliar with. I feel lucky to have met him.

BT: Two years in a row now you’ve brought two exceptional films, both about people searching for connections, to Sundance – last year, with Columbus, and this year with Searching. What was the audience reaction to both films?

JC: Both very positive. They’re very different kinds of films. Columbus struck a kind of love of art that people have and a longing for connection that so many people have, and it really struck a chord with a number of people. This one is more of a crowd pleasing thriller, which is its own kind of satisfaction. I love how theatrical it is and I love how classic it is and I love how cinematic it is. It’s dramatizing our lives and our lives are happening inside these devices. I think to minimize the drama because it’s happening in devices is to do a disservice to us. What I like about it is that it’s taking our lives that get reduced to these screens and then blowing it back up onto the big screen.

BT: What’s your relationship to technology and to social media in particular?

JC: I’m not as super agile with technology as some people are. Instagram in particular, I’m not as comfortable with. I go through waves, like everyone else, especially with all the vitriol that’s online sometimes these days. I’ve deleted Twitter off my phone a few times and sometimes I’ve set a rule for myself like you have to do 20 pushups before you can send a tweet. I just don’t feel like I should say everything that comes into my mind. It’s a dangerous impulse to say everything you’re thinking. You have power in your pocket. You don’t want to just do whatever you want at all times.

BT: And yet it can also be used be used to effect positive change, such as when the hashtag #StarringJohnCho was trending not too long ago, with people yearning for you to star in all genres of cinema.

JC: Absolutely! It’s just technology, so it amplifies whatever impulse you have, whether it be good or bad. I’ve been saying that one of the coolest things about technology in my life is that my parents use this Korean app called Kakao, which they use to keep in touch with our relatives in Korea. It used to be that they wrote letters and had expensive long distance phone calls, but now they’re constantly in touch, sharing baby pictures and articles, and all that good stuff. Technology has this great power to connect but, used poorly, it can divide us. It’s as imperfect as we are. 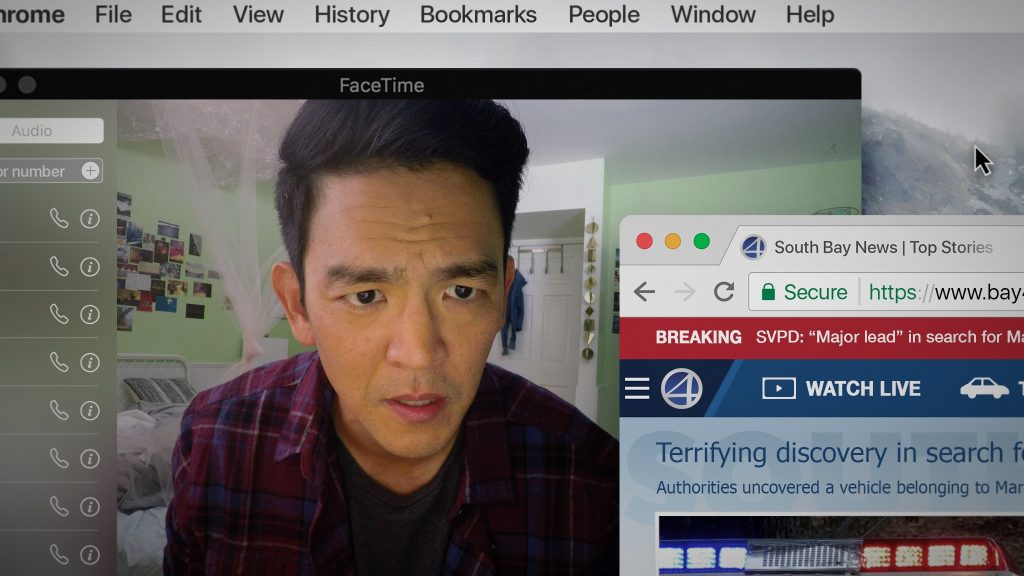 BT: You had said previously that you wanted to make a film about your father’s story. What’s the latest development on that passion project of yours?

JC: Listen, I don’t have anything to report to you now. It doesn’t have to be about him, but about and for that generation. I would love to do that before they kick me out of town. [laughs]

BT: I don’t see that happening ever! You have the highly anticipated Grudge movie coming up. What can you tell me about that?

JC: I loved making the Grudge! The director and writer of that film, a guy named Nic Pesce, is a real artist. One of the more interesting things about that film was that I’m the youngest character in the film. It’s an adult drama with very interesting characters and it deals with bigger problems than the supernatural problems that they have. It’s a character study, which is why I wanted to do it. I found it to be a very edifying experience. I also got to work with a really great actor named Betty Gilpin. She’s a real talent and I enjoyed working with her very much.

BT: August is a very exciting time for positive Asian representation in movies – from your film, to Crazy Rich Asians to the adaptation of Jenny Han’s To All the Boys I’ve Loved Before, starring Lana Condor. Do you see a shift in the industry to hire more Asian actors in lead roles?

JC: You’re hitting all the marks here. If it were a summer of movies in which there was a Chinese pop star in the Avengers in a minor role, then it would mean significantly less to me. But the fact that you have Jon M. Chu directing Crazy Rich Asians with an all Asian cast, we had Aneesh Chaganty directing our film, and Jenny Han wrote To All the Boys. It is Asian Americans telling their stories and that, to me, is what it’s all about. It’s less about representation and it’s more about expression.

BT: You’ve worked with some of the best actors and directors in the industry. Who do you still aspire to work with?

JC: Let’s get Francis Ford Coppola back into movie making business! I’d love to work with him.

Searching is available on Blu-ray and DVD on November 27!