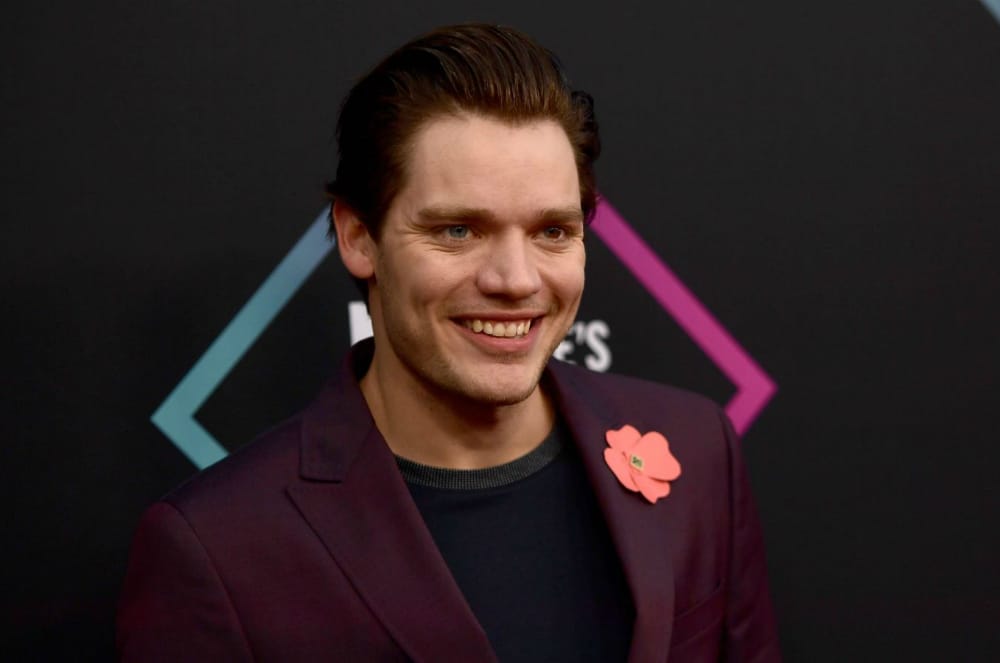 Dominic Sherwood was the first actor cast for Shadowhunters and as such, makes a wonderful (potential) conclusion to our series of interviews with the Shadowhunters ensemble (check out our feature interviews with Isaiah Mustafa, Anna Hopkins, Katherine McNamara, Luke Baines, Harry Shum Jr., and perhaps one more to come). Sherwood possesses a certain disarming presence that comes through clearly in a phone interview (not to mention his lovely accent too), but what fascinated us most about the talented actor was how he is committed to getting to the core of how he feels about a specific subject prior to speaking on it.

The following is a condensed and edited version of our interview with the charismatic Dominic Sherwood.

Brief Take: I loved watching last week’s episode set in Paris. How was your experience filming there?

Dominic Sherwood: It was interesting, for sure. It was very interesting [laughs] because having watched the show, it was a lot of fun to shoot in Paris but I think that we could have done a lot of it on our soundstages. But it was great! It was really good fun and I was right next to England, which obviously is where I’m from and nice because I could jump home and see everybody. But yeah, it was a trip. We worked with this company called Foggy Productions, who all they do is specialize in people coming over from different productions and want to film in Paris, and they were absolutely amazing – the French team were incredible. So yeah, it was really good fun!

BT: In the very beginning when the show was just being cast, do you remember what stood out about your Clary, Kat McNamara, that made you realize that you two would be special on screen together?

DS: I had read with about 20 different Clarys to that point and they just, they couldn’t find the right person. I kind of agreed with them that the right person wasn’t necessarily in the room—not to say that those actresses didn’t do an amazing job with what they did, but something that they were looking for was missing. I think knowing that Kat and I had a relationship before the show and that she sort of looked right for the role, this, that and the other, I think that was the defining factor. And when you’re in those rooms—it’s difficult to explain, but when you’re in those rooms, you can tell what they’re looking for. Once I got cast, a couple of my friends also went for the role of Clary, and I coached them because I knew what the casting directors were looking for at that point because I’d been doing this for almost a month, so I’d been seeing people back-to-back, so I knew what they were looking for. 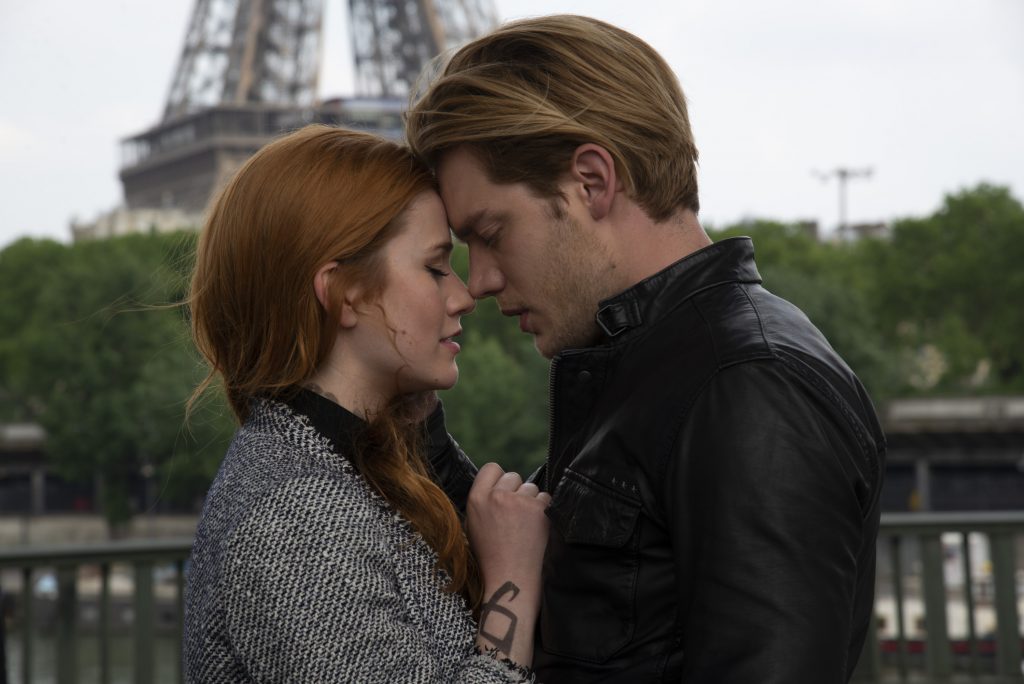 BT: During your years filming the show, what did you like most about working with the Shadowhunters cast?

DS: I think on a show like this, the best thing to do is to as quickly as possible get close to people and understand what people like and don’t like because that’s going to be reflected in the work. I think that’s what we tried to do, and among us we cultivated this little community which we kept throughout the show. Hopefully that will keep going! I think that’s important to do on any show or movie, to make sure that everybody is as comfortable with each other as is humanly possible.

BT: What kind of responsibility do you feel as a public figure, especially with a series like this with a committed fanbase?

DS: There’s a huge amount of responsibility as a performer. Jace went through such a dark time, for example, and there’s no way I would be encouraging things like potential suicide or whatever, but on the other side of that there’s a responsibility to shine a light on it and say “these issues do exist in the real world”. If I’m doing something on the show that can show people in the real world that there’s a way of tackling these problems and dealing with these issues which everyday people deal with, I will encourage my positivity. Art is an extension of life, so it’s important that the more profound issues are dealt with correctly and responsibly.

BT: It seems as though you really immerse yourself in your roles.

DS: For me, personally, when I am doing something, I need to do it one hundred per cent. I need to understand the simple things, like how do martial artists walk and how is that different from someone who hasn’t studied martial arts. The little intricacies of who these characters are. So yeah, I try to fully immerse myself as much as possible. 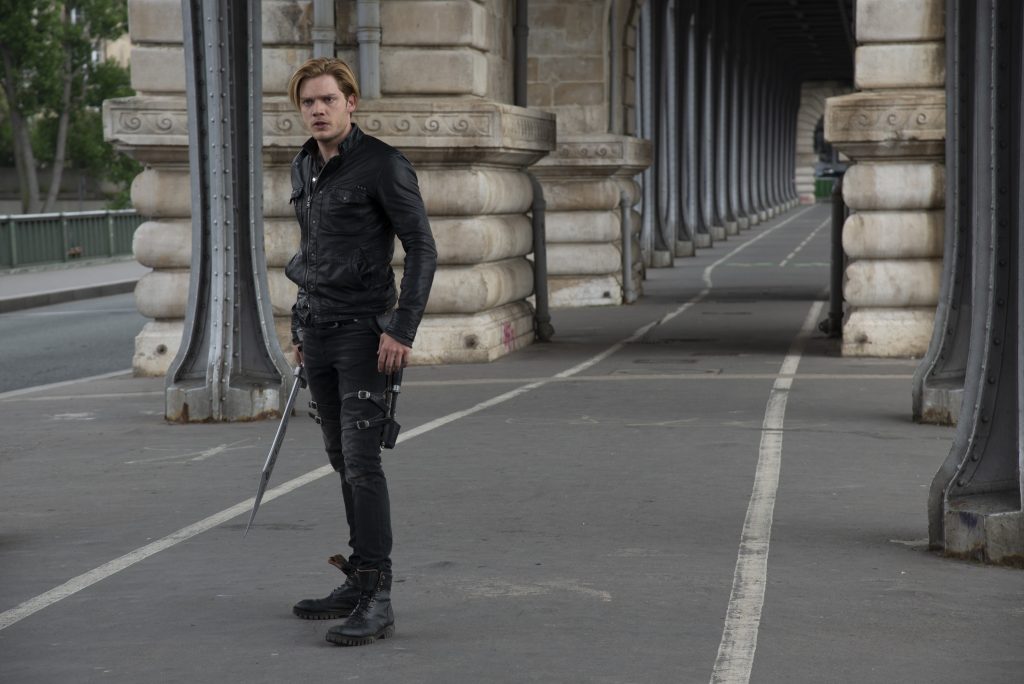 BT: What’s it like balancing your private life and your professional life online while being such a public figure?

DS: It can be a little tricky. First of all, it’s so amazing to have so many people who are so passionate about what we do and what we put so much work into. But at the same time, at the end of the day, you don’t really know these people. They care about me and I care about them desperately as well, but I’m not giving out my home address any time soon, you know what I mean? It’s Internet safety and it’s fairly standard, like if you’re nice to people and they ask questions, that’s great. If they’re not appropriate, then don’t answer them. I think it’s more simple sometimes than people try and make it.

BT: What do you think of the city of Toronto and your experience shooting here?

DS: Toronto is really lovely. Everyone’s friendly and honestly, a big thing that made it so easy in Toronto was the local crew who worked so hard. On occasion we’re doing these 12, 13, 14 hour days that finish at 5 or 6 in the morning, and the crew are always laughing, they’re always having a good time. What people forget very often is like “Oh, the poor actors, they have to be doing these fight scenes or be out in the cold for 12 hours!”, but I’m like “yeah, but I have a trailer to go to at lunch”. The crew were carrying around 100 pounds of equipment for 12 hours! They’re the real unsung heroes of film and television. They work so much harder than we do. For me, I don’t ever complain when I’m on set… that’s not true, I got hurt a couple of times, then I was pretty windy for that night and for a couple of days. [laughs] But other than that, I don’t! [laughs] It’s a revelation to see these people who work so hard and are so passionate about what they do, and honestly, some of the biggest fans of Shadowhunters are the guys who are on set with us—the camera teams and the sound teams and the costume teams and hair and make-up. They are just incredible people. So that was my favorite thing about working in Toronto, was meeting and working with local Canadians who are so passionate about their crafts.

BT: Which aspects of your Shadowhunters role will you take with you into your next role?

DS: It’s interesting because there’s a huge part of me that doesn’t really want to take chunks of my old characters and move them into my new characters. Real people are all very different, and reflecting that, the characters that we play should all be very different as well. But at the same time I think that the things from Jace that I would take away would be, for me as an actor, the things like the martial arts. I didn’t really have a background in that before I started the show, and we did a huge amount of training and we sort of developed a somewhat decent level, largely thanks to stunt teams and Steve Lecescu and Darren McGuire. Something like that – being able to learn to ride a horse or shoot a six-shooter or learn a way of moving that is no longer the way people walk and talk any more. Learning a skill like that fairly quickly would be a skill that I would like to say that I now have from being on Shadowhunters. 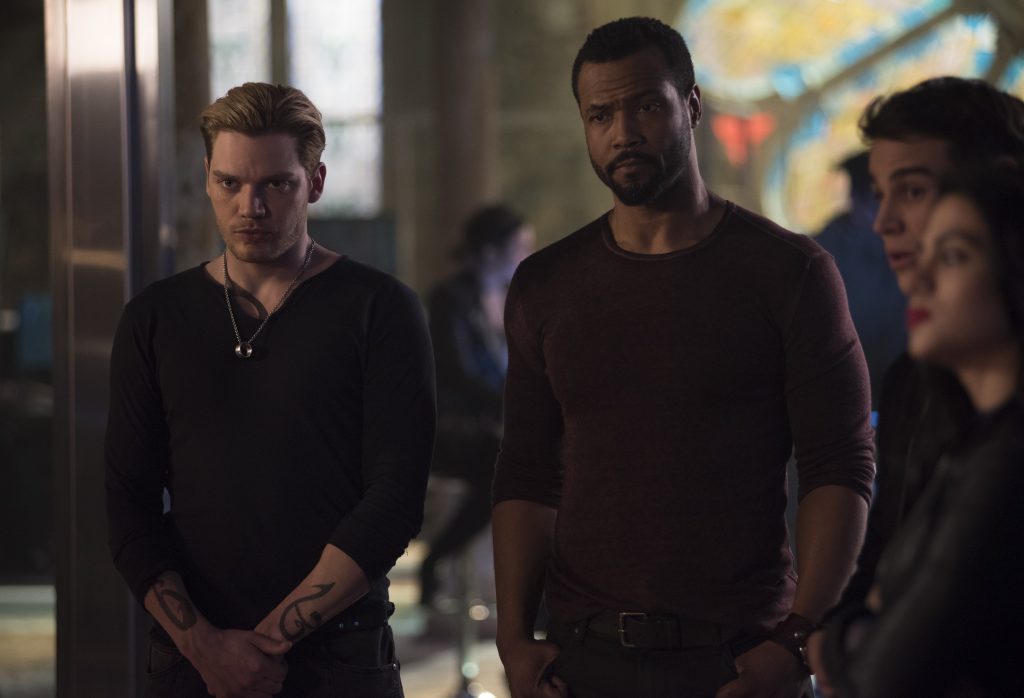 BT: What does it feel like to be a British actor in Hollywood? I imagine it’s a bit of a transition.

DS: For me, absolutely. It’s all still a little bit alien to me. I sort of moved here for a girl, and that…[chuckles] didn’t really work out so well. But it is what it is, and I’m here and I’ve got my friendship group here and it’s important to be here for this industry. That’s sort of where I am, but for me and for everyone who knows me fairly well knows I’m such a homebody. Like I love being close to my family and my brothers and sisters and my parents, so it can be quite tricky being away from them sometimes. But overall I think I’ve got a good community of people around me, including a lot of the guys from Shadowhunters and other people that I have met being here for the past four, five years. I’m sort of making my peace and grounding myself in L.A. a little.

BT: What do you think you bring to a role that is unique to you specifically?

DS: Oh wow. [laughs] This is like a job interview. [laughs] I’m not sure. I really don’t know. I guess that I wouldn’t know unless that job is placed in front of me. I guess the thing that I’m most proud of as an actor and a performer is that I know that I’m committed and I know that I’m a really hard worker, and that comes from my parents always instilling that in me and my brothers and my sister. They’ve always made sure that whatever it is you’re going to be doing, you should be doing it one hundred per cent, because the reality is that if you love it you’re going to be doing it the rest of your life, so you have to working as hard as you can at it at all times. I think that’s probably what I’m proud of the most. [pause] Did I get the job? [laughs] 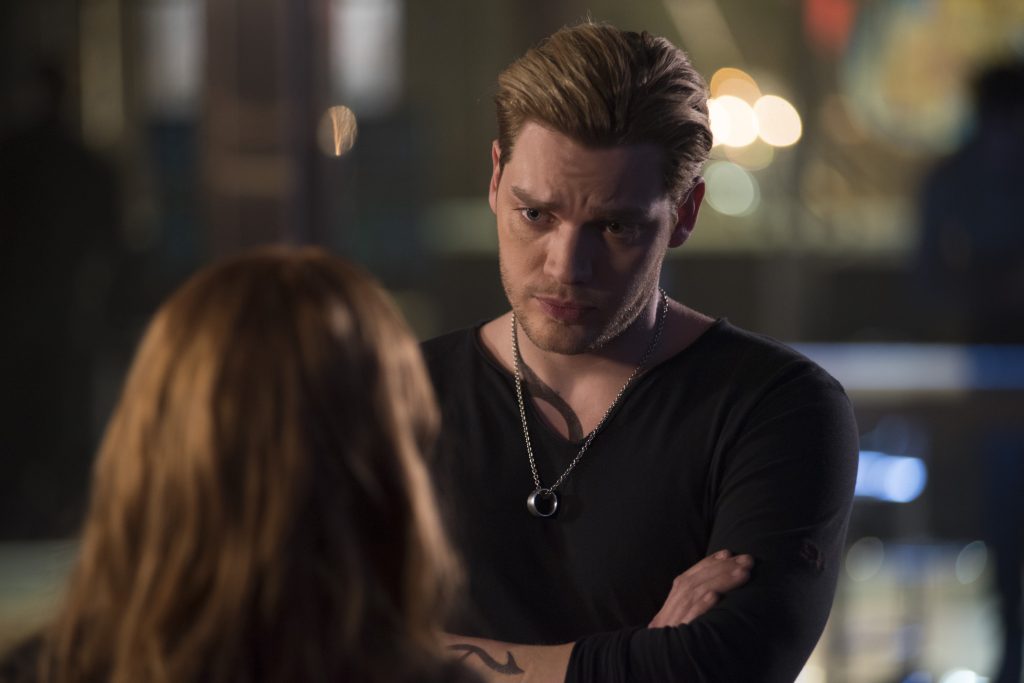 BT: Tell me about working on the final two episodes that conclude Shadowhunters.

DS: Honestly, all the credit goes to Todd (Slavkin) and Darren (Swimmer), the showrunners, and Todd came on to direct the final two episodes as well. And I told Todd this, we were all a bit afraid that the big, bad boss was coming to direct us. [laughs] We were all a little anxious because he hadn’t before directed us before, we didn’t know how it was going to go, because he’s the showrunner—he literally runs the show. So we were all a bit trepidatious, but he was absolutely incredible—like absolutely unbelievable, he did such a good job, him and Darren and the rest of the writing team. They wrote an incredible last two episodes. I mean it’s such an insurmountable task because they [chuckles] had to round out 3 years worth of story into 2 hours. So it was tricky. But we read them and they were brilliantly done, and I think that everyone’s going to be happy and sad and I think bittersweet is really the only word that kind of encapsulates those last two.