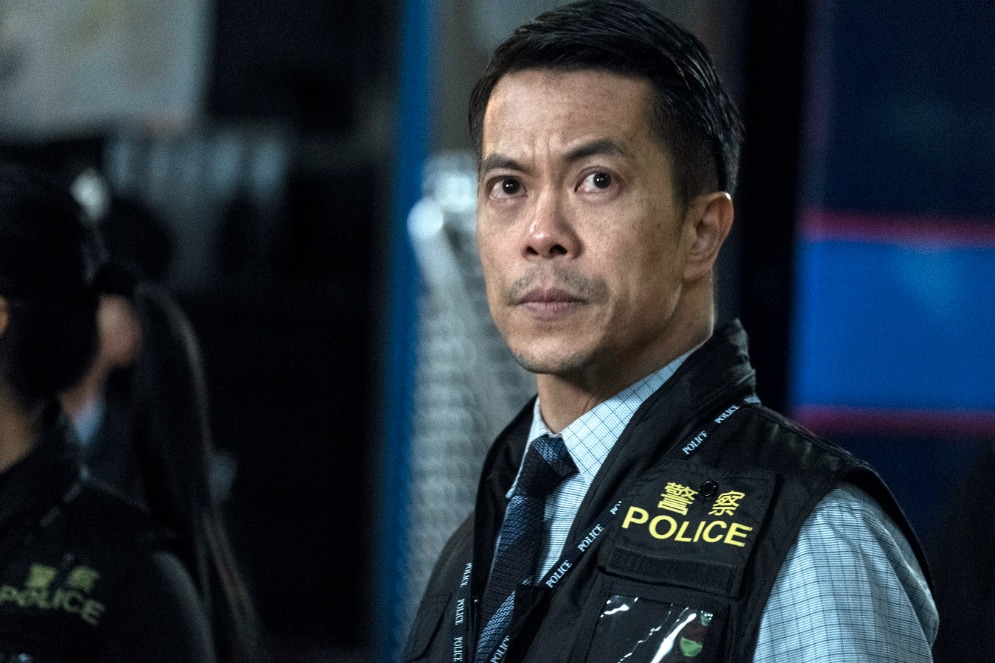 Byron Mann shines as Inspector Wu in Skyscraper, the police officer to Dwayne Johnson’s security expert gone rogue Will Sawyer. Mann was also incredible in the opening episode of Netflix’s Altered Carbon in which he plays Takeshi Kovacs, where his memorable action sequence (all done shirtless!) sets the scene for the rest of the series. He also appears in one of our favourite films of the last few years, The Big Short, in a limited but crucial role.

Here is a condensed and edited version of our conversation with the fascinating Byron Mann.

Brief Take: This year you’ve shown such range in two very different projects, playing two very different roles. At what point did you go from filming Altered Carbon to filming Skyscraper, in both of which you’re such a magnetic presence.

Byron Mann: We finished Altered Carbon last year around June and then in August we started filming Skyscraper. I had clothes on in Skyscraper, so the pressure was off to maintain the same shape. [laughs] You know, I learned a lot of things from training for Altered Carbon, the physical training that is. So I still maintained certain things from what I had learned on that show. I had multiple personal trainers working with me and Joel Kinnaman, so I learned a lot. Normally, with these sort of things you have 3 to 4 months to prepare. In my case, I only had 6 or 7 weeks to get ready, so at the same time that I needed to bulk up, I also had to shred and to get definition. I worked with a personal trainer every morning and we hit it really hard. It wasn’t just lifting weights, there was a lot of cardio to shred fat. Then I learned that if you need to get big, you need to eat five meals a day, sometimes six meals a day. So just trying to eat food every two to three hours, that was a new thing for me. 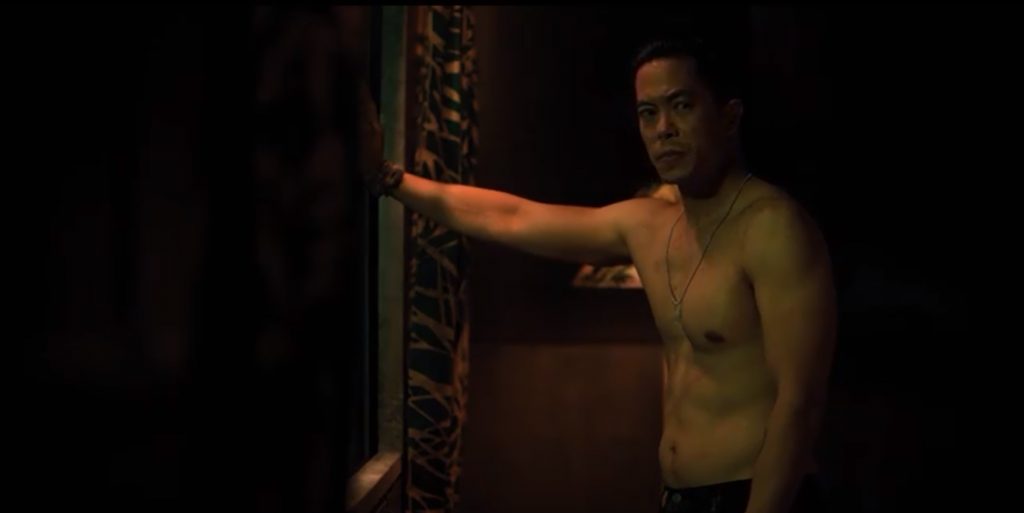 BT: I imagine that you must have spoken to and bonded with your co-star Dwayne Johnson about weight training.

BM: Let me think about that. [laughs] We did, a little. I actually got to know him a lot more on the press tour. We were all together for the last ten days, in Beijing, Hong Kong, and then New York. We just landed in L.A., but he’s still on the East Coast because he’s shooting a film up there. So yeah, we didn’t talk about lifting weights or anything, but we did talk about his Under Armour signature shoe and its design. Under Armour actually sent me some stuff in China, but they ran out of his particular shoe, so I was a little bummed out about that.

BT: In Skyscraper, most of your scenes are opposite beloved Canadian Neve Campbell. As someone who frequently works and lives in Vancouver, had you ever worked with her before?

BM: No, never. We do have mutual actor friends who live in Brooklyn, however, so that was really interesting. Then she’d never been to Asia before, so this time when she went to China and Hong Kong for the first time, that was a blast to be there for. She’s fabulous in the movie too!

BT: I read that you did all the translation of the dialogue in the movie, from English to Cantonese, yourself.

BM: Kind of. The whole movie takes place in Hong Kong and all of the dialogue is written in the script as English, but the director wanted to shoot it two ways – one, all in English, and then in Cantonese. I just know from experience, because I’ve done a lot of shows where the script is in English but then when you actually say the words, they’re going to be in Mandarin or Cantonese or another Chinese dialect. So I know from experience that the actor, if he or she knows the language, he or she should be involved with the translation from the ground up. Language is very nuanced. Usually the common mistake is that you’ll get a translator from a nearby university and that person would have no knowledge of filmmaking or how dialogue should sound like in a movie or tv show. Then when the words come out, they’re translated, but it’s like someone giving a lecture, it doesn’t sound natural, and that’s when you encounter problems. So as an actor, you receive the translated dialogue a few days before filming, and then you have to essentially translate it again yourself. On Skyscraper, I said to the director, “leave the translating to me and let me (and there were two others) do the translating”, and that’s what we did. It was a two step process – from English to Cantonese, and then from Cantonese to Hong Kong police speak. The Hong Kong police speak in a very particular manner – they use a lot of English terms because the Hong Kong police is modelled after the British system, so they use a lot of terms in English that’s sprinkled into the Cantonese. Unless you’re a policeman in Hong Kong, you’d have no idea what those terms are and when you would use those terms. I think the reason why the Chinese audience has really responded worldwide to the film is that they understand the dialogue and appreciate that this is how a Hong Kong policeman would really speak like. In that regard I think we did our jobs very well and I’m very pleased about that.

BT: The film has drawn a lot of comparisons to Die Hard and The Towering Inferno. Were there any particular films that you drew inspiration from for your character?

BM: Well we were trying to make a movie that paid homage to Die Hard and The Fugitive, so my character was a nod to Tommy Lee Jones’ character in The Fugitive. Much like that character, my character is a veteran who has seen it all and is a really grizzled veteran.