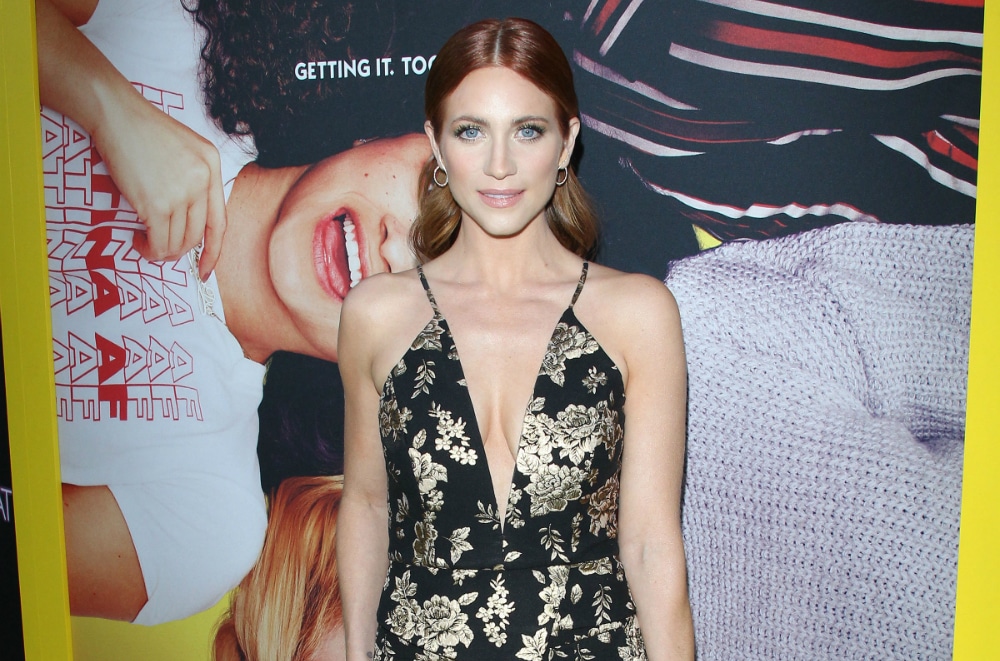 Brittany Snow is a gifted performer that I have admired for a long time, so I was delighted to speak with her on the phone recently about her latest film, Someone Great. I adore the female-led Netflix film SO much (!!), as well as Snow’s performance in the film as Blair (she is so good, you guys). Last year Snow added to her long list of talents by writing, producing and directing a short entitled Milkshake, in which she recruited a few Pitch Perfect alums for starring roles.

During our conversation, I gained valuable insight into her creative process as she is extremely expressive and honest about her passions. The following is a condensed and edited version of my chat with the incredible Brittany Snow.

Brief Take: I love this movie so much and I think you’re fantastic in it. When did you first get involved with the project?

Brittany Snow: It was a long time ago actually. I got the script maybe three years ago and it was a really early draft. I had known Jen (Kaytin Robinson), we had grown up together in L.A., so when I read the script I thought to myself “Oh my God, this is something really special”. It’s really heartfelt, and also really intelligent, witty comedy, which is very rare, especially with a female writer and director, and I knew I wanted to be a part of it. I stalked Jen for about a year about this, I told her that I would play any part in it, and then one year later I got the call from Jen asking me to try out for it. Then I ended up getting it, so it all worked out.

BT: I love the central friendship amongst the core trio and it comes across as so natural and believable. Had you known Gina Rodriguez and DeWanda Wise prior to filming?

BS: I’d known of Gina and DeWanda through mutual friends, we had a lot of friends in common, but I’d never met them. It was kind of nerve wracking because they went to college together, so they already had a built in dynamic, so I was nervous going into that, hoping I’d be able to fit in and be accepted into their friend circle. But it was so seamless. They were so welcoming and warm, and we just hit it off instantly. It was like we’d had a connection for years and I feel like you can really feel that in the movie as well. 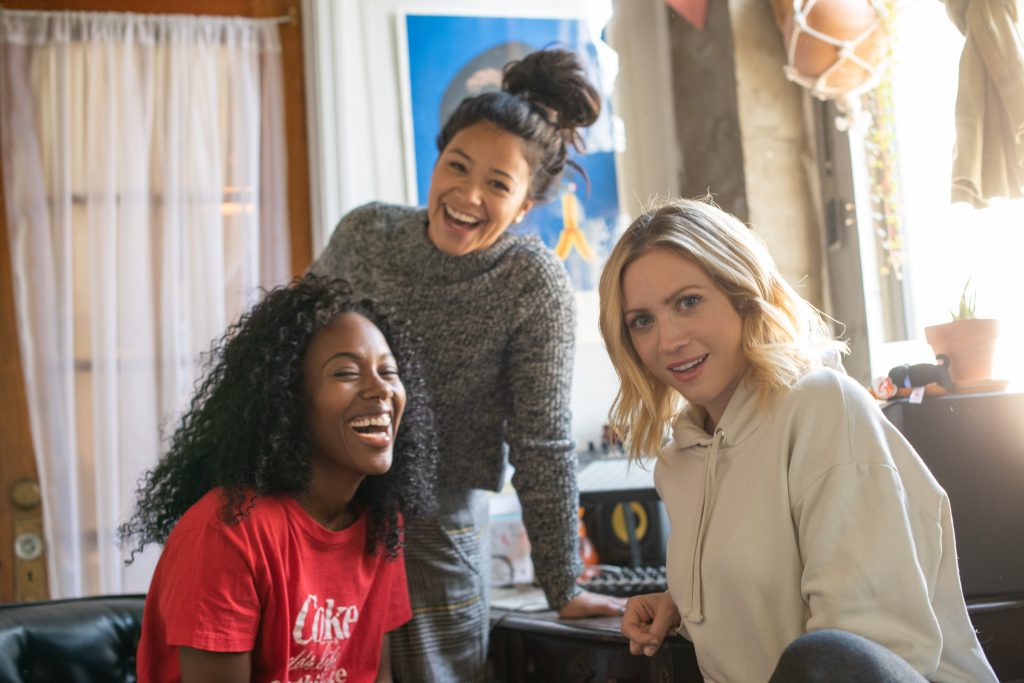 BT: Jen is obviously a very gifted and intuitive writer, and you’re all such talented comedic performers, so I’m curious if any of the film was improvised.

BS: Jen is such a talented and funny writer. She would write these funny bits and then was confident enough to let us do our own thing within those bits. So for the Say Anything scene, for example, what was on the page was that I was ballet dancing in the background of DeWanda talking to her girlfriend, and I made it so that I was ballet dancing with a glowstick. Then Jen and I came up with the whole headphone bit together. And the great thing about Jen is that she’s a great improv writer and can really work on the fly, so if me, Gina, or DeWanda came up with an idea, Jen was able to work more funny bits around that. So we made it our own and there was a lot of improv, but the jokes are all Jen because she’s so funny. 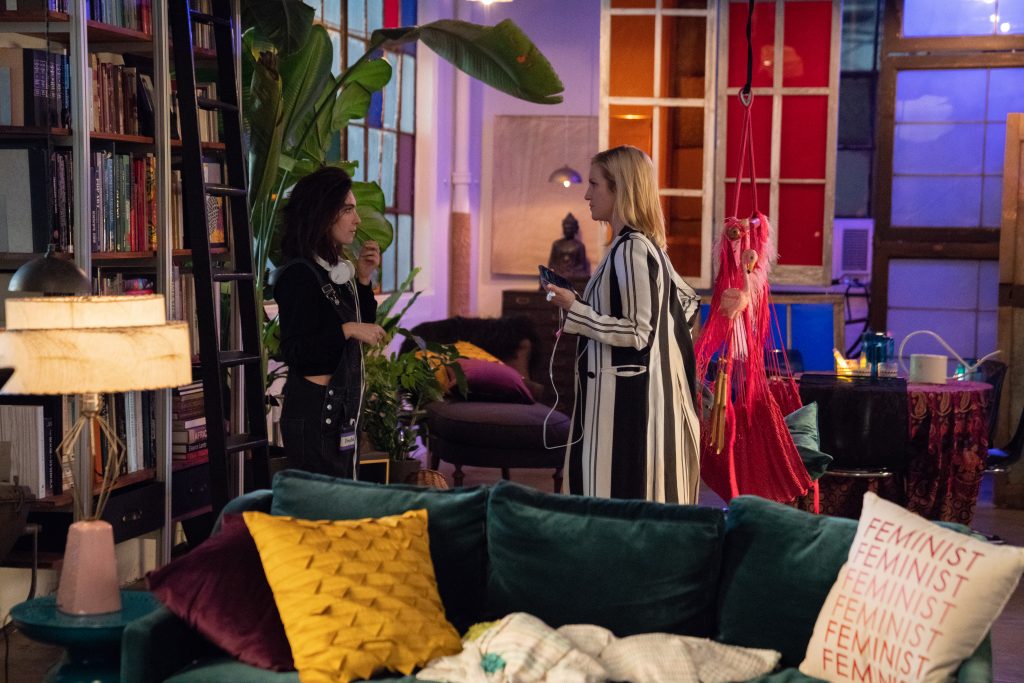 BT: Did you have a favourite moment or scene to shoot?

BS: The glow stick scene was really fun, getting to dance around like I was on Molly. There’s this guy named Jaboukie (Young-White), he writes for Atlanta and he’s this really amazing writer, and we go over to his house and basically all of his stuff in that scene is improv. We really had to stop ourselves from laughing, so that was a really fun scene to shoot as well. Probably the Neon Classic scenes too, because we got to dance and do whatever we wanted. The movie itself is just tons of fun. You can see that while we were filming it we were actually having that much fun doing it.

BT: What did you like best about working with and then later promoting the film with Gina and DeWanda?

BS: We all genuinely love each other and we have so much fun together. We support each other and I value those women and their intelligence so much. These aren’t women who are just sitting around and letting projects come to them, they make their own projects, and it’s really inspiring to be a part of a group of women that I really respect. Promoting it with them has been so much fun because we did this tiny movie in New York almost a year ago, and the fact that people are really liking it and gravitating towards it has been really cool to watch. 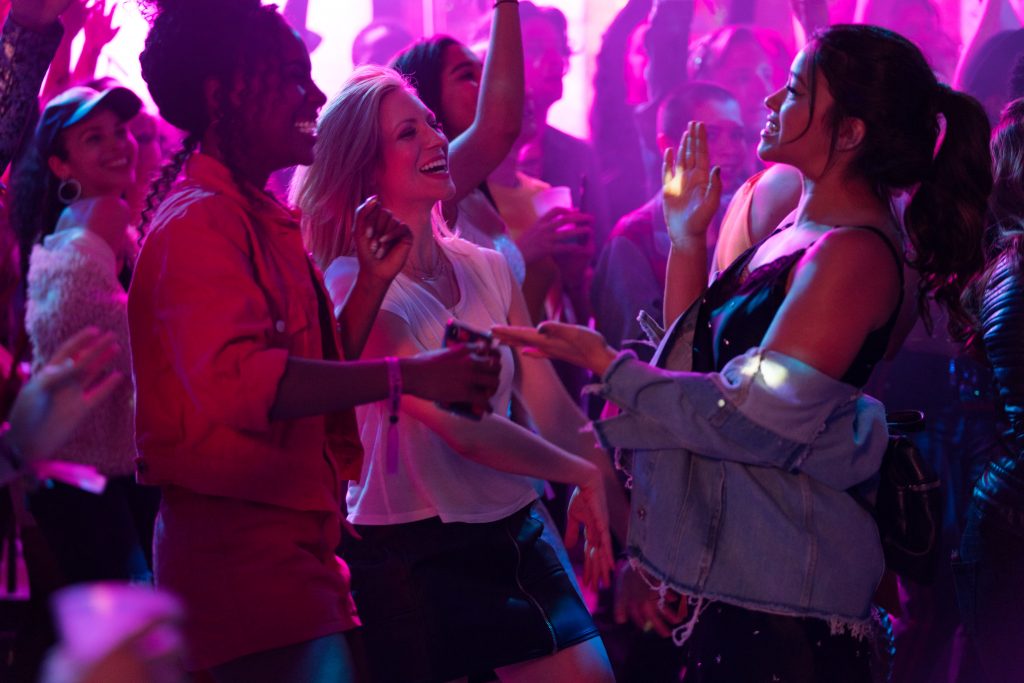 BT: I appreciated that the men in the movie also grow up in a sense and are accountable for their choices. You have some very memorable scenes with Peter Vack and Alex Moffat. What was it like to work with them?

BS: Oh my gosh, Alex Moffat is a bonafide genius. Of course I’d seen him on SNL, but I just loved him as a person. It was so much fun working with him! Jen could have put all of his improv into the movie but it probably then would have been two hours too long. He did so much improv-ing and he made me laugh so hard! I don’t think I’d ever not held it together in a scene before more than working with him because every take he would do something different and he would completely catch me off guard. I felt so unprofessional because he was just so funny. And Peter is the sweetest guy too, he’s such a sweetheart, and we got along so well. So I was really lucky to work with these really great guys that were very generous actors but also really funny, and I really think Alex Moffat should be the biggest thing in the world – he’s so insanely talented.

BT: I feel like you’re a very generous actor as well. Who have you enjoyed crafting scenes with in the past who you’d want to work with again?

BS: I just finished a pilot for Fox, (Sisters), that I really hope gets picked up where I worked with Timothy Hutton. He’s a legend, obviously, but is one of the most generous and giving scene partners. On my side, on my coverage, he gave me so many things to work with and to play with. We did a couple of scenes the other day where he started yelling at me for no reason because he knew that was something that I needed to feel in order to get to a place in the scene that I needed to get to. Little things like that, that were intuitive in terms of what I wanted and how he could better help me. That’s just something that is so rare in terms of working with a scene partner. He’s a legend, so it’s no surprise, but that’s someone who I definitely admire. 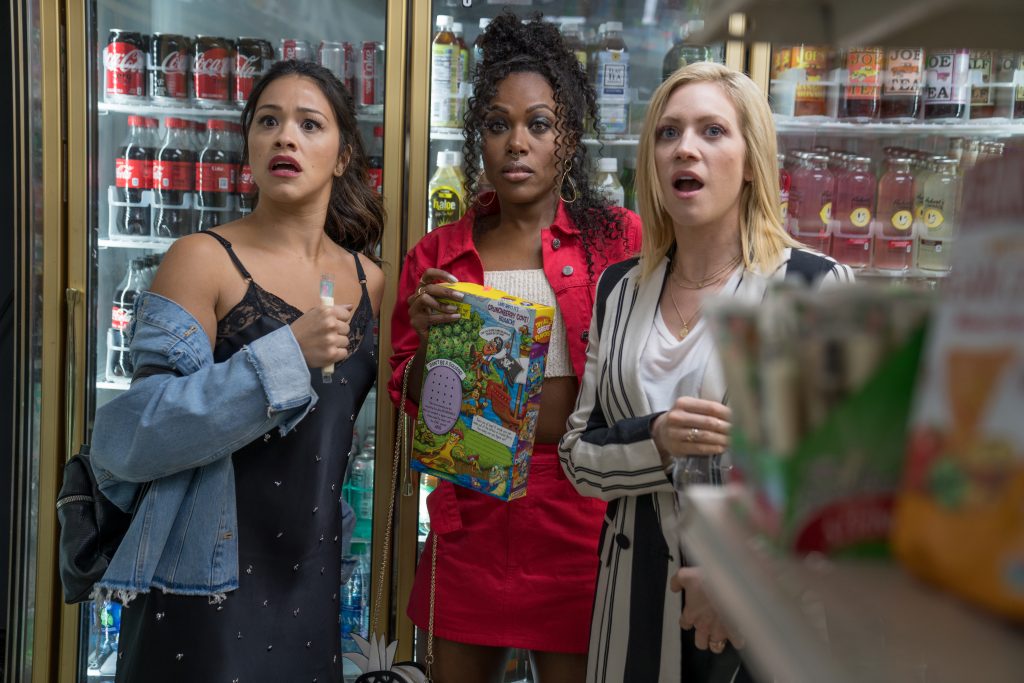 BT: You’re such a fascinating performer because you have such range in your performances and the characters that you play. How do you determine your projects?

BS: I guess my career has been a bit all over the place if one were to look at it from a macro view. I think it really has to do with my own personal life in terms of what I pick. Sometimes I really want to get into a part in terms of what I need to explore in terms of myself, or sometimes I just want to have a really good time, and it kind of comes and goes, weirdly, with what I’m going through in my life. Even if I don’t necessarily think of it, it always seems to happen that way where I do the movie that I need to go through that thing in order to find something out about myself. I always pick things that I haven’t done before, in terms of character, and I really like that I get to do comedy and drama and broad comedy and indies. I never want to be pigeonholed into just one thing. It’s interesting that the most popular things that I’ve done all seem to be in the same category, but I try to do indie movies that I love in between the broader things.

BT: Is there someone great that you look to in the industry and in your personal life to stay grounded?

BS: In my personal life, my fiancé is my best friend and definitely my role model who I think is just the most kind and generous and genuine person. He’s so selfless that it makes me want to be a better person. In terms of my professional life, I really look up to Amy Adams because she’s so kind and has always gone out of her way to talk to me and make sure I’m doing well. I try not to fangirl over her too much but she’s been such an inspiration to me for so many years.

BT: Speaking of fangirling, have to ask, is there going to be a Pitch Perfect 4?

BS: I don’t know if there will be a Pitch Perfect 4. I feel like I would know and I’ve never heard anything about that.

Someone Great is now streaming on Netflix