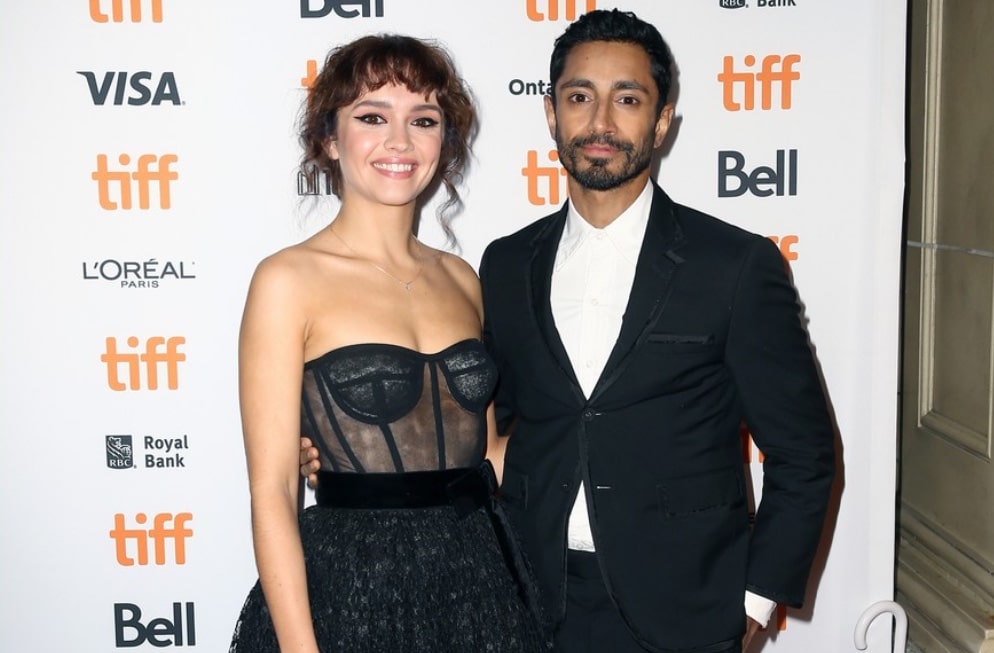 Watching and listening to Darius Marder’s Sound of Metal was an incredible experience at the festival. At the heart of the film are phenomenal performances led by Riz Ahmed, who is mesmerizing as Ruben Stone, and Olivia Cooke, who is genuinely heartbreaking as his girlfriend and bandmate.

When we sat down at TIFF in 2019 with the lovely thespians, they were both really well-spoken and it was a pleasure hearing from them. Sound of Metal is one of the best films of the year and the following is taken from two intimate interviews conducted on the rooftop of a Toronto hotspot.

Brief Take: At the premiere, you described this as a life-changing role, giving you the perspective that people shouldn’t live in their bubbles. What was something that you learned about yourself from this experience?

Riz Ahmed: I think every role that you do is life-changing because acting at its best is an opportunity to work through aspects of your own life, your own personality, and at the end of that process, you may gain some complexity, in the element of yourself, or you may unpick a knot from yourself. I think that’s what drives the creative instinct often is to untangle things within your sense of self. That’s why I’ve always written lyrics, for example.

I think that what was significantly powerful about this experience was that it was such daunting and immersive preparation. It became so clear at a certain point that things would essentially be out of my control. There were too many factors, there were too many things on which to get on top, to attempt to control and nail and slam dunk. The cards were going to fall where they were going to fall. There was a level of acceptance and surrender and submission to that, which was new to me, I’ve always been someone who overprepares and always been someone who thinks through their choices. And listen, there are good things that come from that, but I think I’ve personally found that I was reaching a place in my work in which I was pushing up against the limits of that approach and the frontal lobe approach. I think in this process of basically being pushed so far out of your comfort zone – drumming, drumming – you can’t play the drums from your frontal lobe, you have to go from an instinctive, deep, primal place, you can’t communicate even in sign language from the frontal lobe, because it forces you to remove the mask of words and to communicate with your entire body and express and emote in a much more physical way.

It’s the only thing pushing me out of my quick comfort zone, pushing me out of my frontal lobe and my thinking brain, so many things about which to think, such little time in which to shoot meant that I had to surrender to the process. I think that’s what I took away from this experience is understanding the power of surrender, facing the power of vulnerability as an actor, and I think that’s interesting because that’s also what the film’s about, right? The film’s about surrendering to circumstance, the film’s about trying to find strength in your vulnerability. And it’s weird, I find that anything in which you ever act, the process you are going through as an actor to deal with that role always ends up mirroring in some way the journey of the character in that story. That’s the way it was quietly life-changing – it was about surrender.

BT: Olivia, did being able to contribute to this film musically open something up for you?

Olivia Cooke: Yeah, it kind of did, especially in terms of the song at the end with Mathieu (Amalric), the French song which was really beautiful to perform with him in tandem, I think that it does. It’s a different form of vulnerability, isn’t it? I don’t know about you but when I go to see a concert, or if I’m seeing a piece of theater that has someone singing in it, I just burst out crying because it feels like it’s coming from such a guttural place that it makes me really, really emotional. I think that music has that amazing ability to…it’s like a sixth sense, it feels so sensory, you’re able to smell, you’re transported to a different place than when you first heard that piece of music or the way that it can bring on such intense emotion from a few chords, it’s how we respond to that as humans.

BT: Do you have one song or piece of music that has particularly resonated with you?

OC: Oh, umm, Big Ship, Brian Eno. Only because I did a film in which I had to die to that when I was 20 [laughs]. It’s ingrained and every time I hear it, it’s like [making spooky sound] [laughs]

BT: What do you enjoy about working in different media, movies like this and in shows such as Vanity Fair?

OC: It’s strange now because TV feels so heightened. I don’t know if you saw Escape from Dannemora, that felt like a six-hour film! That was incredible and it just feels like you get to explore these stories in such depth that I think is a bit of a gift to the actor and to the storyteller. I don’t know, I wonder if it’s changing when you do a film that it doesn’t feel too rushed now. We don’t get to go as we’d like as in-depth, unlike this film, actually, because it’s an endurance test. I feel like the crossover is so blurred now between tv and film.

OC: I really do miss waiting weekly for an episode, I really do miss that, because you miss that weekly excitement and finding out what’s going to happen. In this time everything is so digestible so quickly and then you forget about it. It’s a little bit sad for me. I do love the water cooler moment in which you’re like: “Did you see that thing on TV last night? I can’t wait for the next episode! Why did that character do that?” and you don’t get to do that. You’ve received all of the information and then you have one conversation about it afterwards. Then you’re fed season 2, what, 6 months later? You know, we’ll see.

BT: What would you say is the throughline in your career?

OC: I don’t know! It definitely feels like I go from job to job, I don’t really see a throughline. I think I’m quite an emotional person and I think that it feels oddly masochistic, really cathartic to have all of this emotion come through the prism of me with these characters. To be able to do that is a little bit like therapy, in a weird, quite selfish way, because I’m like “you can watch this”. But yeah, I don’t know, I think that maybe in that short while, well, seven years that I’ve been working as an actress, I feel like that’s what I have best been able to access.

BT: Do you see it as a continuum or is it more like different times, different places?

OC: Different times, different places, because I think that we can all relate to this when you go through different things in your life and sometimes you’ve only got so much to give or you’ve turned the switch and you’ve only got this other part of yourself to give. And sometimes I think, like this one, you’re in a bit of sweet spot in which you’re just like “have all of me”, and this is what you’re gettin’. 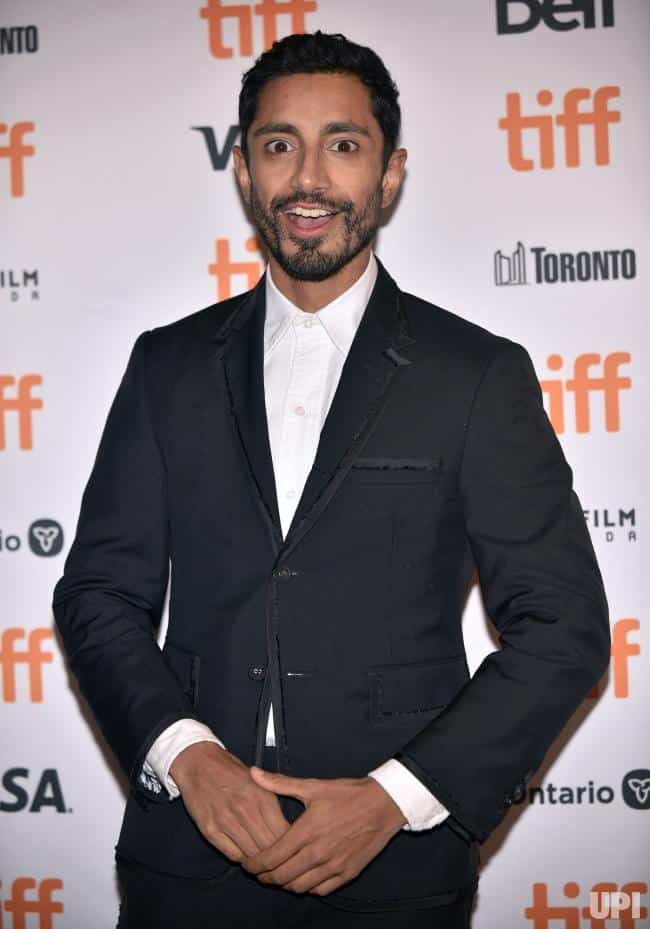 BT: Riz, you give immersive performances in many different genres. Is there a throughline for you?

RA: You know it’s interesting, they say restrictions force innovations? I think maybe part of why I have been lucky in being able to take on some interesting roles, varied roles, is in a way, because of the obstacles faced by a person of color or someone of my background, someone of my class. All those things which mean that you adapt – you actually adapt to be more adaptive. And that has done two things: 1. I think it’s forced me to be more of a chameleon. I think that growing up actually did that to me as well – being forced to inhabit different versions of myself: working-class Pakistani, educated at Oxford, skipping class to hang out with my friends, in the Asian kind of world in the streets of North London. It’s kind of like when you’re told you don’t belong somewhere, you’re forced to become a chameleon growing up, and I think that’s similarly happened to me as an actor, so that’s one thing.

And after you’ve done that for a while, been a chameleon, and you realize that you’re a good contortionist, that you’ve got a flexible spine and you start wondering: can I stand up straight? Will the room make room for me if I stand up tall? And I think that maybe, I’m 36 now, maybe I’m just coming to a different point in my life in which I am experimenting with standing up straight and not wearing the masks that may have been required of me as a character actor at different times. I think maybe if there’s any pattern, I don’t know if there’s a pattern, but I’m certainly excited about actually bringing more of myself to my work. The thing that doesn’t exist in culture and art is Cameron Bailey. Is there a Cameron Bailey character for which you can think in film and tv? The next time you see a character like me, the me you’ve sat with here or Dev, Dev Patel, and actually realize that perhaps the way to stretch culture going forward which is and has always been my guiding mission to stretch culture. Perhaps the way to do that isn’t to bend and contort and stretch myself into different spaces allocated for me, it’s actually to be my full self. So I think maybe what seems sentimental is a real decision to go just get naked. [laughs] You start off with something intellectual and end up with nudity. [laughs] So that’s my arc, really of my career. 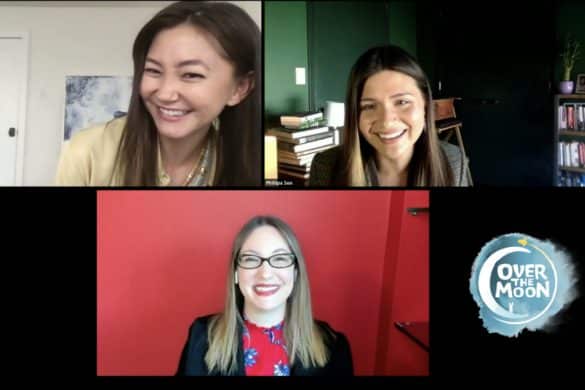