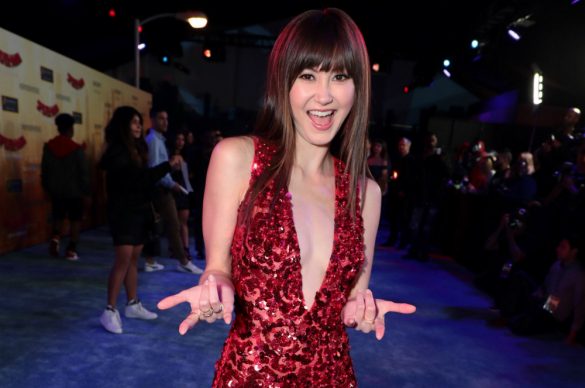 In our recent phone conversation, Kimiko Glenn exudes intelligence, warmth and positivity. It’s no surprise then that these traits also shine through in every character that the singer-actress has portrayed, from her voiceover work on BoJack Horseman and Voltron to her very memorable character Harlow on the award-winning Liza on Demand, to her brilliant performance as Brook Soso on Netflix’s Orange is the New Black. This weekend, Glenn can be heard in the critically acclaimed animated film Spider-Man: Into the Spider-Verse as Peni Parker, and we urge everyone of all ages to go out and see the film in theatres.

The following is a condensed and edited version of our phone interview with the multi-talented Kimiko Glenn.

Kimiko Glenn: It was great! My Mom was there and my boyfriend was there and it was very special. Everyone was there so in every big moment happening on screen, people were almost screaming and happy for everyone involved. But I really think that’s how the movie will be received everywhere, well maybe not loud applause after every name in the credits [laughs], but do think the movie will be received well because it’s kind of epic and groundbreaking. I don’t know how many times my boyfriend turned to me and said “this is amazing! this is so good”. That was lovely reassurance because I also felt the same way watching it. It’s also important for people to see it in theatres because part of the magic was seeing it on a big screen. You feel empowered and inspired afterwards, and it leaves you wanting more.

KG: I mean I know there’s a sequel in the works, but I don’t officially know much else. 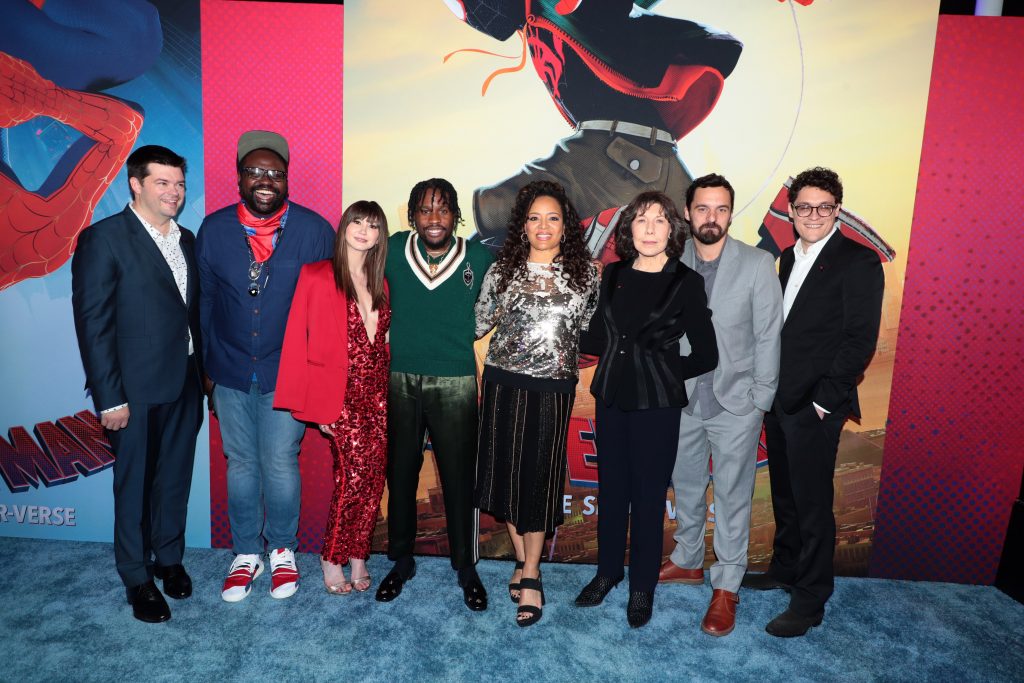 BT: For people who haven’t seen the movie, tell me what the movie is about.

KG: It’s a take on the classic Spider-Man, except the main Spider-Man that we follow is Miles Morales, who’s part African-American and part Puerto Rican American, so he’s an unlikely hero and we haven’t seen that before. It also differentiates itself from all of the other franchises in that it’s an alternate universe, a spider-verse, where there are these special friendships with other Spider heroes, and there are a group of villains that you don’t normally get to see together, and they go head-to-head and fight each other. I think the interactions in the movie are really cool and the characters are cool too. There’s Spider-Ham, Spider-Man Noir, Spider-Gwen, there’s my character of course, and Peter Parker and we’re all just trying to figure it all out together. None of us naturally have these amazing kind of abilities, yes we all happen to have been bitten by a spider, but with great power comes great responsibility, as the saying goes. So it’s fun because you can see the struggle to deal with that responsibility in all of them. And for audience members it’s important to see a Spider-Man of a different ethnicity. It’s important that young ethnic kids can watch it and think “I can also do that and be whatever I want.” Spider-Man worked for a number of years for a certain audience and now we’re expanding that audience to include everyone, and I find that really exciting.

BT: You’ve done a lot of voice work recently, from this movie to BoJack Horseman to DuckTales and Voltron. What do you like best about doing voice work?

KG: I like the expression of it because you can be as big or as small as you want. In one sentence you can be screaming and doing the craziest things. I did these sequences in Spider-Man where it’s just a series of grunts and then I’m punching someone or kicking or running, so it’s just a bunch of panting noises. I don’t think people realize that’s what goes into making an animated project. But I have the most fun just messing around with all the different ways you can do things. Also, in a lot of animation work that I do, I get to sing, so that is really exciting for me as well because I’m a singer.

BT: Each of your roles are so different and you have such range in your performances. Is there a particular role that you’re recognized the most for?

KG: Orange (is the new Black), for sure. In terms of fan reactions, I don’t ever know what to absorb and what not to, you know? At the time I wasn’t well known to people, so it was an interesting experience in terms of what to take in and what not to take in. In the first season that I was on, I received a lot of “you’re so annoying” or “God, I hate your face”, so I had to put my guard up. Then from there I wasn’t sure how to take the comments because were they just saying nice things because I was in front of them? I have a hard time absorbing compliments. I know she had an impact on the LGBTQQIP2SAA community. 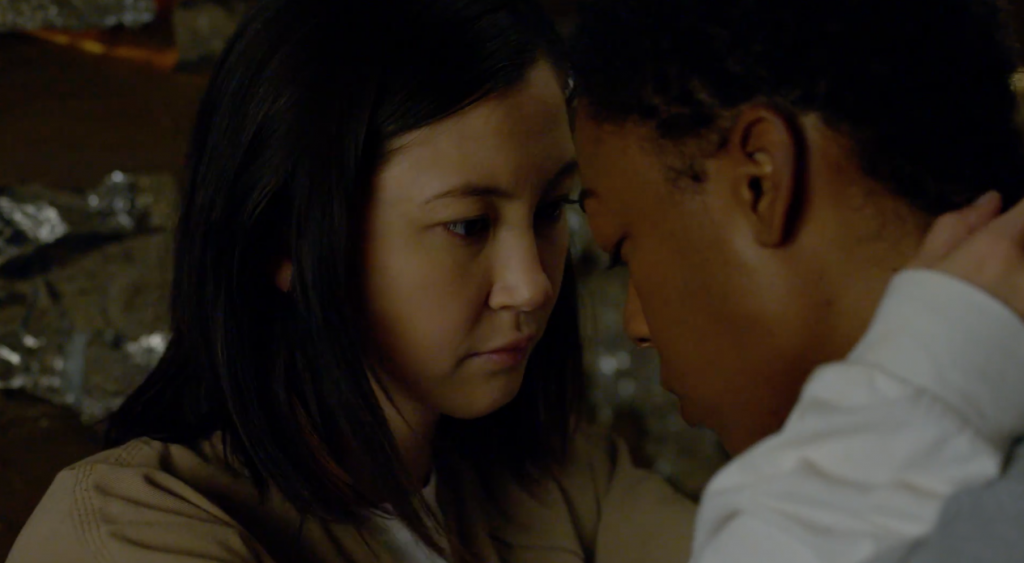 BT: Who are some of your role models?

KG: My parents. My Mom has so much patience and I think my Dad is one of the smartest people in the world, so I try to be like them. My Dad is supportive no matter what I do. He always says “at the end of the day, I just want you to be a good person.” So I’ve always looked up to them, and in my daily life I just try not to be a bad person. I consciously try to put in the effort to be a good person because it just takes one person to inspire people, and we need that right now. We need more love to be passed around and more encouragement in the world that we live in.

BT: What’s been your favourite aspect of this entire Spider-Man: Into the Spider-Verse experience?

KG: I can tell that this is going to be a really meaningful film to a lot of people. I think people are really going to be into this. It’s really well done. I wish that as a kid I had a movie like this where I could have seen characters like this that I could have looked up to or related to. I think kids these days are really getting the good stuff.

Spider-Man: Into the Spider-Verse is now playing in theatres everywhere!