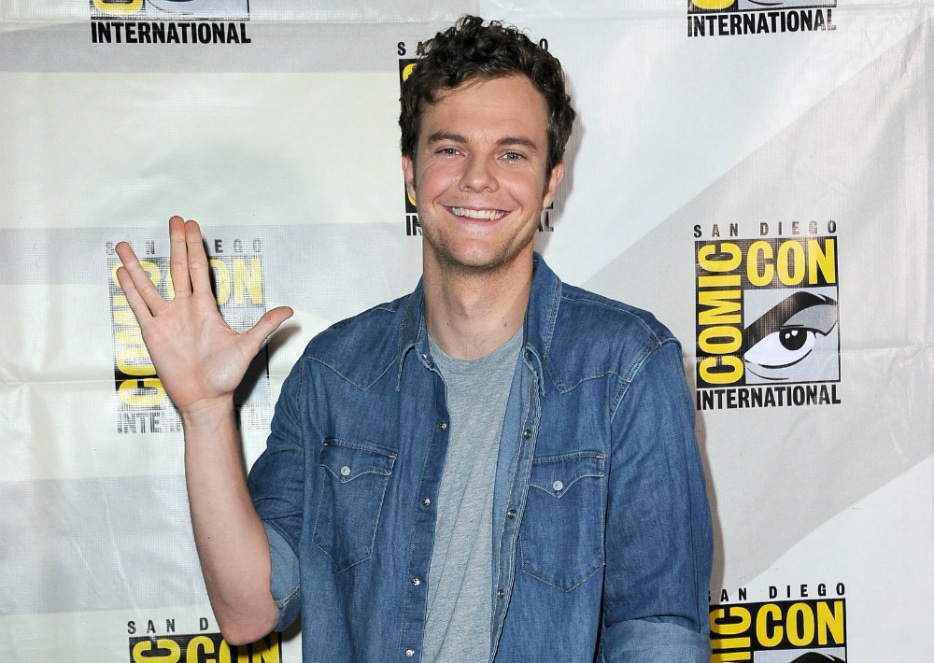 As a huge fan of his portrayal of Hughie on The Boys, and of course his work in Vinyl and Logan Lucky (amongst many others), it was a thrill to be given the opportunity to chat on Zoom with talented actor Jack Quaid, whose most recent stint is voicing Ensign Brad Boimler on Star Trek: Lower Decks. We spoke about his familiarity with the Star Trek universe (his Patrick Stewart impersonation was spot-on), what he’s been quaranstreaming, and much more.

The following is a condensed and edited version of our Zoom conversation.

BT: I’m curious what your familiarity was like with the Star Trek universe prior to signing on to this show, and when you booked the role, did you read up or watch more of it in order to learn more about it?

JQ: Yes! I read up and I watched specifically a lot of TNG because this show takes place in that era and that’s Mike McMahan’s biggest influence in this world. I was a really big Star Wars fan before this all started but now I think Star Trek and Star Wars are kind of equal in my mind. [laughs] There’s just so much there. I love how it’s a universe where Earth is real and it’s our future, it’s the aspirational future that we want. I think it shows that a lot is possible in terms of the diversity, the inclusion, how in the future they’re over bigotry and warring with each other, at least warring with humans, and I think that’s so cool. I love that it’s not a galaxy far, far away, it’s very close to home and you can learn a lot of lessons from that. I think my favourite episodes that I’ve seen so far of The Next Generation have been ‘The Measure of a Man’ and ‘Chain of Command Part 2’ with Patrick Stewart being interrogated by the Cardassians. Like [in Patrick Stewart voice] “there are four lights”, the acting on display is incredible and the show still holds up all these years later. I just want to thank Mike McMahan for making me a super fan. There’s always more I can learn but I’m just so happy to be a part of this universe now, knowing even more than I used to. 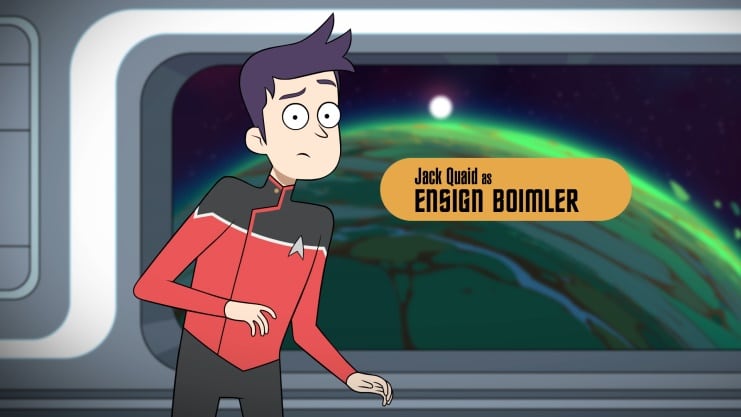 BT: I just spoke with Mike and he’s a big fan of your work on the show. What was it like collaborating with him?

JQ: Oh amazing! I’m a big fan of his work as well! Rick and Morty was just, still is, one of the greatest shows ever. And Solar Opposites, when it came out this year on Hulu, I binged it so fast. I might binge it again. I love his comedic sensibility and also he’s just the nicest, friendliest guy. I came into this project having seen the J.J. Abrams movies of Star Trek and maybe a few episodes here and there but he was the one recommending certain episodes to me. He really tried to include me in the world as much as possible because he knew it would help me as an actor to understand what we were referencing or why Boimler finds certain things so important. I’m proud to just call him a friend at this point. Me, him, and Tawny have gone out to a few dinners, you know when we could, [laughs] and we weren’t stuck inside. Especially for a cartoon, when you’re only really in the room recording for about…you know you go in here and there, you know I’m not always around the cast because of just the nature of the medium, but it really does feel like a family and I attribute that to him. Everyone in the cast and everyone working on the show has been the nicest, most talented people and I feel really lucky to be a part of his crew.

BT: You mentioned previously that Bones was one of your favourite Star Trek characters so I have to ask, did you chat with Karl Urban about being a part of the Star Trek universe?

JQ: Oh man, yes I did talk to him about it. [laughs] He’s happy for me. A fan pointed out recently on Twitter that Karl now outranks me in two universes and that is so funny to me, [laughs] because it’s true. [laughs] But he’s super excited about it and he couldn’t be more supportive. I think I told him and Simon Pegg at the same time, which is such an interesting thing. I didn’t want it to come off as “hey, guess what? I’m in your universe”, but I just thought it was a cool thing and they’ve both been super supportive and excited for me. I can’t thank those guys enough, they’re awesome. 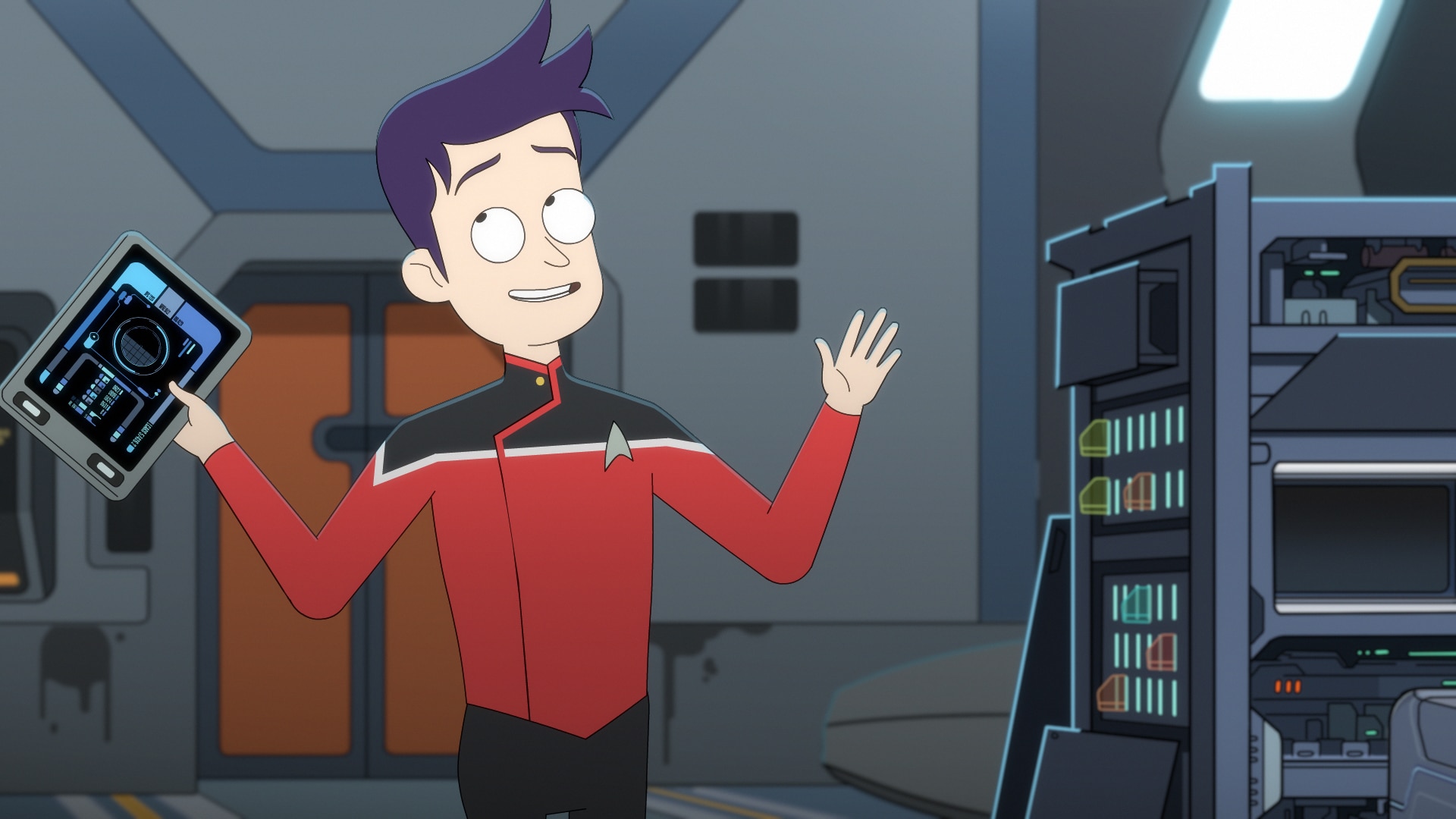 BT: What have you been quaranstreaming?

JQ: Ooh, I May Destroy You on HBO is awesome, so incredible. I’ll Be Gone in the Dark, the documentary about Michelle McNamara, which is incredible. I’ve been binge watching some TNG. It’s weird, in quarantine you watch so much stuff and when people ask you what you’ve been watching, you forget about it immediately. What We Do in the Shadows and I’ve also just been watching movies I’ve never seen before. What did I watch the other day? The Guest with Dan Stevens, which was such a good movie. I’ve been watching a lot of stuff! Oh and Avatar: The Last Airbender the show, it’s incredible. Shout out to Canada, one thing I have been binge watching for awhile is Letterkenny. It is one of the best shows out there, I love it so much.