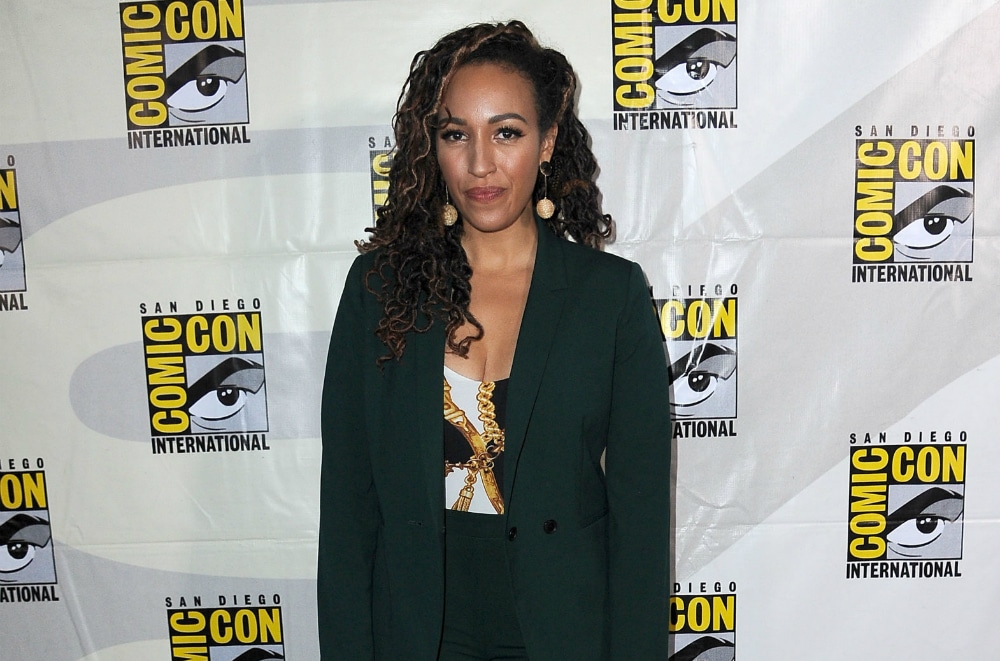 Actress/podcast co-host/improv comedian/musician and all-around lovely human being Tawny Newsome can now add sci-fi It girl to her long list of accomplishments. In the past year, Newsome has given layered and fully lived-in lead performances in Netflix’s Space Force, the second season of CBS All Access’ The Twilight Zone, and now as Ensign Mariner in Mike McMahan’s loving ode to all things Star Trek, the animated comedy Star Trek: Lower Decks. As part of the recent CBS All Access press days in support of the fabulous new series, we had the opportunity to chat with the delightful Tawny Newsome and the following is a condensed and edited version of our phone conversation.

Brief Take: Hi, Tawny! How are you doing today?

Tawny Newsome: I’m good. How are you?

BT: I’m good. So I’m curious, what was your familiarity with the Star Trek universe before you signed on to this project?

TN: I was a big fan before. Deep Space Nine was my favourite of the franchise but I grew up with the ’90s trifecta. I was less familiar with the original series, but my parents are both big fans so they were able to fill in a lot of gaps for me, especially from the original series. I was a young kid at the time so even The Next Generation looked a little older to me. So to go back and watch the original series, you know as a kid you don’t want to watch anything that looks too old, it just creeps you out. [laughs] So now, if anything I’ve gone back and watched a bit more of that series just to get more familiar with what started it all.

BT: What were some of the gaps that your parents filled you in on?

TN: I mean my Mom is obsessed with Enterprise, that’s her favourite series, so she filled in some gaps from there. I had seen that one but I hadn’t finished it. So I went back and finished Enterprise. My Dad shares my love of Deep Space Nine but he had a better memory when it came to certain ins and outs with the Dominion and different rules that the Bajorans followed, and things like that. So I’d have jokes and references in the Lower Decks scripts that I’d usually just ask Mike McMahan on the spot, but sometimes it was fun the next time I had to talk to my parents and kind of mention or hint at some of these things and talk with them about episodes that they used to love. 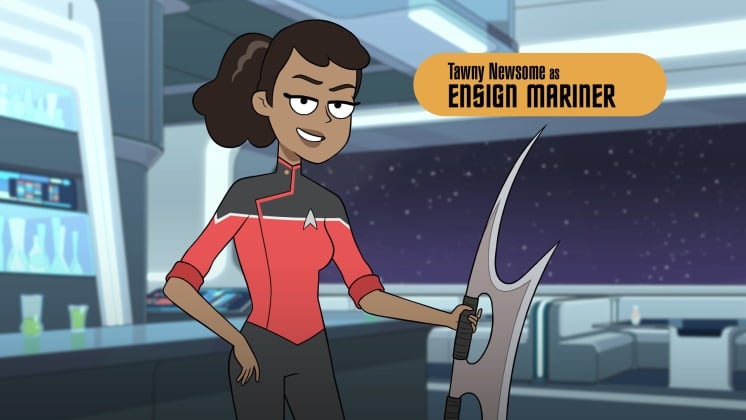 BT: I know you love to travel and ‘explore strange new worlds’, as it were, which is very much like Mariner, but she’s also been compared to Kirk a lot. How did you go about crafting your portrayal of her? How much of yourself did you pour into your character?

TN: A lot. Mike is very down with improvisation, he’s very flexible and loves playing once you get in the booth. So we did a lot of that and I injected a lot of myself into her. Her irreverence, her cadence, although her speed of speech is completely due to Mike McMahan. He’s the fastest talker that I know, [laughs] and he wants all the characters to speak at his level, so you’re just on a slalom, it feels like. But yeah, he very much wanted all the characters to feel like our own so we all got to put things in our own words.

BT: Do you remember some of your improvised lines that you’re really proud of?

TN: Yeah, there were a lot of things. I mean I don’t want to give any spoilers but in the first episode, there are just a lot of little throwaways. The run out at the end where I’m just naming iconic Starfleet officers and asking Boimler if he knows about them. There were some that I had thrown in, a lot of them were scripted, but then there were a bunch that I had thrown in. I always have to throw in Deanna Troi because of The Next Generation characters, she was my favourite. I think I threw that one in. Then a lot of rambling when I’m rambling about pretending to be a Klingon and sparring and stuff, a lot of that stuff was improvised.

BT: Would you say that Troi is your favourite Star Trek character of all time?

TN: I think Jadzia Dax is maybe my favourite. I just really loved her relationship with Benjamin Sisko. That multi-generational, multi-gender friendship was really interesting, especially since I was so young. I had never seen anything like it. I thought it was really rich and just really cool that they weren’t a romantic interest, that’s something that I’ve always really appreciated. That’s something that I love about Mariner and Boimler’s relationship, too. We’re seeing a complicated, supportive, adult friendship between two total opposites who also drive each other crazy. 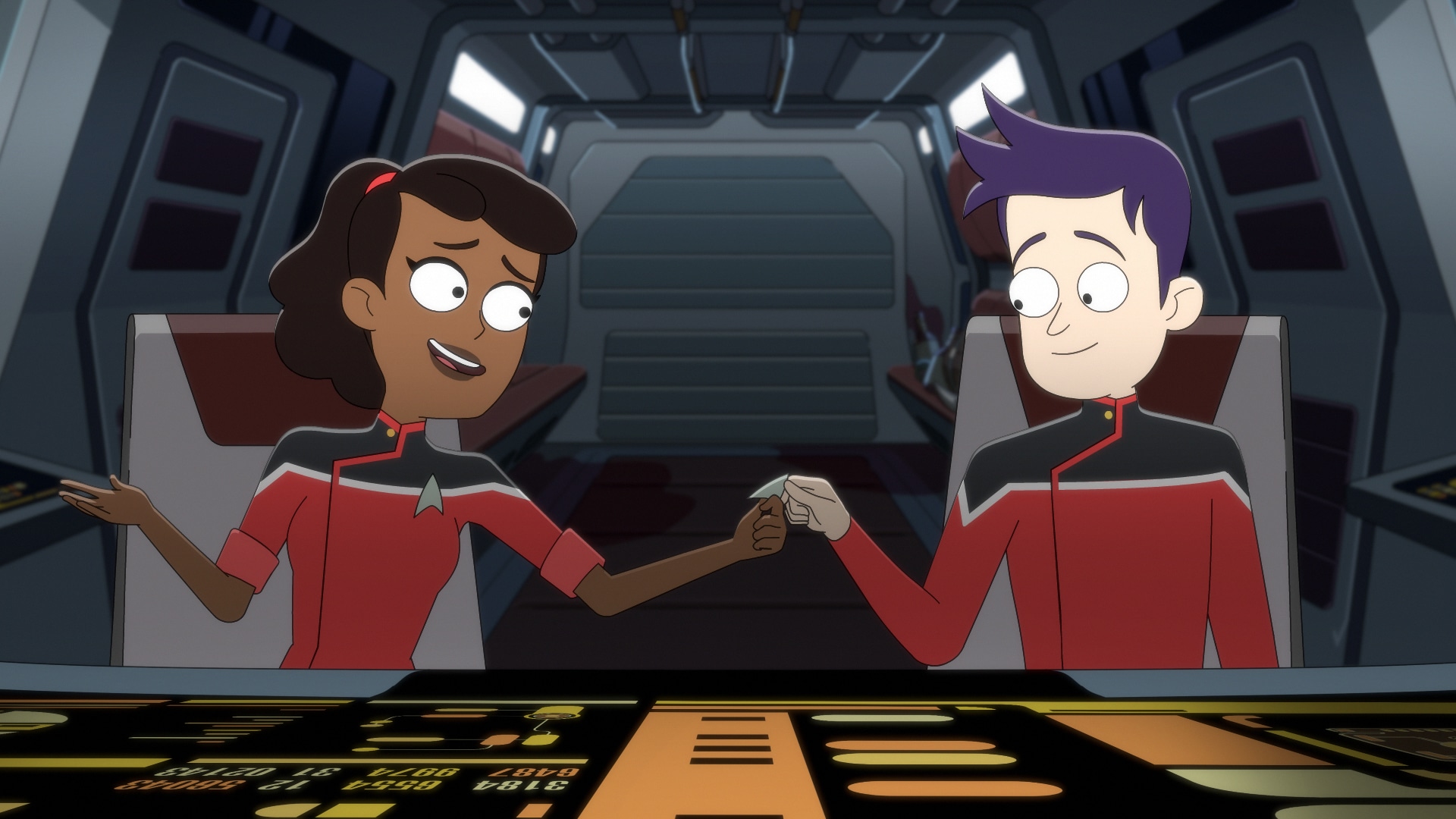 BT: Speaking of Boimler, what was it like working with Jack Quaid?

TN: Jack is great! We have a similar friendship now, now that we don’t see each other because no one sees each other. But we have a text thread with Mike McMahan. It’s funny with Mariner kind of harassing and hazing Boimler because it’s similar to our dynamic in real life, but it is because that’s Mike’s dynamic with both of us, he harasses and hazes both of us.

BT: One of our favourite interviews of all time is Jerry O’Connell because he’s so unfiltered but such a fun guy. What was he like to work with?

TN: Yeah Jerry is a maniac. Last year at Comic-Con, Jerry so kindly offered…you know last year was my first Comic-Con, and we did the big panel in Hall H and it was really cool, a little overwhelming, and I was just going to go back to the hotel and he said, “Oh, you haven’t walked around the main floor? You have to walk around the floor! Here, I’ll go with you so you’re not by yourself.” Which was really sweet and I thought it was a really nice gesture at the time, and then when we did it, I realized “Oh, Jerry O’Connell is a famous person and everyone just wants to take a picture with him.” So I ended up on cell phone picture duty for like two hours while everyone just wanted to pose with Jerry. And he did, he stopped and posed with every single person, which was very sweet.

BT: Last time we spoke, you were super into Homeland and Wind of Change. What have you been watching and listening to lately?

TN: I’ve been working on a lot of music, I started recording an album at my house. I taught myself how to engineer, forced my husband to play drums, and my friend Bethany Thomas came out and quarantined in a little guest house that I have, and we made a big, noisy record. So I’ve been listening to a lot of other musicians that are kind of in the vein of that. I’ve been listening to a lot of Television and Buzzcocks, a lot of proto-punk and garage-y punk stuff. I felt like the first part of quarantine I just wanted everything to be soft and quiet and introspective, and I was listening to weird podcasts about the CIA’s influence over music in the ’80s, and now, at this point in the quarantine, I just want noisy proto-punk I think.