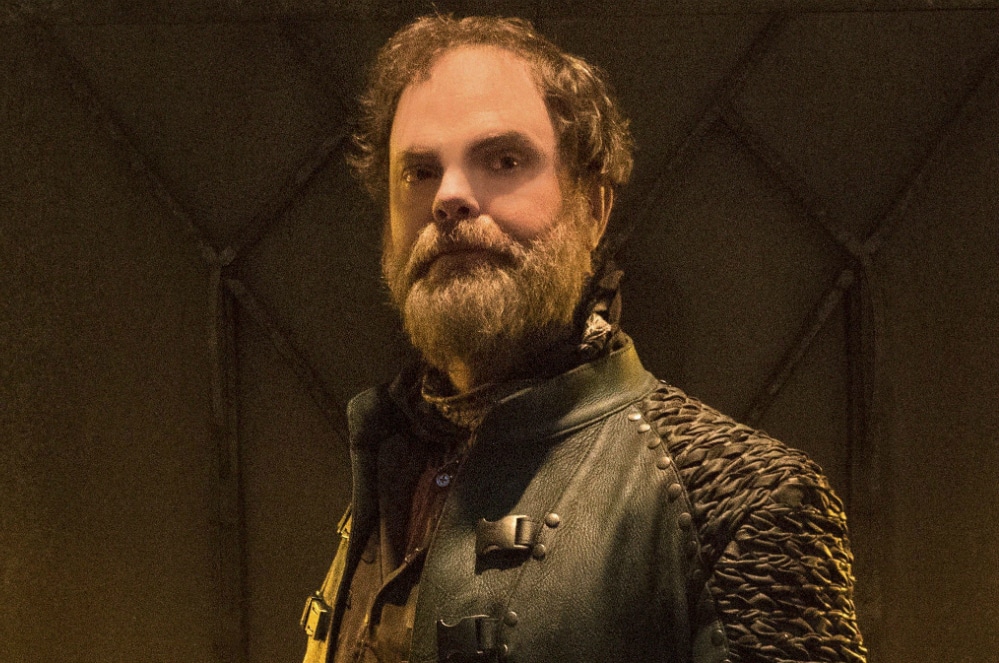 While we very much enjoyed the opportunity to speak with Star Trek: Short Trek‘s Aldis Hodge as well as the formidable Doug Jones, we were definitely hoping that the opportunity would come through to talk to the latest and greatest star (and director) of Star Trek: Short Treks (which is entitled The Escape Artist), Rainn Wilson. The episode centres on Wilson’s Harry Mudd, who holds the distinction of being the most featured character on Star Trek: Discovery who is not a part of the Discovery crew.

Rainn Wilson is a delight as the character(s), who first appeared in the original series played by Roger Carmel. As he continues to do on Star Trek: Discovery, Wilson brings his own personalized spin to the role and to the series in general, and what the seasoned actor has to say about Star Trek in particular is quite fascinating. In fact, this episode is a perfect showcase for Wilson, as well as writer Mike McMahan, EP of Rick and Morty, who will be writing for the Star Trek: Lower Decks. We have a fascination with the chameleonic Wilson, and the following is a condensed and edited version of our chat with the Seattle-born performer, who had us in stitches more than a few times.

Brief Take: How did Rainn the director get along with Rainn the actor(s)?

Rainn Wilson: We weren’t speaking to each other by the end. No, fortunately I had played Harry Mudd a couple of times before and I knew how to play him, so I could focus more on the directing. The acting came much easier to me but it’s always tricky to balance directing yourself and acting in it. There were so many directorial challenges to this particular piece – the visual effects, the special effects, the transitions to and from the flashbacks, keeping the scenes on the Tellarite ship interesting and dynamic, when most of that episode takes place on that Tellarite ship. You want to keep all the feeling of a piece, but at the same time keep it visually interesting. It was really interesting but also super challenging. Hopefully (the audience) is entertained. There are some twists along the way and hopefully they enjoy those twists, and go on a fun roller coaster ride and get to see different aspects of the character of Harry Mudd–who is both comedically sharp and dastardly at the same time. 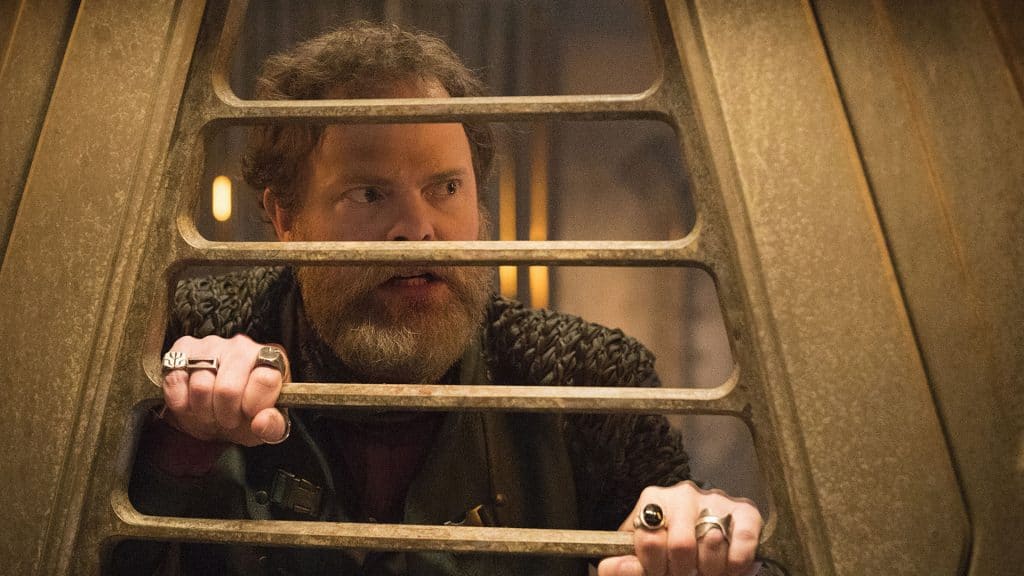 BT: What was it like to first embody this role?

RW: Well I grew up watching the original series and I loved Harry Mudd. To get to be part of the Star Trek universe was just a dream come true. I got to shoot a phaser and get beamed on board and sit in a captain’s chair, so my question as an actor always was how do I really be indebted to the performance of Roger C. Carmel, and at the same time make it my own. So I needed it to feel like a Rainn Wilson character, not like I’m playing someone else’s character. It’s definitely a tip of the hat homage to Roger C. Carmel and his great performance, but I wanted to make things a little bit more edgy and kind of make the comedy work for 2018 (he said 2018 but it can easily be 2019).

BT: Did you find this sort of balance of tone immediately?

Rainn Wilson: It’s just balancing a tone with a character like Harry Mudd is a reminder that Star Trek is also a comedic show, Star Trek: Discovery takes itself a little seriously, but the Star Trek Universe is a funny one. There are straight up comedy episodes, and finding that balance between Harry Mudd–the comedic relief and Harry Mudd–the dastardly villain that will stab you in the back.

BT: You’ve shot several films in Toronto as well as Star Trek: Discovery. How much do you enjoy filming in the city?

RW: I love shooting in Toronto. I shot The Rocker in Toronto 10 years ago and the city has really blossomed in the last 10-15 years. It’s really come alive and become an international, cosmopolitan hub. And I love shooting there–Canadian crews are great, really knowledgable. Canadian actors are fantastic, so very well-trained. Star Trek has created its own little universe up there in Toronto, on its sets and those sound stages. It’s fun going into that world. You walk in and you’re in this whole different Star Trek universe. 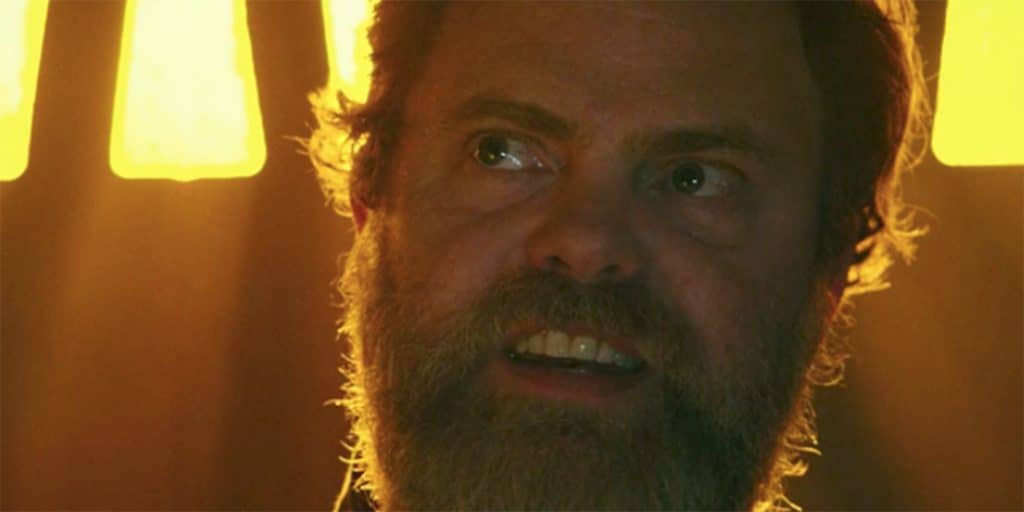 BT: You’ve been featured on this series more than any non-Discovery crew member, like you’re the ultimate outsider.

RW: Exactly, it’s really fun in that sense. It’s really fun to get to be part of it, but to be a little bit on the outside. It’s a dream come true.

BT: You seem to be on the cutting edge when it comes to Star Trek: Short Treks, Room 104–how have you managed to stay on the forefront with the projects that you are choosing?

RW: Well I don’t know what to say, I’ve been really lucky. Since The Office, I’ve gotten to do a lot of really cool, different things. Most people know me as Dwight, but I think that if they dig a little deeper there’s been some really interesting projects of which I’ve been a part – Shimmer Lake, Room 104, this Short Trek – different sides of me as an actor and as a director and performer. I try to keep things interesting for me–interesting and different. 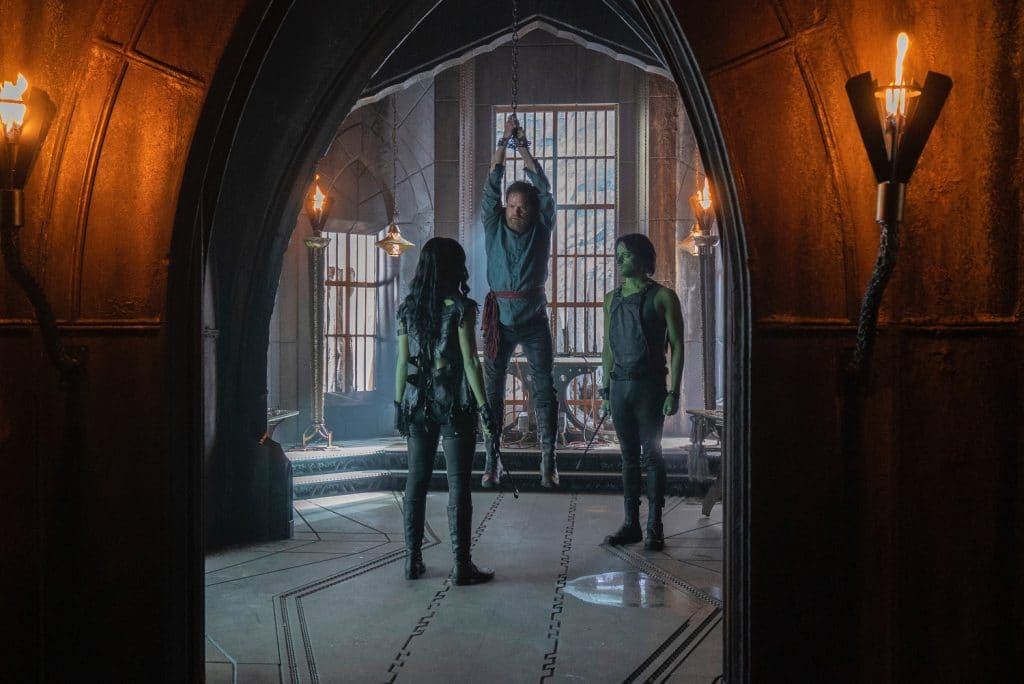 BT: Tell me about your experience at The Office brunch reunion a few weeks ago.

RW: I have so much love for the Office cast and we get along so great. It really was my other family. I mean it was 10 years, 200 episodes with those people. So I just really love them so much and hope some day we get to do something together. Maybe they can all join the Star Trek universe…maybe we can do The Office in space!

BT: To what degree does your charitable side factor in and would you like to spotlight an initiative on which you are working?

RW: My wife and I co-founded a non-profit in Haiti that does arts education and literacy for adolescent girls called LIDÈ, and we have a great time with that. Basically I whore out my celebrity in the States and give all the money to super poor people in Haiti, so it works out pretty great! You know, sell a bunch of Dwight sweatshirts and do a bunch of online fundraisers – signed head shots – and do appearances, and I give the money to some of the world’s poorest people, so it’s win-win. 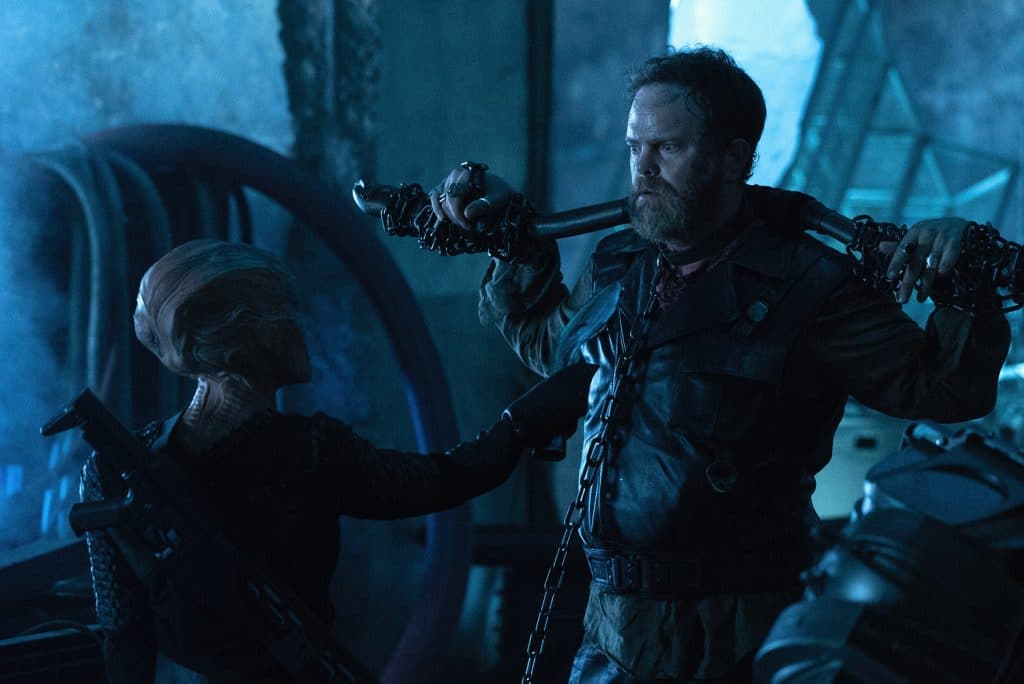 BT: What do you like to stream and how do you want people to watch the episode on the CBS All Access streaming service?

RW: I think streaming services are really the future. I think that more and more they’re just going to be a part of our lives. We pick and choose the ones to which we want to subscribe, and if you’re a Star Trek fan, CBS All Access is a must-subscribe! But I think one of the great things is that you get to see all of these great international shows. Like on Netflix right now, I just got to watch Babylon Berlin, it’s a German show set during the Weimar Republic. Kind of a murder mystery drama, and it’s a masterpiece. It’s one of the best things I have ever seen.

BT: I’m going to put that on My List now, right after I watch The Escape Artist again, of course. It’s really coming out at the perfect time.

RW: It will whet people’s appetites for Season 2 of Discovery, definitely.