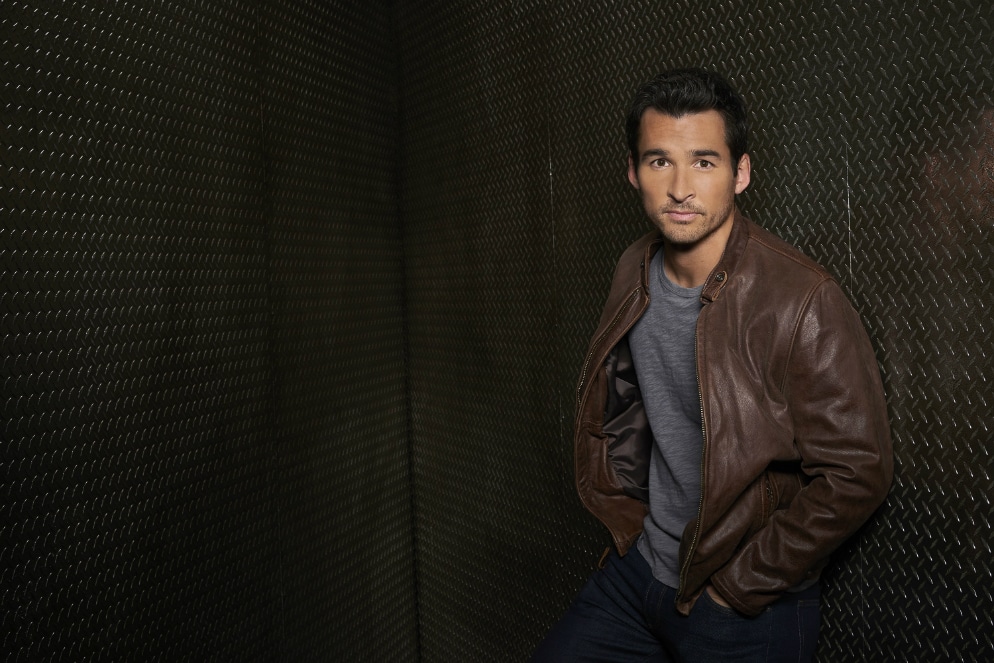 Things are quickly heating up on Station 19, not only in the scorching inferno that the team is about to battle but also in the hot and heavy relationship between Travis (Jay Hayden) and Grant (Sterling Sulieman). In our fun interview with the Shondaland show’s Jay Hayden, he assured us that both fires will be sizzling tonight in the season one finale.

The following is an edited and condensed version of our phone conversation with the charming actor.

Brief Take: One of the reasons that people are hooked on Station 19 is because of Travis and Grant’s blossoming relationship. Fans of the show are so invested in your character’s power couple!

Jay Hayden: The fan response has been overwhelmingly positive and so great. It’s so amazing to get that kind of support and I love hearing how much people love that relationship. From an actor’s perspective, working with Sterling is so great. He’s such a great actor and such an awesome guy so we have a lot of fun working together. It’s fun to see my character do more than just fight fires and be grumpy. [laughs] You will get a little more Grant and Travis in the finale, so fans will be pleased.

BT: The cast overall seem like one big happy family, on and off screen.

JH: It’s kind of crazy how obsessed we are with each other. We are definitely like a family, which I know makes our real families a little annoyed at times. We work a ton of hours together and then we like to play together too, you know? We do a twelve hour day and then we look at each other and say, “should we just go out to dinner now?”. So we are up in each other’s business and I think that’s a really great thing because that’s how firefighters are – you’re a unit with your team and you are family. So we’ve developed something very much like that and I feel very fortunate to have them in my life. 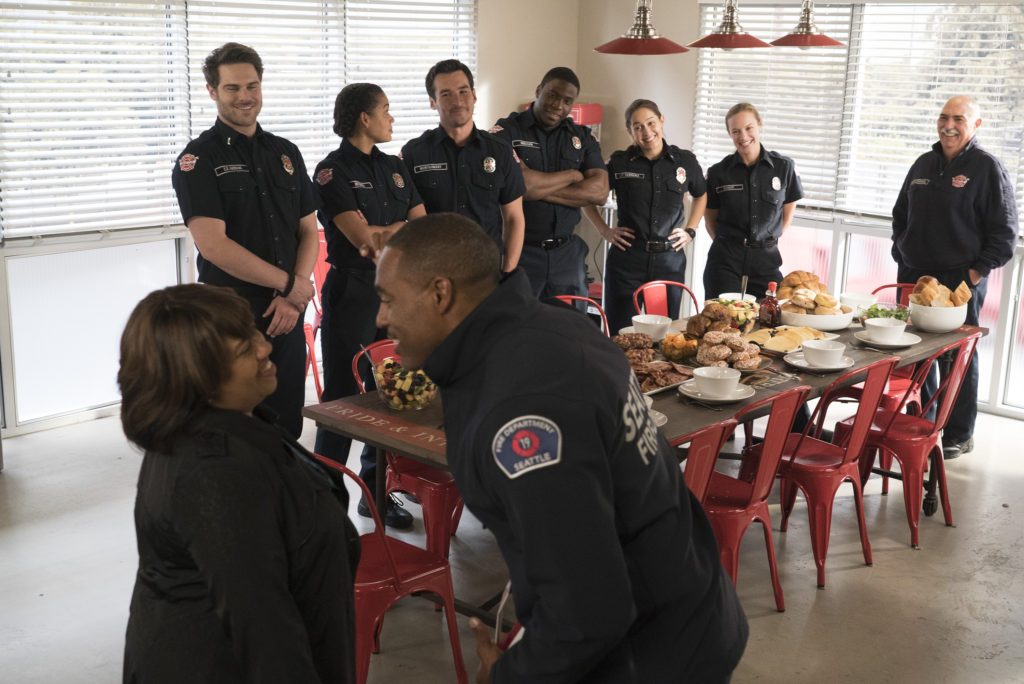 BT: Have you received reactions or responses from real life firefighters who are watching the show?

JH: I have had firefighters reach out to me, yeah. The best was when I was at Disney World with my wife and kids the other day and a couple of real firefighters came up to me, I think they were from the Sacramento area, and they said, “we just want you to know how great a job we think that you’re doing and you capture something that is important to us, which is how much it hurts to lose people”. They said that they deal with life and death every day but it doesn’t make it any easier just because they’ve lost a lot of people. They thought that we conveyed that emotion very well and they really appreciated it. That really meant the world to me.

BT: You have an impressive list of executive producers on the show including showrunner Stacy McKee, Ellen Pompeo and, of course, Shonda Rhimes who you’ve worked with previously [The Catch]. When I spoke with For the People’s Jasmin Savoy Brown, she spoke highly of being on a Shondaland show because she said that, unlike other shows that she’d been on, it was one where she was given the opportunity to collaborate on the creation of each episode. What has been your experience working with Shonda?

JH: You do really feel like you’re crafting the show with her and I really feel like the hood of the Shondaland umbrella covers our show and we march to the same drum as its other properties. When you workshop a scene in rehearsal, we’re all trying to figure it out together. It’s not show up and say your lines, it’s ‘let’s table read this and if there’s anything you want to change, please get in touch with us’. She makes sure that everyone knows what they’re doing and feels comfortable with what they’re doing. I don’t think that’s the case in all productions but in Shondaland, it’s the rule. I feel very fortunate to be part of this project. 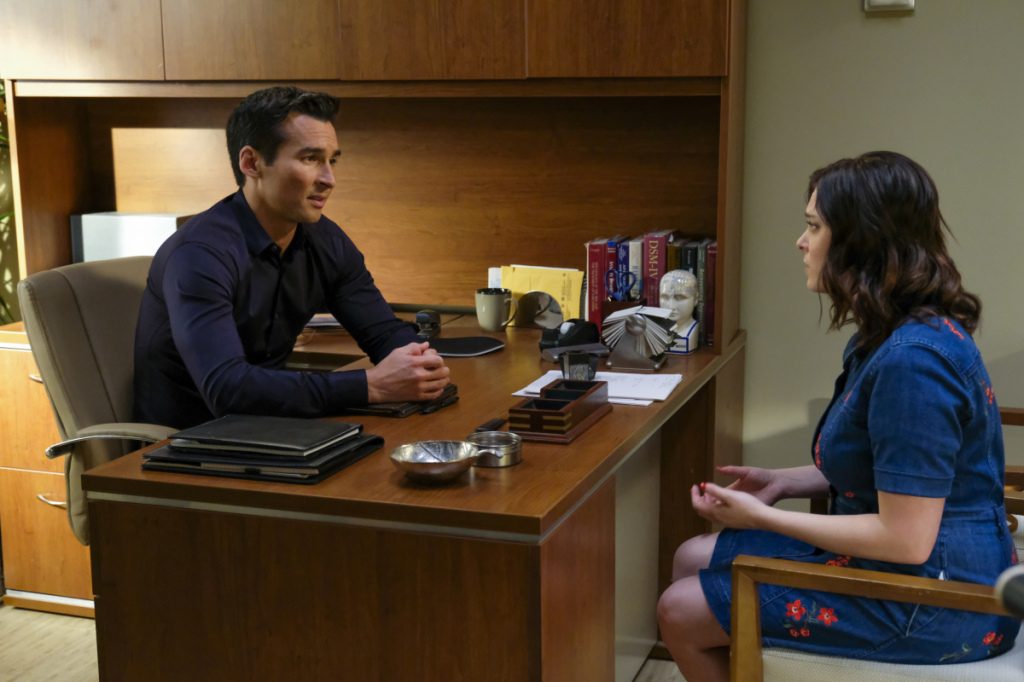 BT: You also played a very pivotal part in the latest season of Crazy Ex Girlfriend.

BT: Yeah! So you’re a total fan of the show, like I am! You got to be a part of the season where Rebecca [played by Rachel Bloom] dealt with the discovery that she has Borderline Personality Disorder. It’s one of the few shows that’s honestly addressing mental health disorders and methods of living day to day with them. What was your experience like working on that show?

JH: Yeah and I think that they did a wonderful job with that. Obviously Rachel is funny and she’s going to be funny in everything that she does, but I think they handled those scenes very well by not poking fun of the disorder or the treatment of it. So my character, even though I was dying from laughter by being around everyone on that set, there were less jokes for me to play. It was something that we wanted to get right and wanted to treat it seriously and sensitively. It was really awesome to be a part of that storyline. But let me tell you something, they are having way too much fun over there on that set. I mean it’s a party over there! Those table reads? The only thing missing at those table reads are margaritas and chips. [laughs] Everyone at those table reads are hilarious! If they haven’t cast a part yet they have one of the writers read the lines and even the writers are hilarious. So everyone is crying laughing reading the lines. They’re going to make everyone else in the town jealous. If they were to have me, I would love to go back!

BT: What can you tell us about tonight’s season finale of Station 19?

JH: So you’re definitely going to see more of Grant and Travis and you’re going to see another big moment in their relationship. You’re also going to see one of the most dangerous fires that the team has ever faced. And I’m not going to lie, we may or may not all make it. I can’t promise you that we’re all going to walk out of that one alive.

The Gentle Indifference of the World Review