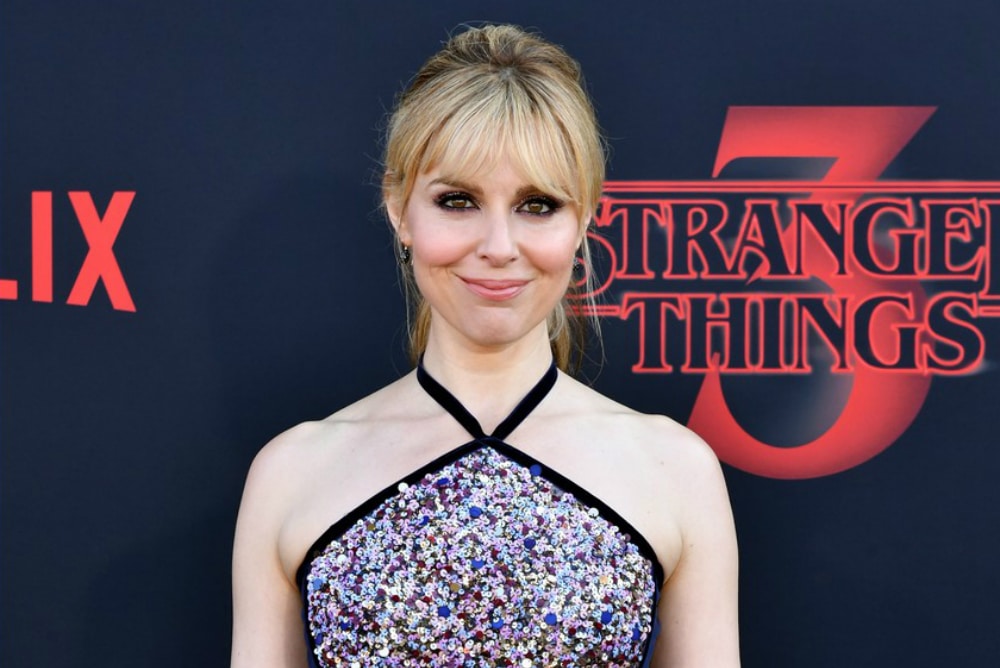 Cara Buono loves speaking in depth about the seminal shows that she’s been a part of, drawing a line highlighting The Sopranos, Mad Men, and the Netflix series Stranger Things, where she plays Karen Wheeler. Her performance in season 2, including in one of the most talked about moments opposite Hawkins bad boy Billy (played by Dacre Montgomery), leads the way into the hotly anticipated Stranger Things season 3.

We chatted with Buono the afternoon of the Toronto Raptors parade, and Buono was extremely generous with her time, on the phone from New York City, where she resides and is based.

The following is a condensed and edited version of our fantastic chat with the insightful Cara Buono of Stranger Things.

Brief Take: When Stranger Things first started, did you think it would be the massive success that it is now?

Cara Buono: None of us could have predicted the phenomenon that it’s become. I definitely fell in love with the script when I read it. I read the pilot and immediately called my agent and said “I need to be part of this project, it really spoke to me. I love the writing, I love the story”, I was extremely passionate about it. I told the Duffer Brothers, “I want to be part of the show, even if it’s season one or season four, in any shape or form, even if it’s a little part”. I just had a distinctive feeling and really loved it. I thought people would like it, for sure, but I don’t think any one of us could have foreseen the life that it’s taken now.

BT: Was there a moment where it hit you how much people love the show and how big it is in the cultural zeitgeist?

CB: When season one debuted, I remember doing a post saying “I hope you like this new show I’m on. I’m excited about it”. I would say a few weeks after it debuted, I noticed on social media that there was energy about it where people were talking about it, leaving me messages, and I just started to realize that it really touched an audience and then spread via word of mouth. Then we kind of grasped that people are really liking the show and it’s really crossed generations – it’s reaching people in their 40s and also a young audience. It was really social media that made me aware of it. 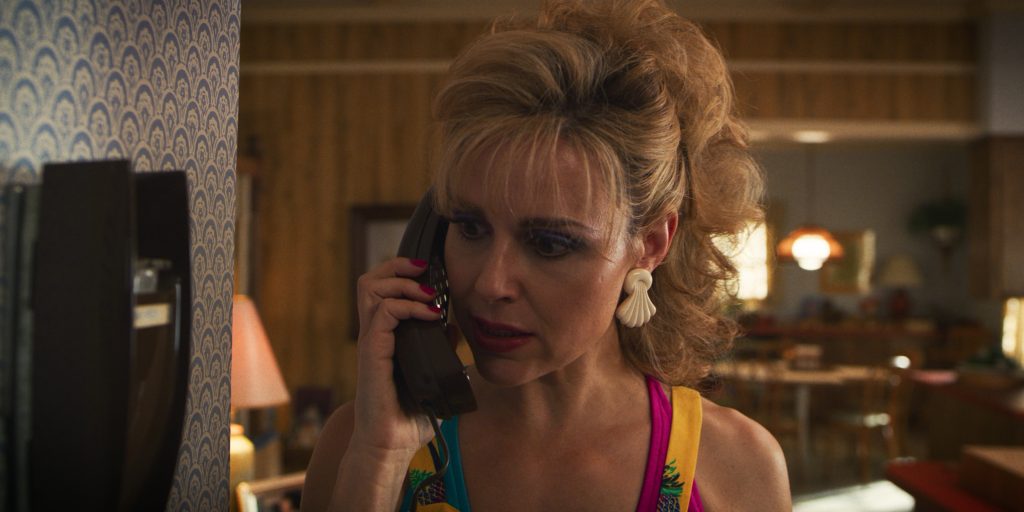 BT: You’re very active on social media and sometimes post about political topics. Do you feel a sense of responsibility, as a well known public figure, to use your platform?

CB: I mean I like Instagram because I like the platform of images telling a story. My whole life I’ve done volunteer work. I’ve been a grief crisis counsellor since I saw a flyer on campus in college. I volunteered in an emergency room in New York City, there’s a survivor brought in on call from 7pm to 7am. I do the work with a company called Liberty United turning illegal guns into accessories to fund education and to stop gun violence. I’ve always felt a responsibility to give back by action and when I feel it’s appropriate I like to speak out on topics that are important to me, and that I try to take an active role in my life in action. I like to feel that in my place on the planet, that I’m touching someone in a real way. For me, I’m still finding my voice in the social media world and I’m still cautious about how I speak on that platform. I think my skill set is face to face and in the presence of and the context of trying to make a difference with the causes that I care about. I’m working on being as articulate as some of the people I admire, like how Jon Stewart gave that incredible speech in Congress. If I could speak like that, I would be out there speaking all the time. I’m working on it!

BT: Let’s talk about Mad Men. You gave such a memorable performance on that show!

CB: I was a huge fan of that show. I remember getting the call, I was in New York, and there was an audition. I used miles and flew out to California, and really wanted the opportunity to be on that show. I had worked with Matt Weiner on The Sopranos, so we knew each other a little bit from that. When you audition for a show, you never really know what the role is going to be, because you read other scenes, not scenes that belong to your character. Everyone always says “Don should have married Faye!”, but you know he wasn’t ready, he was too damaged. He couldn’t accept that kind of mature relationship. And I mean it still didn’t work out for Don, he went on to his destructive ways in his marriage. It really was a role that will forever be one of my most cherished. 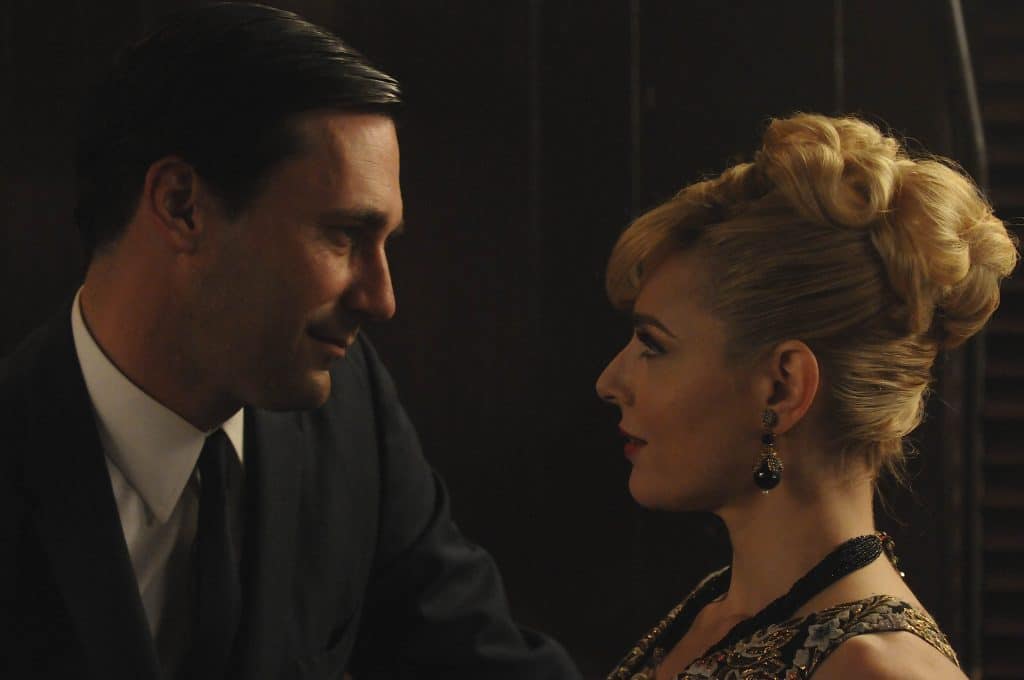 BT: You were in Toronto for TIFF this year with Monsters and Men, an incredible film.

CB: Yes, Monsters and Men went to TIFF. I love that film festival! They pick great movies and it’s just such a welcoming environment. I love coming to Toronto for work or for the film festival. For Monsters and Men, I met with Rei(naldo Marcus Green) because I loved the script and wanted to be a part of it. I think he’s going to go on and make really unique movies. I loved working with John David Washington, he’s amazing in it. It was one of those experiences as an actor where he really created this authentic environment. A lot of these indies shoot very quickly but it also lends itself to the authenticity because you’ve got to get your shot very fast. But that movie was important for so many reasons – the state of the police in our country. I played a cop so we did ride alongs and it’s very complicated because there are a lot of men and women that we met who are very passionate about their job, and they’re doing a great job, and he was very careful to not paint a whole group of people in a negative light because of incidents that we were portraying in the movie. It was really interesting because when we interviewed a lot of police. He says in the movie “you don’t know what you would do in an environment when you walk into a room and someone is pointing a gun at your head”. So it struck up a lot of really interesting conversations in Q&As in different film festivals. I think filmmakers are very courageously tackling topics that challenge audiences and make them think and maybe inspire people to think differently and take action in their communities. I think we go to the movies to escape, to be entertained, and also to hopefully learn about each other and maybe make us think differently in our every life and our every day encounters. I believe that movies are very powerful vehicles for doing that.

BT: Without giving any spoilers, what can viewers look forward to in the upcoming season of Stranger Things?

CB: It’s going to be really entertaining because it does take place in the summertime. It’s much more epic. I still don’t know how season three ends and I don’t know where it’s going to go in season four.

CB: It was surprising to me, I didn’t know that they would create that scene. It was interesting because you’re following the plot and it’s kind of an interlude moment because it’s not attached to finding the Demogorgon or anything plot wise. It really resonated for so many of the audience members and I find it interesting that so many people are rooting for Mrs. Wheeler and Billy to get together. Everyone I encounter, even the younger audience members, say that “Why is she married to Ted??”. [laughs] Dacre and I had a lot of fun shooting that scene. When the season premiered, I hadn’t yet seen that episode, so a lot of press had seen it and were asking me about it. When the Duffer brothers were talking about Karen, they referred to classic movies of the ’80s like in E.T. the Mom is a real anchor to the kids. They wanted Karen to be an anchor that the kids can go to, and she’s this steadfast reliable figure. Seeing her step out of that image was really fun for everybody, with a character that we don’t know too much about, the bad boy. 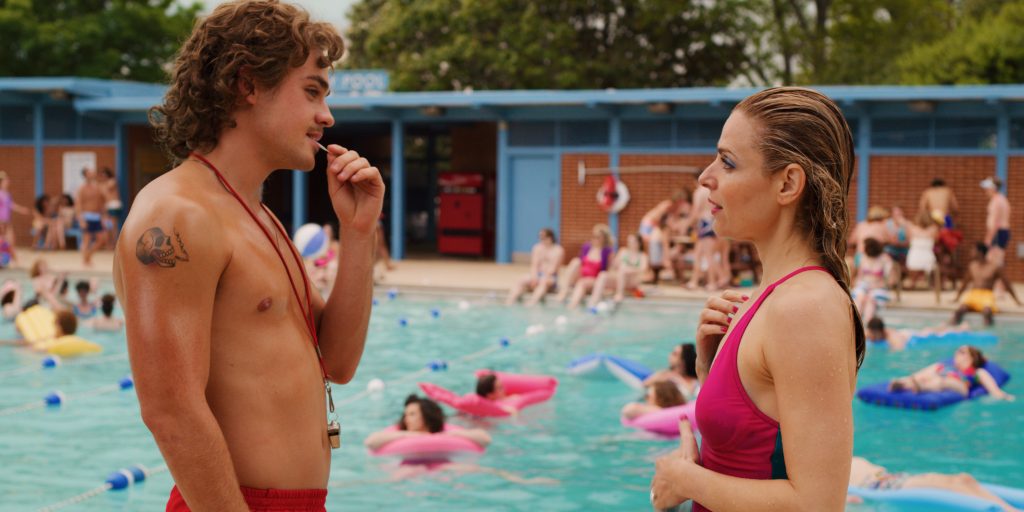 BT: For the future, do you have any dream projects or dream collaborators that you’d like to work with?

CB: I wish I could say I had a grand scheme of things in terms of how I plan things out. In my creative heart, I have always tried to trust my instincts. I read everything because I feel like the stories, the words, the style of writing speaks to me, and I try to go with a good story. Whether it’s a short film or someone developing some kind of new platform, but it has to speak to my creative heart. For instance, I did a part in this movie, the remake of Let the Right One In that Matt Reeves directed, called Let Me In. He said “well basically I want you to play the part of an alcoholic mother and it’s really important, but your face is going to be obscured.” I just thought that the part was so good, I loved the original movie, I loved the script and I wanted to be a part of it. I feel like if the story is good then whatever the platform is, whether it’s an off-Broadway play or a tv series or a movie, I want to be a part of that. So it’s really an instinctive formula for me.

I just finished watching Chernobyl on HBO and I thought the writing, the directing and the cinematography was just gorgeous. I’d love to work with Christopher Nolan and Steven Soderbergh and directors who really have a vision and really enjoy working with actors. I read that Quentin Tarantino is very energetic on set and is excited to say “we’re making a movie!”, and I still feel that way. I feel so lucky to be making TV or a movie and I never feel jaded. But I would love to do comedy. I’ve done so many dramas, but I hear that I’m funny. [laughs] I’d love to be in a movie with Kristen Wiig and Kate McKinnon, even to just do one line in a scene with them. Ooh, and I do want to do a big sci-fi movie, like a Star Trek or one of these movies where there’s a green screen and I’m flying a spaceship. Even if I get blown up, I want to do that. The kid in me just wants to be in a fighter ship and have a battle with someone. [laughs] 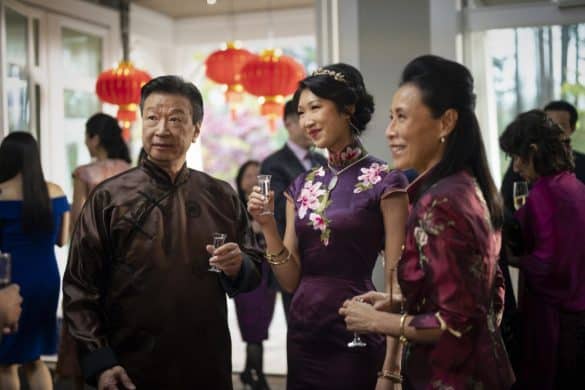 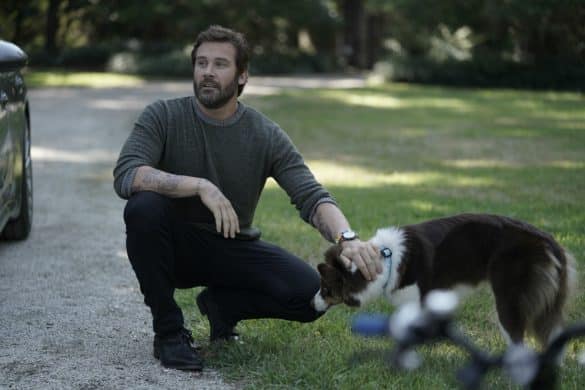 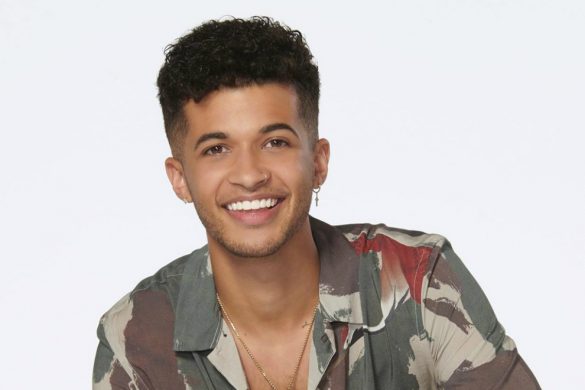 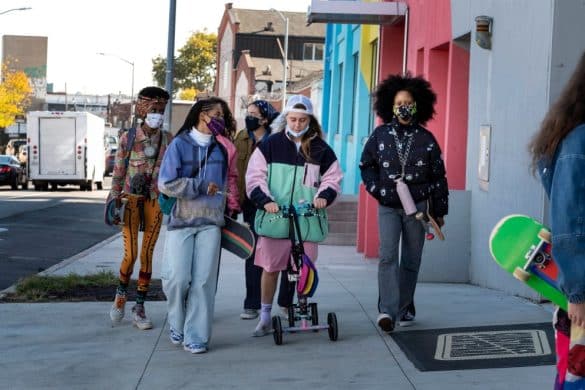 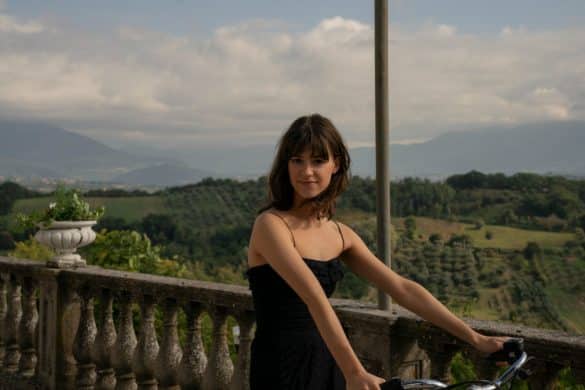 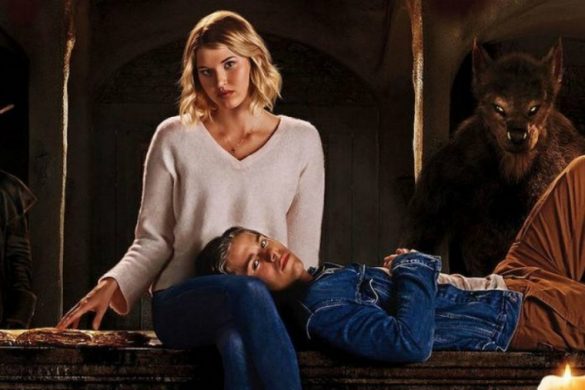