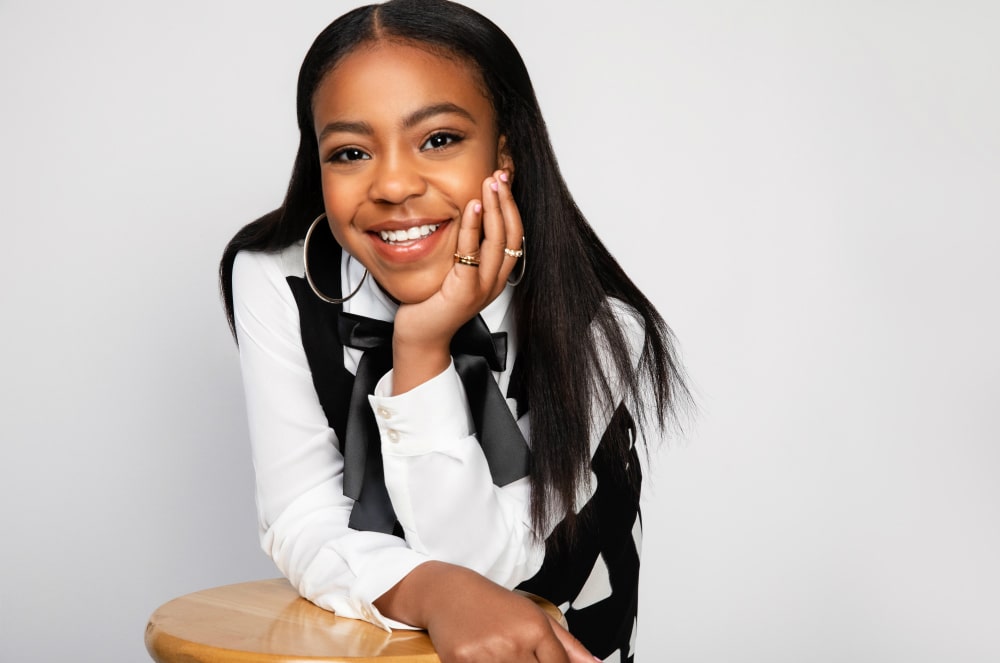 While we use the term “breakout star” quite often, Stranger Things the popular and at times hilarious Netflix series seems to have so many, including Catherine Curtin, Shannon Purser (justice for Barb!). Perhaps the biggest breakout star on Stranger Things is the incredibly talented and soon to be stratospheric Priah Ferguson, who was hilarious in every scene she appeared on in season 2, and will be rocketing into an expanded role in Stranger Things season 3. Her candid reactions and general disdain for her brother Lucas Sinclair (Caleb McLaughlin), lead us to believe that there’s so much more in store for Erica Sinclair as well as her portrayer, Priah Ferguson.

The following is a condensed and edited version of our fun chat with wise beyond her years breakout star Priah Ferguson.

Brief Take: Your role has been expanded for season three because viewers really loved your character on season two. Tell me about returning for season three and about learning you were a fan favourite from the previous season. 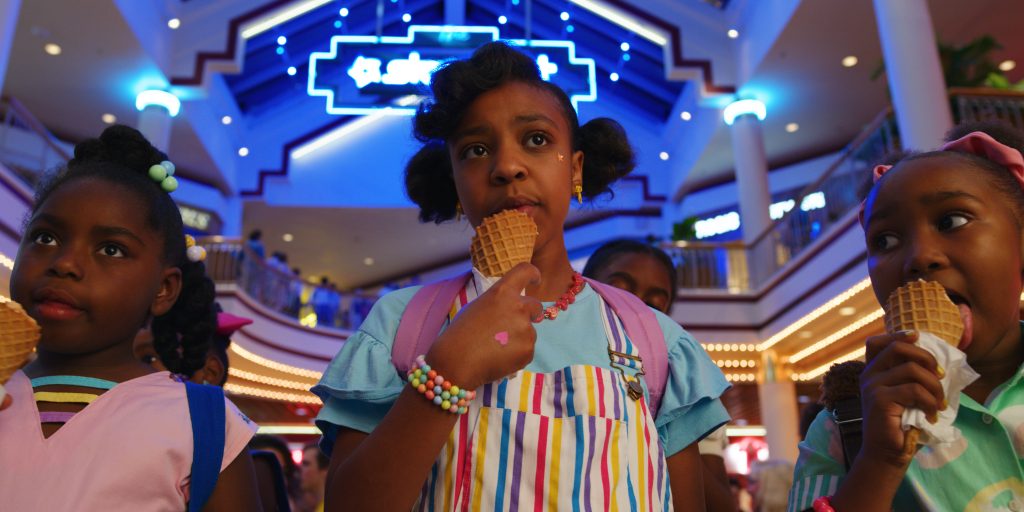 BT: You’re originally from the Atlanta area and the show films there. What’s it like being able to film in your home town?

PF: It helps you stay grounded. I get to be around my family and go to regular school with my friends, so that was really cool. Atlanta is big into the arts and you see so many people of colour striving there, so it was great to film there. I love Atlanta.

BT: Had you seen the show before you were cast on it for season two?

PF: My Dad did but I didn’t watch it because I”m not a horror fan, but I thought it was a cool show to be on. I auditioned for it and then a week later I got the role, and then I started watching the show. 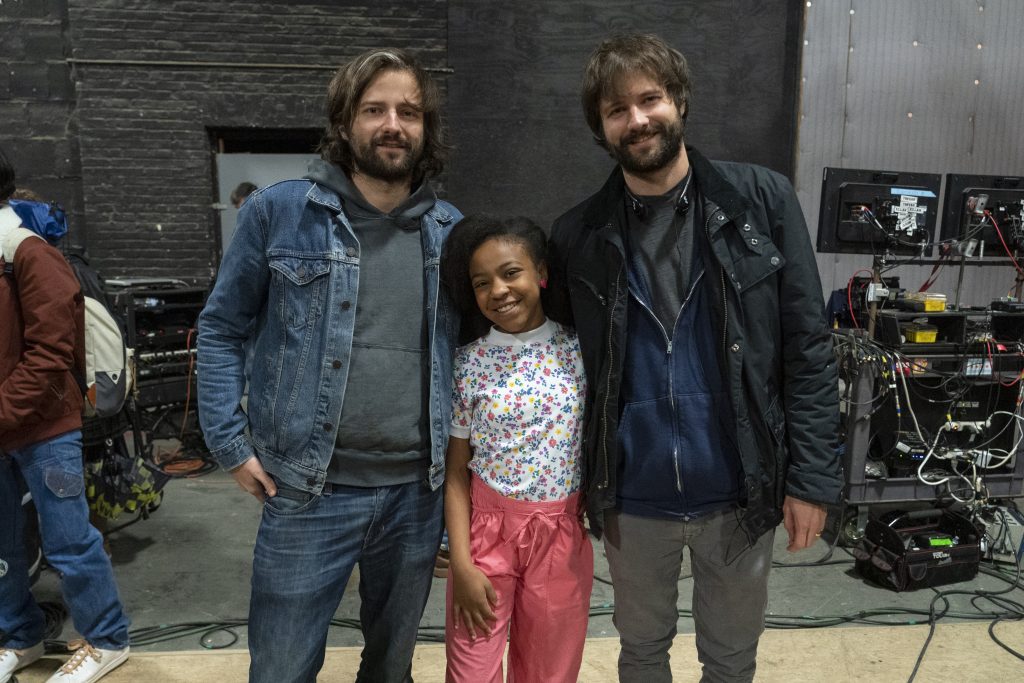 BT: What was it like seeing yourself in season two?

BT: What’s it like being a part of the Netflix family?

PF: The Netflix family have been very welcoming and I like the shows on Netflix, some of my favourite shows are on Netflix. Netflix has a lot of diversity as well.

BT: Without spoiling anything, what were some of your favourite lines to deliver on the show?

PF: Probably “nerd!” or “you can’t spell America without Erica”. I really enjoyed that. 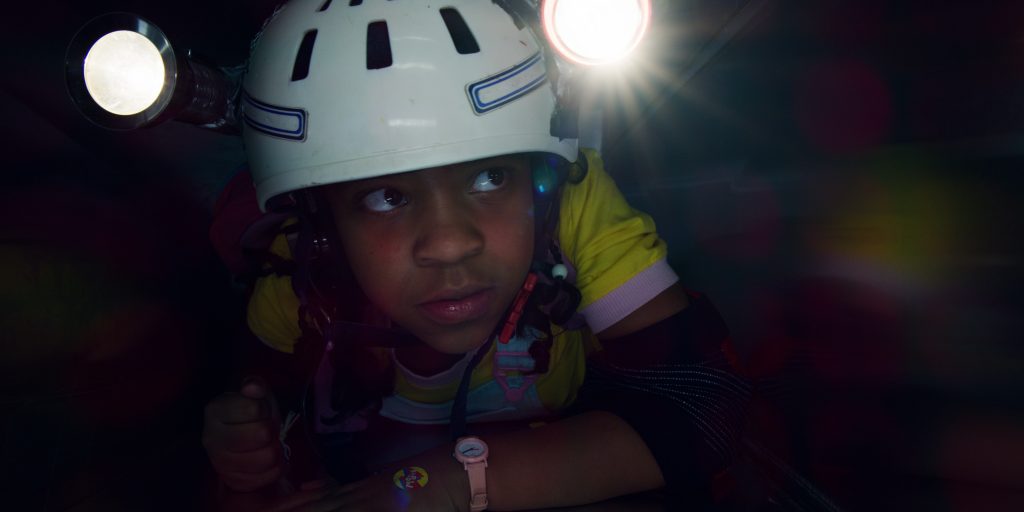 BT: What was it like to step into the ’80s time period on the show?

PF: I’ve always been an ’80s fan, with the fashion and music as well. When I prepared for this role, I did research on the ’80s, I watched movies like E.T. and TV shows like He-Man, my Dad was a big He-Man fan, so he taught me a lot about that. Then I also looked through my grandma’s photo albums.

BT: You get to work with more cast members this season!

PF: When I first came on, the cast were really welcoming, but this season I interacted with them more. In the hair and makeup trailer we were singing Hamilton because we all share a love of Hamilton. Then Millie (Bobby Brown) and I shared a school, so my teacher helped us decorate our Converse shoes and bedazzle them, so that was really fun.

PF: I really love the play and one of my favourite songs would be ‘Satisfied’ and the first song, “Alexander Hamilton’. 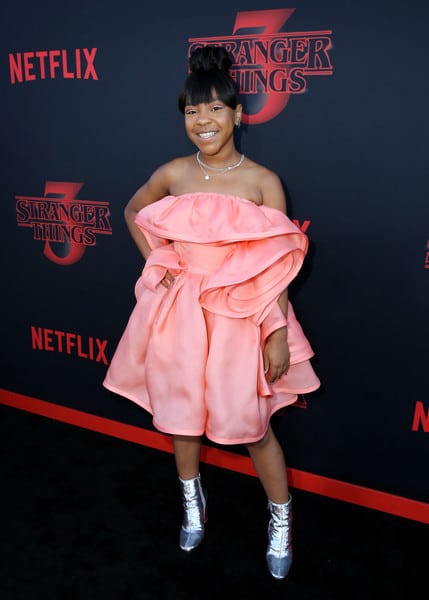 BT: I read that you have plans to write and direct in the future. Would you be interested in being a part of a musical too?

PF: Maybe! I think maybe more on camera roles because I like being on camera. Definitely some directing and writing as I get older, starting now.

BT: What are you excited for people to see of Erica in season three?

PF: I’m excited because it’s a bigger role, Erica is on a mission this season. The whole cast of the show did really well this season. The plot is really strong and it’s a phenomenal season this year. Everything about the show this season is amazing. You definitely have to binge watch this season!