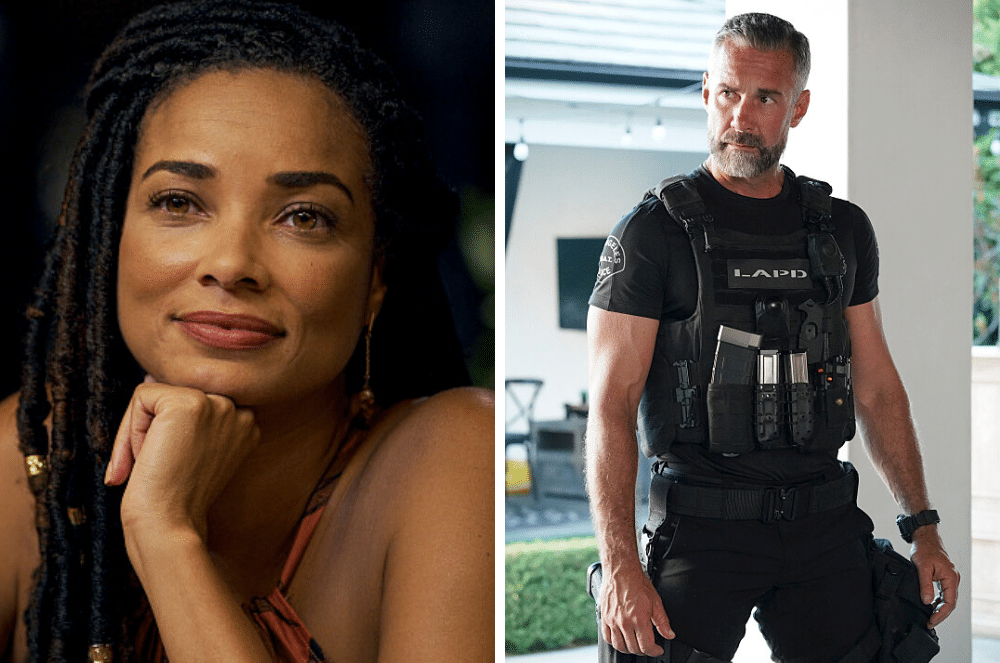 New S.W.A.T. series regular Rochelle Aytes chatted recently over Zoom video with Brief Take about what’s coming up for Nichelle in season six of the series, teased some possible upcoming complications for Nichelle & Hondo (Shemar Moore), discussed an important scene from this season, and her experience filming in Thailand for the beginning of season six of S.W.A.T. A movie that means a lot to Aytes, she also discussed The Men in my Life (a movie for which she produced/starred in/conceptualized the story), which is now streaming on Prime Video.

In a separate interview, S.W.A.T. star Jay Harrington, who plays David ‘Deacon’ Kay, sat down with Brief Take to share his fandom of his beloved Boston Bruins, why Hondo (Moore) always comes to Deacon for advice, (and probably will continue to do so as he has a child that is on the way). Crucially to the plot this season, parenthood played an important role in Deacon’s gear worn on the show. Harrington also highlighted a few of his most memorable episodes from S.W.A.T. and explained to us how plot lines  that occur in the pilot are referred back to many seasons later, echoing a comment from Rochelle Aytes about how the writers impart stories from real life and how a sense of continuity weaves its way throughout a show that’s about much more than police rescues.