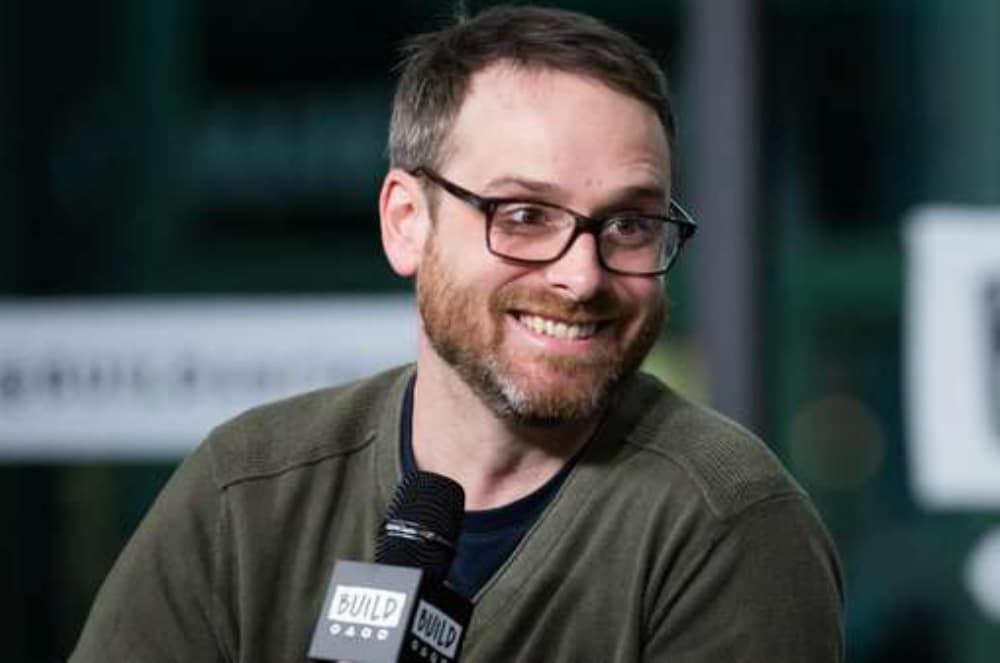 Starring Jon Bernthal (The Punisher, Wind River), Christopher Abbott (It Comes At Night), Rosemarie DeWitt (La La Land) and Imogen Poots (Roadies), Sweet Virginia is a terse neo-noir Western that’ll have you biting your nails from its blood-soaked opening right up to the closing credits. Though it’s been compared to No Country for Old Men, Canadian director Jamie M. Dagg’s film is wholly original and one you won’t soon forget.

This week we had the exciting opportunity to sit down with the Sweet Virginia director to talk about his cinematic influences, working with his all-star cast, and his filmmaking role model.

Brief Take: Congratulations on the film! I was on the edge of my seat the entire time I was watching it. I’m curious about the genesis of the project. When did you first hear of or read the China Brothers’ script that was written in 2011?

Jamie M. Dagg: When I first started working with my agents in Los Angeles, this was one of the first scripts that they sent me. Initially I was very confused by it because it was written as “Sweet Virginia by the China Brothers”, and I was thinking, “who are these racist assholes who would write something like that?!”. *laughs* But that’s actually their surnames. They’re two talented British kids who are obsessed with Americana. So there was a lot that I liked about the film and there was a lot that I didn’t like. I had a director friend of mine offer a piece of advice: don’t try and wait for the perfect script because no one is going to send that to you at this stage in your career. *laughs* So I worked with the writers for a period of time to convince them to take it out of the late ’70s, move it out of Virginia and set it in contemporary time in Alaska. Then a lot of the other changes sort of happened less intentionally. When you start working with the cast, the film sort of takes on a life of its own. The script is really just your blueprint, your foundation, but you do need something solid when you’re hoping to make a good film.

BT: What else did you change from the original script?

JMD: Jon Bernthal’s character was originally written for a 65 or 70 year-old man. Christopher Abbott’s character was originally a very sort of smooth talking cowboy. He was supposed to be really charismatic and drove a really old Mustang and wore cowboy boots and a cowboy hat. That wasn’t what I liked about the character though and both Chris and I wanted to change that. What made the character so interesting was that he’s sort of a sociopath who’s a product of his environment. I wanted someone who was a little more awkward, who is almost disgusted by humanity, with the exception of Sam. I wanted someone who was influenced by the Columbine shooters, someone who was bullied in high school…so that was a pretty significant change. But that’s not to take away credit from what the China Brothers wrote. It just happens with all scripts nowadays – they evolve. Originally it was an 100+ page script, but we only had 21 days to shoot this so as soon as I found that out I had to start cutting anything that wasn’t driving the story forward. I think it made it more lean.

BT: Let’s talk about the casting because everyone in the main ensemble are playing a twist on what they’re normally typecast as.

JMD: Definitely. Well everyone initially suspects that Jon plays the antagonist and Chris the protagonist. With Jon’s character, it was really important to me that that character had some warmth to him and a vulnerability. That was why I was initially apprehensive about Jon when he was suggested to me. But then I spoke with him and then almost immediately I realized that he was right for the part. I was just so used to seeing him in these hyper masculine roles or he’s often the antagonist. There was no way Chris Abbott could be physically intimidating towards Jon because Jon was huge. He was preparing for The Punisher. So Jon had this idea where he would have, from repeated head injuries from his former life as a bull rider, Parkinson’s and this tremor which expressed a physical vulnerability, on top of a mental and emotional vulnerability. He’s just a broken down character and a broken down man. I think it’s believable. Now I can’t imagine anyone else in that role.

BT: What were some of your cinematic influences for the production of the film?

JMD: I really like the 1970’s studio thrillers and I revisited a lot of Pakula’s films prior to shooting this, specifically the paranoia trilogy: Klute, The Parallax View and All the President’s Men. I wish I was making films in the ’70s! But I didn’t know I wanted to make films until I was in my twenties. I remember watching Aliens in the ’80s and Predator and obviously Star Wars. I remember going to see old sci-fi stuff with my Dad, when I was a little kid, and Forbidden Planet and The Day the Earth Stood Still stuck with me. But I wasn’t a kid  who was off making movies at a young age. Then in high school my taste broadened a bit and I discovered David Lynch, who doesn’t have as bit an influence on me as when I was younger, but to be in Timmins and to watch Blue Velvet? Wow. This was pre-internet days and the film just blew my mind. I’d never seen anything like it. I still don’t think there’s anything quite like it.

BT: Are there any current filmmakers whose work you admire?

JMD: Denis Villeneuve. Even his older stuff like Polytechnique is such a beautiful film tackling such difficult subject matter and it was done in such a tasteful way. He’s a huge influence on me. I even remember the first time I saw Maelstrom. And I couldn’t be more happy for him and his success. It’s nice to see good people who are talented who claw their way to the top. I also love Taylor Sheridan’s writing.

Sweet Virginia is available on Blu-ray and DVD on Tuesday April 3!