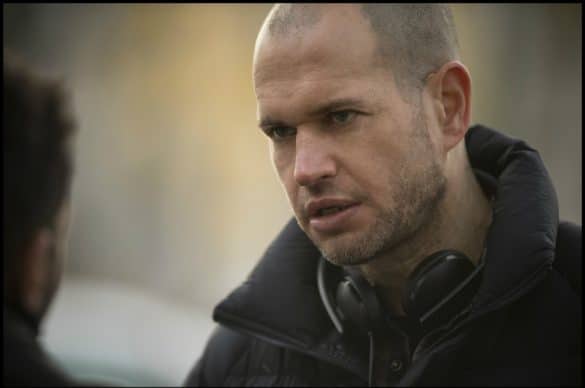 Synonyms is a film that really breaks the mould. The movie is about an Israeli man that moves to Paris and attempts to restart his life and yet adapt to the culture and not speak his native language of Hebrew. When the film won the prestigious Golden Bear at this year’s Berlinale, notice was actively taken to Nadav Lapid’s moving film. In fact, I was affected by the movie so much that I watched it twice at TIFF.

Describing the film as semi-autobiographical would be too easy, so we made a point to speak to Nadav Lapid at a downtown hotel’s restaurant bar during the festival, and he had plenty to say on the subject.

The following is an edited and condensed version of our conversation with Nadav Lapid, the writer-director of Synonyms.

Brief Take: How did you put together the incredible sequence, in which the protagonist gets robbed while taking a bath in a Paris apartment, at the beginning of the film?

Nadav Lapid: The answer is complete and easy. I can tell you that it was the first thing that we shot. I thought a lot about it and I felt like it was not what I had in my mind. Maybe it was the eighth take, and I put my frustration toward the wall, and I didn’t think that it wasn’t like the walls in a Tel Aviv apartment, which are very thin, it’s like the walls in an Osmanian-French apartment. The next day I found myself in the hospital, they suspected that I had broken my leg or something like this – I didn’t. I think that we cannot totally deny the option that Yoav dies in this, but it was really demanding. I read Sight & Sound magazine, I think that it was, that said that everything that happens afterwards is his illusions while dying, while agonizing. I wouldn’t say it like this, in such a literal way, but it’s a kind of death. And at this point, all that happens is not an allegory or a symbol or a legend or or a lesson, but you feel it, and it’s always complicated to make people feel cold, because the screen doesn’t have a temperature. All of this demanded a lot, but at the same time, I had this very strong assist in my head. I had a huge decor and I had this Roman Israeli statue running from left to right, right to left.

BT: Did you feel like this film was living within you, demanding to be told?

NL: Yeah, it did, because to me, it’s a reflection of two events from 16-17 years ago, and I feel like the only reason that it needed to be made is that it vibrated, and with the years that had passed, maybe I had accumulated a distance of observation and interpretation, but the vibrations stayed there. I think that the main thing about the film is that it’s vibrating and vibrated with the same movement. I think that from the very first second of the movie, when you see these wet sidewalks of Paris, until the very last second of the movie, there are these episodes and all sorts of things are happening, the cinematic strategies are changing 10,000 times, but at the end, it’s the same vibration. This is what I think changes the film from being one of episodes into a film of one movement. 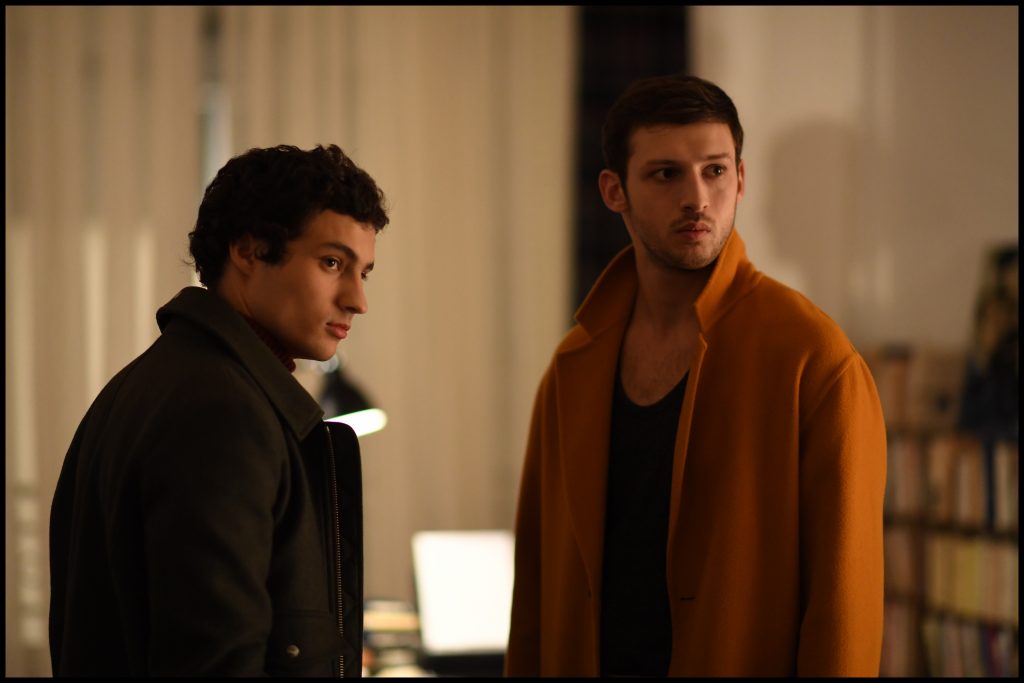 BT: Tell me about filming. Did you have a moment of watching the film where you felt like you were reliving it in a way?

NL: The shooting was tough but the ambience was joyful, because I think that the difficult aspect of the film was a very playful narrative in the movie, or dancing and singing and fighting and kissing and making love. And I think that there’s also a kind of cinematic party in the movie, because the camera is from here to there and we tried things and there was a feeling of perpetual adventure, of perpetual revelation. I remember when we shot the scene with the photographer, I was bothered. I’m not a very psychological person, but I don’t like a poetic idea of film in a way that is like taking a poetic step, but yeah, there was something heavy.

BT: Had you planned to include all of the nudity or was it a spontaneous decision?

NL: Let’s say that you can love or hate the movie, but I think that you cannot argue that it’s an extremely existential movie. In the same way, the movie is written on the mind and body of its main character, it’s kind of like Taxi Driver, and the guy who wants to…it’s a way to die and be reborn. He dies in Israel and is reborn in France, or maybe dies as one person and is reborn as another. In this moment, I think that the nudity is essential and reflects the contradiction that exists in society -he is changing his words, but he cannot change his body. The way that the present and future appear in Synonyms is that the past is written on the body. And also, it’s really strange to distinguish between his elbow and his genitals. They all take place in this space.

BT: This is a film that’s very much about leaving home. Do you get a different response from those who stayed? 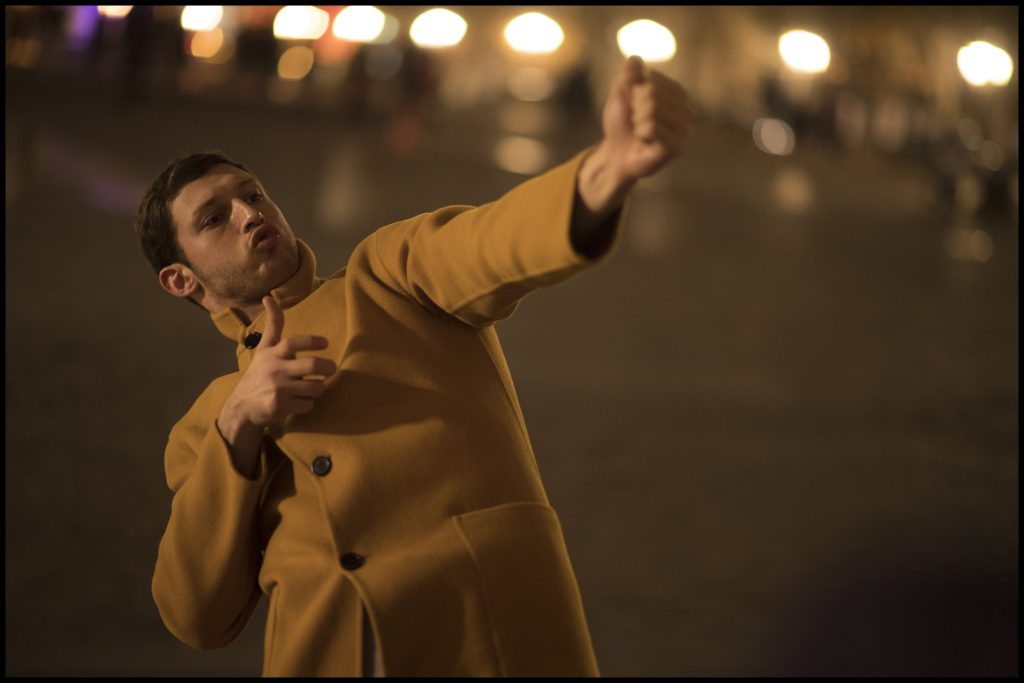 BT: Tell me about the open ending of the film. Is the movie kind of unfinished in a way?

NL: Yeah, this is an example. I think that the end seems very emotional—action-wise, sound-wise, image-wise—but at the same time, narration-wise, it’s really open. I think it’s a movie that celebrates the extreme power of gestures.

BT: What did you think of your film The Kindergarten Teacher being remade? Did you get a chance to see it?

NL: Yeah, I saw it. Also, I wasn’t involved in the process. They wanted me to, to be more important. Because I am a big believer in film directors, I felt that the movie was not mine. I’m not the director, and also I was already busy with Synonyms, I was taken. There was a moment that they invited me to come on set and I arrived and the first thing I saw was Gael García Bernal standing in the corner of the room mumbling, like repeating something that I said and mumbling a poem to himself that I wrote when I was four and a half years old. I found it funny. For me, it was a strange image, like really mysterious. But I felt like when I saw the American remake, I didn’t feel like it was my movie. It was a strange feeling, because it was exactly the same script, the same words, and it’s such a personal movie, but I think that movies for me are mostly about feeling toward existence. And it’s not my feeling toward existence, looking at it from the outside.

BT: How do you feel about existence now that this film is screening for an audience?

Synonyms is now playing at the TIFF Bell Lightbox

Win advance screening passes to A Beautiful Day in the Neighborhood!