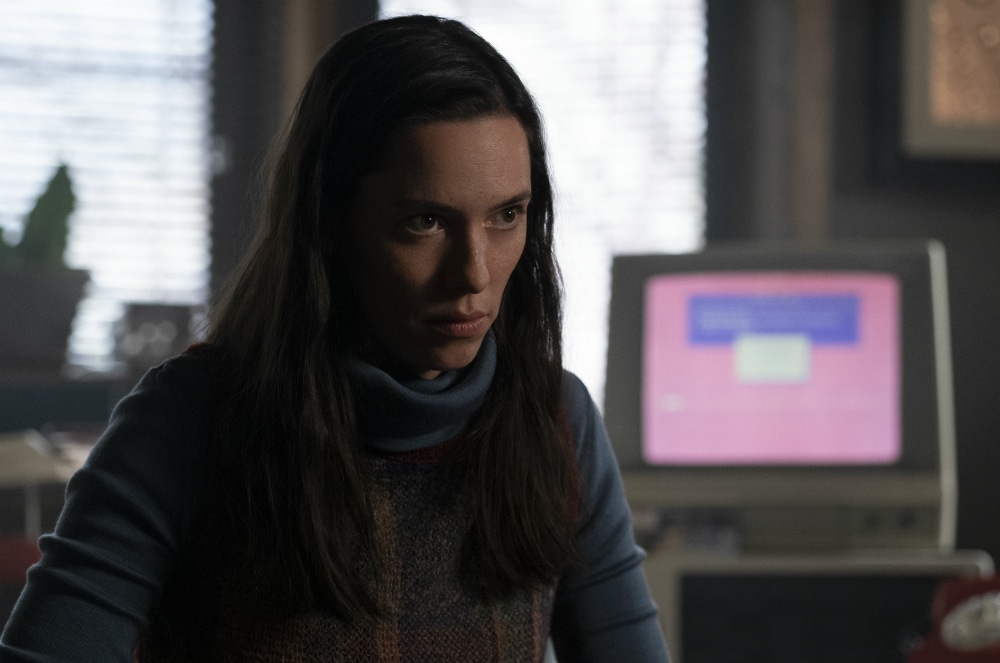 Rebecca Hall is a brilliant performer (as always) on the tough to classify but thrilling to watch series Tales from the Loop, a genre series from Nathaniel Halpern (with the first episode gorgeously directed by Mark Romanek, who also serves as producer). The Amazon Prime Video series is based on work by Swedish artist Simon Stålenhag, and Hall plays Loretta, a gifted physicist. It explores townspeople who live above “The Loop,” a machine built to unlock and explore the mysteries of the universe, who experience events previously consigned to the realm of science fiction. In the first episode, which we screened, her daughter, played by Abby Ryder Fortson, looks to understand the mystery of what her mother does in the under the ground in the facility known as The Loop.

Hall is an acclaimed British-American actress and evokes a ton of emotion in the series, as well as in works such as Christine,  Professor Marston and the Wonder Women, and is currently remotely editing her first feature Passing, set in the 1920’s and starring Ruth Negga, Tessa Thompson and Alexander Skarsgård (who also is featured alongside Hall in Warner Brothers’ Godzilla vs. Kong).

We spoke with Rebecca Hall by phone to her home on the east coast in which she assured us that she is staying safe and hunkering down with her family, who include husband Morgan Spector. Hall shared all manner of information about what looks to be an incredible year, and she shared why starring in Tales From The Loop was necessary for the multi-talented artist.

The following is a condensed and edited version of a lively phone conversation with Rebecca Hall of Tales From the Loop.

BT: You produced Permission, executive produced The Night House and you’re set to release your writing-directing debut Passing. To what degree does being a producer influence your work in the acting sphere in terms of your collaborative and creative process?

RH: I don’t know. Interesting question. I suppose it makes me feel responsible on some level in [pauses] whereas other situations in which I might feel like they’re…the process has somehow diverted from the true intention, I have a certain amount of power to step in and say I think that we’ve diverted off course. In other instances in my career, I’ve not had any, I might have noticed that, but I can’t do anything about it. [laughs] But I suppose that’s probably the difference. But also I’m inclined to be respectful of the creative process and I’m incredibly respectful of writers and people’s vision and I feel like the greatest producers identify what is the director and writer’s vision and helps them achieve it, and keep them on course and try to offer them an alternate creative vision. It’s not like I jumped in and I’m like, you know: “I have an idea for episode five and I’m going to rewrite it.” I would never do that. [laughs]

BT: You move so effortlessly between genres. Your work in The Town, it’s one of my all-time favourite movies, Christine, we actually interviewed you for Christine at TIFF! Your performance in that is brilliant. Godzilla vs. Kong is coming up. How do you feel in this space, working within this particular genre?

RH: How would you define this genre, out of interest? Before I answer that question, do you mean the sci-fi or the television aspect?

BT: After speaking with Nathaniel, I think of the series as sci-fi, but making the worlds smaller instead of building outward.

RH: Yeah. I think that’s right. I don’t think that there’s any difference in my work, regardless of what I am doing. I mean, look, there are some jobs that one takes because this is my livelihood and I’ve got to pay the bills, but you know, even with those jobs, you want to do something that you like. And there are some jobs that you take because for many reasons, it’s something that you haven’t done before or you like the director or you’re interested in how it’s going to come together from the inside. I mean I take jobs for all sorts of reasons. But I don’t think that my process changes. Ever. Whatever the genre is, my job still remains the same. I have a job as an actor, which is to make it credible and tell a story, and I approach everything with that intention. I think the thing that really got me about this one was, very simply, I was moved by it. And the fact that it was inspired by art meant that signalling that it was going to have a very strong aesthetic sensibility and stylistically to have a sense of authorship to it. And that was exciting to me, I love being involved in things that have that ability.

But also I think that there was a sort of bravery to it to try to take on large existential questions, because ultimately, I think, the show deals with physics at a certain point, when you take it to the end point of philosophy. Physicists are often concerned with time and I think that at some level, the overriding premise of the whole show, all the episodes, all the people, all of it, is that the greatest problem about being a human and also the greatest beauty about being a human is that time exists for us. Because time means that we change, like good things get bad and bad things get good. But [chuckles] what does time, how does that relate to how we live as humans, and because of time, we get old and we’re not kids forever and we die and all the rest of it. It’s a huge existential premise actually, but it’s told in this simple way and it’s rooted in human emotions and it’s very restrained and the characters are all quite indirect and not good at expressing their emotions, as human beings often are. And so it has a sort of intangible, enigmatic quality that makes it compelling whilst also being very moving. And I don’t know, it’s very to my taste, I think. [laughs] 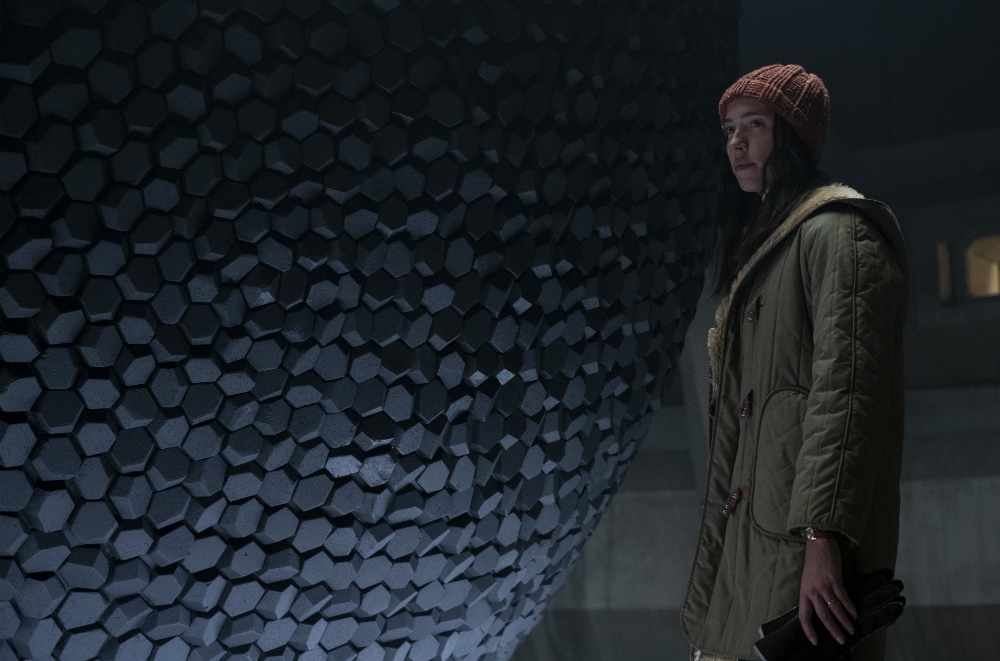 BT: I’m impressed with any series that wants to open on Jonathan Pryce. What did he bring to the experience as a scene partner?

RH: Well he’s just a wonderful actor with a wealth of experience and a wealth of skill and compassion also as an actor, and I loved working with him. I’ve known him for ages, I mean not very well, but I’ve met him many, many times. We share the same British agent, so… [laughs] We have a lot in common and it was really great to finally work together.

BT: I talked to Morgan about his show and playing a father and he said that your daughter tends to remember everything, and here you are on this series playing a mother and having it be a major plot point in the first episode. What is something for which you enjoy about having work and life cross over in this series?

RH: It’s an interesting question. I don’t think that I do, consciously, but then I look back on the body of my work and there’s always something that relates to what I was going through at some different time in my life, or unconsciously, even. I think it’s an interesting aspect of being an actor is that a lot of times I don’t think any of us really know what draws you to a character, often I’m drawn to characters that are on the face of it completely different from how I perceive myself and I don’t have anything to relate to about it. We so often get asked: “How do you relate to the character?” and I never know how to answer that question. I’m always like: “I don’t know, how do I relate to a human?” [laughs] It’s like I don’t really understand the mechanism. But the ones that I feel distant from are often the most intriguing because ultimately it’s me that’s making the choices about how to play them. And ultimately that tells me something about myself. And there is a mapping that you can do: “I was going through this or I was going through that“, and it becomes sort of clearer the older you get, I think. 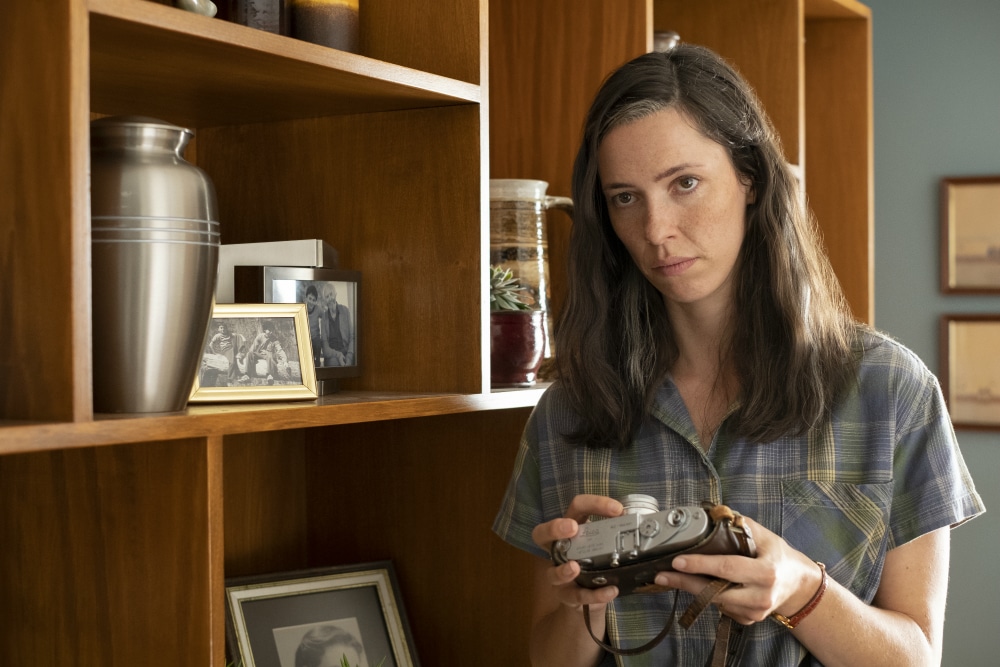 BT: Do you think one of the show’s themes of a need for human contact resonates in this time of social distancing?

RH: Yeah, I do. I think that there’s a strong theme in The Loop of a sort of wanting to, a desire to be there for each other. And the ways in which that it’s hard sometimes and how difficult it is to hold another human and make them feel safe, but there’s a sort of hope, actually inherent in that, but the truth actually is that we’re pretty good at that no matter what the circumstances are. We find ways to support each other and I think that we will now.

BT: What shows do you respond to in the way that I responded to this series, which I loved?

RH: What shows do I respond to? I watch everything. I’m a big believer in high and low in all respects. So I really do consume a lot of everything. I’ll go back and watch all of Ingmar Bergman’s Fanny and Alexander, for example, which I find extremely moving and peaceful, but then I’ll go and watch four hours of Dr. Pimple Popper, so I don’t know where I stand on that. [laughs]

Tales From The Loop premieres on Amazon Prime tomorrow