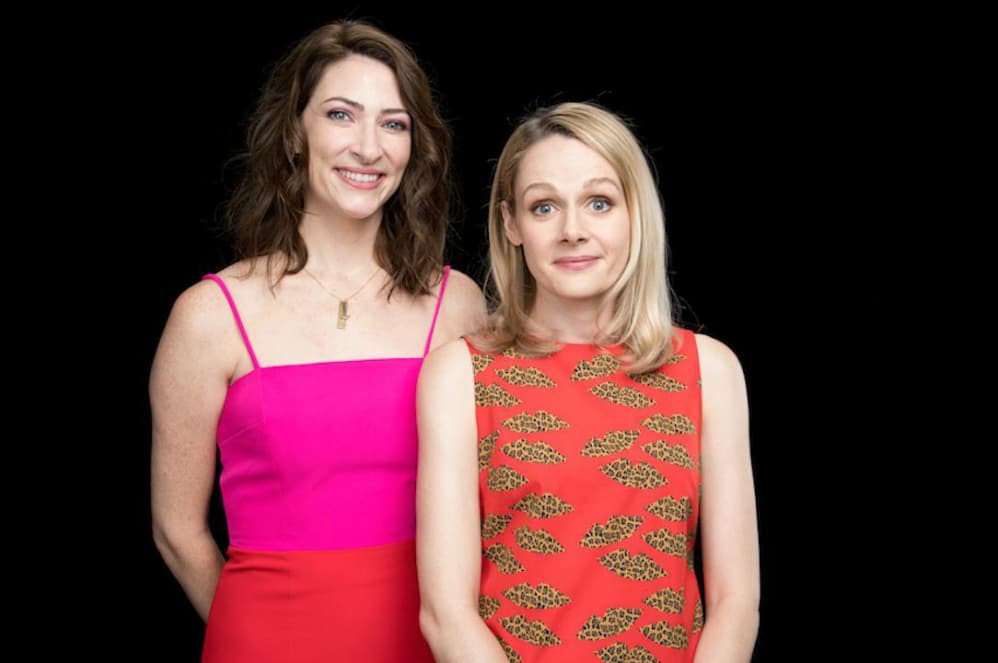 The delightful Katie O’Brien and Katy Colloton star in the TV Land series Teachers, which returned for its final chapter this past June and concludes on March 19th. Some people might not know that in addition to starring in the critically acclaimed series, they also write, produce and show-run Teachers (!!). On the hit show, Katie O’Brien embodies wide-eyed Ms. Bennigan and Katy Colloton the slightly narcissistic Ms. Snap.

Brief Take sat down with Katie and Katy to discuss the final chapter of Teachers and was greatly surprised at the depth of the answers about their really funny series.

The following is a condensed and edited version of our interview with the poignant Katie O’Brien and Katy Colloton of Teachers.

Brief Take: What should viewers be looking out for within the final chapters of Teachers?

Katy Colloton: It’s exciting, especially the episode that played the previous week. I’m really, really proud of it. It’s one about arming teachers and you know, sometimes we go a little political, but this is one in which we tried to tackle it for 30 episodes. And finally (in) the final 10, we found a way that is still respectful but funny, because it does touch upon a topic with which teachers have to deal in school. So I think that has made it so that I am really excited for it to air and I’m really excited today.

BT: Katy, you have a family background in politics too, correct?

KC: Yes, my Mom was in the State House of Representatives. So as soon as we got the show, I couldn’t help but do something that was a little political. You have this platform, so I feel like there is this responsibility to say something with our comedy as well as be funny.

BT: What is an audience response that you would like to see from this final chapter of the show?

KC: For me, a response I would like to get from these upcoming 10 is to think about things differently. There’s a lot of storylines this time that are political, so I think that a hope is that we challenge the audience to think about things differently. In particular, last week’s episode is all about gun control and arming teachers and what does that look like? And I feel like our challenge as writers and creators is never to shove our opinion down our audience’s throat. We should never tell you what to think about this—but I do hope that watching these ten, the audience looks at these storylines and is like “oh, I never thought about it from that point of view”, and maybe they think about gun control differently or maybe they think about freezing their eggs differently. I feel like the power of comedy is that when you can make somebody laugh, they’re more likely to look at a situation differently against their own point of view and appreciate it, so that’s my goal is that these 10 brings that out.

Katie O’Brien: I agree. I feel like for me, someone watching the show, I want them to walk away and say that was so much fun and that was so funny, but then, like we said, with the ‘freezing the eggs’ episode, to go to Google “freezing eggs”, like you’re not even aware that you’ve picked up on something that’s different, or have a desire to look into arming teachers, and like: “where did they get that point or that quote from?”. Anyway, it’s fun, because maybe you don’t even know you’re getting a point of view. I want them to laugh the whole way through, but then maybe also go Google something or investigate something afterwards that’s a little different or outside the box. 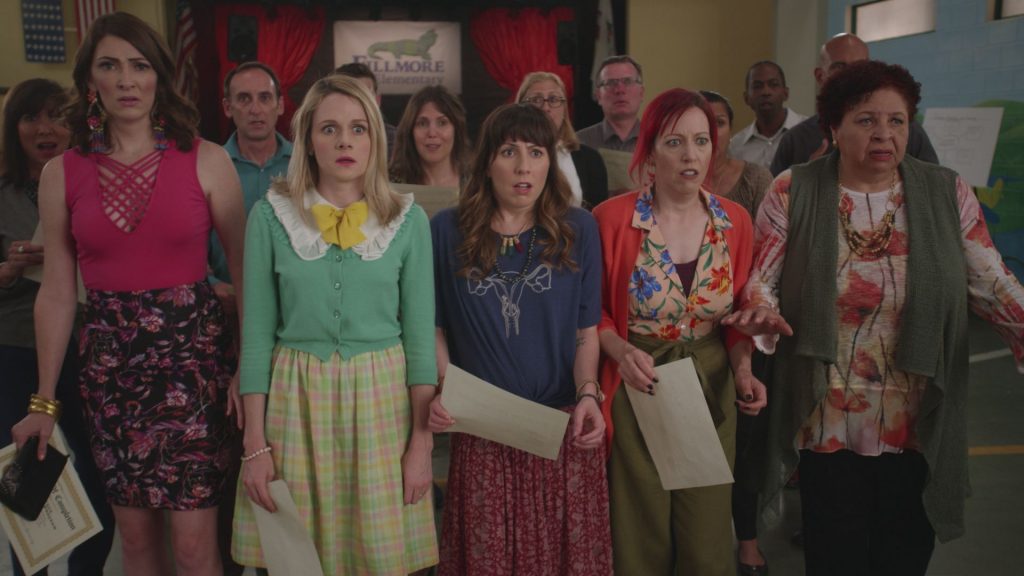 BT: What has been a highlight for Teachers up to this point?

KO: Oh man, there’s so many. I feel like a highlight, for me, of the entire experience was just—it sounds so cheesy, but it’s true – it was incredible to make a TV show with your best friend. At this point, we’re all really close and we say that we’re like family, but it really was amazing because we’ve been together as a group for ten years and we’ve been working on the show now I think for five years in total. So it’s kind of amazing that this entire experience was with people you really love and respect and think are so funny. That, for me, was the highlight of coming in every day and being like “oh my gosh, I love these people, I respect these people”. You don’t always agree, but at the end of the day, you trust them. So that, to me, was the most fun, the making each other laugh and obviously our crew and our showrunners and everybody, the directors. By the end, it kind of felt like this big family. And for me, that was the most fun part and the highlight. 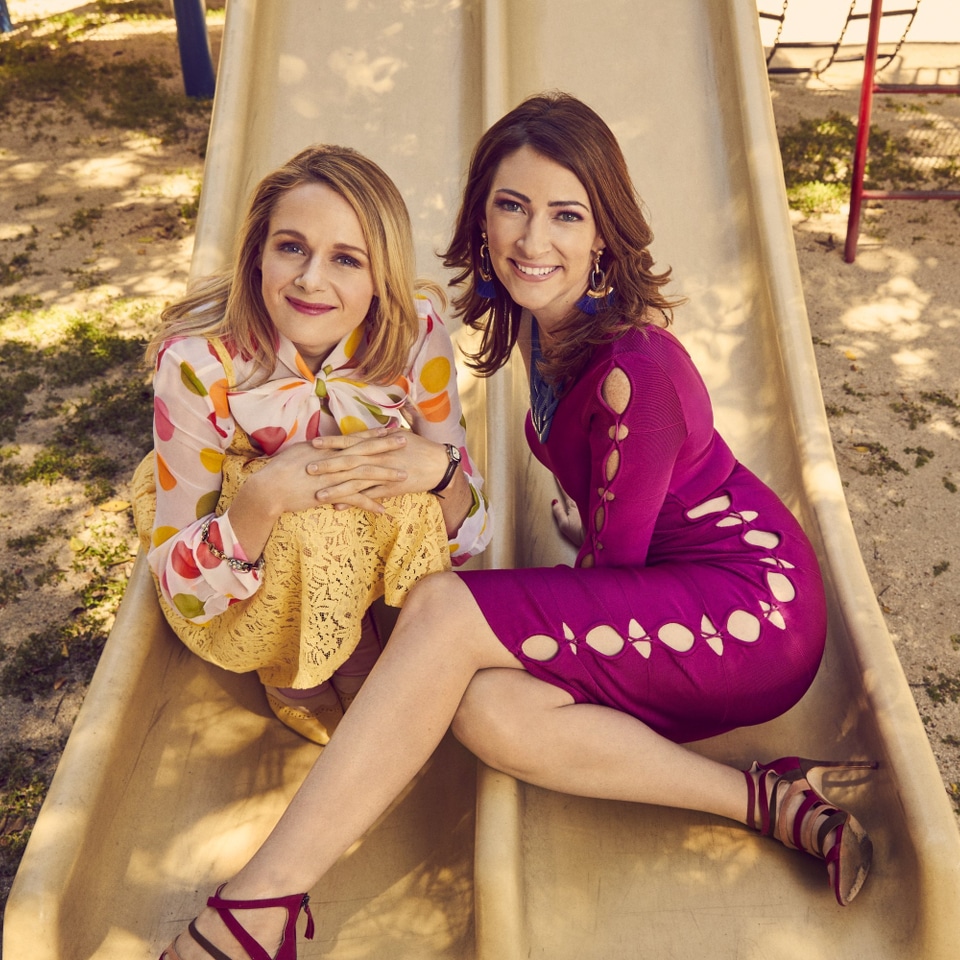 BT: What is something that has evolved from playing Miss Bennigan and Miss Snap?

KO: When we first developed these characters, what we did was take a small part of ourselves that was true—or a small part of ourselves that we didn’t like, and really heighten it. So for Miss Bennigan, my small truth was that I grew up very naïve and very religious, so as the years have gone on, she kind of took on this life of her own. But it became such a fun thing to play because when time went on, we got to learn these characters more and explore more things about them, and there were so many levels. We just got into this comfort level of them that was really great fun and then you could just push each other’s buttons.

KC: As Miss Snap evolved more, it was really fun to explore this people-pleasing side of her, especially in the writers room, so I guess that at the end of this 10, we have worked with these characters for 50 episodes. So they felt so comfortable, and I think that when you’re really comfortable, you really take risks with characters. So I think that with this 10, our characters took a lot of risks and we explored them a little bit more than we had in the past. So I’m excited for fans to see that too. 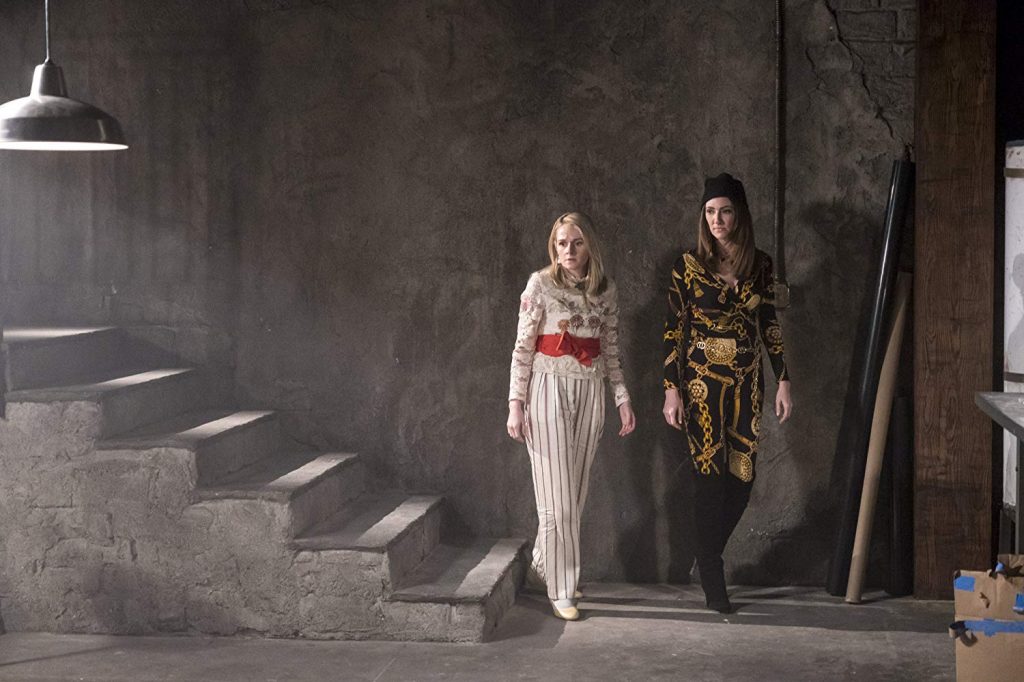 BT: Who are some comic performers, especially women, that you think are leading the charge in the industry?

KO: I think that Broad City has done a really great job—Ilana Glazer and Abbi Jacobsen. I know that they have really led the charge to have female directors and so I feel like they’ve done a really good job.

KC: Yeah, I think Amy Schumer, Mindy Kaling, Tina Fey, Amy Poehler. I feel like there’s a ton of women out there championing other women’s work, which is great.

KO: Yes, then there is Regina King for doing that acceptance speech that from now on, moving forward, that she is going to be producing a lot of projects. And she was like: “From now on, I am going to hire an equal number of men and women on all of my productions”. She challenged a lot of people in the industry to do the same, so I feel there’s a lot of women stepping forward to be like “Nope!”, especially women in power, that’s the important thing. I think that because we were in a position to hire people, then you do have a responsibility to say: “Okay, if I’m in a position of hiring these people on the show, I have to make sure it’s equal or…” There’s a lot of people—I thought it was really cool that Regina King did that. That was really important.

KC: The thing for which I was proud was that the writers room for season 3 was eleven people and nine were women. [laughs] It was great, and one could say that if it’s equal, it should be half and half. But it’s really great to be in a room in which the overwhelming majority was women and of all different backgrounds. I’m really proud of that, and I think that it’s reflected in the episodes and the stories that we told.

BT: Would you like to work together in the future?

KC: Yes! Well it’s interesting because we’ve worked together for ten years, so [laughs] it’s funny— the question of “What did I learn from The Katydids?” is overwhelming, because I feel like I’ve learned so much. When we started doing improv, The Katydids was the first group for which I felt the most comfortable being myself and challenged myself. It’s really fun to be a part of a group in which we think everyone is so talented and so smart and that you’re excited by what they have to say, because that makes you rise up to meet them and be like “yes, yes and what about this?”. So I think that the group as a whole has really succeeded in helping me find my own voice and get confidence in myself to go out there and to be my best self. In terms of the future, I do think that, yes, we will always somehow work together. I don’t know about in the next year, but I think that The Katydids—we’ve been together ten years, so we’ll always be family. And we’ll always be doing something together—even if it’s just an improv show or writing or acting, because as corny as it sounds, we really do love each other [laughs].

Teachers airs on Tuesdays at 10/9c on TV Land