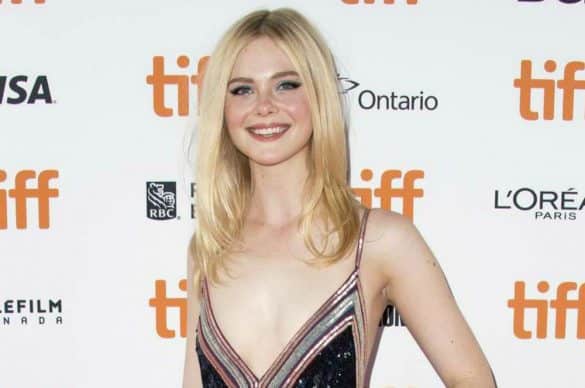 Elle Fanning gives a breathtaking performance as Violet in Max Minghella’s uniquely-crafted directorial debut Teen Spirit. There’s something uniquely special about the versatile actress, both on screen and off, which we discovered as we sat down with her at the previous year’s TIFF and then again at last year’s festival (and, for good measure, interviewed her elder sister Dakota at TIFF as well, in the same venue one floor below, coincidentally).

Elle projects wisdom and warmth during the interview process, and the following is a condensed and edited version of our intimate chat from TIFF 2018 with the fascinating performer.

What was the hardest part of crafting this role: was it the English accent, the Polish, the singing, or performing?

Elle Fanning: Where do you start [laughs] with the challenges here? [turns serious] Yes, there’s definitely a lot of traits that I had to learn for this. I would definitely say that off the bat, Polish was the most difficult. I don’t speak any other languages and I definitely don’t speak Polish, but it’s definitely become a key component to my character, that she is from an immigrant family and a different culture. And I didn’t want to lose that aspect, because I know when I was hired, it was kind of Max’s surprise that an American was playing this part. [laughs] I have to learn this English accent and I also have to learn this Polish, and so for me, it was such a great challenge, but I also didn’t want him to lose that fact, that Polish storyline, it was very crucial, so I wanted to get it right. So I practiced with a guy named Patrick and he taught me the lines. So sadly, I can’t speak the language [chuckles] I can just kind of say my lines and really get my mouth around the setting, it’s like they have different mouths on those, we speak in a different place and the tongue…now we’re getting really technical, but that was hard.

And singing was something that I had always dreamed, like when I was younger, I would want to be an actress or I would want to be a pop star. I had this secret desire to perform on stage when I was little and have this kind of pop persona, and I was like ooh, maybe one day I could achieve that. I think that there is something inside everybody, everyone, even if you can sing well or you sing badly, you dream of performing and having that audience. It’s just a little secret thought that we all have. I sang choir in school and I got a solo one time, but that was basically the extent of it, and so I think that it’s kind of a surprise to people that they know that I can sing. But it was very hard work. I mean the moment that I met Max, the day after meeting him, he was like “now your work begins”, and I went out with Marius de Vries, who did La La Land,  Romeo + Juliet, Moulin Rouge!, all the music for that, and he worked with me and he had just come off of working with Emma Stone, so he had a lot of stories about working with her. But it was amazing to really feel the growth, because I worked on this for three to four months, and being able to really see the growth and then hear the growth of myself, I was like “wow, I was able to hit a note that I couldn’t before” or “this doesn’t hurt any more”. It’s a really incredible experience to see that, and it’s especially how Violet was as well, that she’s growing as a performer with help and all of the sessions. They would make me listen to all of the songs that I sang–they would make me listen to them back. And in the beginning, I was like “really?”, like “this is what I sounded like?”. Because as an actor, I don’t watch my takes or my scenes, I don’t want to analyze or overthink things, so this was different because it was very technical, or I need to listen to hear what I am doing wrong, and that helped me a lot. I could hear at the end “wow, we’ve come a long way!”. Also getting to do the live performances, you’re breathing and having to sing for 12 hours of the day! [laughs]. 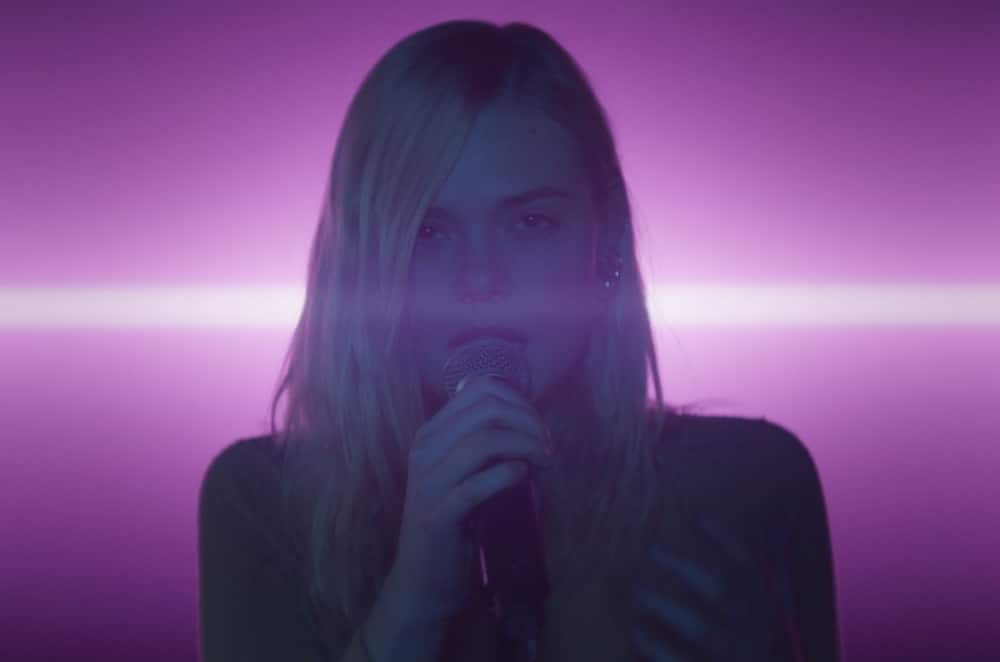 Do you see some of yourself in Violet?

EF: It’s interesting because Violet doesn’t smile a lot, she doesn’t laugh a lot either, and she’s not like me in my personality. I’m someone who probably smiles and laughs more than the average human being. I’m very expressive with my face.  [laughs] Violet is not into that, and that’s something about which Max and I talked, her upbringing and her culture and her way of life, and just her feeling of being an outsider and also just her personality of being introverted and also that time in high school, in which nobody knows who they are in high school. And then playing someone where we would really monitor my smiles, and it was really fun to play. I also think that I have a real side to myself that is like Violet and it was cool to lean into that grittier side of me. I really enjoyed it because then you get to have that release in the music, and for Violet, her emotional release is in that. And also, I feel that I have that hunger to succeed, I think Violet has that, and I have that in myself of that desire to be the best at what I do. Whatever job anybody has, I think that they have that desire to be the tip top of of your own field and you dream of that. I think that I have that fire in me, everybody does, you just have to find it.

Do you tend to go after particular directors and/or particular stories in your career arc?

EF: This movie in particular is one of them in which I think of it as “I tracked him down”, I really did. [laughs] And I would do it again. [giggles] When something feels right and you feel passionate about something, I will definitely do it.

I wanted to pick up on the thread of incredible roles leading up to Teen Spirit. Last year in our interview, you were talking about working with a lot of female directors.

And so many female cinematographers as well, which is rare.

Do you think that there is an arc with your chosen projects, and especially with this role, that you have found that niche of being really non-glamorous and finding that passion and joy within those characters?

EF: Whoa, thank you! I do. I feel like the more I am unglamorous,  the more amazing I feel, like on a movie set, and I feel a lot of actors would say that, the more real or dirtier or grittier you feel, you just feel closer to being grounded and being human, and I do love that feeling. This movie, it is a small movie, because of the budget and the money, but what Max did on screen, how big it looks, to me, it is really mind-blowing. It felt very big on the sets, because I’ve never done big performance pieces like that before, and we would have sound checks and execs there or music producers and dancers, and we’d have rehearsals. It did feel oddly big in a way, but I was excited–I’m always excited to sort of strip down. Max didn’t want me to wear any make-up, and have my hair back, it was very knotted most of the time, but I think that it also makes for a really great transition of what Violet then becomes. That’s why I watch a lot of singing competition shows – I’m a big fan of American Idol, and I think that’s what excites everybody about those shows, is that you see an average person, you know walk on the stage, and they’re dressed like you and they are you, and then they can do something extraordinary and have this amazing voice and it surprises you, and that was something which I was so drawn to. Yeah! Thank you! Nice to see you again!