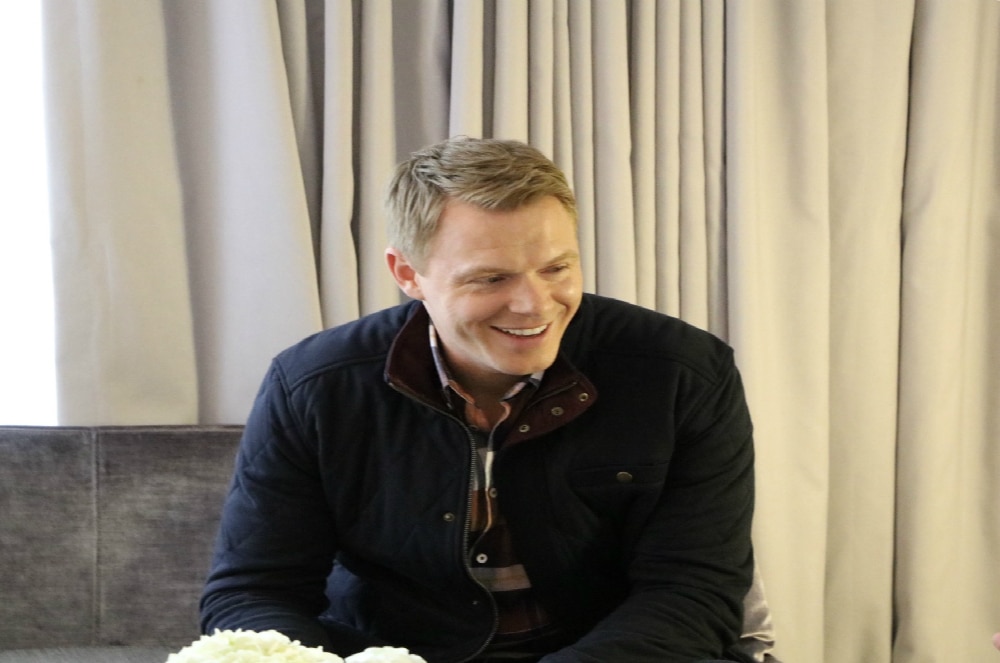 It’s always a pleasure to speak with an honourary Torontonian, and man’s man Diego Klattenhoff certainly fits the bill. Despite spending his early years in Nova Scotia, he moved to Toronto as a teen and lived in the city for about seven years. He went on to star in a number of wonderful projects, and returned to his adopted homeland for the Rogers Upfront, to celebrate that City will now be the exclusive Canadian home of new episodes of his show The Blacklist, in which Klattenhoff plays special agent Donald Ressler. The charming actor has a legion of fans, so we were excited to sit down with the actor in a downtown Toronto hotel suite to talk about his impressive career.

The following is a condensed version of our conversation.

Brief Take: Welcome home! How does it feel to be back in town?

Diego Klattenhoff: It always feels great to be back in Toronto. It does feel like a home to me! I’m very happy to touch down and tour around and see what’s new.

Brief Take: And now your show will finally be on City!

DK: It’s terrific. I lived here for seven years and City was always on. They always get terrific shows and great content. I couldn’t be happier. I love The Blacklist and I love being on it.

Brief Take: If somebody has never seen The Blacklist before, what would you tell them about it?

DK: Short pitch: the world’s most wanted man turns himself into the FBI after twenty-five years on the run and says “how about I make you a deal?”. He’s the concierge of crime, and he says, “you’re going after the wrong criminals. You don’t even know about the real criminals, the elite criminals of the world. I will deliver them for you, and if you in turn let me work with this one agent who is fresh out of the academy”.  And she doesn’t know their connection, only he knows it. So they put together a special task force that has been trying to find him. My character was looking for him for years. So they put together this task force and we work with him and work together in conjunction with him and always keep an eye on her.

Brief Take: Do you stay close with anyone from Homeland?

DK: Well everyone’s always around. I mean, Damian Lewis, I ran into him not too long ago. David Harewood and I always text and talk and he’s out in Vancouver, well back in London now. Morena Baccarin, she’s in Manhattan. We all went through such a great experience together and spent so much time together that there’s a good bond there so inevitably, you just cross paths. But I would love to do comedy.

Brief Take: You were in one of the greatest comedies – Mean Girls.

DK: Yeah, it was another one of those experiences, one of the first ones in which I read the script and immediately went “okay, this is really special”. All the different characters were so well-written and so fleshed-out or the people that they cast in them. All these people that you didn’t know and nobody was really talking about – Rachel McAdams at the time, and my best friend who I met on the set, Daniel DeSanto. We were sharing a trailer and just kind of saying, “this is a one of a kind experience”. Still, thirteen years later it is a relevant movie. Kids watch it and they come up to you and go, “Oh my God, you were that guy! [Shane Oman] Why are you so old now?!” *laughs*

Season Five of The Blacklist will be seen on City this Fall.