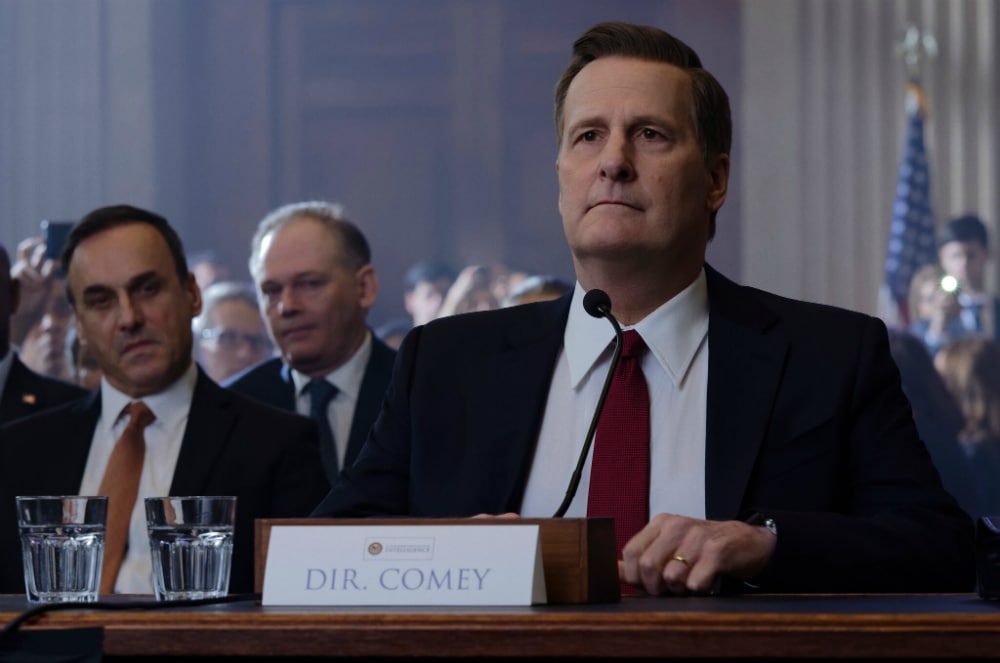 The Showtime miniseries The Comey Rule is engrossing, at times infuriating, and the most necessary show you will watch prior to the U.S. elections. Based on former Director of the FBI James Comey’s number one New York Times bestselling book A Higher Loyalty and more than a year of additional interviews with a number of key principals, The Comey Rule is an immersive, behind-the-headlines account of the historically turbulent events surrounding the 2016 presidential election and its aftermath, which divided a nation. In the program, Jeff Daniels (Godless, The Newsroom) portrays Comey and we were given the exciting opportunity to chat with the acclaimed actor about his views on Comey’s actions in 2016, the upcoming U.S. election, and much more. The following is an edited and condensed version of our Zoom video conversation.

Brief Take: Hi, Jeff! I’m curious what your viewpoint on Jim Comey was prior to filming and how you view him now?

Jeff Daniels: Like everyone else, I was kind of reeling from “grab ’em by the pussy” and then he re-opened the investigation into Hillary’s emails, a month to go before the election, and I don’t remember exactly how I felt other than “what is he thinking? what is he doing?”, because it looks like he’s on the surface, and if you get your news from other than Twitter, it looks like he’s taken a run at Hillary and you just don’t understand it. Having shot it and now it being four years later, I learned what he was thinking. Why he did what he did. And that maybe the rush to judgement on him being self righteous and out there for personal gain was either premature or wrong. I found that he did things from apolitical position, which in a politically divided America is like a foreign being. He was one of the first apolitical people to come forward and do things for those reasons. He never viewed things politically, he saw the rule of law and what was right, justice, and the integrity of the FBI – that was his North Star. Since then, we’ve been introduced to people like Fiona Hill and Marie Yovanovitch and William Taylor and Colonel Vindman, among others. Jim was one of the first. And apolitical, we now understand what that is and that if we don’t have apolitical people in this country serving on our government, then we won’t have a democracy for very much longer.

What drew you to the role and what did you find challenging about capturing such recent events?

JD: I didn’t know how to do him, and since The Newsroom, that’s been the key for me because I know if I don’t know how to do him, two things will happen: I’ll risk failure, and therefore I’ll be motivated to succeed, and I’ll stay interested. I’ve been doing this a long time and if I were an actor playing the same character time and time again, I’d be out by this point. I’ve always been raised as an actor to do as wide a variety of characters as possible. That’s one of the reasons I did Dumb and Dumber, was so that I could also do Will McAvoy and also do Jim Comey. I like that kind of range. Comey fit all of that; he’s a simple, true, apolitical, heading right towards the North Star called justice kind of guy, in a very corrupt and deceitful administration. As a drama, it was great storytelling and that’s what you want. You want obstacles like what Trump is versus what Comey is. That’s just good drama. So I found that really interesting, and smart on a whole other level because they’re saying one thing but meaning another, and it’s just great stuff to act. I don’t know why they keep asking me to do this kind of stuff, but I’m glad they do.

How did you prepare to play Jim Comey?

JD: Right away I read Jim Comey’s book, soon after that I listened to Jim read his book – he did the audio book – and on YouTube the internet has thousands and thousands of Jim Comey’s appearances, whether it’s in Washington or in front of the Senate, or the Stephen Colbert show where you get to see Comey’s sense of humour. I just looked at all of that, listened to all of that, and kept going back to the book and the audio book, which helped a lot. You could hear how Jim, even though he’s reading it, in a way you could hear how he thought of it and how he expressed himself and how he told this part of this particular story in the book. It let me in without having to impose myself on him and go to his house and live in his house for six weeks.

The end card states that U.S. intelligence agencies have now concluded that Russia is actively interfering with the 2020 election, just like they did in 2016, and that the President has yet to acknowledge this finding. What is your take on that and why do you think he gets away with everything?

JD: Well we’re going to find out whether he gets away with everything on November third when we have the election, for starters. I’ve always felt that Trump is hiding something, I think he still is. And Jim Comey was one of the people that was tasked with finding out what that was or is, still is. That was one of the reasons that Jim Comey was fired, was because he wouldn’t pledge loyalty to Trump, which meant that whatever Trump was hiding would be dismissed or that the investigations would be stopped. Under Jim Comey, they would not have been because he did not accept that. He did not say “yes sir, you have my loyalty” and then behave accordingly. He did the opposite and got fired. 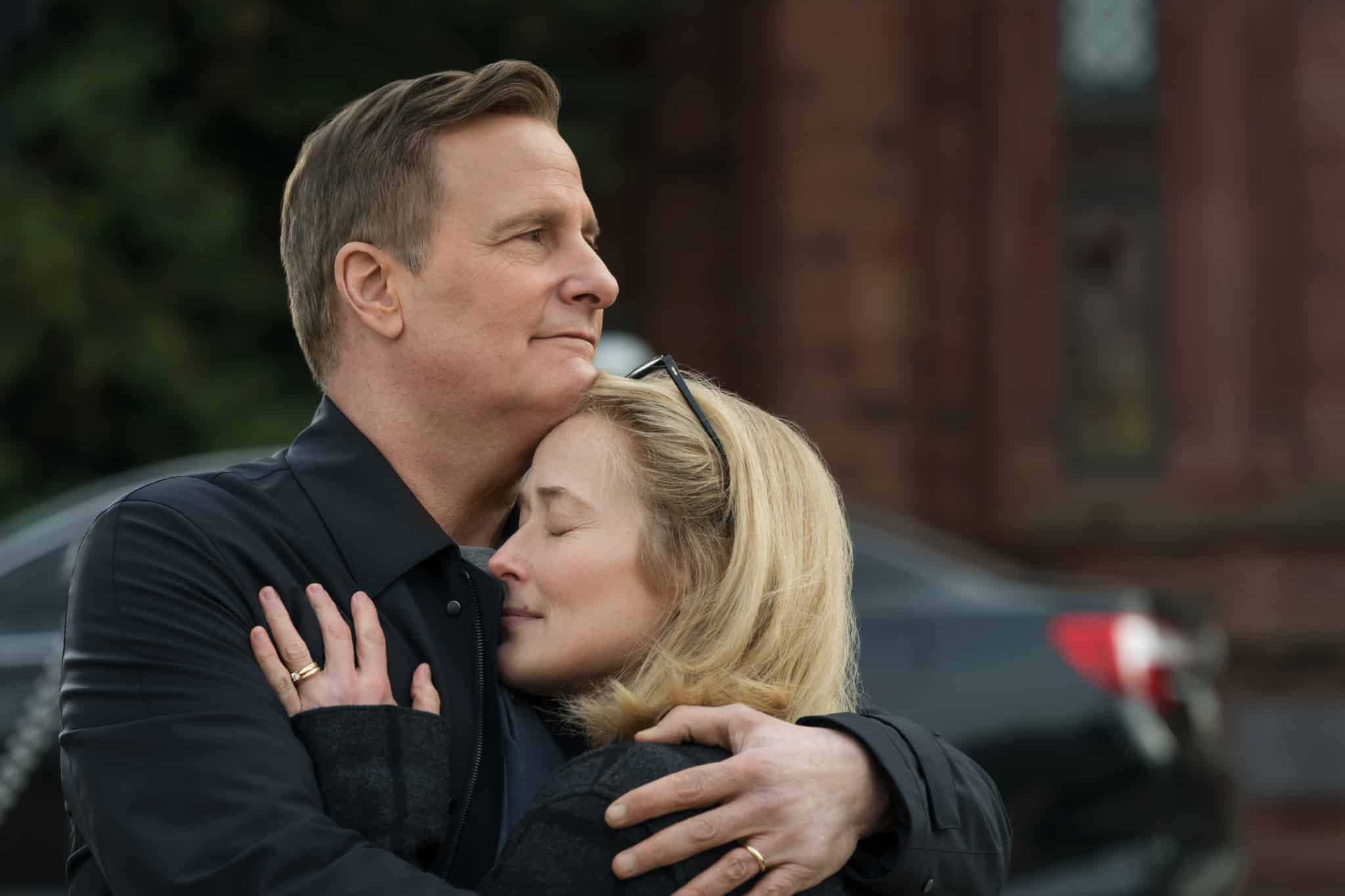 With The Newsroom, The Looming Tower, and now The Comey Rule, contemporary political subjects seem to be your niche. Do you seek out these type of projects?

JD: I think sometimes it’s just coincidence and happenstance. Part of it, I think, is it all stems from The Newsroom, and to be able to handle Aaron Sorkin’s dialogue, that’s a lot of work and it’s not easy. But apparently I make it look easy, so I get more of that. That’s kind of how Hollywood works – they want you to do what you did, just do it for them. So that certainly led to The Looming Tower. Will McAvoy was a complex character and that’s what I’ve gotten since then. The offers that I’ve gotten have been more along those lines. Here’s an actor who can handle that character’s intelligence, lots of dialogue…The Looming Tower, Godless, Atticus Finch on Broadway, and then Jim Comey. Those are all complicated and complex characters, and frankly, I’m glad. If that’s the brand, I’ll take it.

What was it like acting opposite Brendan Gleeson as Trump?

JD: Brendan Gleeson is the kind of actor that I love. There’s no bullshit, there’s no drama, he comes in absolutely prepared, doesn’t want to rehearse, doesn’t want to run lines, because I don’t want to either. I just never asked him. We did our first scene together, the loyalty dinner, and I think I met him before in the makeup trailer. Completely nice, terrific guy. And then no rehearsal, didn’t run lines, the next thing you know we’re sitting in that loyalty dinner scene doing eight pages of Trump and Comey, mostly Trump, and Brendan came in with no rehearsal, nothing, and just nailed it. And you’re going “this is the kind of actor I was hoping we would get for all of the roles”, and we did, but in particular, Brendan just…you want to work with people like that who do all the work it takes to make it look that easy, and Brendan is one of those people. With Comey too, we didn’t what I call ‘put ornaments on the tree’, we had a hairpiece, I put some lips in, but other than that, a little bit of a vocal thing, but other than that I wanted you to read my mind. I wanted you to see Jeff but hear Jim and hear Jim thinking. That’s a film acting magic trick. Brendan did a similar thing – the hair and the suit and all that was secondary to the spinning of Trump’s brain. What is Trump thinking, what is behind Brendan Gleeson’s eyes that says ‘there’s Trump, I see him’, and seeing Trump in a way that you don’t see when he’s in front of the press or on TV being a celebrity President. That darkness, that private menace that is in there, you could see that three feet away and you could see it in Brendan’s performance. 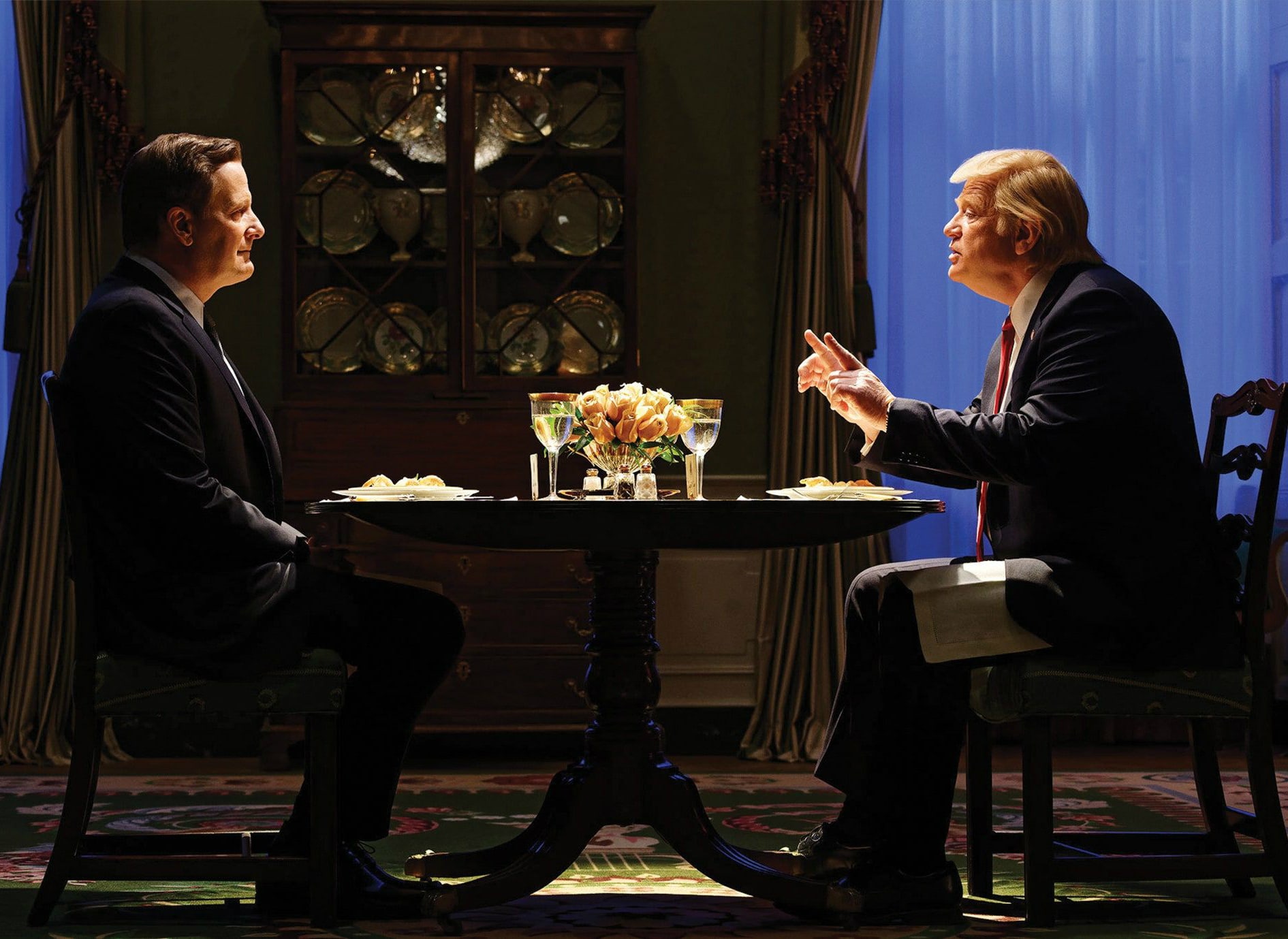 Do you think this program will be a good reminder to the American people of Trump’s history?

JD: I think it will help Americans know more and get them more informed about something that they think they know, but they really don’t. I didn’t. You’re going to know why Jim Comey did what he did, and I think if their reaction is the same as mine, to seeing it, it will be “oh my God, what happened to Jim Comey was just the beginning of three more years of even more of it on a daily basis”, and that’s what I thought. When I finished watching The Comey Rule, I went “oh my God, it was just the beginning”, and I didn’t know that at the time.

How did you feel about the depiction and characterization of Trump in the program?

JD: That’s Billy Ray’s call, the writer-director. We were all under instructions and all of our approaches were the same, and that’s what happens when you hire really great actors, they work from the inside out internally. Certainly with Brendan Gleeson, the hair was there, and the suits, but they’re almost secondary to what Trump is thinking. We want to get in there, and I think that’s what everyone did on the show, particularly Brendan and myself. We wanted to get inside these two men and try to get an idea of what they’re thinking, certainly through Comey’s point of view, which is what this particular show is. It’s Comey hearing Trump, and it’s what Comey is thinking, which is “oh my God, he wants loyalty to him?”, and to catch that moment on Comey’s face, because you’re thinking it, that’s what we all chose to do. You see Trump, but what you see is Brendan Gleeson, but inside Brendan you see Trump. It’s a film acting trick but we all took the gamble, and fortunately it all worked out.

The Comey Rule premieres tonight, only on Crave