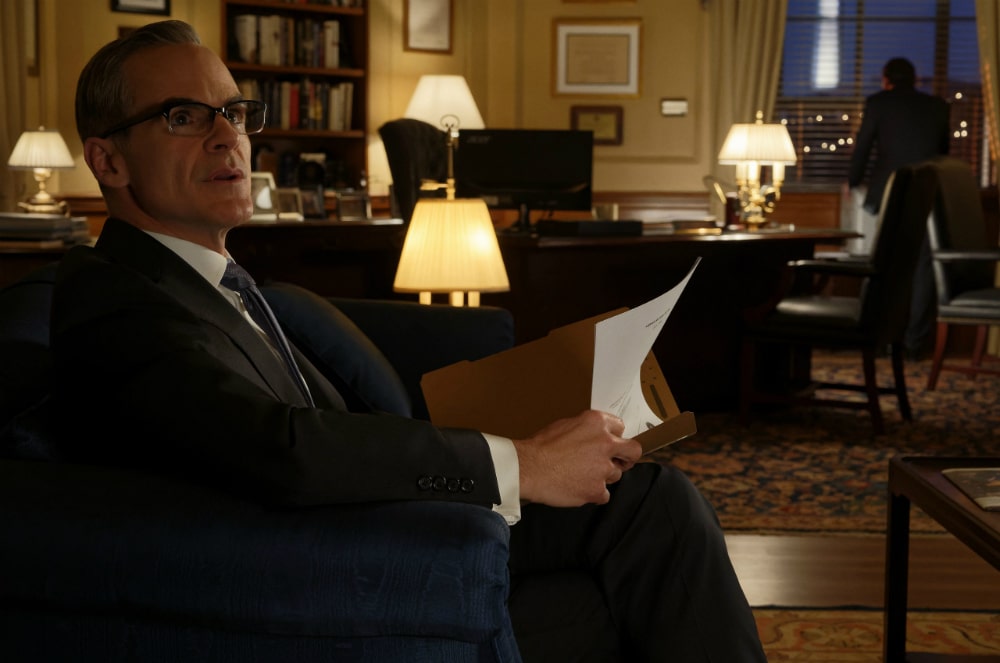 You wouldn’t know it from watching him in shows such as Tom Clancy’s Jack Ryan or House of Cards, but Michael Kelly is delightful. In our Zoom video conversation to speak about his portrayal of former Deputy Director of the FBI, Andrew McCabe, in The Comey Rule, Kelly is playful, sharply intelligent, and radiates lighthearted positive energy (which makes his performances as stern, resolute men all the more remarkable). The following is an edited and condensed version of my in-depth chat with The Comey Rule star Michael Kelly.

How did you feel about portraying Andrew McCabe and what are your feelings about the upcoming U.S. election?

Michael Kelly: I think any time you take on someone real, it’s incredibly intimidating, especially someone like Andrew McCabe who I highly respect, and especially when that person is still living and is going to watch you be them. [laughs] But I welcome the challenge and I wanted to tell this story. I thought it was incredibly important for people to be reminded of how this all started.

In terms of how I feel about the election, intelligence agencies here in our country know for a fact that interference is being done again by foreign actors, we know this. It happened in ’16, it’s happening again in ’20, so I don’t know. I just pray that we will have a peaceful transition of power come January. [laughs]

Do you think this program will change how people view the American political system?

MK: I’m very involved politically, I’m very knowledgeable about politics in this country, but a lot of Americans aren’t. I think to go back and see how norms were shattered with not just this presidency, but this election process, the way that it happened and the way that we know for a fact that there was foreign interference in our election. And look, that happens all over the world, I’m not going to say anything about that other than we know it happened. We know that it’s happening again in 2020. To remind people with this show, with this project, in a very bipartisan way, to remind them that this is what happened. If you don’t keep your eyes open and you don’t pay attention, if you don’t vote, you can watch democracy, which is something that we take for granted in this very young America, it can go away. It can easily go away. So I think the importance of this show is beyond television and beyond politics, it’s everything. Pay attention, man. Pay attention.

For me, this project was especially important because I wanted to tell this story and I wanted to tell it honestly. Look, I think people on the right and the left are going to be infuriated at times and happy at times, and what I want more than anything is for there to be conversation, for people to talk, on both sides on the aisle. I try to engage on social media with both sides of the aisle and go “yes, but why?”, or “why does that make you mad?” or “why does that make you feel the way it makes you feel?”. To evoke emotion, as an actor, is what you want. So I’m pretty sure we’re going to evoke emotion with this one. [laughs] 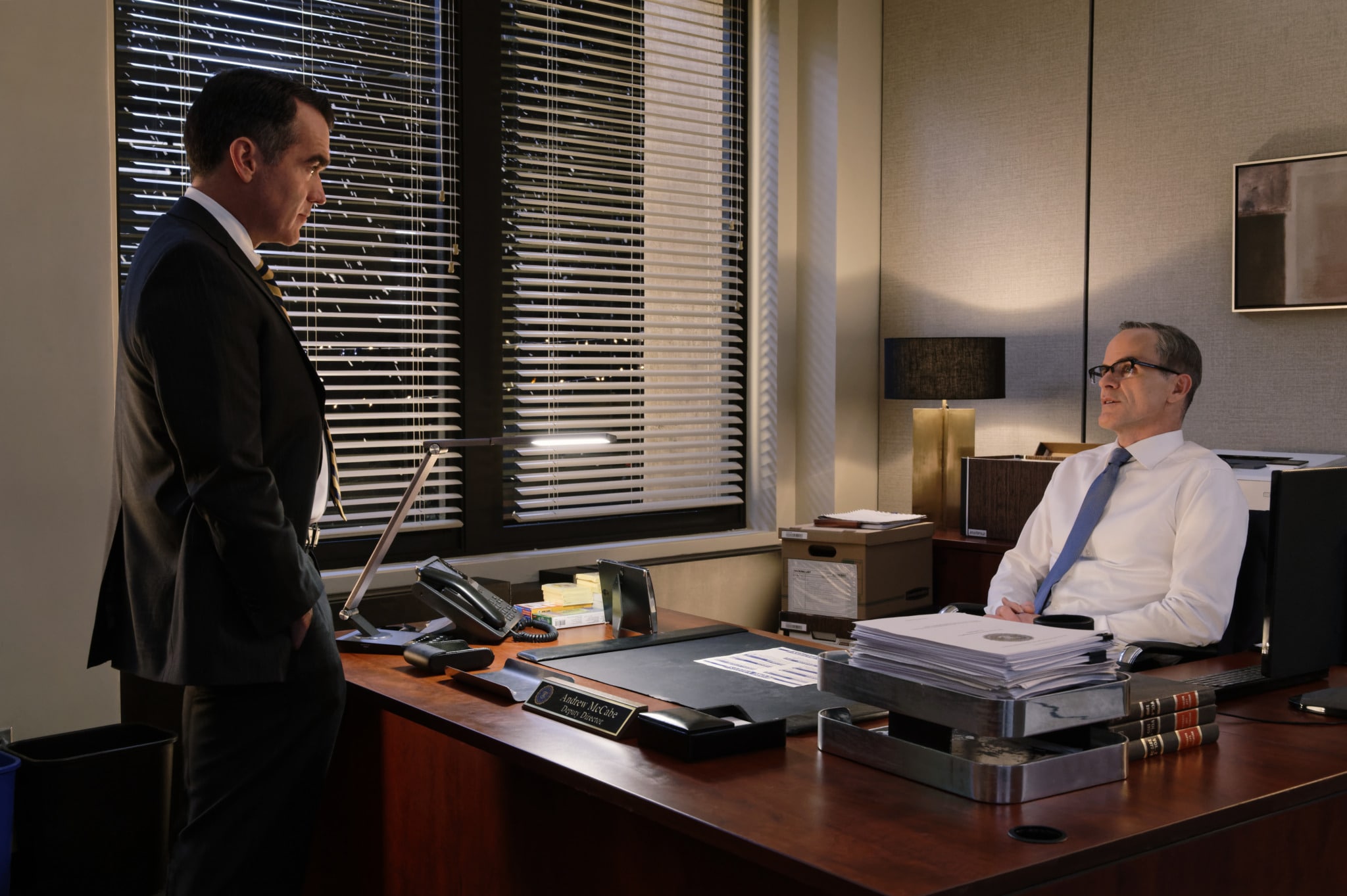 What would you say when, or if, Trump were to criticize you for portraying a man who stood up against him? He’ll probably do it via Twitter so would you respond to him?

MK: [laughs] I don’t know. I will tell you a funny thing about that though is that my Manager said that if he does lash out at me via Twitter, that he has first dibs to be the one to frame it and put it up in my house. [laughs] I have agreed to do that. I mean I have to tell you, I would love and relish a Donald Trump tweet that read something like [in Trump voice] “D list actor, worst of the worst, goes and plays the false lying Andrew McCabe.” That would make me very happy. [laughs]

From Doug Stamper to Andrew McCabe, you’ve been a part of a number of politically focused productions. What’s the reason these serious roles are offered to you?

MK: I don’t know, man, because I’m never that serious. I never stop smiling and laughing. I mean obviously there are things that certainly have happened in this country that have made me stop smiling sometimes, but for the most part I’m a very happy person. So I don’t know, you could probably go back to Dawn of the Dead and I played that character, and after that everyone said “oh, you want that tough guy bad guy? take Michael Kelly”, and for me, as an actor, I feel incredibly grateful to work and to work on projects like that. I feel grateful and I don’t know why it is the way it is, but I’ll take it.

How did you prepare to portray Andrew McCabe and have you received feedback from anyone affiliated with the FBI?

MK: I had and have a pretty good understanding of politics in this country, that’s something that’s very interesting to me. So I knew everything about the 2016 election but then as far as Andrew McCabe goes, I knew what the public knew about him, but I wanted to go further than that. So I asked if it would be OK if I would meet with him and he said we would certainly be able to talk. Then one day I was sitting here in my apartment in New York and he said “hey, I’m in the city if you want to meet up for a coffee”, and I was like “uh yeah, sure!”. [laughs] So I jumped on my bike and we went on what started out as a coffee and ended up being a nice long lunch together, and I learned a lot about him and about what his thought process was during all of this. That gave me insight beyond my general knowledge of what happened. 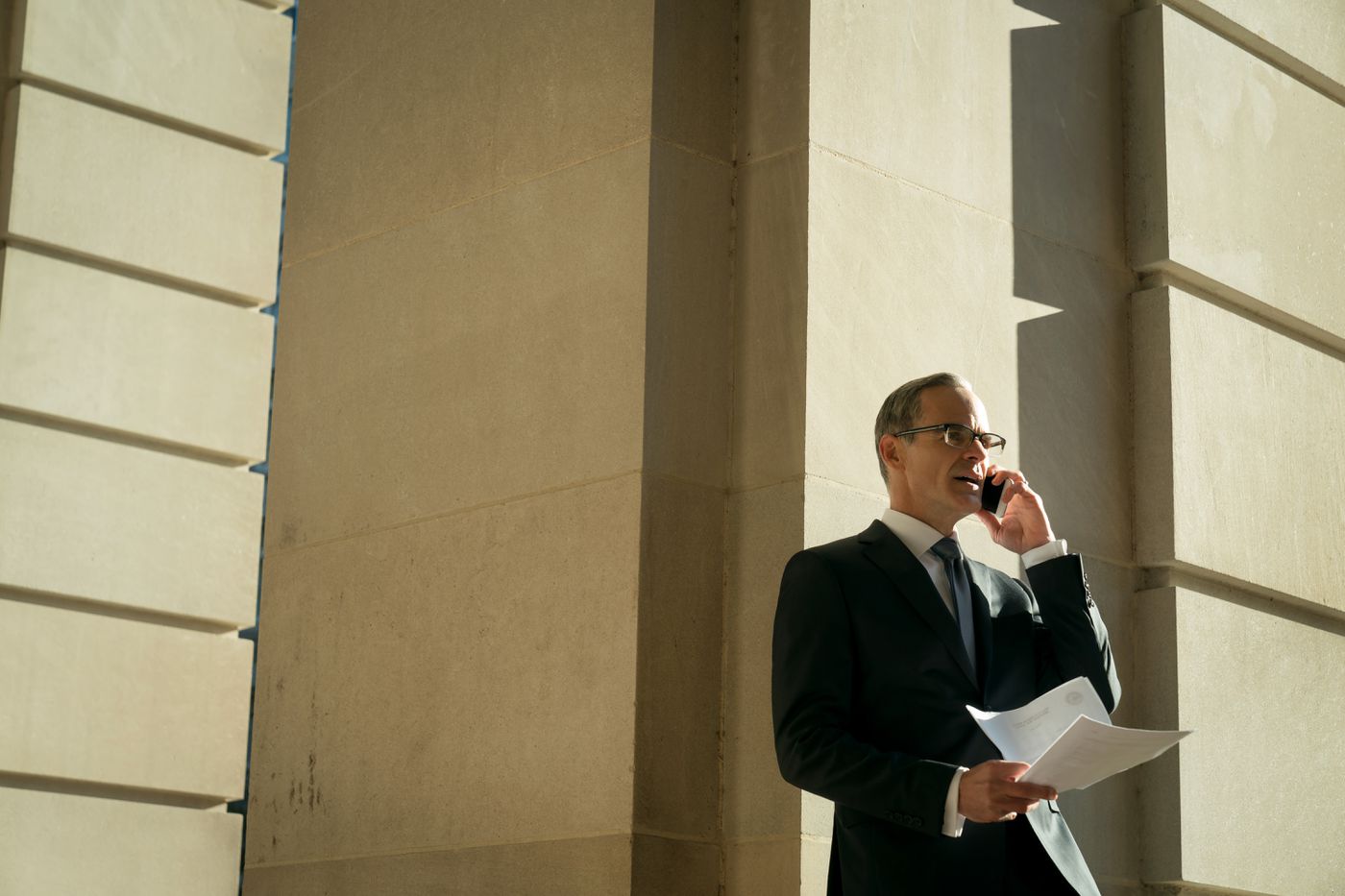 When doing your research on the FBI, what did you learn that surprised you?

MK: I think what surprised me the most, and it’s something that I kind of knew but not really, that these people in the FBI and CIA in our country, these people are people like me and you who decide to dedicate their lives to public service. These are people who could make a lot of money in the private sector but choose to serve their country, to do it for their country, and I think it says a lot about the men and women who choose that career path in their lives. So to see them as every day people, like you do in our story, to see that it’s a very human story, they’re people just like you and I with families and this is their job. It’s just what they chose to do. And to see that some of them were just thrown through the meat grinder, so to speak, during all this is just shameful.

What was your experience like working with Brendan Gleeson?

MK: As far as Mister Gleeson goes, my God. My kids were like “you’re going to work with Mad Eye Moody, oh my God!!!!”. [laughs] They lost their minds. But me, my gosh, there were countless films that I’d seen him in and a body of work that is one of the guys that you look up to, one of the guys where you go “wow, I want a career like that guy”. But to see him do Trump the way he did, in my opinion, he so perfectly thread the needle of ‘don’t be Trump, just be”, he just got the essence of him, which is something that Billy Ray, the writer-director, wanted from all of us. He was Trump without being over the top. How do you do that?! [laughs] How do you do that?! I was blown away. I’ll tell this story to you because I think people are really going to appreciate this, but I was on set one of my first days and I didn’t know if Brendan had worked yet or not. They were talking about how well the show was going and how thrilled they were about everything, and it was me and Billy and Jeff Daniels. I said “how’s Trump?”, and they were like “we don’t know, we haven’t seen him yet”. And then Billy Ray emailed me and said, and I’ll paraphrase it, but it was something like “holy shit, he came in and crushed it. He just killed it.” And he went on and on about how incredible a job he had done, so I was like “OK, we’ve got a damn good show now.” [laughs]

Do you have a favourite memory from filming?

MK: I’ll give you three, it’s a bonus. One is the way that Billy Ray, as an aspiring director myself, at the end of every single day, before Billy Ray would walk off the set, he’d go up to every individual crew member, shake their hand, and said thank you to them by their name. So the great example that Billy Ray set, not just as an incredible writer and director, but as a person, to me, was awesome. Then another one would be Jeff Daniels playing guitar on set. He brought this little mini guitar and he’s an incredible guitar player. So aside from learning everything about acting from him, I also got to talk to him a little about baseball and guitar. Hearing that ambient sound while we were waiting for the next set up was great. And knitting, I learned how to knit on this set. Oona Chaplin, she plays Lisa Page, and she taught me how to knit. Then I taught my daughter how to knit, so that was pretty cool. 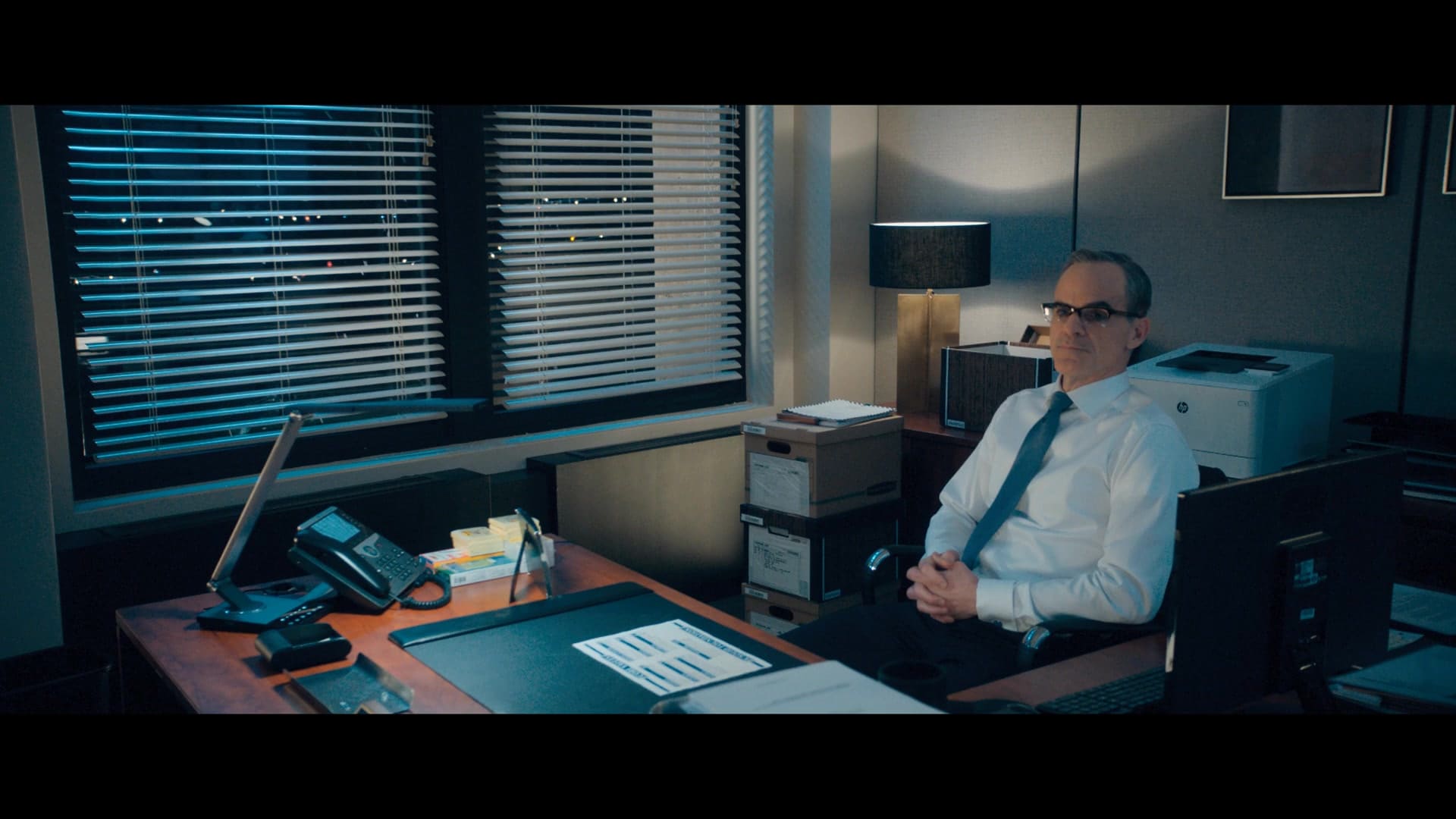 What are you hoping that viewers take away from this miniseries?

MK: It’s just an incredibly acted project and retelling of a story that so many of us forget because every day we’re inundated with a new version of crazy in this country. I think it’s part of the administration’s strategy, to be honest with you, to throw a new shiny object in your face every day to infuriate you over here while they do something to infuriate you there. For the audience to go back and look at that chunk of time prior to all the arms in our country being broken politically and how we operate as a country and see how it all happened. And to remind people that that’s how it happened, because we forget. I think our nation, the youth of today, us, me in my fifties and you in your age group have that thing where we today are online and go “oh my God, look at that story! look at that headline!”, we need everything so quickly so fast, and we consume content so quickly that we forget. I think for the audience to be reminded in a very plain bipartisan way ‘this is what happened, let’s not forget about how it all started and how democracy can go away so easily’.

The Comey Rule premieres tonight, only on Crave 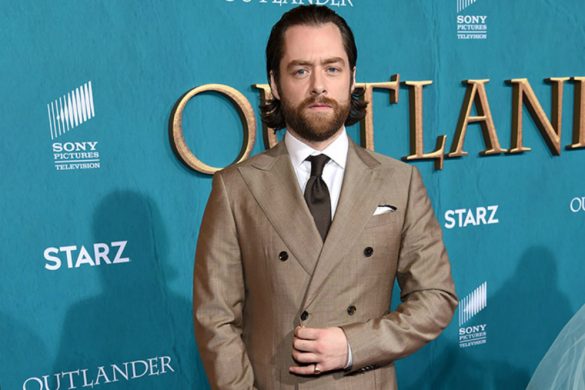 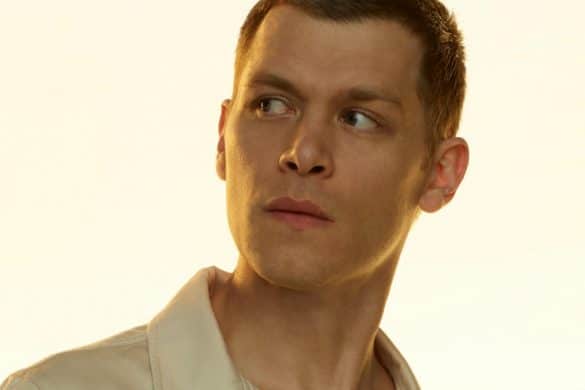 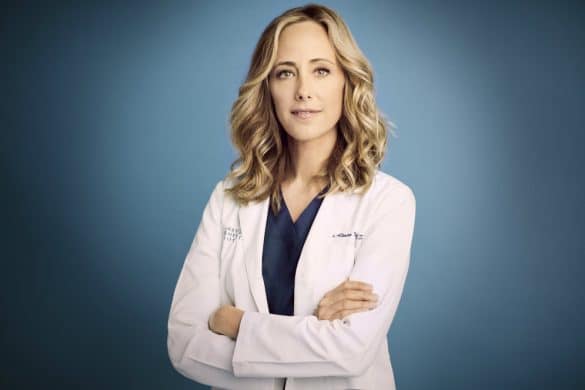