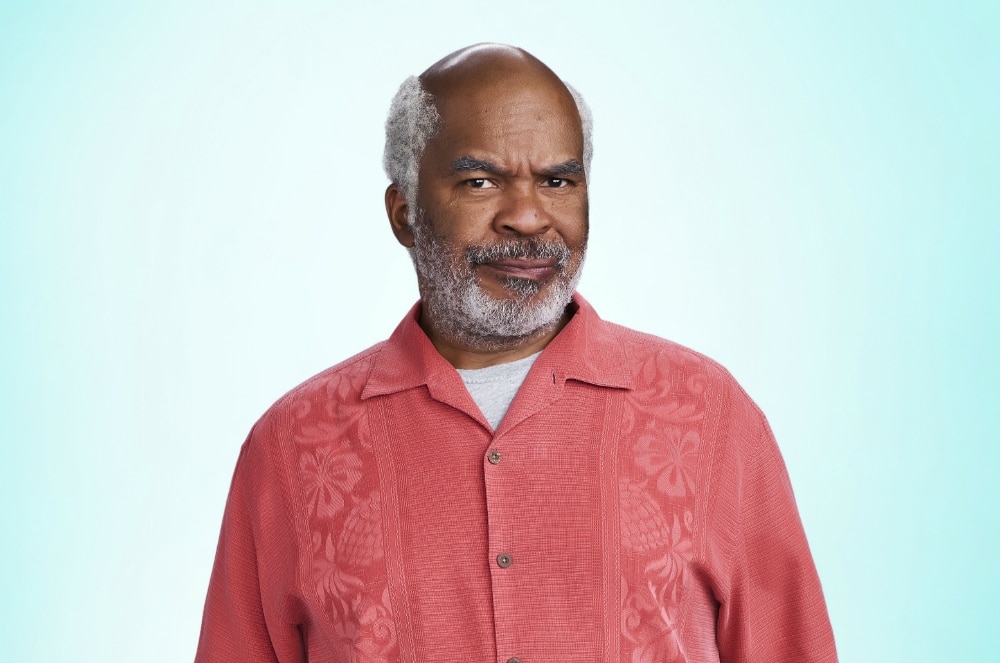 David Alan Grier is a pure pro. That’s basically the only way to put it. We sat down with the cool guy at a Toronto diner to discuss his new series The Cool Kids, created by Charlie Day. But really anything goes with Grier, so we ended up discussing his recent hosting gig at the Apollo Theatre (the night before), a joke about his Manager (who was sitting next to him in the booth), and pretty much his unfiltered take on everything. Consider me a huge fan as this was one of my favourite interviews of all time.

The following is a condensed and edited version of my interview with the hilarious David Alan Grier.

Brief Take: I couldn’t believe when I saw you in the series, because you do not look old.

David Alan Grier: You know what, here’s the deal, I think that they originally wanted to cast like older actors, but I talked them into it because I really wanted to audition, because I liked the script. Then I also looked up how old the Golden Girls were — Estelle Getty was the youngest one and she played the oldest character, and I think I won them over when I said “Listen, guys, I think this is going to be a big hit”. You know, massage their egos, and I said, “In ten years, where are we, okay?” In ten years, I’m 78, bingo! I’m croaked out. Let’s plan ahead! And they believed my bullshit. They did do this stuff in which they put this little bit of liquid around my eyes and it made my skin creep a lot, but it looked really really good. And I posted it on Instagram, and the response was, because people don’t know irony, no chill, “Whoa, you look like shit! David, what’s going on?” [laughs] And I was like [yelling] “This is from the new show!!!” 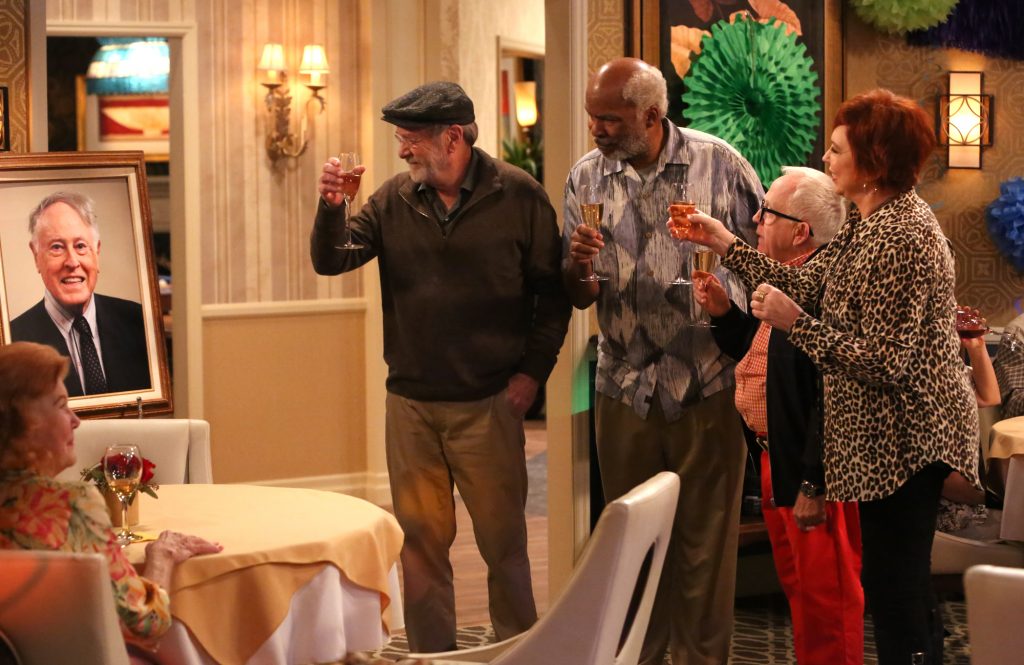 BT: And it’s a funny-looking show.

DAG: I hope so. I mean, I love Leslie Jordan. He is so naturally funny. When we’re sitting around waiting to do a scene, I’m just asking him a question. And he goes, like an Energizer Bunny, just story after story. Literally, like “where did you get those shows?” [miming] “Well, let me tell you a little story”. And he’s off and running. I love Martin Mull because I met him when I was in high school, I collect art, which is his second career, I mean, he is always a trained artist. He signed to The Great Gallery and started showing his paintings, loved his paintings, and we became reacquainted and now we’re acting together, which I hope, between us, means painting from Mull. David’s birthday, big painting.

BT: You just fall into an easy rapport with the cast.

DAG: Yeah, I never knew Vicki Lawrence and she’s the only person in the main cast so far. But I feel like I grew up watching her, and I didn’t want to piss her off with a bunch of Carol Burnett stories, but then they sort of slipped out after a while, and I feel like she was like “just get it all out of the way”. 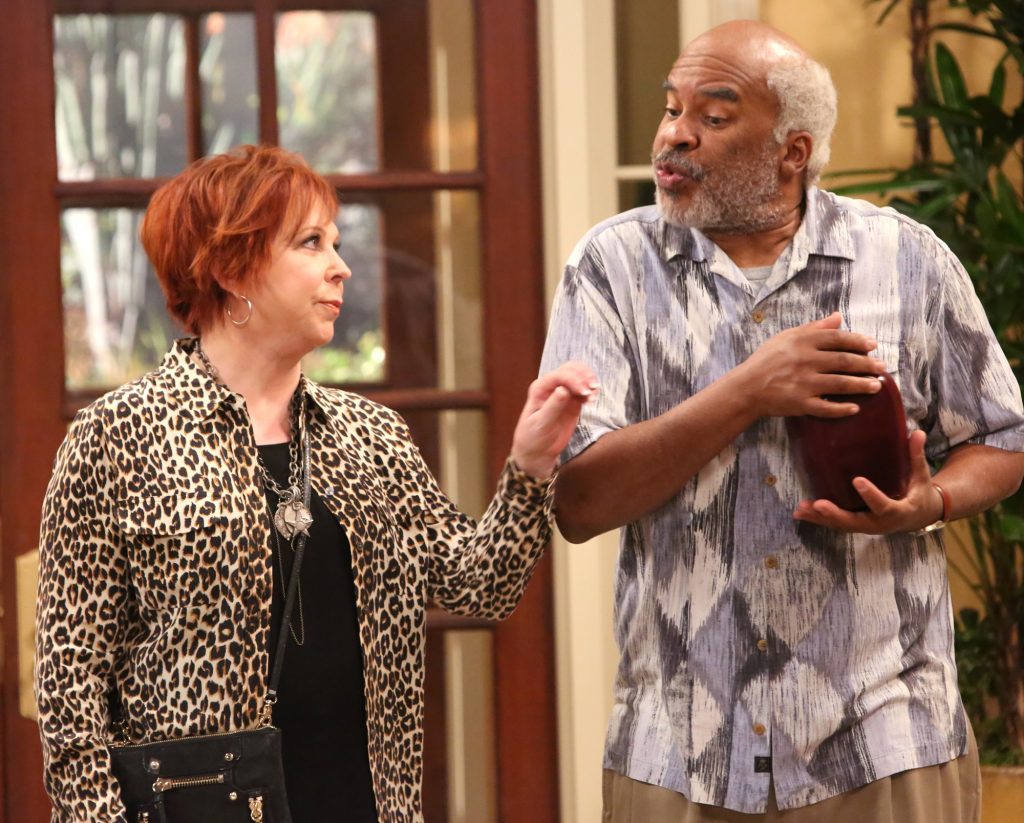 BT: What do people want to hear about in your stories?

DAG: Just really racist stuff, like “What’s it like to be Black?” or “Is the myth true?”, I’m like “yeah, it’s true, it’s cool”.”Do all of you people rap?” and I said “Hip-hop, it don’t stop”, so yeah, stuff like that. Normal stuff. I know these are very perilous times. People are walking on eggshells. No! I guess it’s In Living Color, I mean, every day, which is fine. There was a guy, I think on M*A*S*H, I guess he played Radar, and he was tortured by his role, and I’m like “I’m not that dude”. I loved that show and I loved doing it, so it’s a part of my life and it’s not the ugly mole on my shoulder.

BT: You’re still hosting big shows, like last night you did one, right?

DAG: Yes! Listen, you’re talking about the Apollo? Do you know who performed at this show? Bell Biv DeVoe. Salt-N-Pepa. Brandy. The theme was the nineties, so I was right in my sweet spot. It was amazing, because if you know anything about New York culture, this was right around the time when everybody does their galas, does their benefits. Usually it’s a bunch of rich people, old, they give each other awards, because you give me $50,000 and I’m going to give you an award with your face on it. There was part of that, but then these performances were so hot, and this band, it truly was the most fun gala I’ve ever been to, and I’ve been to a lot.

BT: You must have seen it all.

DAG: I’ll tell you one last story. People really don’t use cue cards any more, that’s old technology, but when we were dealing with In Living Color, we had cue cards, and some of the stuff we did, and we reused them. So I came by and the cue card guy, these letters were so big, they were literally like two, three letters on a card, and I was like “what is that?” and he said that they were left over from Bob Hope. And he’s already in his nineties, so that’s how big the letters literally had to be. It was like three cards for one “stop”. I should have saved one because it’s unbelievable, like in the archives.

BT: You were great on Loveline.

DAG: You know what? I loved doing Loveline and I also thought it was a very subversive idea. Their idea all along was to have Dr. Drew, who’s a medical professional, and then Adam Carolla, or someone like him, put everyone at ease, because this is really for young people. And for boys and girls, that put them at ease, and a little humour, sometimes, well, all the time we went way too far. [laughs] Like the craziest questions. They did it on MTV and this guy calls up, look his girlfriend loved doing vodka enemas, I’m not making this up, and her and her friends, they were trying to talk him into doing it. He really loved her and was like “Are there any health concerns?” and my answer was “Yes, you will slur your farts”. But I loved Loveline, man, it was awesome.