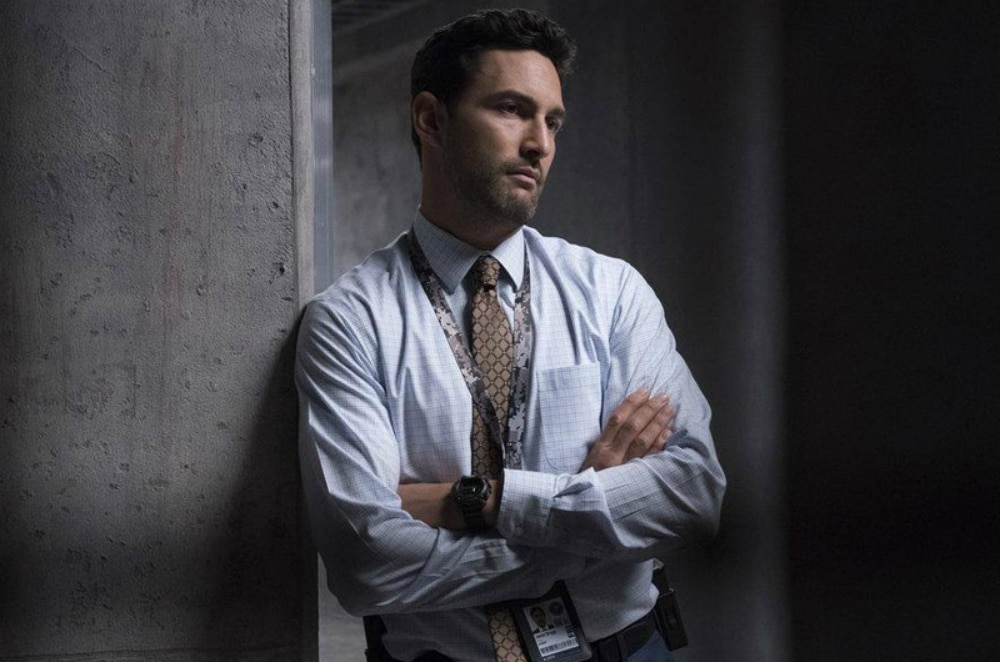 The Enemy Within is perhaps the most exciting drama on television right now. A huge part of that excitement is attributed to Toronto-born Noah Mills, who you may recognize from his top model days walking runways for the likes of Dolce & Gabbana and Michael Kors, but was a key part of the white knuckle thriller The Brave (RIP).  We chatted with Mills about his captains, Mike Vogel and Morris Chestnut, but also about how he considers this role to be a commitment and how it is important to put in the work, no matter which industry he’s in.

The following is a condensed and edited version of our interview with the refreshingly honest Noah Mills.

Brief Take: We really enjoyed The Brave and were really sad when it got cancelled.

Noah Mills: Me too. That was really my first significant acting job, following the lead of Mike Vogel – he was such a great captain and we had so much fun. We shot the pilot in Morocco, which features the type of on-location shooting where you all get really tight, and we had a lot of fun. It’s so competitive with network TV, and it was down to the wire whether or not they were going to pick us up and we heard great things. But it just ended up not happening, so we were bummed. Fortunately, I had done just a guest star on the pilot of The Enemy Within, because I didn’t know what was going on with The Brave, and that one got picked up. They offered me a series regular on The Enemy Within so I was so excited. I was grateful for it because I moved out to New York and I got to film a whole season of that, but they were so different. I think that there are some similarities if you look at the shows, and you’re like “Oh, they’re procedural action-dramas” but it’s such a different experience. Both awesome, but yeah. [laughs] I know they’re fast-paced, can’t miss a beat—even my Mom was like “boy, they pack a lot in there!”, and I was like “yeah, you gotta follow, you gotta follow”, especially this one because it’s a little bit more serialized and each episode the plotline grows, so keep watching!

BT: Speaking to your captains, Mike Vogel is phenomenal and Morris Chestnut is as well.

NM: Morris Chestnut is just the nicest, and between the dialogue, action and everything, there’s hardly a break to breathe, but he’s cool, calm and collected. He’s such a fun guy with which to work and I appreciate it! [laughs] And Mike as well! Both have this brotherly sort of camaraderie, and getting to shadow alongside these leads is such a pleasure. We get to spend a lot of time together and sometimes it’s uncomfortable! In this one we’re shooting in warehouses in North Bergen, New Jersey and it’s like 20 degrees out. And they’re trying to keep us warm, and Morris doesn’t deal with the cold very well, but you’re in it! And he’s just been awesome to work with, just awesome. I’m like “If this guy is cool, calm and collected right now, then you’ve got to be cool, calm and collected!” [laughs] I recently talked to Mike, he’s heading over to New Zealand I think to film a pilot, but he’s working, yeah. 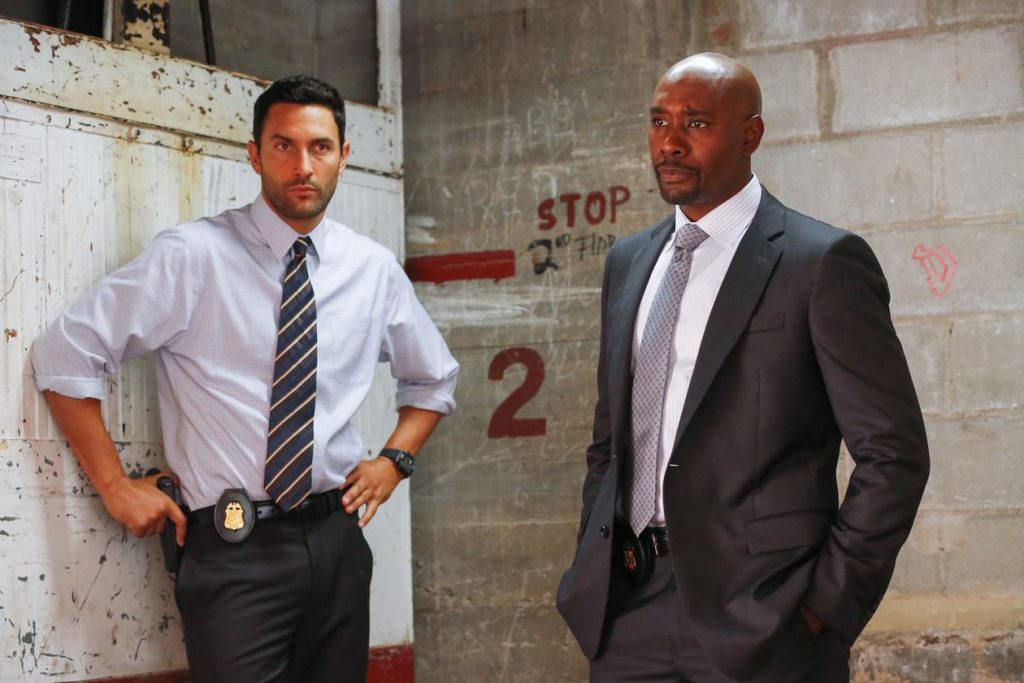 BT: It really speaks to work ethic. You’ve got to put in the work.

NM: You do! And it’s funny, you have all of these ideas that acting was a thing that I was having a hard time achieving. And for me, acting for so long was like a classroom, watching movies and watching TV shows, but really the acting I was doing was in the classroom. I did a little short. I composed and wrote this little short like years ago, like “I gotta know what it’s like to be on camera”. It’s funny, now, but after working on our show: it’s a day job. [laughs] It’s a tradesman’s job! You know, you show up, you work, you punch your card, you’ve got to be ready physically, mentally and you know your material, and sometimes, depending on the director, to a completely different set-up to what was written and changing lines on the fly. 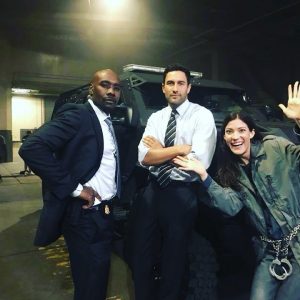 So I love that about the job. Sometimes I compare it to a professional athlete: you gotta just be ready, and there’s a lot of waiting, and there’s a lot of time that goes into it, but when it happens: it happens quickly. And Morris is so good at that—at just putting all of that together. And then with Jennifer Carpenter, there are other elements of gravitas that I was watching—and I didn’t get to work with her as much—I’m not in it with her as much, but man! She is like razor-sharp! You can hear a pin drop when she’s working. So it’s different energies, and I think that it all goes towards their characters. They’re fun to be around, but yeah, it’s a job. It’s a 9-6 and it has such a blue-collar aspect to it on set, and I love that, especially coming from the fashion world and it’s another beast, but I love the camaraderie and just the sort of work ethic of the set.

BT: Do you carry anything over from your modelling days or are they completely different animals?

NM: Oh they are completely different—I mean they are so different. I think that, if anything, the modelling and travelling sort of got me prepared for and helped me get along with people that you have to meet and who you have to work with very quickly and rapidly. So I think that maybe that helps— sort of the social aspect, but the work and the energy and the care that goes into a TV show, the responsibility and just the scale of everything is so much bigger. The fashion world is just much smaller. But also for me, personally, and not to make light of the work that I did, but that was something that kind of fell into my lap that I ran with, but there’s not a lot of ownership and responsibility for what you’re putting out there. In the fashion avenue it’s really somebody else’s clothes, somebody else gets to pick it, and with being a series regular you get a certain validation and a certain license to be part of the creative process, which is something which I’ve been looking for all my life. [laughs] From working on these last two shows, I’m like “I want to continue to be in this industry all my life”. 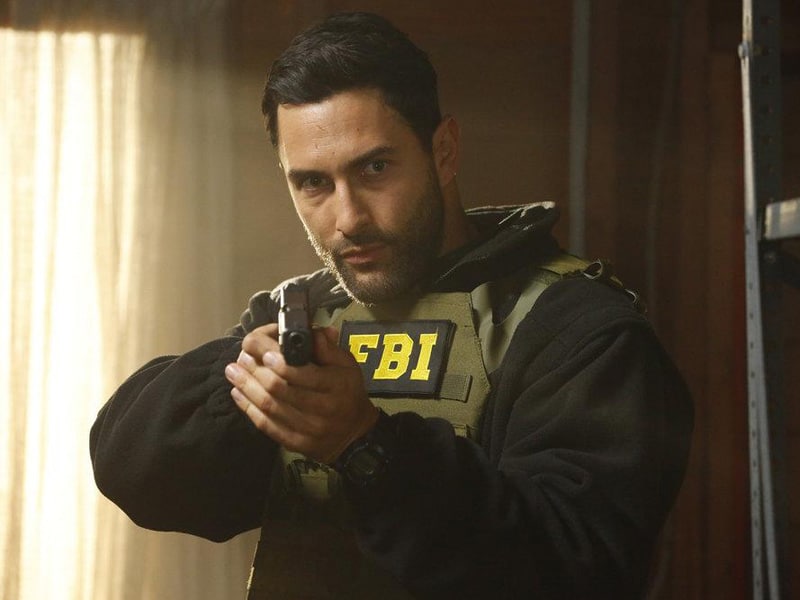 BT: What’s something that you’ve taken away from having created your own short film?

NM: One thing that I keep telling myself is don’t be scared to put creative stuff out there, because it’s scary to put something out there that you have written or that you have real ownership of. The modelling stuff, for that I didn’t have to take ownership. It was like “oh, I’m in the picture”, but it doesn’t really matter to me. But now, pushing forward, it’s like yes, to be on a TV show and to take ownership of that character. And then beyond that, there is potentially writing and creating your own material, or doing a film where you have to be much more vulnerable or the character or whatever has gone through. Because I think that on TV, it’s a certain beat, and I’m looking to be much more challenged in more personal roles as well as more humanistic roles. So I keep telling myself “keep creating – no creation is bad. People can judge, that’s just life. You gotta be fearless, because for every person that judges and doesn’t like it, there’s someone that fucking loves it.”