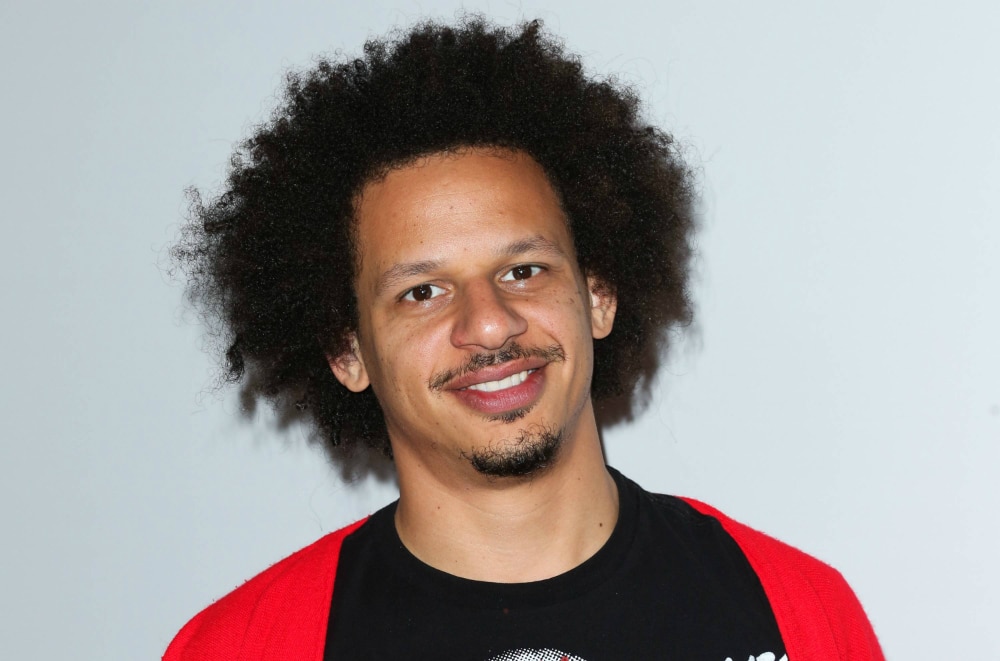 The world’s first ever 24-hour Adult Swim channel is now available in Canada and is engaging viewers around-the-clock through its bold and irreverent voice and diverse slate of new and returning animated comedies and live action programming, including the hilarious and unpredictable The Eric Andre Show. It was therefore an absolute pleasure to speak with the host of The Eric Andre Show, Eric Andre, about memorable moments, what to expect from his guests, and he even surprised us with a connection to his next project, the hugely anticipated live action Disney’s The Lion King, in which he plays one of the three spotted hyenas, Azazi, alongside Florence Kasumba & Keegan-Michael Key.

The following is a condensed and edited version of our interview with the maniacal and yet kind of sweet Eric Andre.

Brief Take: Congratulations on the huge success of your show! I’m curious, has this show changed the way that you feel about participating in interviews yourself?

Eric Andre: I’m paranoid when I walk into an interview because I feel like karma is waiting around the corner or someone has the idea like “hahahaha, I’m going to torture this guy back, see how he likes it”. But it’s never really happened. There has been a couple of attempts, but I’m typically so much more experienced in the torture business than the interviewer, that I put the kibosh on it pretty quickly. So I’m not truly malicious or sadistic, I’m trying to make captivating television. [laughs] It doesn’t always work but I try, and I’m just razzin’ people. “I don’t really wanna hurt nobody”, as they say.

BT: What was the moment in which the show sort of fell into place?

EA: Well the show continues to evolve each season, but yeah, I feel like we found our voice. I’m not saying that I’m a master or a completely self-actualized human specimen, but I feel like this show has a distinct point of view.

BT: What sort of reactions are you seeking?

EA: It’s the best when the guests don’t get it at all and react in an organic way to not getting it all. We don’t do fake reactions, they’re not reacting, it is real–it is a Sacha Baron Cohen approach, like we are out for results.

BT: You made Lauren Conrad walk off the set, correct?

EA: Yes, and I interviewed the rapper T.I. and he walked off the set. My goal isn’t to make someone walk off the set, but that is definitely an emphatic reaction to the interviews.

BT: What about when you bring in guests that you already know and who are expecting to be roasted?

EA: You know, there’s a couple of people to whom we couldn’t say no, just because they were such A-list celebrities and it just wouldn’t feel good. Jack Black and Seth Rogen had watched the show, but they don’t know what I am going to do to them, so their reactions are still genuine. But for the most part people are coming in completely blind and they don’t even know my name, so I would say that 99 per cent of the guests are walking into a psychological torture dungeon, like I’m like Jigsaw from the Saw movies.

BT: What about the off the set material? That’s filmed separately, right?

BT: What about getting recognized from the on the street bits?

EA: Sometimes we get recognized and I have to walk around the corner, wait for a beat and then walk back, the good thing about filming in New York is that pedestrians aren’t so fleeting. It’s just like a wave of people, there’s like tidal waves of humanity walking down the street at all times. And a lot of times, I’m in disguise, I’m dressed as Ronald McDonald, I’m dressed as like a human potato, so yes, my anonymity is being chipped away at and it doesn’t stop us. I mean look at Impractical Jokers, those guys are widely successful right now and they continue to shoot in New York every day. They come into that problem too, in which they get recognized every once in a while. I’m not shooting in Williamsburg, Brooklyn, pranking hipsters, because then I’ll get recognized every five seconds. I’ll go to the South Bronx or something.

BT: Does your role in Disney’s The Lion King connect to The Eric Andre Show?

EA: Yeah, surprisingly it does. Jon Favreau is the reason I’m in The Lion King. So Jon Favreau says that the only TV show that he and his son can agree on is The Eric Andre Show and it’s like their bonding time. That touched my heart like you wouldn’t believe. I have great admiration for Jon Favreau, he is so grounded and sweet and smart and incredibly talented and intelligent, and the fact that he reached out to me directly and was like “You should be a hyena in The Lion King“, I was like…[laughs] that is the most flattering casting of which I have ever been a part so yes! It is a direct result of the show.

Adult Swim airs The Eric Andre Show Monday to Thursday at midnight, starting from season 1 and rolling through to season 4